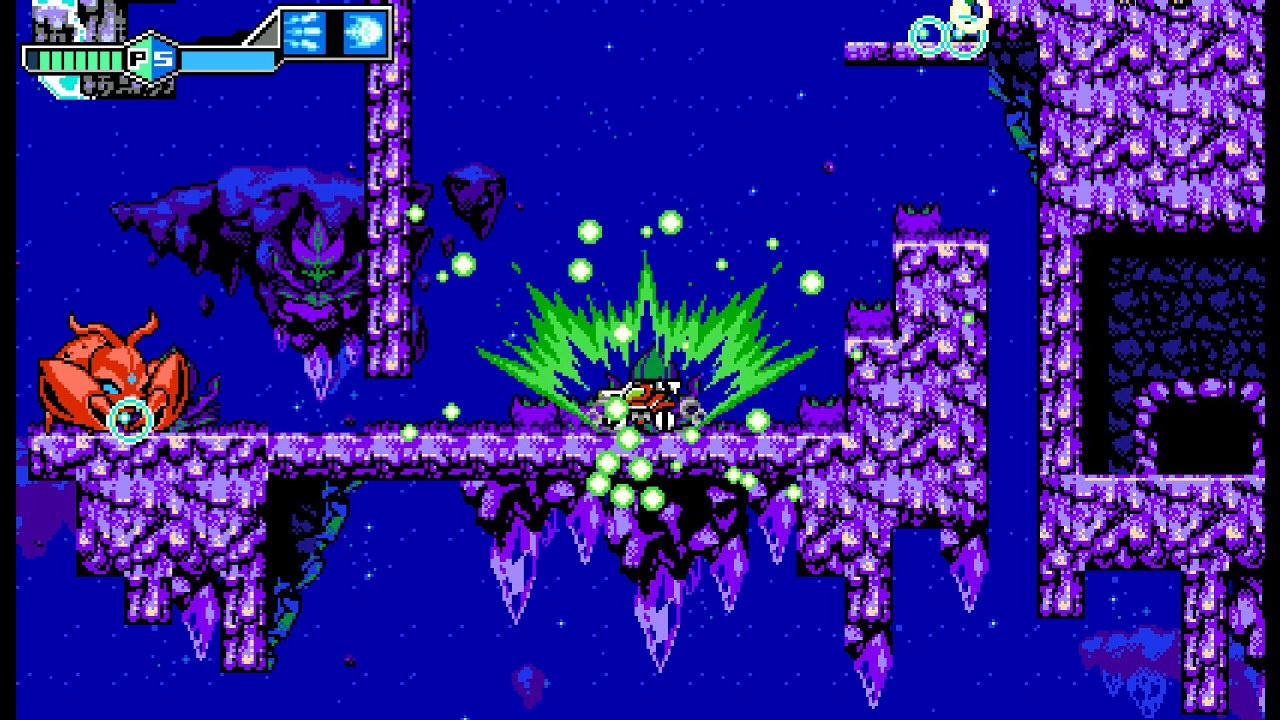 You’ve really got to hand it to Init Creates. Being able to reimagine or reboot a classic NES title is nothing short of a legendary undertaking, and yet that’s what they set out to do so many years ago with Blaster Master Zero. The title was so well known and ingratiated in the minds and hearts of old school gamers that it was a mammoth undertaking, but there was solid delivery and a really strong, tight balance between source material and original concepts. Watching the evolution of Jason, Eve and SOPHIA III was surprisingly engaging, giving something that a lot of NES games seemed to lack: character development. Still, when all was said and done, we had a tightly wrapped package that was more arcade adventure than anything else, with plenty of DLC characters to give variance in gameplay style and incentivize replay through multiple iterations. Yet there was more to tell, and more to show, which is why Init Creates has surprisingly (and excitedly) brought us Blaster Master Zero 2.

Firstly, they’ve done a great job of extending the storyline without needing to retcon or change anything from the original. Essentially, Eve was infected by the Mutant Core at the conclusion of the previous game, and the cells that entered her android body really flared up and multiplied once they got back to Earth. Jason, not willing to simply let Eve die, grabs Fred the interdimensional frog and puts Eve back in the chassis of SOPHIA III, as they head off to find a cure possibly back on Eve’s home planet. However, it’s only a short ways into their journey through the space and worlds that they see there might be a much bigger problem at hand, with hosts of other creatures, mech drivers, Access Keys and some seriously massive story twists happening that I can’t even hint at because they come out of left field. I want to say that Init Creates did a phenomenal job of making sure that the changes in the story and the direction were organic and logical: nothing felt like it happened out of the blue or without some kind of foundation. 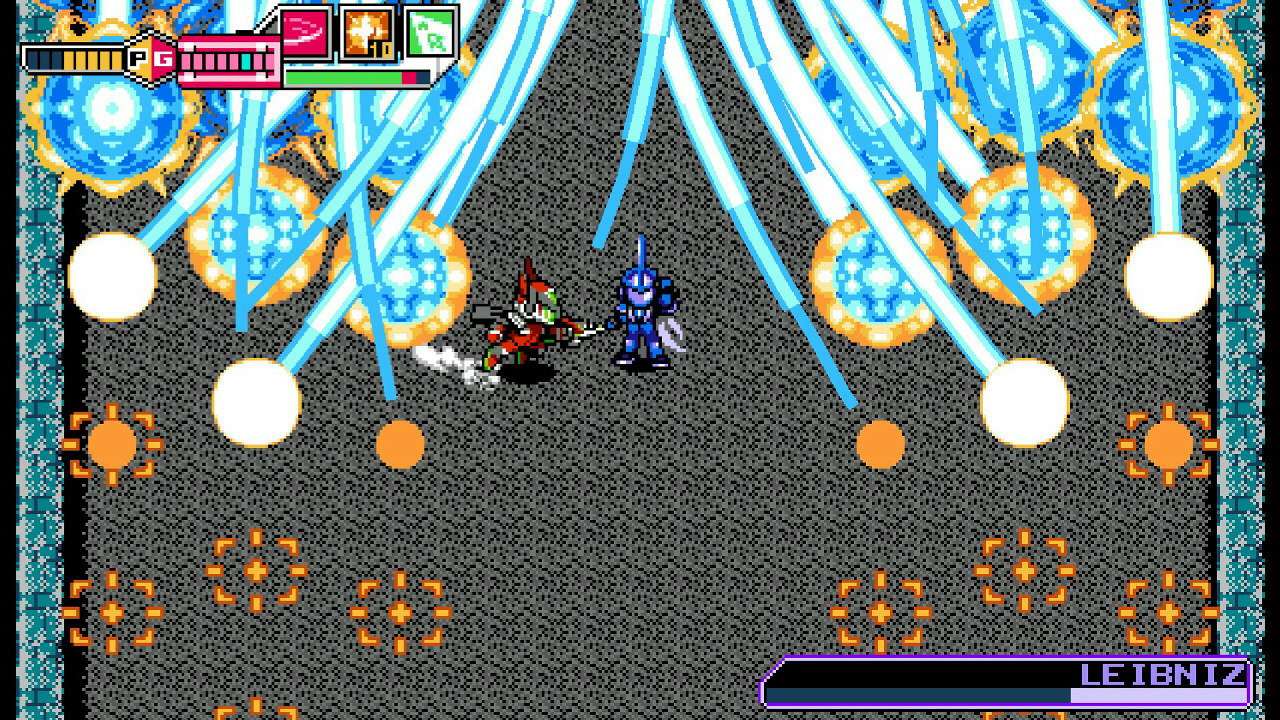 Graphically, Blaster Master Zero 2 bring some of the same level of pixel dense retro design from the previous title, but with a much higher color palette, especially in various “cut scenes.” Whereas the first game felt like a fantastic upgrade to the original with some modern influence, Zero 2 brings this sensation of being in a world apart, a completely new universe that, theoretically, could have serialized sequels. Being able to expand out and see how different planetary systems and areas are connected (and you’re able to travel between them) adds a grandiose effect that wasn’t present in the first game, despite it also taking place across several planes. I really enjoyed all the different variants of worlds, from the darker and bleaker “empty” worlds to the lush, green planets and even the ones covered in festering magma. When the game takes a moment to pause the action and show you interactions between Jason and Eve, and you get portraits and shots of their full persons, it really reminds you that this is a cutting edge game that make a pixel choice, and made it extremely well.

Now, diving into the gameplay itself. Like the original, Blaster Master Zero 2 asks you to have the duality of exploration inside your Metal Attacker (the technical name for the SOPHIA III vehicle) and stepping out to explore as a small, squishy humanoid. There’s a proper balance struck here between when big events happen within the vehicle and outside, which I felt was a good upgrade from the previous game. Most of the time in Blaster Master Zero, I felt like I had to fight bosses in the 2.5D perspective of foot exploration, yet Zero 2 offers equal boss fights in balance. I enjoyed my time in the SOHPIA III more than I did on foot: the levels tended to be a bit tricker to explore, and there was a lot more careful platforming and taking risks than simply “figuring out the way.” As the upgrades rolled in, things became easier to navigate, and I gradually gained more control, was able to hover and jump to places better, and deal with obstacles (both passive and aggressive) in a more efficient manner. That’s a note of information that I felt resonated throughout, and I’ll get to that more in a moment, but the game starts off incredibly difficult in some aspects and, over time, becomes easier simply through better understanding and mastery.

For example, when traveling in the SOPHIA, you really get used to relying on the hover to reach higher places, but that uses up your SP at a shockingly high rate. Once I realized that wall jumping could be used in conjunction with hover to reach places and actually conserve SP, I suddenly had a much better time in exploration. Or, on the other hand, moving as Jason, realizing the ability to counter also gives an immediate cooldown to my secondary weaponry, meaning that you can become an absolute machine if your timing and technique is solid. That’s what I absolutely love about Blaster Master Zero 2 is that it rewards players for getting better at the game. While it’s seriously hard at the beginning, the game doesn’t continue to ramp the difficulty significantly (it does continue getting harder, but it never gets unfair). Instead, you’re tasked with reading what Eve has to say, paying attention to notes and details, and, in some cases, finding out quirks on your own to make the game more playable and smooth. You can hamfist your way through the game by dying over and over until you get it right, but you might take upwards of twenty hours to finally get to the very, very last boss. Getting the moves down and knowing when to dance cuts that time in less than half, and makes you feel better with playing it. 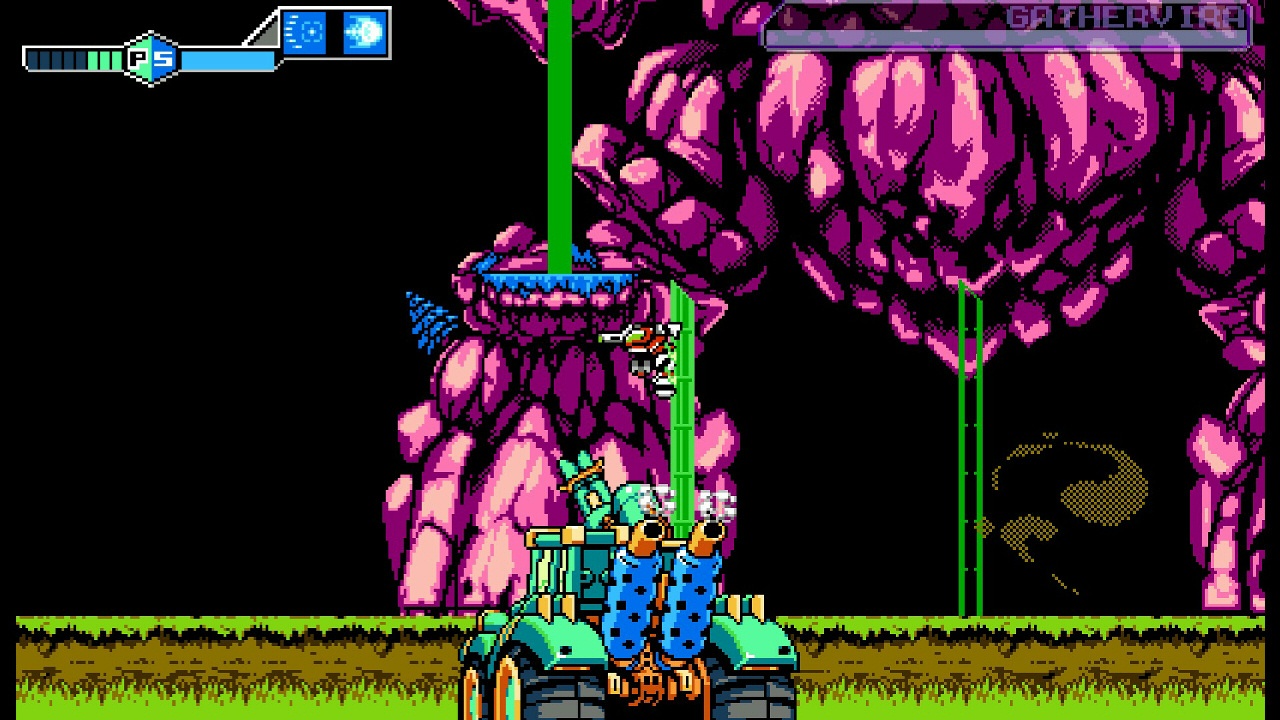 But the biggest takeaway is the potential for more. When Blaster Master Zero 2 ends, I feel incredibly satisfied with the story arc that Eve and Jason have shared together, and think, now, they can rest and enjoy the future, potentially together. Yet the inclusion of more Machine Attackers in the universe is exciting, and I want to know more about the other planets and the other drivers. I would adore a DLC side mission that puts you in the shoes of Kanna, easily my favorite NPC added to the game, and I think we could see greater storylines spin off in future expansions, using what was fashioned and perfected over two games to make a whole new gaming future. I understand that most people will be satisfied to simply have the two Zero games, as they encompass some great duality. The first has the interchangeable (and differently powered) characters for more of a “run and gun” feel, whereas the second is more story driven and I couldn’t imagine swapping Jason out with anyone else (actually, I think it’d be impossible). Still, my thirst isn’t slaked: I want more.

Let that be the final note to end this review on. Blaster Master Zero 2 does such a great job of showing the improvements in the combat, the world design, the storytelling and the overall quality of an already impressive game that I’m already interested in more. I have to commend the handling of this IP, and can honestly say that, at this point, we’ve surpassed the original.

The first was an homage, but Zero 2 officially puts the new world of Blaster Master as a standalone, exciting universe of action and exploration.