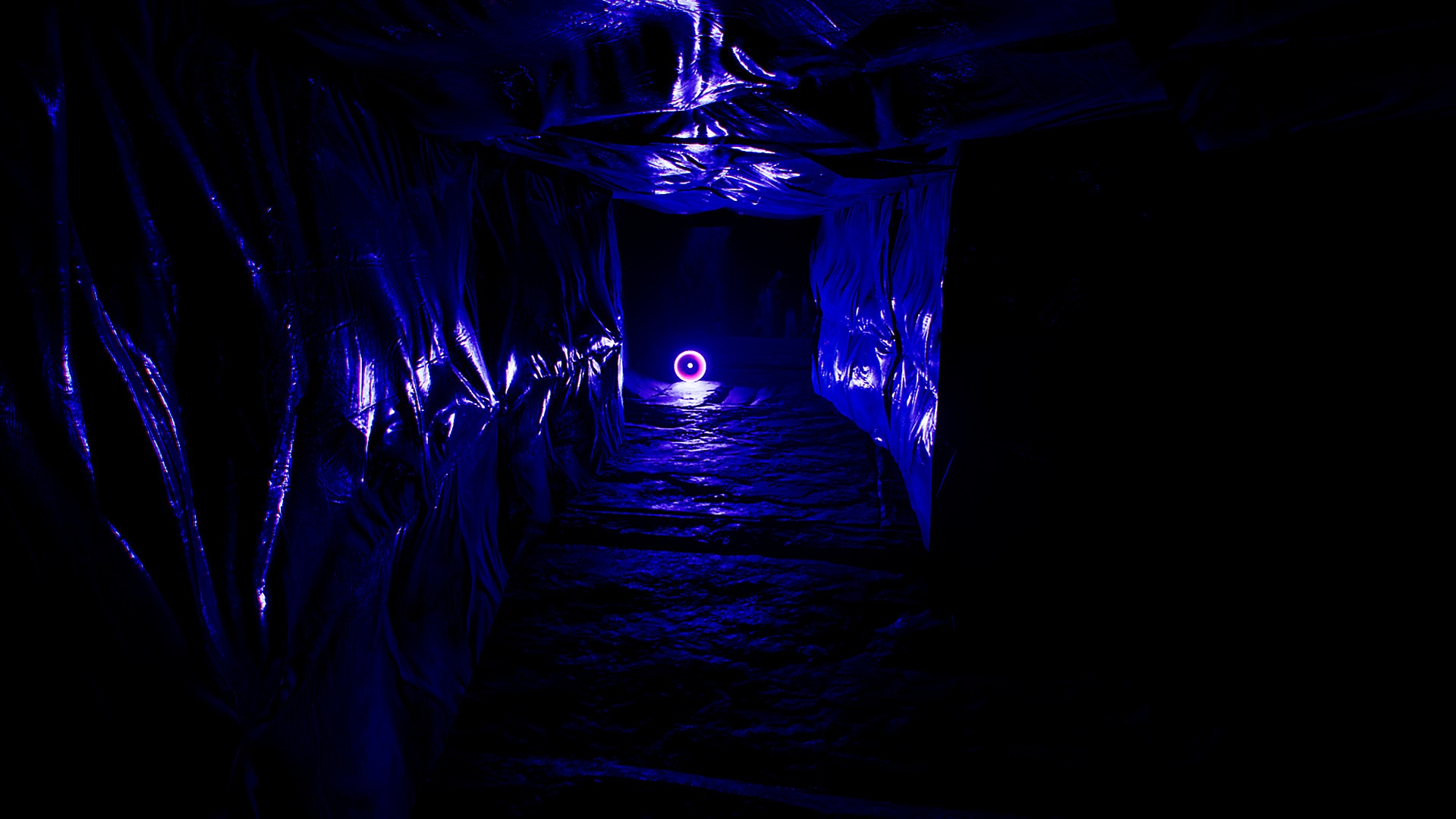 Many have been calling the current generation ‘the Renaissance of horror games’, as both AAA and indie developers have brought back this beloved genre seemingly back from its unjust grave and while even I agree that titles such as The Evil Within, Resident Evil VII, and the recently released Resident Evil 2 Remake were some of the best games of this generation period, then even I fail to recognize the above described statement as true, as for the most part, the modern day horror genre was all about the hype stemming from YouTube clicks, and Twitch views. As games such as Soma, Outlast, and even the Call of Cthulhu were nothing more than tag simulators, with a hint of jumpscares.

Modern horror games, for the most part, are rather disappointing, as they all centre around running away from the threats which they present and hiding in conveniently placed lockers and wardrobes. When I first read about S.O.N. the recently released horror exploration game from RedG Studios, I was over the moon – to say the least, as pre-release, the developer has underlined that S.O.N. will not be another digital rendition of hide and seek, nor tag.

S.O.N. like your SOMAs and other Amnesias, is a first person horror adventure, but the studio behind the title has strayed away from inserting immortal creepers, or any other serial killers into its game, and instead decided to source its horror from the ever lingering sense of dread and tension and S.O.N. builds those through environmental exposition with auxiliary story telling. While such approach wouldn’t work for every game, then fortunately it works incredibly well within the remits of S.O.N., as this particular title is telling a very interpersonal story of an individual haunted by his life choices, rather than tale of a news reporter who is trying to score his big break into the lime light, by breaking into an asylum or a haunted house. 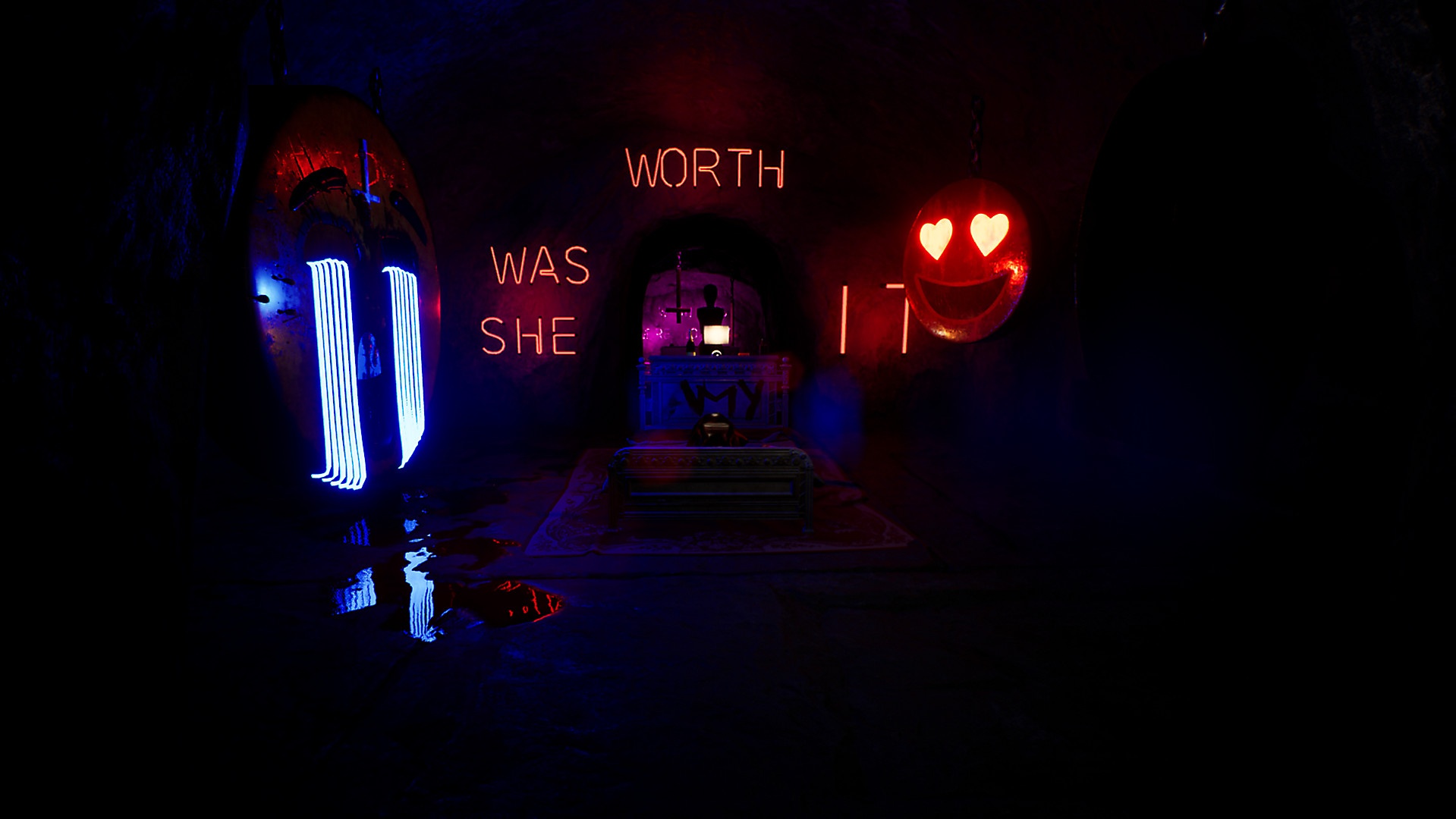 In its premise, S.O.N. is downright incredible as it shuns the industry trends, and stick to its guns from the start, all the way until the final credits. But done to death tropes is not the only thing that S.O.N. has ignored, as in comparison to other games of the genre, in particular The Observer, or Layers of Fear, it also completely disregards modern standards of quality, and polish. As overall the experience which S.O.N. offers feels rather undercooked, and in a large part incomplete. And that’s due to the fact that the title’s execution and some of its design choices leave a lot to be desired.

If you were to head to PlayStation’s States side blog, you’d find a blog post full of stunning, and luxurious screenshots which could lead to believe that S.O.N. is a premium horror experience. But reality in this instance, couldn’t be further from the truth. As while the title in question does have some moments, it is generally years behind the modern horror. Its textures appear tired and dated, a large portion of its modelling is rather blocky and crude, and the overall level design feels forced and ham-fisted, and it is not uncommon to find a building with the snow protruding though the floor.

S.O.N. is certainly not a looker, but what drags this particular title even further down, is its rather underwhelming technical performance, which persists throughout, as pop-ins, both in terms of objects and textures, appear from the very beginning, all the way until the very end. It is not uncommon for the title to load-in the majority of its scenery, only when you, as the player, are mere centimetres from it. To be frank this is not a good look, as it leaves a rather bitter, and lasting first impression which lasts until the very end.

This particular title is split into two halves. The first takes place in a somewhat dense and haunting forest, whereas the other unravels within an underground tunnel system. And while the first suffers greatly from the above described issues, then the second does perform a little better. However, and this is a big ‘HOWEVER’, the latter part of the title does have its own problems and those mainly relate to the level design, which feel quite random. Not to spoil too much, all I am going to say is, that it is not uncommon to stumble across a zombie locked within a single chain-link, which itself is barely attached to the wall. 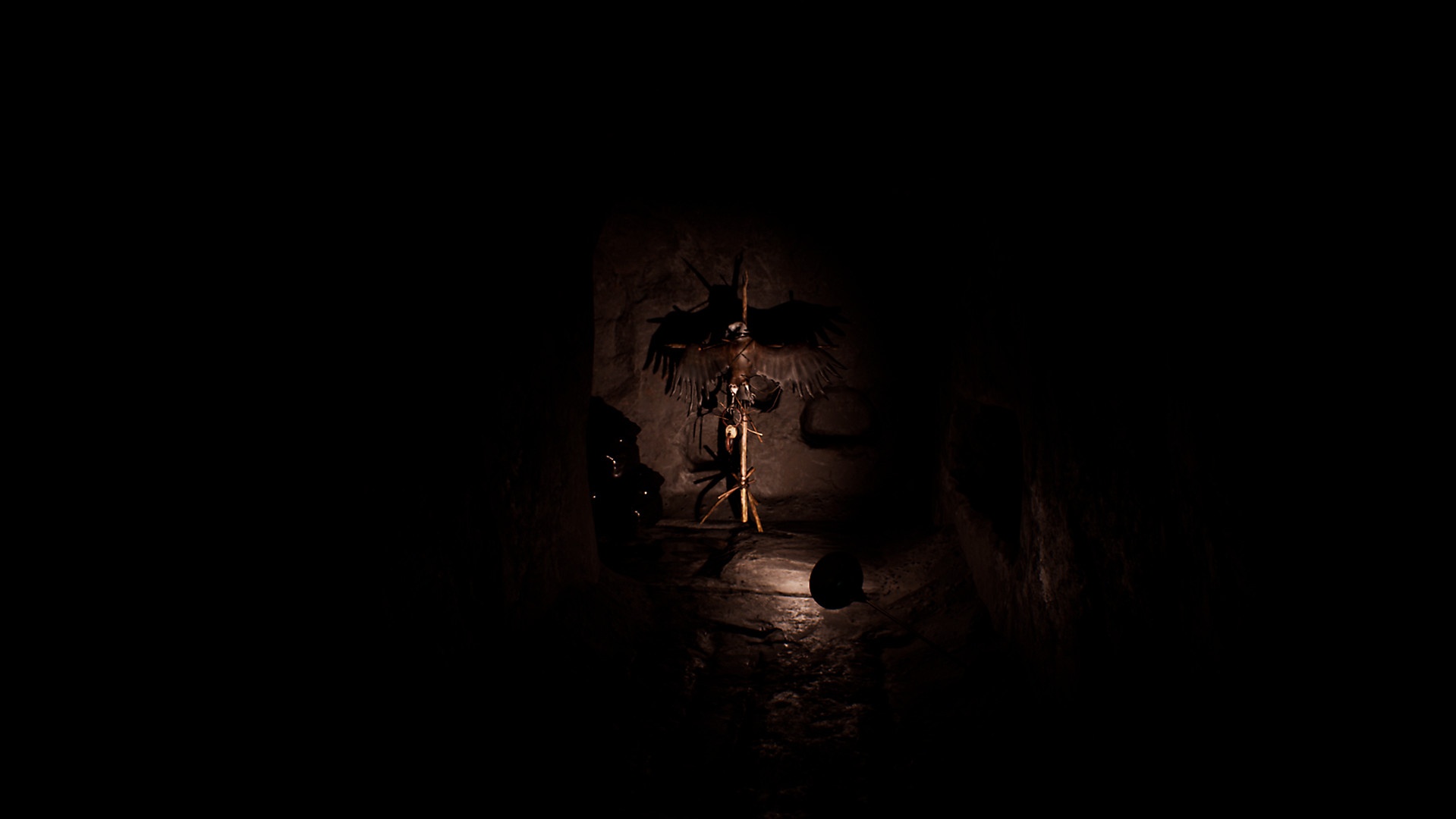 Personally, I enjoyed my time with S.O.N. immensely, but its lack of polish, and sheer abundance of issues, is incredibly troubling and the gameplay doesn’t help much either, as the basic movement, even while sprinting, is incredibly slow, and action controls are incredibly temperamental, as it is not uncommon for you to have to spin around a dangling key, while spamming face buttons just to pick it up. Those of you with short fuse, or general lack of patience may simply refuse to have a song and dance whenever an item has to be collected.

Playing S.O.N. feels like ordering a steak in a restaurant, but getting a sushi instead. It is still somewhat OK, but instead of hot meal, you are getting a piece of raw fish with some cold rice and while I was fine with what I was offered, then I think I would have been rather disappointed if I paid full price for this particular game. Overall, it feels rather unfinished, like it could have been great if only it has spent another year in development. Throughout the rather short, hour or so journey, you keep stumbling across scenery and items such as a short wave radio, which feel like they could be extended features, which feel like they could transcend the game. But in the end, they become nothing more than a dead afterthought.

Ultimately, S.O.N. is not a great game. It has an inkling, a dying ember, of excellence hiding deep inside it. But the title’s undercooked state, baffling design, and finicky controls all do their best to bury such deep inside and if you are a fan of horror, you will surely appreciate this particular game for what it has tried to achieve. But if you are looking for the next Observer, then you are only going to walk away from S.O.N. disappointed for everything it has failed at. and as you have had a chance to read, there is a lot of it.

S.O.N. is a title which strives for greatness, but due to its lacklustre design, and subpar execution, it fails at the very first hurdle and can’t even dream of reaching the finish line.