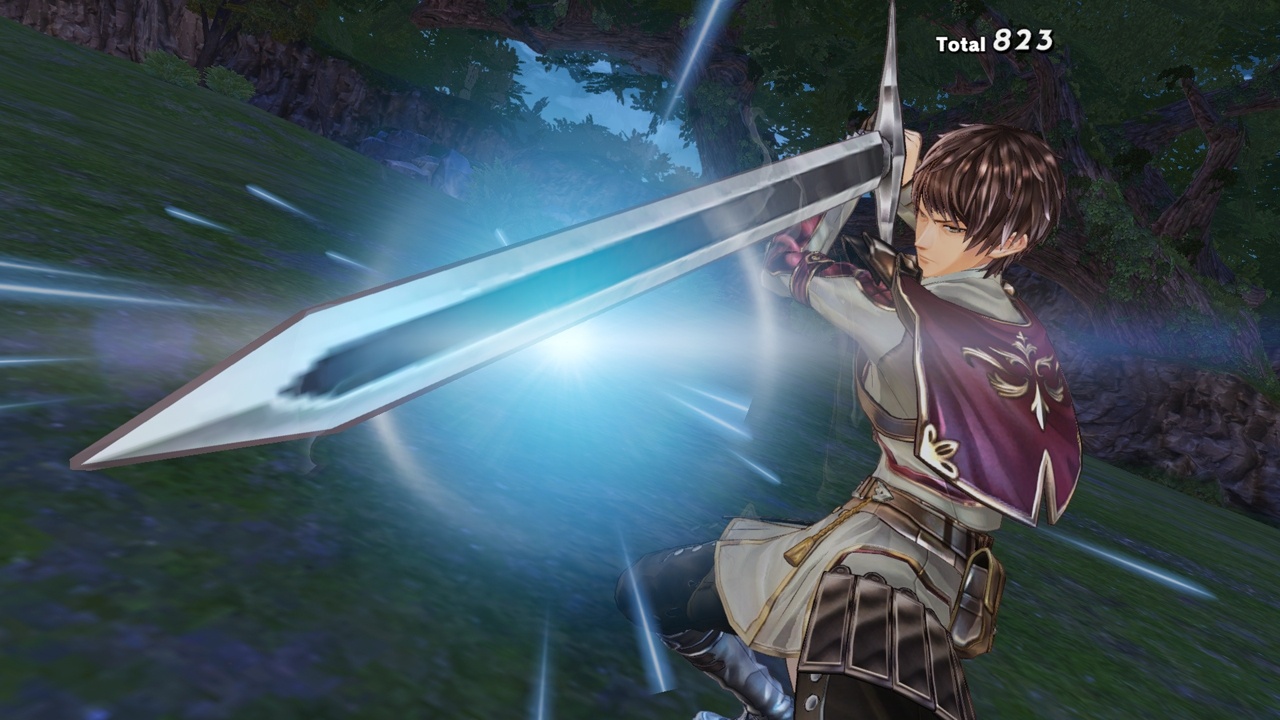 The Atelier series is such a delightful little undercurrent of gaming for me. Growing up with a lot of the classic JRPGs front and center, I missed both the Vita and PS3 generation of gaming, mainly due to money constraints, and I slept on this series from Gust (and now Koei Techmo) purely due to happenstance. Yet the Nintendo Switch has been a powerful stomping ground for niche titles and series to test and see if they can still get traction in today’s age, and the Ateliers have been pretty successful. Though I was arguably less-than-impressed with the last title (which was arguably a far cry from the originals), it was good to see that we were still moving forward with new entries. Now, with a simultaneous release on multiple consoles, the Switch is ready to be at the forefront of the Western localization of the latest iteration. Welcome back to the world of Arland with Atelier Lulua: The Scion of Arland.

There seems to be a great fear to deviate too far from familiar territory with the Atelier series, because Gust and company constantly circle back to the tried-and-true characters they’ve previously created. As Nelke was positively drowning with references and callbacks to references from games before, I was hesitant to jump into Lulua since it had the “Arland” tag on the end. I thought that maybe that saga had finished, and we could finally move forward with something new. Then again, I was so utterly disappointed with how Meruru ended the trilogy that a new chapter might not be the worst thing. This time, we’re in the company of Elmerulia Frixell, continuing the saga of having absurd names with cute nicknames (hi Lulua!), and it’s definitely a legacy thing. If you recognize Frixell, that’s because Lulua is the daughter of Rorona, the alchemist that started the whole mess at the very beginning. You might also have guessed how this opens up: Lulua wants to be a great alchemist like her mom, there’s lot of pressure, suddenly she has obligations to make formulas she’s never done before, she’s nervous, friends help her, etc. You might be inclined to think that we’re back to square one again, and, in some way, you’d be right, as we’re helping a young girl get her bearings and finding glory all over again. Thankfully, however, there are some immediate deviations that keep things interesting. 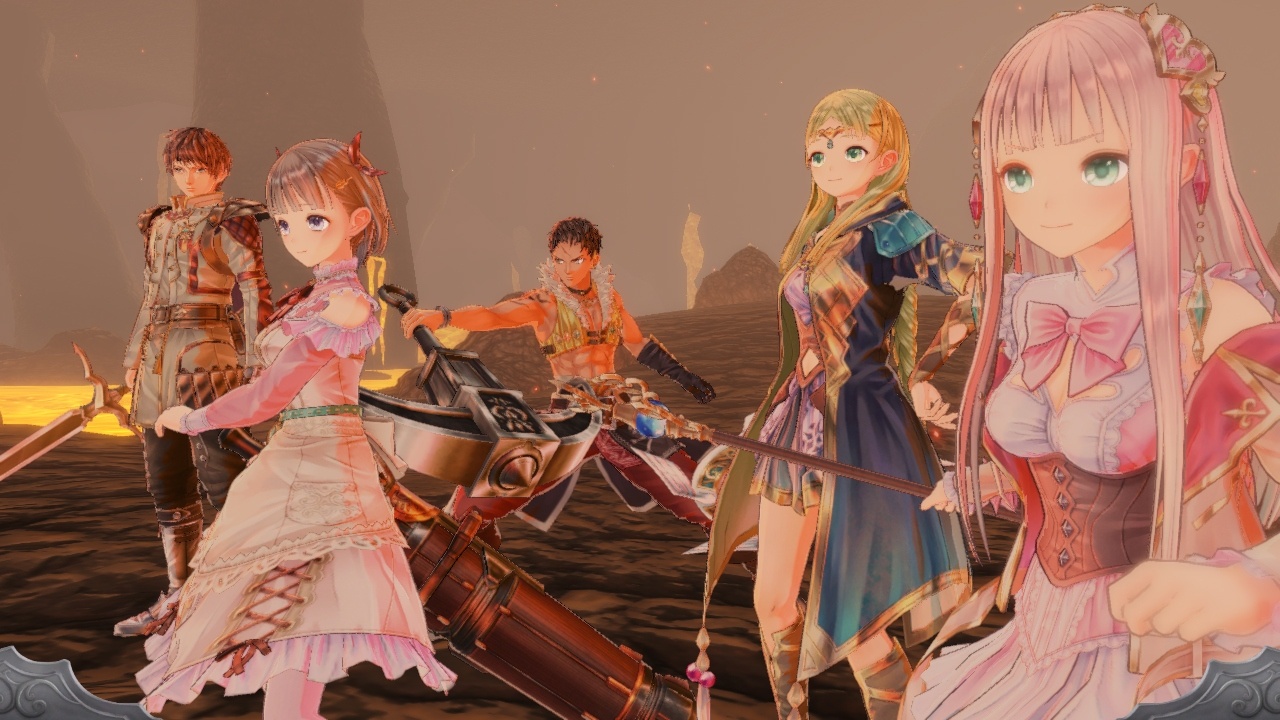 Within minutes of starting up the game, Atelier Lulua sets the pace with surprising and strange choices for the storyline, and I think it keeps things fresh. Whereas the previous games seem to have set the stage immediately and then just doggedly following the same goal for the duration, Lulua often changes up where she’s heading from chapter to chapter. Sure, we start off with the traditional “prove we still got what it takes in the Frixell house” motif, but then we’re trying to discover secrets and mysteries surrounding the tome that drops onto Lulua (literally) during the prologue. There’s this book that only Lulua can read, and it acts as both a framing device and a plot element to keep the entire game going. Each page is obfuscated with unknown components for recipes,and you need to adventure around the map, figuring out what’s needed in order to decipher the clues and obtain new skills (and ultimately move the story forward). It’s honestly better and less time-pressured than a lot of the old Arland games were, and it gave a fresh take on gaining information rather than just “keep talking to people until everything works out.”

If you’re interested in really dumping in the time and efforts with a game, Atelier Lulua has you covered with what seems like a neverending series of sidequests. By visiting the Golden Axe Tavern and conversing with Lisa (the proprietor), you can take on a bunch of no-penalty missions that only benefit you. It’s such an easy thing to do that it’s a wonder how often I forget about it, but having a few of these minor missions stacked up leads to extra coin, ingredients and honestly better incentive to engage in battles when I know I don’t have to.

Speaking of battles, Atelier Lulua does a bangup job of actually making the combat in an Atelier game worthwhile. Sure, there are boss battles and rare drops that come from beating up cute bad guys, but there’s such a variety of wild things that happen in combat now. Lulua has the ability to “Interrupt” combat at any time when her gauge is full to jump in and throw down a potion of her own making. Due to the hot key system that comes with it, you can even stop an enemy’s attack in order to administer an emergency healing salve or toss a bomb of elemental damage to try and end the battle before things get too far. Characters develop such a wide variety of attacks and sub attacks now, and you can stack and design things based on whether you have them in the front row (deal more damage, get more damage) or back row (less damage, range is ideal, best for constant spell casters). While previous games made combat feel like a mandatory thing that was shoehorned in to prevent the whole experience being “go pick herbs and berries,” this combat is engaging, forcing me to think about things both in and out of battle, as I carefully assign passive skills to my equipment to best enhance my support and offense properties.

Alright, so the combat is good, the way the quests are paced out is good, I’m enjoying the magical book…are there any drawbacks to Atelier Lulua? Well, there is a matter of the limiting map. We’re back to a very controlled and tight pathway to explore for each and every area, which can feel disappointing after such a big leap forward in graphics and design. Lulua can’t run, but she can jump and walk around, checking hither and thither for ingredients, yet if something is slightly out of the way to get to, she sort of gives up and forces you to run all the way around the map to get to things. If it looks like there’s a shortcut to reach a certain area, there definitely isn’t: you need to follow the pathways that Gust carved out so that the game doesn’t get mad at you for skipping steps. Events triggered by entering specific spots are pretty controlled, so I don’t understand why I can’t just jump over this low-lying fence and get right over there instead of needing to waste my time looking for a break in the wood. It’s an annoying facet that only gets worse as time goes on and you need to constantly double back to familiar spots. The fast travel system is back to quickly get to familiar spots that you need to reach, but that doesn’t help you at all when reaching a troublesome spot on the map means spinning in circles. 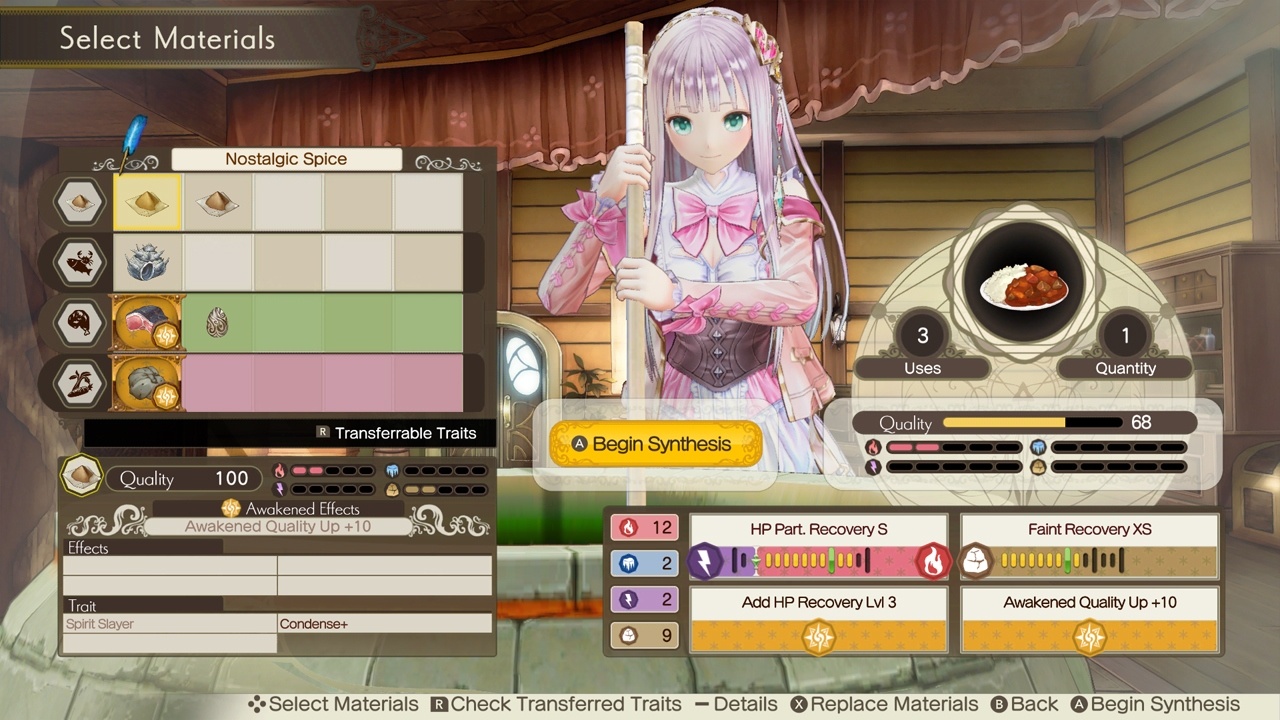 Additionally, I can see that some fans might be disappointed in how Atelier Lulua is treated in comparison to the other titles. I really enjoy the fact that Lulua is attempting to make a fresh start, though with plenty of references to characters from other Atelier games (even her teacher, Piana, is a grown up side character from Atelier Totori). Lulua herself is charming, sweet, and self-depreciating without being too hard on herself. There’s plenty of anime-style humor moments and good writing, and I like seeing the characters attempt to carry themselves without needing to lean on their past to satisfy the future. There’s a lot of blowback because certain characters from past games will be paid DLC for this one, but to that I say: why? Having old Ateliers in the game won’t change it, and would honestly overshadow what Lulua is trying to do herself here. If you want to add Meruru to the game because you can’t get over it, then pay the cash and DLC her in. She doesn’t affect the main storyline, so, if you’re that dead set to add her to the game, pony up. I like Lulua, Eva, Ficus and many others. It’s cool to see Rorona all grown up, but we already did that with previous games. Lulua may be a bit spastic, and some characters are a little threadbare with backstory, but you can only put so many hours into a game before it becomes insane.

Lastly, Atelier Lulua is a massive graphical improvement in the land of Arland. As the last time we stepped foot on these shores were through a PS3 port, seeing native shading and design on a current generation system was a delight for everyone around. The characters are well animated, giving plenty of movement and life without being too bobbly and strange. Watching the landscape shift from morning into night over the course of time was a visual treat, and there’s plenty of variety in strange swamps, barren plains, otherworldly ruins and the comfortable hamlet of Arklys, to name a few. Not every single NPC is voiced, but the choices of actors and actresses for the main characters was well done, injecting plenty of personality (both kind and snarky) into all flavors of beings. I enjoyed the opening song quite a bit, and I think that having even more costumes with future DLC (some of it free) will add a bit of flair to the game. Honestly, with current generation graphics, the heroines are finally able to achieve the cute aesthetic of their PS3 predecessors without the obvious polygons of time in place.

Fans who are looking to merely watch a parade of references and nods to previous Atelier games will not enjoy Atelier Lulua: The Scion of Arland.  You’d be better off sinking more time into Nelke and watching the body count pile up. No, Lulua, like her mother before her, is trying to make a name for herself without needing to ride on coattails to get there. She’s a solid heroine in a surprisingly massive game that keeps core components of the Atelier series alive without needing to completely copy other titles. I personally like this immensely, consider it my second favorite to date, and recommend to anyone looking for an atypical JRPG to give it a try. Sometimes, it’s not about finding the Masamune or killing Lavos: it can just be about formulating the perfect salve to help a friend.

Brimming with promise and originality, Atelier Lulua does her mother proud by setting off on an original journey while keeping core game play elements alive.