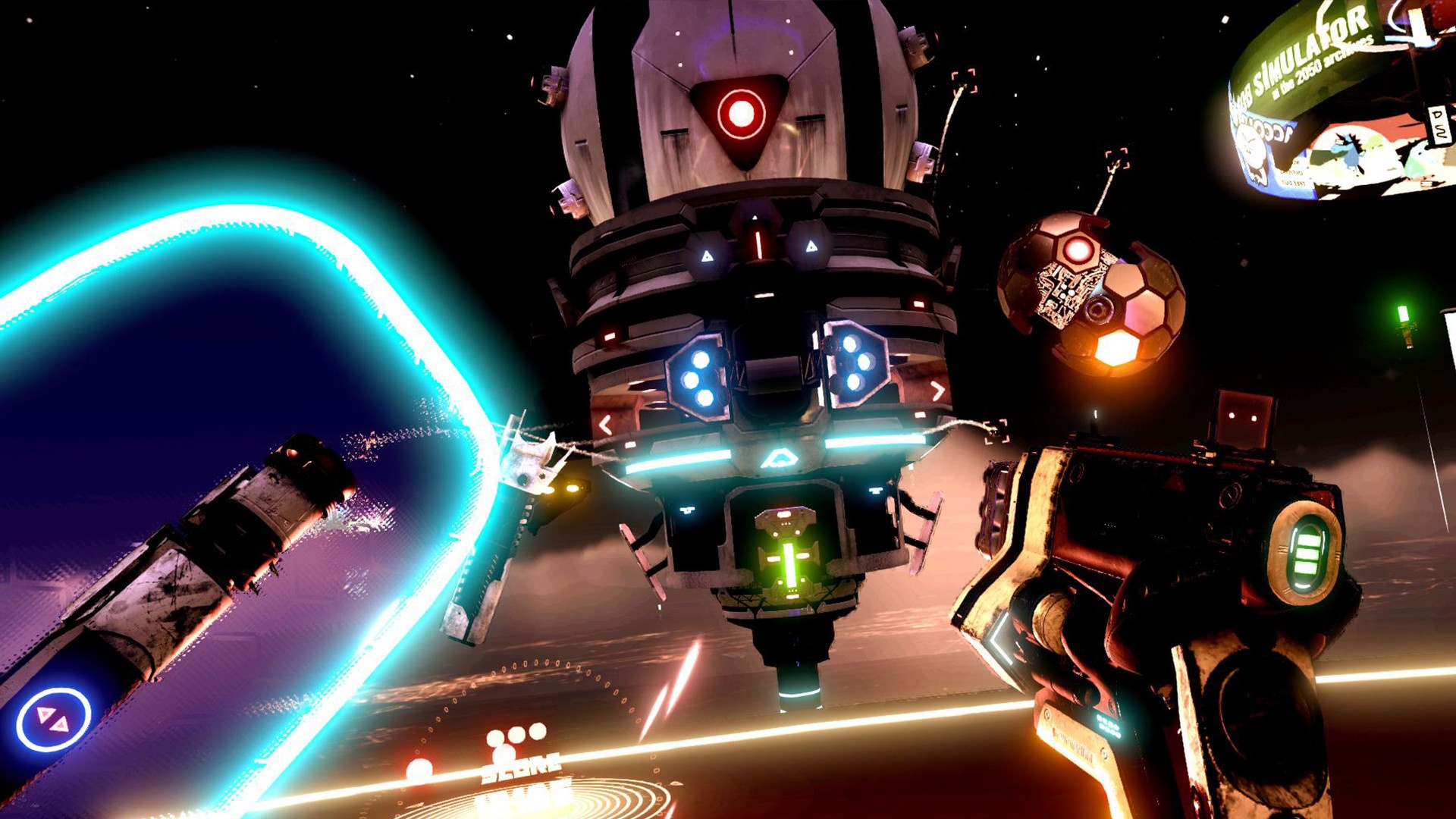 It is time to try out another PSVR title, this time it is Space Pirate Trainer by I-Illusion. Space Pirate Trainer was originally out in early access in 2016, with a full release around October 2017 for VR on PC, and now it is available on the PSVR. An arcade style shooter that will have standing up and avoiding fire from druids, while firing back at them. The question is, is it any good?

First off let me just say you are going to need some room to play Space Pirate Trainer, as it can require you moving around a bit in order to dodge. With that said, let us get into it, and see how good Space Pirate Trainer is, and if it is worth your time and your money.

Space Pirate Trainer is an arcade style shooter. The aim of the game is simple, try to survive for around 30 waves. The further into the game you get, the more droids you face on screen, as well as harder droids to take down; you will also encounter bosses as you progress. You get 2 guns at your disposal, which have 6 modes of fire. Ranging from single shot, to firing grenades and lasers. What is more, if you reach behind your shoulder you replace your gun for a shield, reach behind your shoulder again to swap back to your gun. The shield can help block fire, as well as fire a pulse that can explode incoming missiles. You are also able to switch modes so it becomes a volton that will power up defence towers that can shoot droids that are close to them. You can also use it to grab droids and swing them around the place…. Which I have to say is rather amusing.

Space Pirate Trainer comes with four modes for you to choose from, the first one being Arcade mode, fitting for the style of game this is. In this mode you will get three lives in order to see just how far you are able to get. There is also bullet time in this mode, so as the droids fire at you time slows down and you have the chance at shooting the bullet before they hit you and take a life from you. One of my issues with bullet time is at times it can in fact be slightly off-putting, more so if you are already firing at enemies, with time being slowed down. Even more so when using the grenade gun mode, having the explosion remain on screen for a bit can make it harder to see the other droids. Get hit three times and it is all over. You do not regain lives each wave, it is three hits and out. At the end you can see where you place on the leader boards and try again, in the hope of moving up. 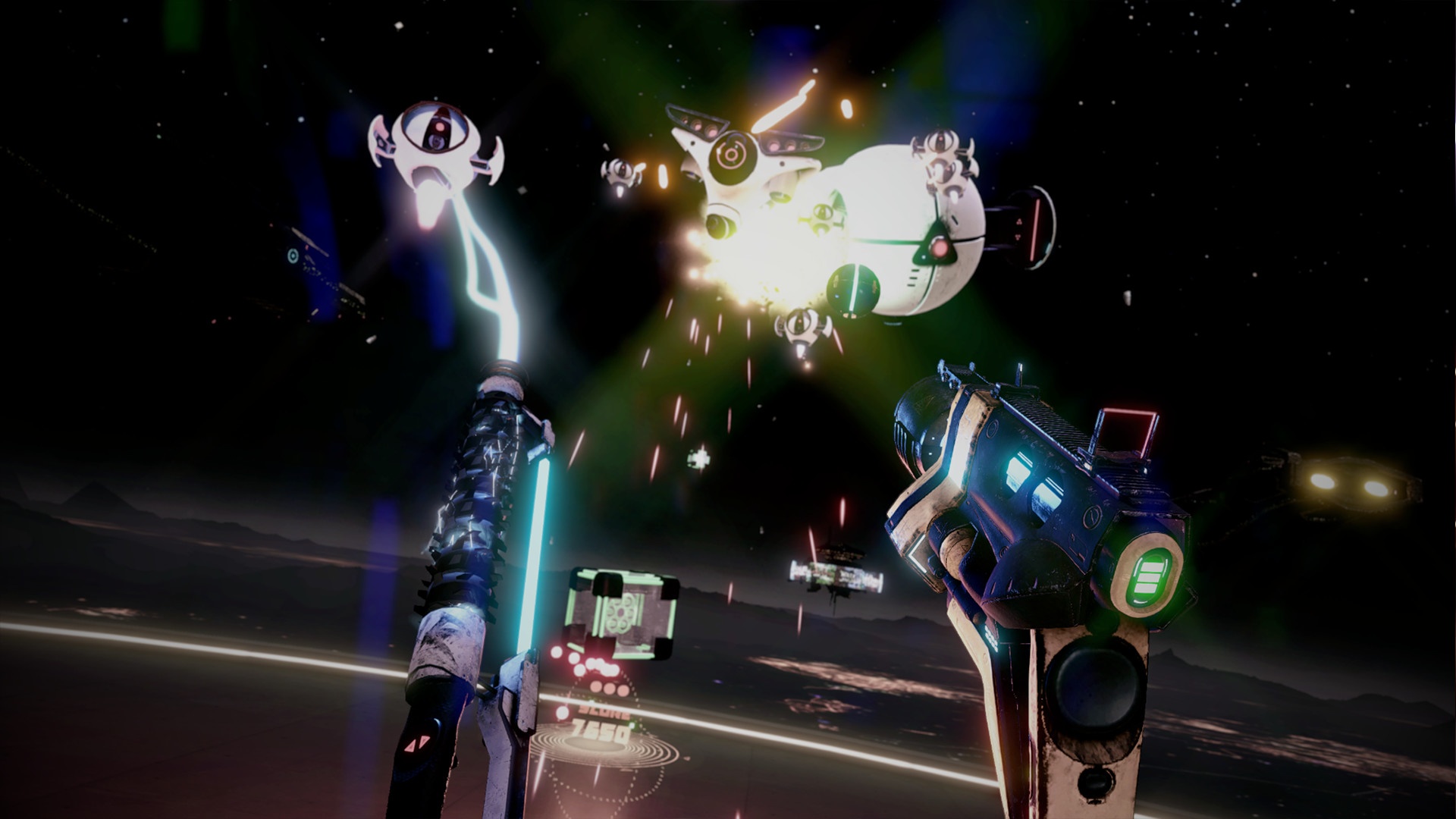 The next mode is one that I have spent most of my time playing, Explorer mode. This is basically the same as arcade mode with one difference. At the end of each wave your health will recharge. So get hit twice, and make it to the end of the wave, your health will go back up allowing you to get hit 3 times before it is over. This however does come at the cost of points, but you are able to get further into the game. Everything else is the same as arcade mode.

The next two modes I have not played as much as explore. The third mode is hardcore… in this mode you lose bullet time, so shooting any incoming fire can be harder. This means it is harder to make it thought the wave. The final one is waves that are from the early access period of Space Pirate Trainer.

You have the ability to unlock a different setting as well as a couple of skins for guns it seems, as in the options menu of Space Pirate Trainer, there is an unlock section. It would be nice if maybe they could have let players know how to unlock these. Is it beating the one of the modes? Is it getting to certain waves that unlock these things? Only time will tell it seems.

When playing I found that at times it can be annoying and tough as enemies can almost surround you, making it really tough to see where they are due to the field of view. You have to be on your guard at all times the further into the game you go. I have died a fair bit when I have been shooting a droid on my left or right, and a bunch of others are on my other side, where I can’t see them. Also like stated before, you are ideally going to want a room to move around, so you can dodge the incoming fire, so if you have a small space where you can’t move around much then you may find this harder. 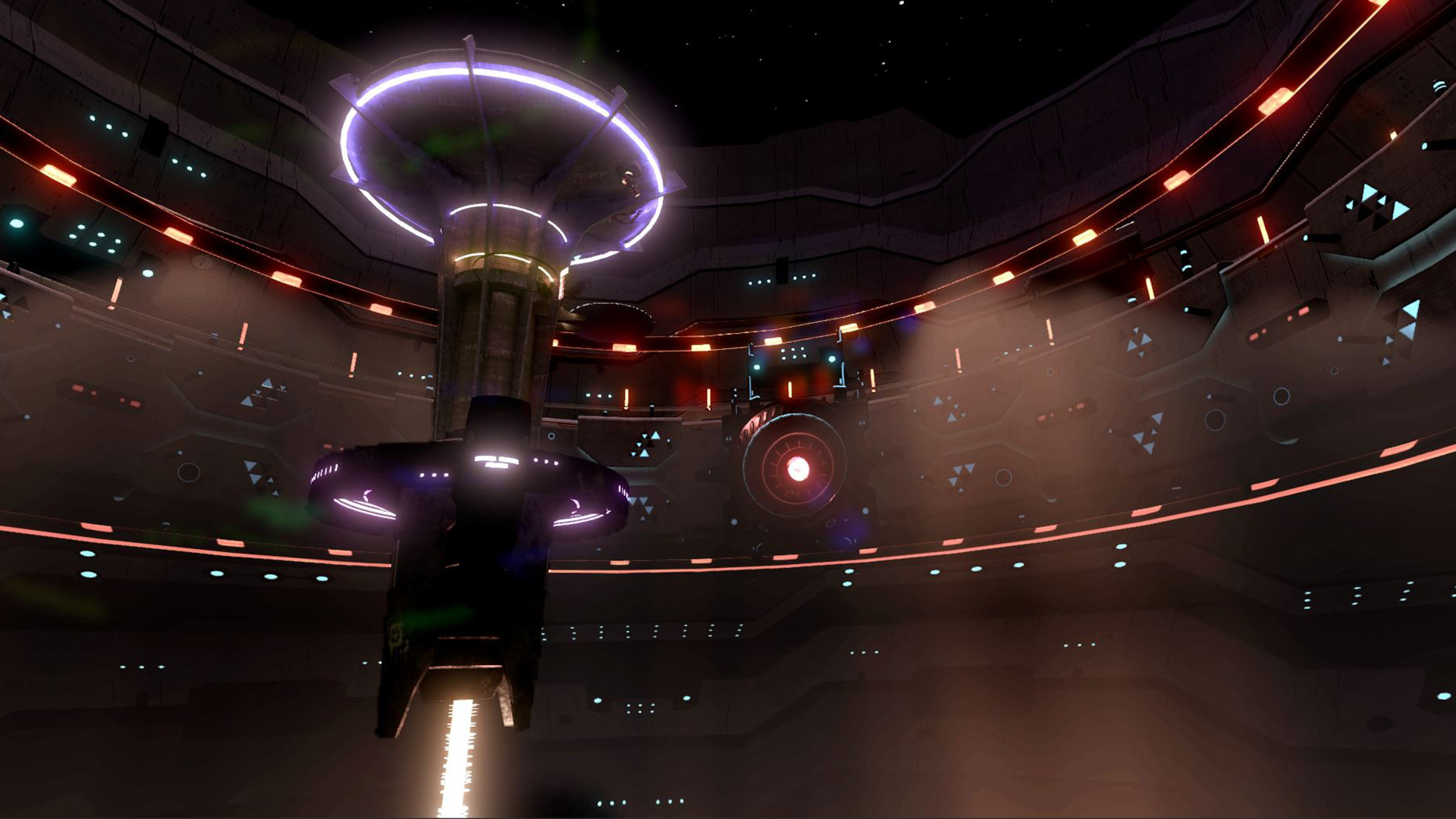 Space Pirate Training is an alright looking game, the gun model, and droids look nice, the background is blurred and low quality, but to be fair that does not really matter with this sort of game. The soundtrack for Space Pirate Training is one that will get you moving about as well, and if not, well simple trip to the options to turn it off and simply trip to Spotify to get your own playlist is something I have tried. Both work really well.

In terms of controls for Space Pirate Trainer, you are going to need two move controllers in order to play this. Having myself finally got hold of an aim controller, it would have been nice for this game to have found a way to support this.

The guns feel nice to shoot; aiming is easy and is precise. I can’t find nothing really to complain in the controls department, switching firing modes is simple, just press either circle, square, triangle or X in order to circle through the modes, same with switching between the modes for shield and volton.

Space Pirate Trainer has been rather run to play, trying to see how many waves I am able to beat before I end up dying, the game provides a nice challenge. With a nice set of visuals and soundtrack there is not much I found an issue with. Space may be an issue in smaller rooms and with enemies at times being tricky to spot depending on where you are looking. Space Pirate Trainer is a fun simple game for PSVR that shows you don’t need a massive budget or be over complicated in order to be entertaining.

Space Pirate Trainer is a fun simple game for PSVR that shows you don’t need a massive budget or be over complicated in order to be entertaining.