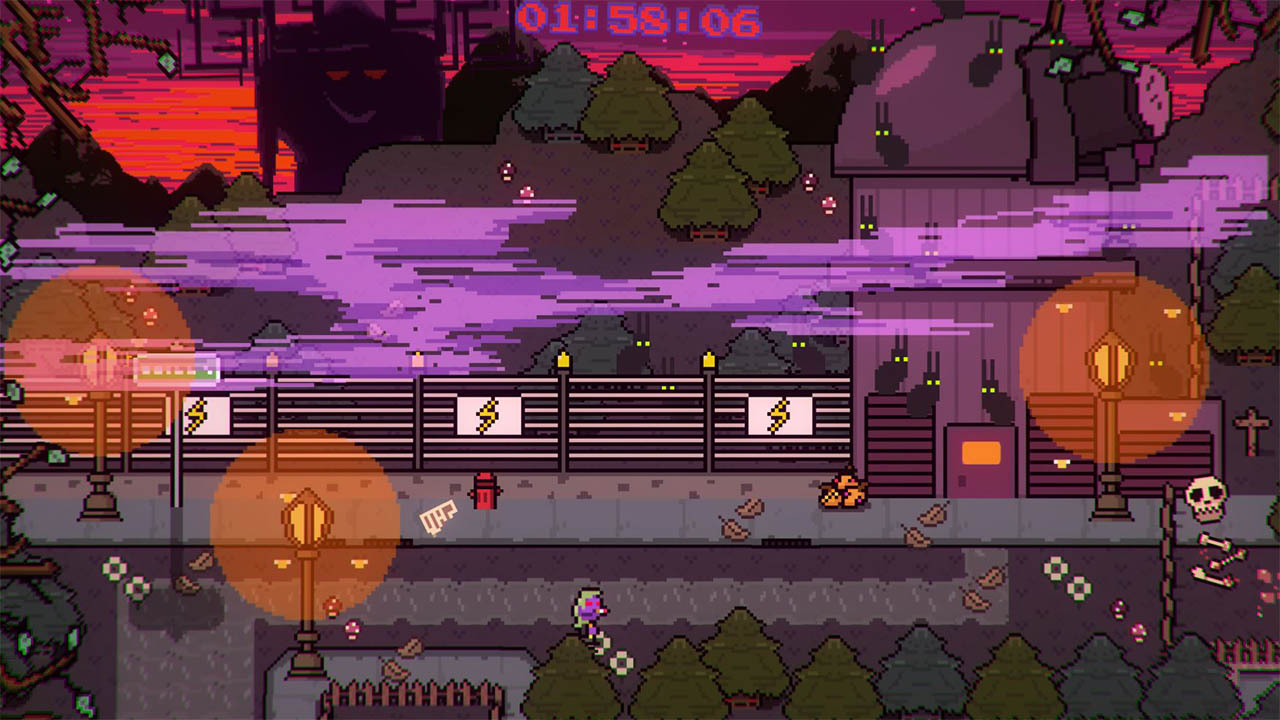 Few things can really compare to the bizarre experience that was Baobabs Mausoleum Ep.1: Ovnifagos Don´t Eat Flamingos. It was intentionally offbeat and obtuse, it couldn’t quite decide whether to lean more into humor or horror, and it changed game styles every couple of minutes to the point where you weren’t sure if it was an adventure game, a first person explorer, some kind of turn based RPG or just a bad fever dream that ate up about an hour of your time. It made a mark on me, and I knew there was a second act coming, so I’ve done my best to wait, with bated breath, for a Switch release instead of grabbing it on Steam. Well, Zerouno Games finally decided to make a move, and now Switch players will be able to add a second ridiculously titled game to their library. It’s time to return to Flamingo’s Creek with Baobab’s Mausoleum Episode 2: 1313 Barnabas Dead End Drive (again, last time I’m typing that).

Baobabs Mausoleum Episode 2 takes place right after the conclusion of the first episode (which ended in a purposeful cliffhanger). Watracio wakes up in the Hotel Wendigo slightly annoyed that the whole experience hadn’t been a fever dream, and realizes he still needs to figure out who is the mysterious 64th resident of Flamingo’s Creek. What’s worse, Daphne, the girl that Watracio had clearly become smitten with, has disappeared, and Watracio was the last person seen with her, making him a prime suspect. Now there are two mysteries to solve, not to mention a host of other oddities, conundrums and simple annoyances that will eat up the very limited time that Watracio has left to figure out the real secret of Flamingo’s Creek before the town disappears back into the ether for another 25 years. 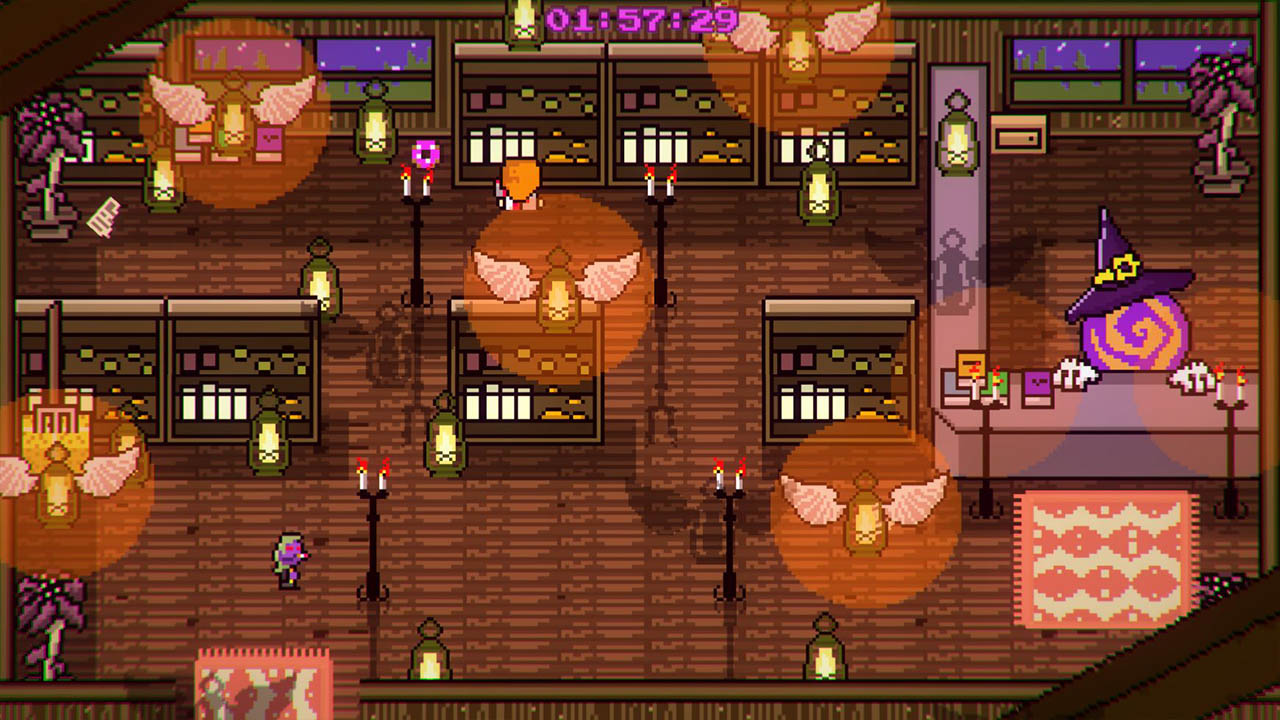 It’s very apparent that, with the second installation of Baobabs Mausoleum, Jacob Jazz and the crew at Celery Emblem were receptive to the different critiques they received for the first, eclectic chapter. For example, there is only one very brief change of gameplay at the very beginning, which seems to be a very purposeful red herring of the first person exploration before immediately returning to the primary, top-down adventure situation (an NPC even apologies for the creation of that “puzzle” in the first game). Instead, a new mechanic is at the core of the adventure: a rotating system of night and day. The appearance and disappearance of certain characters, interactions and items entirely relies on the time when you play this game, as the time period appears to fluctuate in real time with the system clock of your Switch. In theory, this means that you’ll be spending a lot more time in this game than you did with the original adventure, but in execution this means you’ll turn off the automatic time update option on your Switch and just screw around with the clock when you realize something needs to happen in the night or day.

To the credit of the creators, everything about Baobabs Mausoleum Episode 2 is moving in the right direction and is seriously progressing in the overall “vision” of the series. Removing the extra game modes allows for the player to focus on the puzzles, the mini events and the eventual fights with a lot more confidence and not being concerned that the game is about to take a wild right turn. Don’t get me wrong, there’s still several moments of “what” in which things are stranger than normal (the battle of the band memory game sticks out), but it’s a lot more organic within the construct. The expansion of the game to be more inclusive of a larger inventory system makes sense as well: for the upcoming third episode (that was announced in March), I’d really like to see the conclusion of Watracio’s adventure stay in this sort of vein, remaining more action adventure than anything else. Not only is it a better fit for the Switch in terms of audience, but it also allows us to focus more on the investigative part, which is technically what we should have been doing all along (FBI eggplants need to investigate, dammit!).

This episode takes significantly longer than Episode 1, and with good reason. The linear nature of Baobabs Mausoleum has been removed, allowing for a more “open world” approach to the whole game. There’s an achievement system to fill in so that you know you’ve done everything, and another 120 coins to find in order to unlock everything. The visuals remain the same from the previous game (minus the whole first person schtick), so if you enjoyed the pixelated, 90s inspired horror theme, you’ll get more of the same. With the good points returning, though, some of the bad points come with it as well. Previously, I had absolutely detested the constant squawking and bleating that came every single time you walked by something to interact with, AND IT’S STILL HERE. The options remain very limited, so you can either have music and SFX or not, but you can’t choose one and not the other. The music isn’t available anywhere else, and this time around there’s a distinct Monkey Island meets Mother vibe, so though the option exists to mute the noise I would prefer not to do that. A creator makes their game to be enjoyed as an overall experience, and I don’t want to cheapen it by removing one element or another. 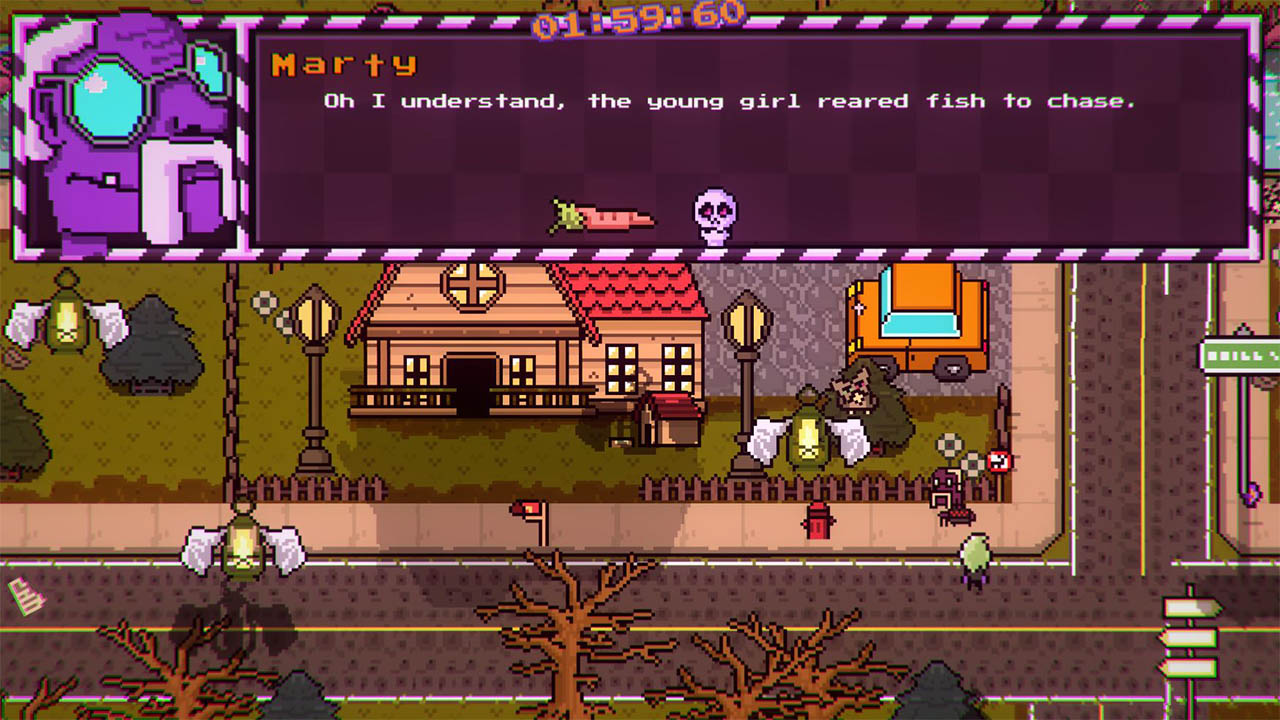 Additionally, while the tone of the game remains the same (and we have quite a few returning faces from the first adventure who need to make poignant comments on The Prince of Bel-Air), there is also a bit of drop in optimization for Baobabs Mausoleum Episode 2. Though the game is bigger in terms of places to explore and things to do, the size is MASSIVE, coming in at a bit over 2 GB and not really showcasing where all that data went. There’s a bit of a load lag every time you enter into a location, which, as an investigative adventure, you tend to enter into many places and suffer a bit of a wait in the process. You get some shorts to help you run around faster very near the beginning, but that doesn’t aid you in making the game move along any quicker between screens or the passage of time. It’s been over a year since the last title, and the indie scene for the Switch has progressed quite a bit, so having something that’s smaller but not running great is a bit troublesome.

Then again, Baobabs Mausoleum Episode 2 will only be picked up by fans of the first, and should be picked up if you at all enjoyed where the first one went. Sure, this one also ends in a strangely anticlimactic cliffhanger, but there’s plenty to see and do in the meanwhile, some beaver priests to upset and coelacanths to catch. If you’ve got the coin, grab episode one and two together to see how the whole wacky story plays out so far, and maybe you’ll find a bit more forgiveness in your heart for the optimization and the performance (the Steam version appears to function similarly). It looks great, the music is very enjoyable, and the writing is still full of non sequiturs and possibly intentional spelling mistakes. Definitely worth a rainy day and some appropriate snacking goodies.

The return to Flamingo’s Creek means learning from previous mistakes, focusing on what made the game engaging, but tripping a tad with optimization.