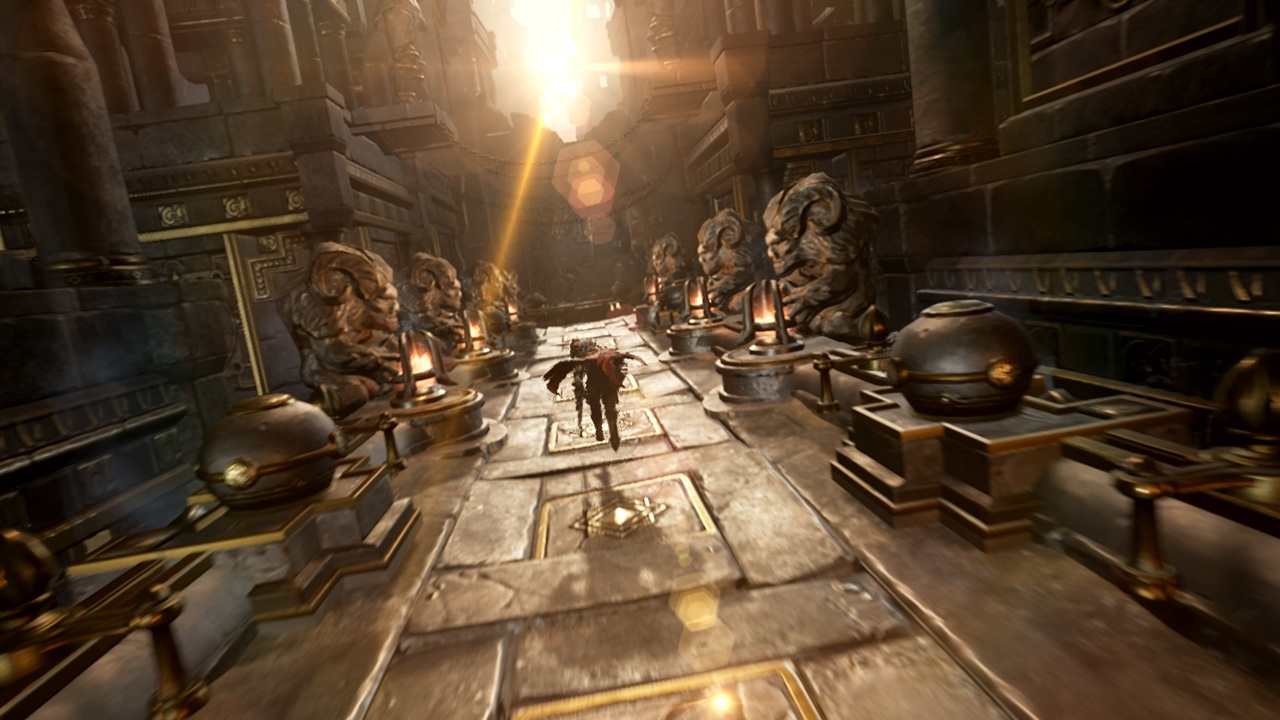 I don’t know about you, but I’m always a bit dubious when the latest digital title comes as a stealth release. There’s usually a reason for such a sudden appearance on our digital download lists. They’re usually below standard and the developers know that a pre-release code for review purposes could potentially damage sales, or on the other hand, they are released through previous successes on other platforms and are guaranteed to sell. However, there are sometimes the odd occasions where a game is released stealthily, yet produces a rather pleasant surprise that leaves you wondering why you had never heard of the game before. Many of these games stem from the roots of mobile platforms, as such is the case from Korean developers, Action Square, with their latest release as Blade II: The Return of Evil as it swipes a release onto the Nintendo Switch.

Despite its stealthy release and mobile origins, I have to admit that I was intrigued by what the game had to offer. A trailer and screenshots that had the potential to put many triple-A’s to shame, the promise of a fast-paced role-player with hack-and-slash mechanics plus the need for responsive actions and, best of all, the removal of micro-transactions that plagued its mobile release. From the moment that I loaded the game, everything that it threw at me from then on left me, I’m pleased to report, pleasantly surprised and a few lost hours as I began to find myself drawn into its fantastical world of role-playing lushness.

For a game whose roots lie within the mobile market, this is a highly-polished title; although a few smudges do remain, but I’ll get onto those later. From the cut-scenes to the animations, the characters and abundance of loot, there is so much to drool over and keep you playing that it feels quite refreshing with its presentational values. You begin the game with a choice of picking from four character classes: The Gladiator, The Assassin, The Wizard and last but not least, The Fighter. There isn’t much to choose from in term of statistical data such as health, strengths and weaknesses; their differences lie in combat abilities, weaponry and apparels. 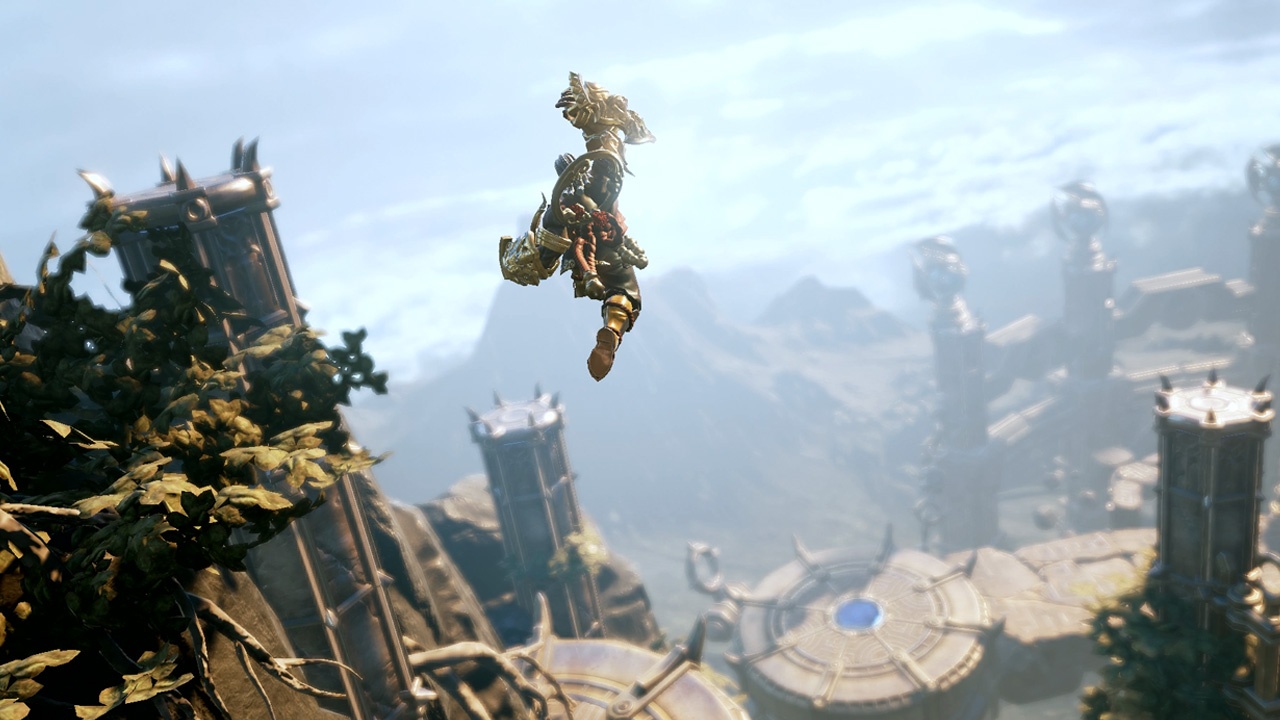 Once your character is chosen, you then embark on journey that takes you through a variety of locales; each one split into ten levels and ending with a boss battle. Each of the levels possess a series of objectives, such as finish within a certain time frame or perform a certain number of moves. Each of the stages are constructed with a linearity that corridors you in pushing forwards. It’s been structured in such a way, that the action comes along thick and fast, producing a fluidity in the fighting mechanics that sees you leap, dodge, slash and crash a series of silky moves that feels immensely satisfying to pull off. This can also be attributed to an instantly accessible control scheme that maps each individual move to specific button, meaning you can pull off the most extravagant of moves with the most simplistic of actions.

Each of the stages finish with an arena-style battle against a boss-type, with the final level squaring up against a more powerful foe. Once each level has been completed, you then accrue XP and are rewarded with a loot item. The more XP you accrue, the further you level up and the more abilities and moves you can unlock; as well as increases in health etc. You also gain items such as weapons and apparel; each one varying in attack and defensive statistics. The more you play, the more powerful you become and the easier the levels become. Although you can hack-and-slash, using this technique all of the time will not get you far. This game can be tough, but at the same time, it can also be easy to beat once you master the moves and level your character up.

The briefness of the levels and items you accrue make this an ideal casual game. In fact, it’s in this premise that the game excels. It’s isometric viewpoint, fluidity of movement, level sizes and overall pace makes this a game that feels like Diablo III on steroids. It doesn’t hold the same level of depth as Blizzard’s title, but does match it in terms of playability and in some instances, can actually surpass it. As you grow stronger, the number of moves and items you equip actually makes it very noticeable. Enemies that you may have struggled with become easy fodder and your character changes their appearance with each item that they wear. Even more satisfying is the execution of your moves and powers. Some of them are breathtaking and bring a childish joy every time you execute them, making this a game that keeps the excitement flowing with stronger and more extreme varieties becoming available as you level up and progress through the game. 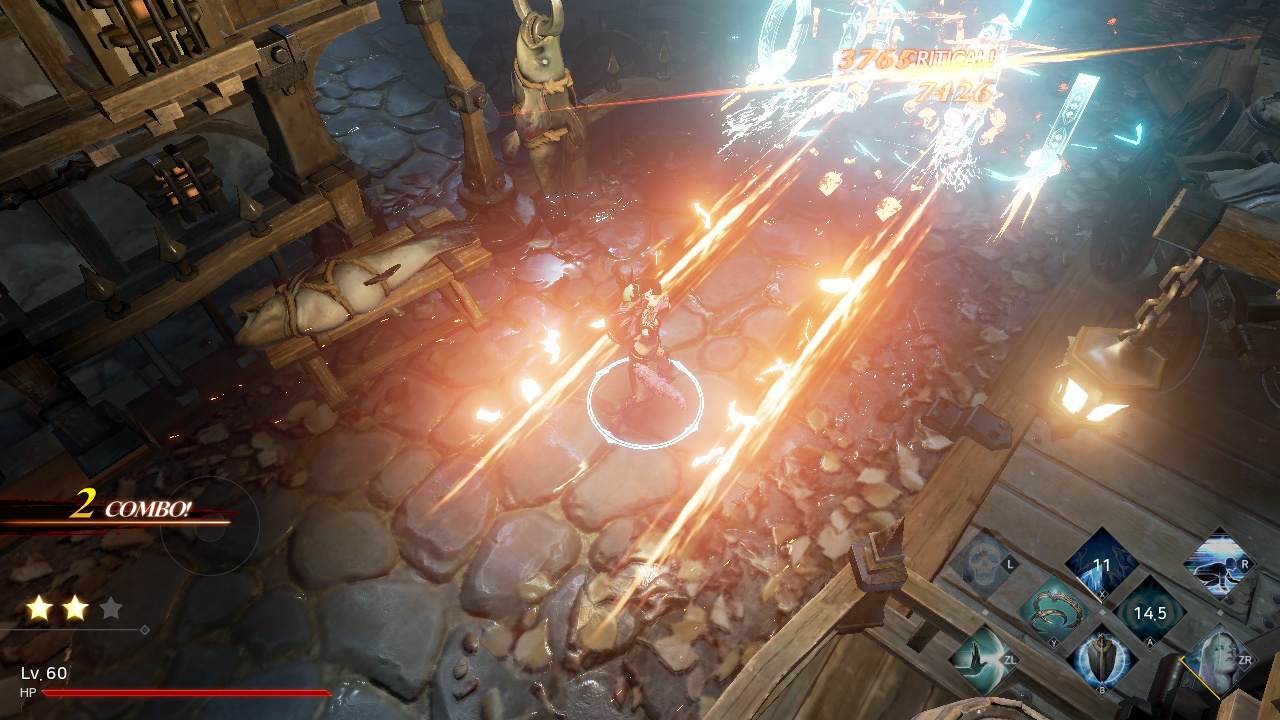 However, it’s this mechanic within the gameplay where the game can come a little unstuck. This isn’t simply a game where you progress from stage one to stage ten in one sweeping movement. If you want to outfit yourself to be strong enough to defeat the final boss, you need to grind the levels over and over in order to stand a chance. This is where repetition can begin to grind; especially with the game’s tendency to rinse-and-repeat levels, as well as force you to replay them over and over again. Despite this, I never felt bored with having to do so. This can be largely due to the quickness of each level and ultra-fast loading times. Again, this makes the title an ideal casual affair.

The overall game contains many elements that, when put together, produces a title of stellar presentation. Beautiful cuts-scenes, fluid animations, pleasing combat, challenging foes and the lure of new loot with varying statistics in their damage outputs and abilities. Couple these with ultra-quick levels and load times and you soon find yourself blazing a trail through the levels in satisfying way as you appreciate the levelling up of your character. If you don’t mind the grind, then there’s a lot to love here, but even if you don’t like the idea of its rinse-and-repeat formula, it spins on such a fast wash that the grind is over before the repetition stains its gameplay.

Overall, Blade II: The Return of Evil is one of those stealth releases that’s worth taking a gamble with. It’s overall presentation could easily fool anyone into thinking you are playing a triple-A title, with sumptuous graphics, fluid animations and fast and furious gameplay. It can be a little repetitive and grindy, but the overall speed in which you traverse each level and satisfying rewards more than make up for this. Technically, it runs superbly on the Switch with steady frame-rates and no bugs apparent during my time with the game. The pacing of the game makes it an ideal casual title, but also exciting to play and contains enough content to keep you playing over the long-term. It may a little pricey for what it is, but one thing I can guarantee you, is there isn’t much else like it within the Switch’s library and once you start playing, you’ll find it hard to stop.

Blade II: The Return of Evil hacks and slashes at such a fast pace, that it’ll simply leave you breathless.