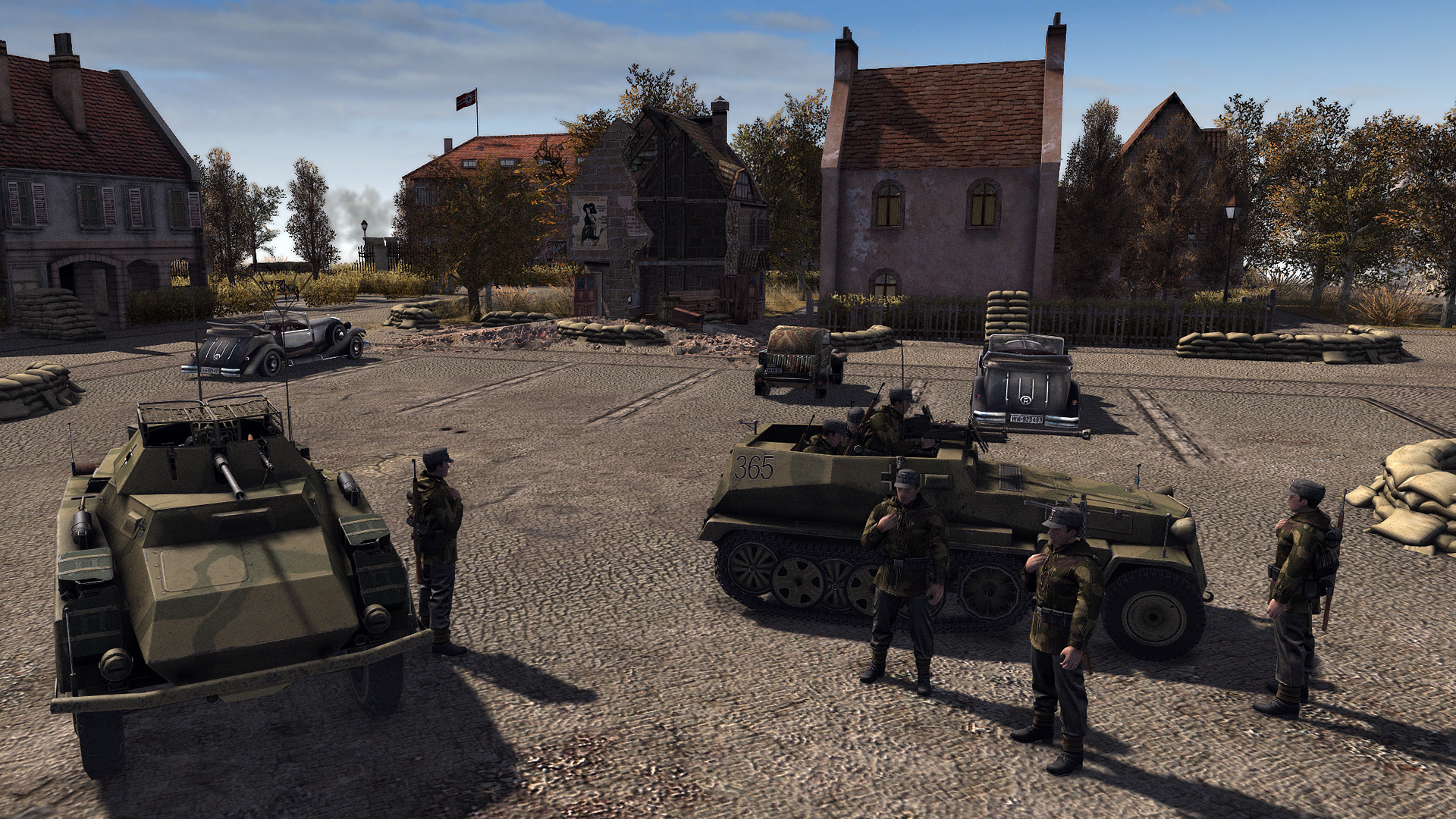 Having recently picked up Men of War: Assault Squad 2 in the Steam Summer Sale, I was barely into the story campaign when I had the chance to review the Ostfront Veteranen DLC. Before anyone slates me for being underqualified to review the DLC on that basis, I’ve played all previous Men of War titles and have played a healthy amount of skirmish in MoW: AS 2. The Ostfront Veteranen DLC is a first in the MoW franchise, taking players to the Eastern Front with a host of new German vehicles and infantry squads to play as.

The first thing I noticed about Ostfront Veteranen, is that it’s listed as multiplayer only – what a shame this would be if it were true, because actually whilst there is no singleplayer campaign, the DLC content can be played within skirmish mode against bots. A lack of campaign is a little disappointing, as the Eastern Front bore some of the most infamous battles in WW2 history, surely worthy of recounting in the Ostfront Veteranen DLC? 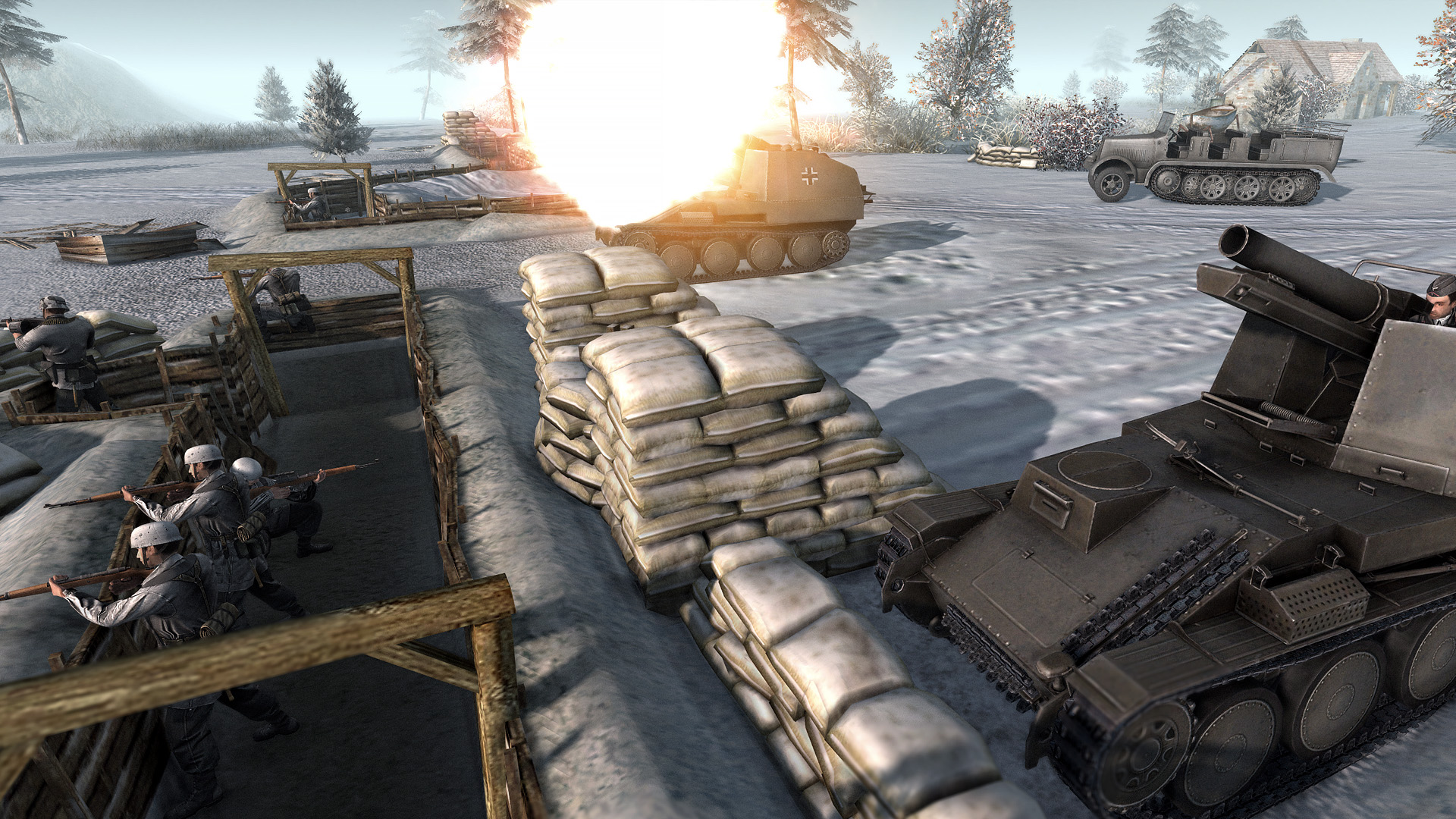 Without a campaign this DLC is essentially just a new army to play as – so let’s get into the specifics of the new units. Ostfront Veteranen comes with 5 new infantry squads ranging from the Leichte Aufklärer light scouts sporting K98, MP40 and StGw44 rifles, to the Gebirgsjäger – elite tier 5 mountain infantry with greater range and accuracy than other infantry in the game. The Ostfront army has smaller numbers of infantry overall, but they tend to act more effectively than those from other factions – quality over quantity comes to mind.

Ostfront Veteranen also comes with a cavalcade of mechanised and support units – here’s a smattering of vehicles to get those halftracks rolling. The highly mobile SdKfz 250/1 is a smaller, more agile halftrack compared to the classic 251/1 commonly seen on the battlefield during WW2. It’s a core unit in Ostfront Veteranen, highlighting how this particular army relies on manoeuvrability and speed to get the job done. Ostfront Veteranen also comes with the Hetzer – a tank hunter which apparently refers to the concept of hunting down a target. In terms of support, players can enjoy the super cheap and powerful SdKfz 8 Flak 37 – an anti-personnel and anti-tank support unit rolled into one. You’ll also be able to get your hands on the Schweres Wurfgerät – an expensive but supremely powerful stationary rocket launcher. 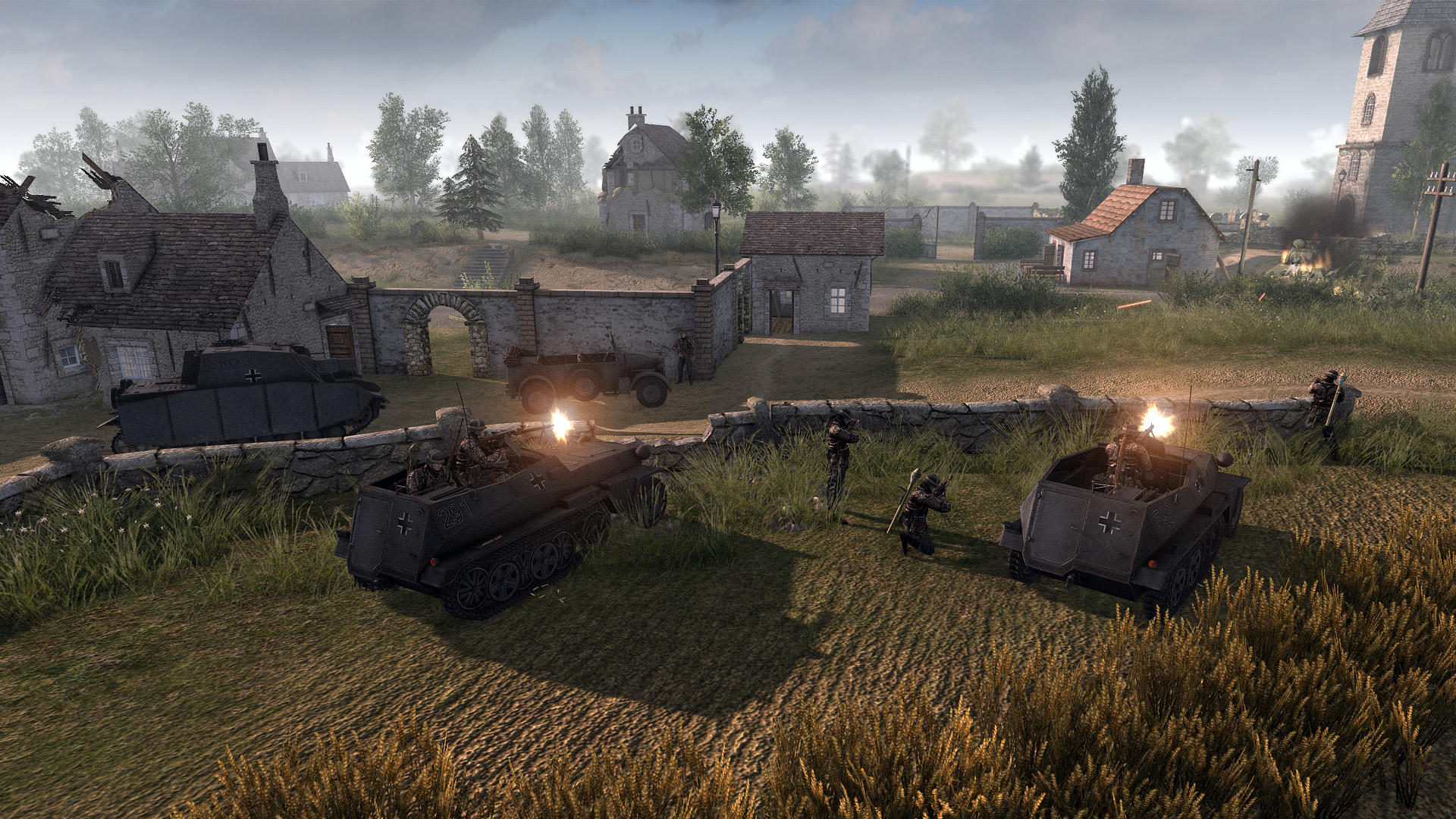 All the above have been lovingly researched and recreated to the standard you’d expect from a Men of War game, with units boasting fine graphical details down to the tank tracks and muzzle flashes, as well as the sounds to match.

Overall, this new army DLC for Men of War: Assault Squad 2 packs an enormous punch in-game in terms of new units for use in skirmish and multiplayer, but at £7.19 you’d expect a campaign or at least some missions to introduce players to the new units. If you’re into Men of War: Assault Squad 2, you’ll probably get great satisfaction out of this DLC – finding new strategies to utilise the mobility and power of the Ostfront army. If you’ve just bought into MoW however, you should fully explore the campaign and all it has to offer first.