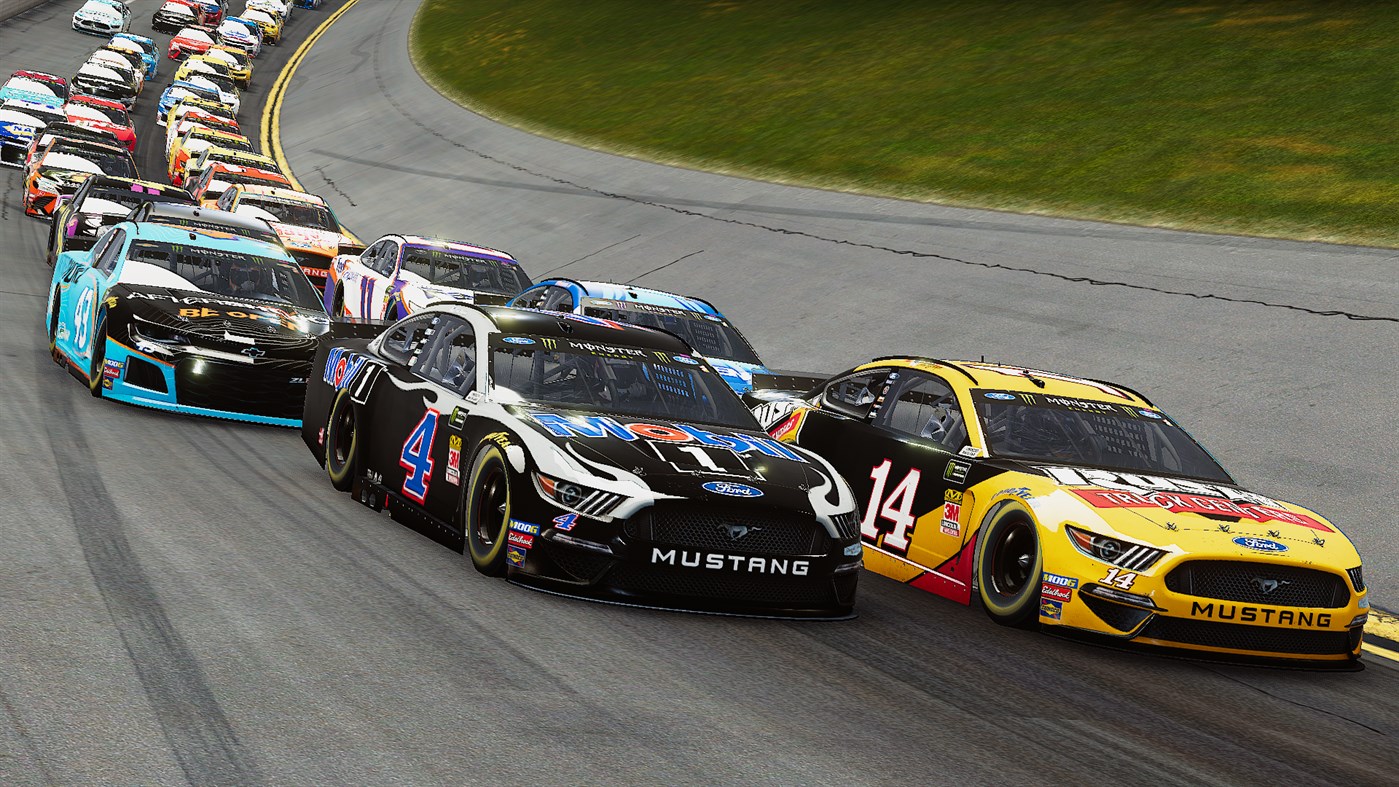 Is there anything more American than Nascar? Sure, we get plenty of American sports on our side of the Atlantic, but Nascar is one of those distinctly US pastimes that simply doesn’t travel – I’m not even sure it travels all that far beyond the southern States if truth be told. There is a small hardcore fanbase for sure, but Nascar is about as niche over here as cricket is over there. Still, thanks in no small part to Sega, it’s a sport that most gamers are aware of, and if nothing else, one that has a strong visual identity.

You might not know your Richard Petty’s from your Jimmie Johnson’s, but the unique style of cars, huge crashes, intense drafting and iconic oval tracks are still recognisable to most. There are a ton of finer details that will still go over the heads of all but the most committed of stock car racing fans, but like Codemasters’ equally hardcore, Formula 1 series, 704Games’, Nascar Heat series delivers as hardcore or as casual a racing experience as you are interested in.

In previous years, comparisons to Codemasters’ F1 series would have been unkind, but Monster Games and 704Games have made some pretty major improvements for Nascar Heat 4. Previous entries in the series were always decent enough, but it was hard to shake the feeling that you were essentially playing a budget racer….which you kind of were. It still falls a little short of the genre’s finest offering, but major improvements to the games’ visuals push Nascar Heat 4 much closer to the top tier of the genre.

Nascar Heat 4 is still a niche racer by design, but whether you’re a hardcore fan of the sport or a casual observer, this latest entry in the series is entertaining and slick enough to be enjoyed by just about anyone. Saying that, this is still aimed primarily at the hardcore and will ultimately be appreciated most by its core audience. 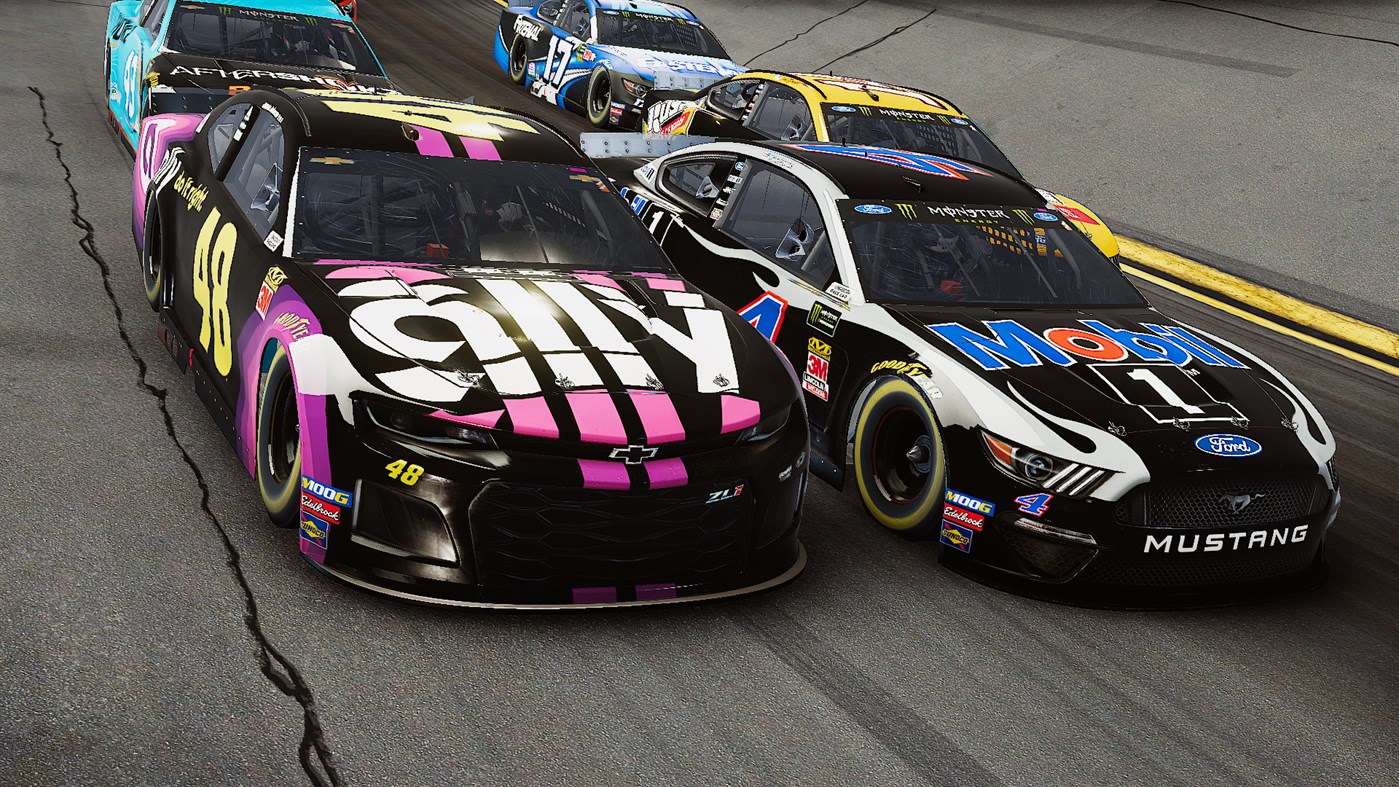 The level of detail throughout is exceptional – the tracks, a mix of real world and fantasy courses, look universally fantastic, and thanks to the array of stock car racing options, deliver an array of racing experiences. Casual fans might think exclusively of the Daytona 500 and its famous oval(ish) track, but the reality is much more diverse and something that is successfully represented throughout Nascar Heat 4 thanks to its mix of street, track and dirt races.

Beyond the obvious and often dramatic improvements to the games’ visuals (it looks especially great on the PS4 Pro and Xbox One X), the inclusion of the full Nascar license really adds to the sense of immersion with all of the racers, tracks, events and cars present and accounted for.

This really makes all the difference during the games’ robust and potentially all-consuming career mode. Whether you want to be a racer or you fancy taking on the full owner experience, Nascar Heat 4’s career mode certainly doesn’t want for content. Luckily, it also doesn’t want for options – Owner mode is understandably full-on and requires the purchase of cars and general management of your team, while choosing to be a racer tends to keep most of your business out on the track. Whichever way you choose to go though, you can decide to start at the very beginning or jump straight in at the deep end with the Monster Energy Cup.

The presentation throughout this mode is slicker than ever with professional looking menus giving way to great race-day visuals. From the impressive incidental details, the great pre-race commentary and the authentic crackle of your spotter over the radio to the fantastic sounding cars and the brilliant track lighting (especially during night races), Heat 4 does a fantastic job of delivering the full Nascar experience. Whether you’re a hardcore fan or not, this is an objectively great looking game. 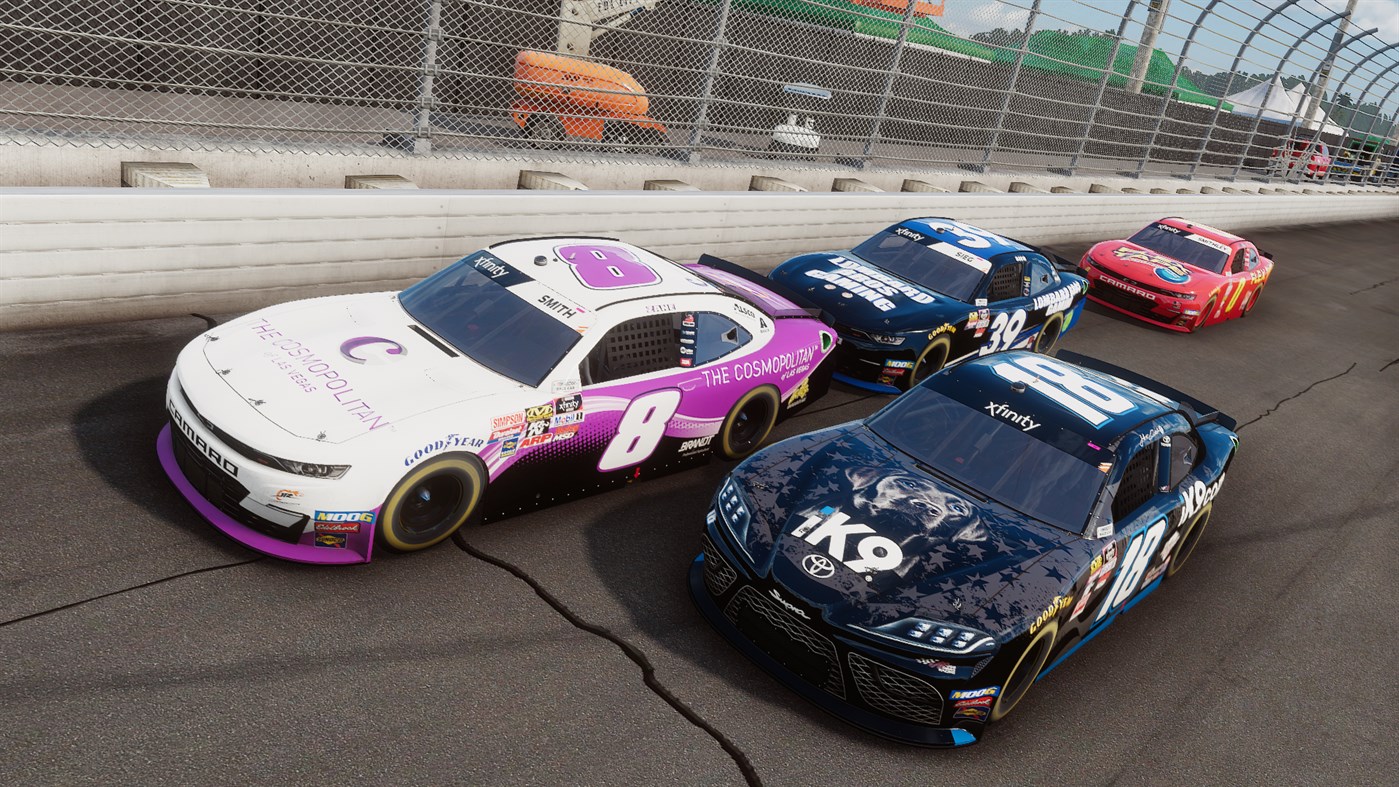 Of course, great visuals and impressive authenticity don’t count for much if the racing isn’t up to scratch, but again, this is an area where the game excels. Assists allow for as authentic or accessible a racing experience as you want, but whichever end of the spectrum you go for, the cars always handle brilliantly with subtle improvements allowing for a more natural and reactionary racing experience than last year’s edition.

Simply tearing around the games’ impressive collection of tracks is great fun, but if you’re going for full immersion, this is where Nascar Heat 4 truly shines with tactical options surround tyre wear, ever-evolving handling and tactical drafting really showing the depth and quality of the underlying simulation. Some might find the game a tad dry, and yes, there were moments in which I craved the more arcade-centric handling found in the likes of Sega’s Daytona series, but to criticise this impressive simulation of the sport for not scratching my Sega arcade itch would be more than a little unfair.

Despite its accessibility, make no mistake, this is a simulation first and foremost and an impressive one at that. It still falls a tad short of delivering the top-tier polish found in the likes of Codemasters’ F1 series, but improvements across the board make this the best game in the series by quite some distance. The visuals have been hugely improved, the day-to-night transitions look great and the authentic licensing all combine to make this so much more than a niche racing sim. Whatever your skill level or interest in the sport, Nascar Heat 4 is good enough to be a genuine option for just about any fan of the genre. Longstanding fans might be disappointed at the lack of new modes, and for folk in the UK, the online options are basically non-existent (we’re not getting any of the eSports stuff that they are pushing in the States), but even with these issues, 704Games’ latest remains a deep, enjoyable and technically impressive racer.

Despite its accessibility, make no mistake, this is a simulation first and foremost and an impressive one at that.