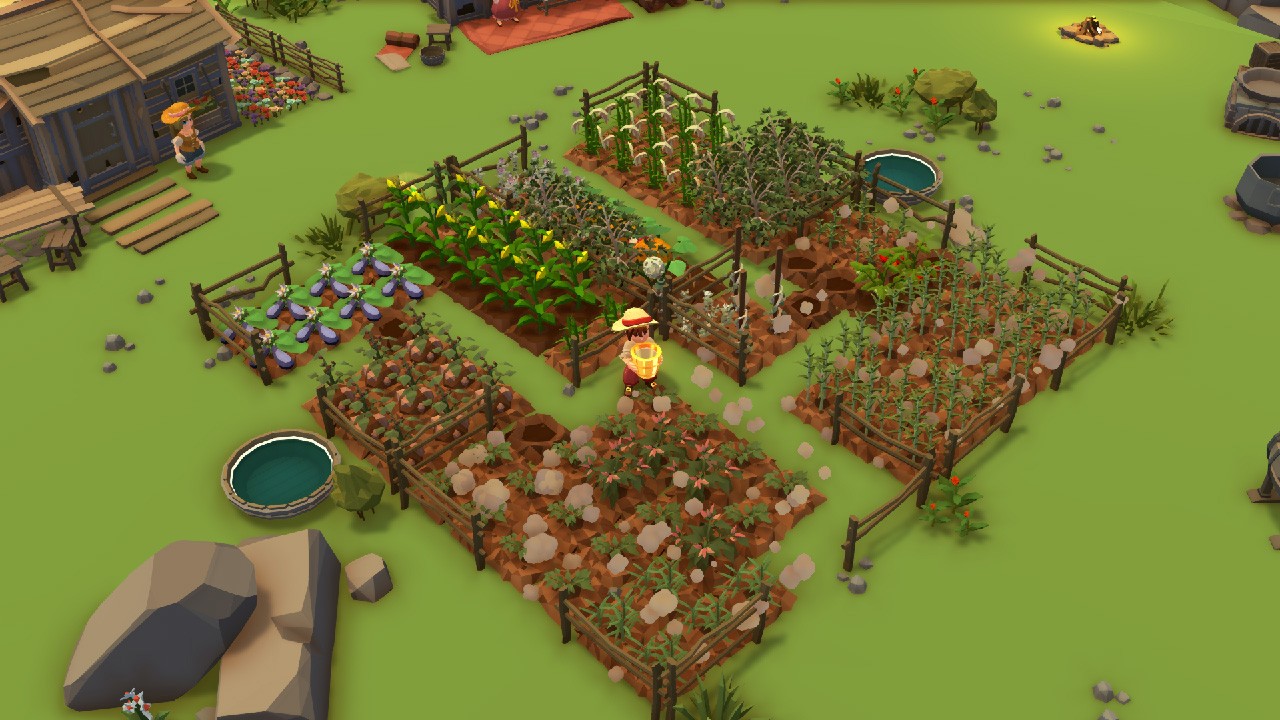 Imagine setting off one day on a voyage of discovery across the seven seas, only to find yourself shipwrecked on a deserted island. To some, it is probably a dream come true as an escape into a reclusive lifestyle, but for others, it would be a nightmare; learning to adapt to your harsh conditions, finding food and shelter, as well as finding a possible way in which to return home. The key to success would be through exploration and survival and it’s in this premise that Lemonbomb Entertainment, rokaplay and Merge Games explore the possibilities of such a situation in Stranded Sails – Explorers of the Cursed Islands as it crashes onto the shores of the Nintendo Switch.

The story begins with you preparing to go to sea and explore the far off tundras of the frozen lands. Within your home town, you stock up on goods, interact with the Captain of your ship (who just so happens to be your father) and get to know the crew before embarking on your trip. However, during the voyage, a colourful parrot appears; bringing with it a severe storm that forces the ship off-course and crashing against the shores of a group of islands, or archipelago. Amongst the ruins of your shipwreck, you regain consciousness upon the shores of your new land and it’s up to you to find your lost crew, salvage what can be saved and explore the region to find anything that may be of use in both your survival and exploration of the area.

As the realisation of what has happened begins to dawn, as well as the repatriation of some fellow survivors, your task is to set up a camp to provide food and shelter, find a means of exploring the other islands and lost ship mates towards the ultimate goal of constructing a means and way of escaping your current predicament. This is achieved through a series of quests that involve exploration, gathering resources and eventually, building and constructing. Your fellow survivors, should you find them, instruct you with a number of objectives in order to set-up a base camp. These usually involve finding raw materials, using blueprints to construct new items and finally, building the constructions themselves. 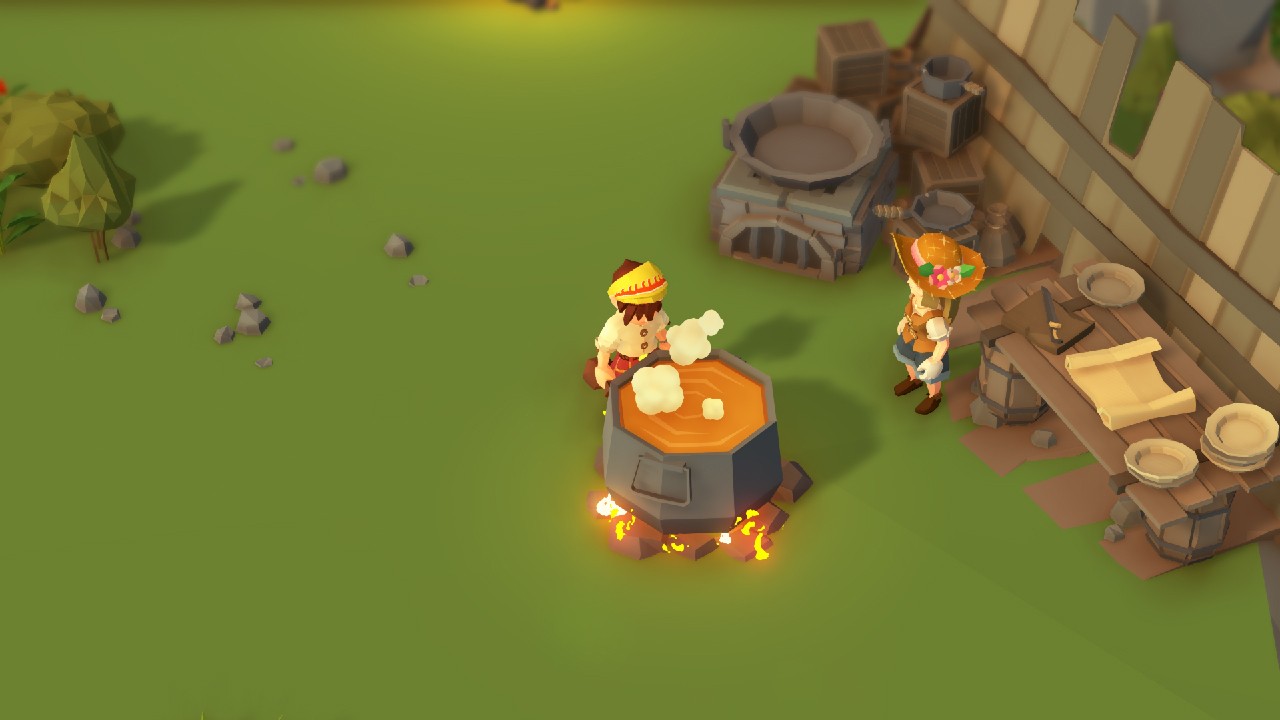 However, there are a number of elements in whatever task you are given. The game introduces many of its mechanics at a gentle pace from sowing seeds, tending plants and harvesting crops to mixing ingredients in order to cook up dishes. It’s all presented through a linearity of tasks and objectives, which through progression, sets you up for the more open-world adventure of exploring all of the islands that make up the archipelago. One of the real strengths of this game, is that its task never feel mundane, meaningless or boring. There’s no compass settings or go-to marker, you’re simply given a rough idea of what direction or area you need to explore and it’s then up to you to find everything that you are looking for and accomplish your set goals. It sets a rewarding precedent that invest you fully into its gameplay.

Useful items are generally easy to spot, as they are highlighted as you approach them. By collecting resources, you begin to see your camp take shape, with fields of crops, shelters for your shipmates and kitchens and workstations in which to develop. The pace of progression here is nicely done, instantly accessible and a joy to undertake. As your camp develops, then so do the tasks given to you, eventually ending up with the crafting of a rowing boat that opens up the entire map to you and altering the story line to a more expansive adventure that sees you uncovering the secrets that the islands hold. Treasures, resources and the supernatural lie in wait amongst the hidden shores of the islands, cave networks and unexplored regions of your surroundings.

The more expansive the game becomes, the more vital it is to survive. Stocking up on food is important, as are making sure you have the tools to do the job. These can range from shovels to axes, buckets to telescopes and swords to hammers. The same also applies to your camp too, as the larger it becomes, the responsibility befalls you; when you’re not adventuring, your tending to crops or cooking up meals. There’s never a dull moment and you’ll always find something to do, even when you’re in the middle of a quest. However, your main aim is to ensure your own survivability. This is presented in the form of a meter that slowly depletes, depending on what activity you may be doing. Building, running, rowing and any strenuous tasks depletes your energy bar quicker. This can be refilled by eating snacks, making the upkeep of your fields important. Resting is also vitally important and the game runs on a day and night cycle; meaning that working during the day and sleeping at night ensures your energy levels are always topped up. 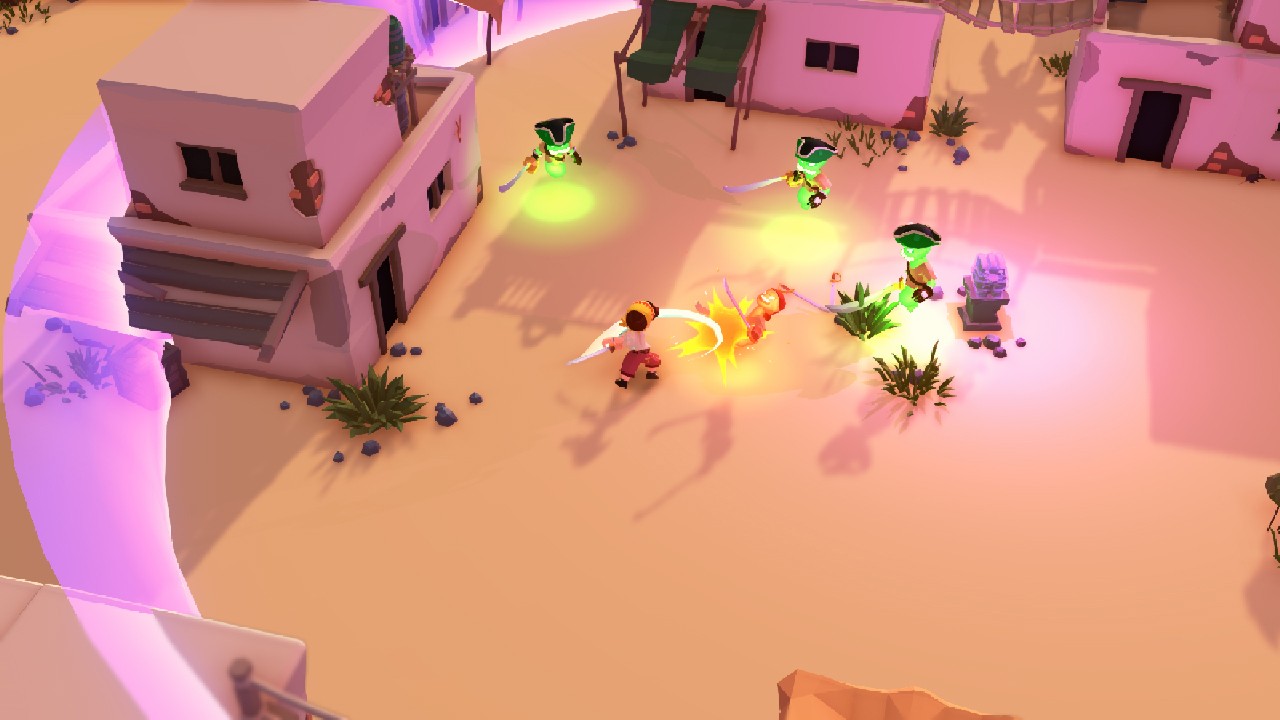 The gameplay runs at a satisfying pace that, despite some urgency is a number of situations, never feels out of hand. This is largely due to the mechanics on which the elements of its gameplay runs. A radial menu selection, utilised with the right analogue stick, allows you to easily navigate through your items in a quick-fire selection. Selecting a bucket to water your plants is easily implemented, as is filling it within a spring and watering each separate plant within your field. It’s all superbly done which makes each task easy to carry out and never a frustrating experience. Whatever component you use, or task you are given, whether it be farming, building, exploring or fighting, it’s all executed perfectly with a simplicity that makes the game a joy to play.

The jewel in the crown though, that makes everything come together is a graphical presentation that is simply beautiful to look at and a rousing soundtrack that will be guaranteed to stick in your head for days on end. There’s a cutesy aesthetic that looks detailed and easily distinguishable and I have it on good authority, namely the developers, that a day one patch will enhance all these features even further. An orchestral tone plays throughout, matching the on-screen action and complimenting the general feel of the game; making it relaxing, catchy and fun in whatever you may be doing at the time.

Overall, Stranded Sails – Explorers of the Cursed Islands is one the most gorgeous and playable games that I have played this year. It contains a touch of Zelda, a sprinkling of Stardew Valley and a dash of Animal Crossing within all the elements of its gameplay. It looks and sounds fantastic and flows smoother than the waters between each of the archipelago’s islands. Right from the word go, the presentation values are sky high and continue climbing upwards as you venture forth into its compelling story. It’s true magic though, lies in the game’s ability to make you feel as if you are living the adventure, bringing a caring for your character and their fellow stranded shipmates. Although it starts with a linearity of developing your camp, it doesn’t take long for the game to truly open up and lead you on a different path of excitement, discovery and survival on an extremely playable and unprecedented scale; making this one of the best games to come to the Switch this year.

Stranded Sails – Explorers of the Cursed Islands is, in my own personal opinion, THE game of the year for the Nintendo Switch.