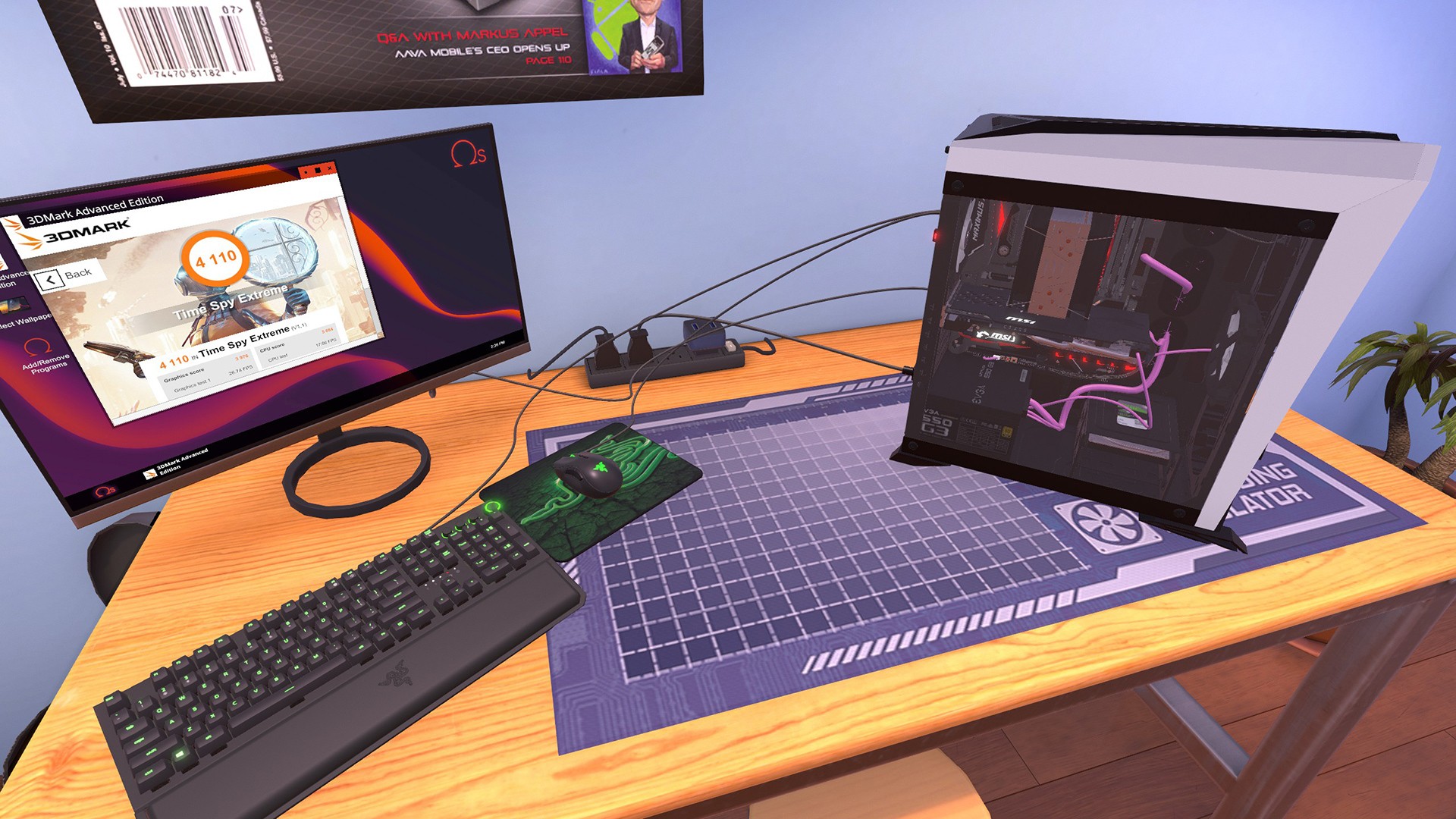 Steam has always been a home for the weird and wonderful world of peculiar simulators and while games such as German Forklift Simulator and Airport Firefighting Simulator have made their way onto console, then both PlayStation 4 and Xbox One are still missing some of the better simulators. Now I would usually list a number of games which I’d welcome on both the home consoles, but my list has just gotten shorter, as PC building simulator has ironically made its way onto console; giving home entertainment system players a look into  a PC user’s life.

In similar fashion to the widely popular House Flipper, PC Building Simulator revolves around a struggling business, which you have to turn into well oiled and prospering company. But instead of renovating and flipping houses, PC Building Simulator has you earn your way to the top through the titular building of custom PCs, as well as the repair and maintenance of pre-existing machines.

The career mode of PC Building Simulator starts of rather slow, as you begin with borderline empty bank account and a single PC for you to fix. While the initial job is limited to you installing and running an anti-virus software, then for the first-timers such as me, even such a meagre job can be a challenge. While all you technically have to do is turn on the PC and hit run, then in practice you actually have to carry the PC to your workbench, install all the necessary wires, then spend 5 minutes figuring out how to install the software; only to realise that you need to insert a USB stick which is in your inventory. Once all this is done, all you have to do is just pick up the PC, place it in the corridor and collect your money. 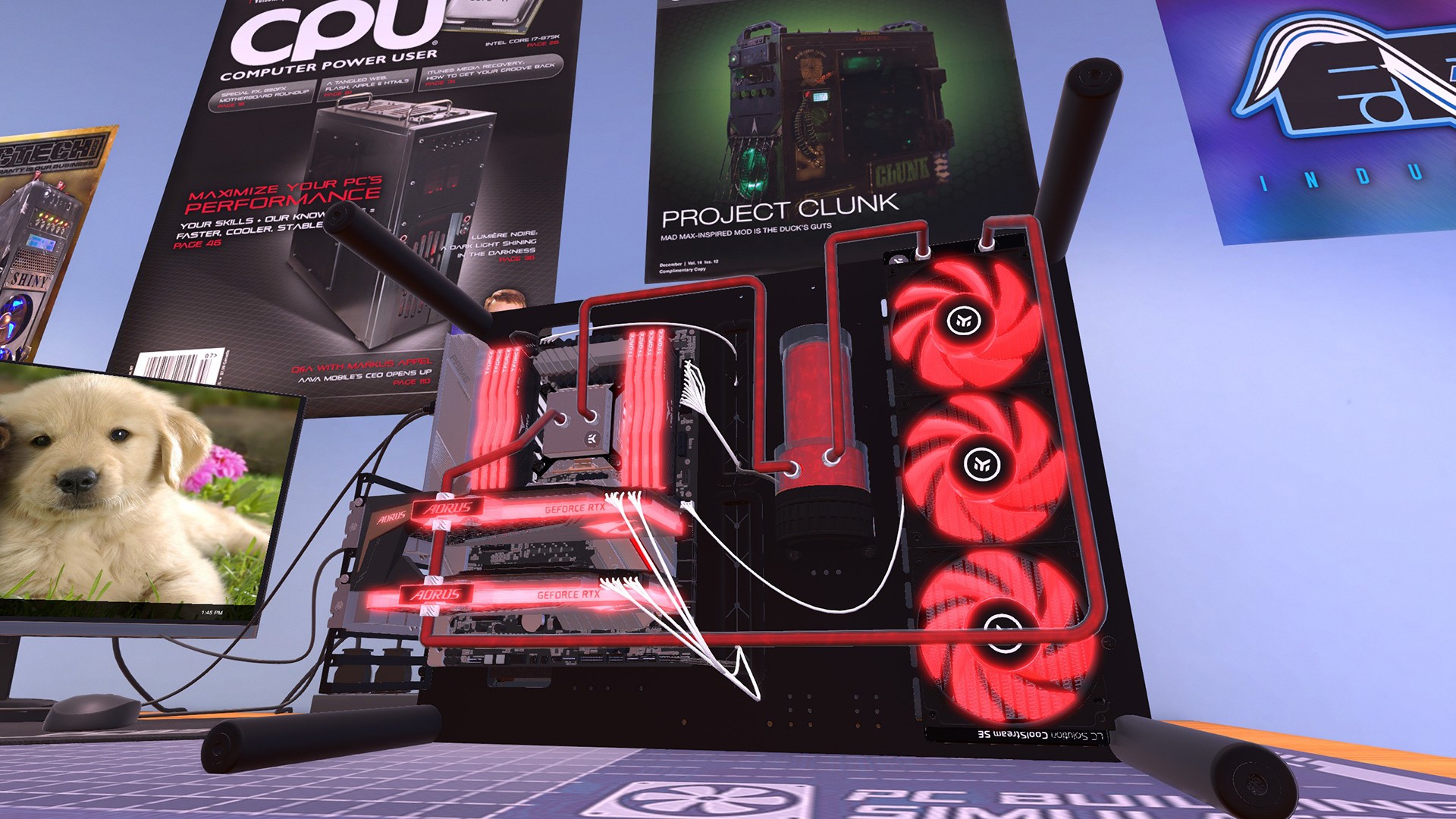 Once this initial job is completed, a whole new world opens up for you, as all the incoming jobs increase in complexity and also in rewards. The more complex jobs you carry out, the more you will earn, and the faster you’ll level up. The higher your level, the higher your possibilities, as with a steady stream of progress you will be able to improve your office, have access to better and most importantly cheaper parts, and ultimately, you will be able to buy out the business for yourself and be your own boss.

The way in which progress scales within PC Building Simulator, is incredibly satisfying. No matter how little, or how grand the job you complete is, you always feel rewarded and you are nearly always faced with new unlocks and most importantly, possibilities. This proves that the developer behind the title understands what games truly are about. The title delivers on all fronts by filling you with a sense of fulfilment and accomplishment, as you are constantly getting an ever-fresher carrot on the proverbial stick to drive you towards the digital success. This is especially satisfying during the latter stages of the career mode, as some customer requests can, and will, request some level of expertise, which in itself adds an additional layer of complexity to the proceedings. 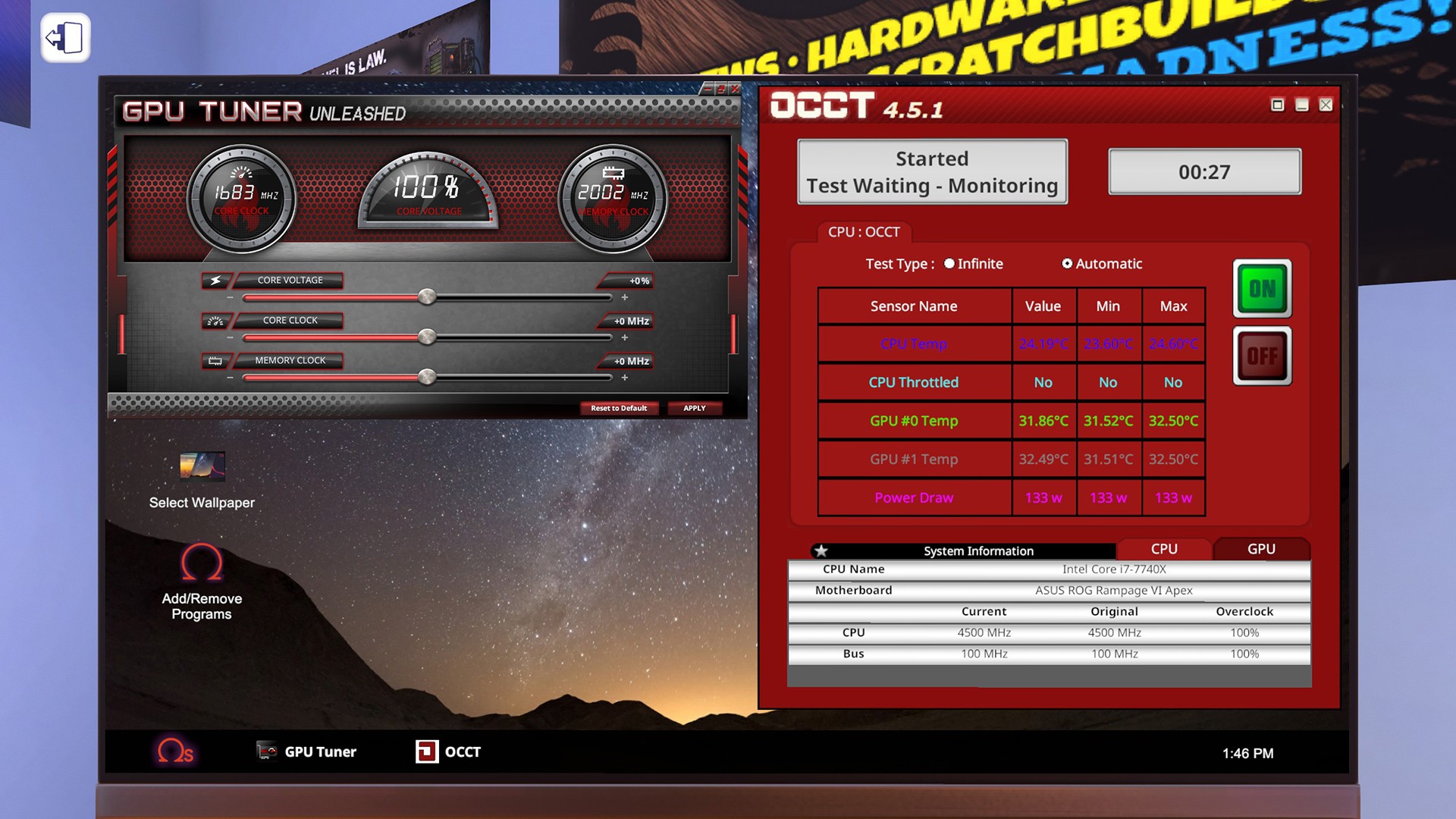 When it comes to visuals, PC Building Simulator is fine. It doesn’t have any bells and whistles, or any high-end textures, but its rather simplistic façade does the job. The scaled back visuals also allow the title to maintain its technical integrity, meaning that you won’t encounter any crashes, soft-locks, or even frame-drops for that matter, as PC Building Simulator is razor sharp, which is rare, especially in this day and age, where 200MB, 2D platformers run at 20fps and crash every fifteen minutes.

PC Building Simulator is an incredibly engaging game, but just like all simulators, of all shapes and sizes, it is unfortunately not for everybody. This is not because of the subject matter, or because of it being on console – but because just like all sims, it is at its best when played in short bursts. Like I said before, PC Building Simulator does a lot to entice you into sticking with it, but the sheer lack of excitement which comes with this release stops you from doing so in long bursts. That’s due to the fact that after an hour or two, PC Building Simulator simply becomes, well, boring and if you pace yourself, you are bound to play it for weeks, if not months on end, but if you jump into it, and spend a week grinding it just to get all the trophies and unlocks, then you are bound to burn out, and leave PC Building Simulator in the past.

To summarise, all that really has to be said about PC Building Simulator is that it’s a perfectly fine game, but for a niche audience – especially on consoles. While it may not be for everybody, then it may lead to a surge in releases of other highly anticipated sims, such as the aforementioned House Flipper. It is definitely a great time filler game, for those times where you just have an hour of free time and just want to relax. PC Building Simulator, unlike you all your action packed AAAs, is actually a game which gives a moment to breath, instead of pushing you from one predicament, into another.

PC Building Simulator is an incredibly complex, yet relaxing simulator – even if it is a little niche.