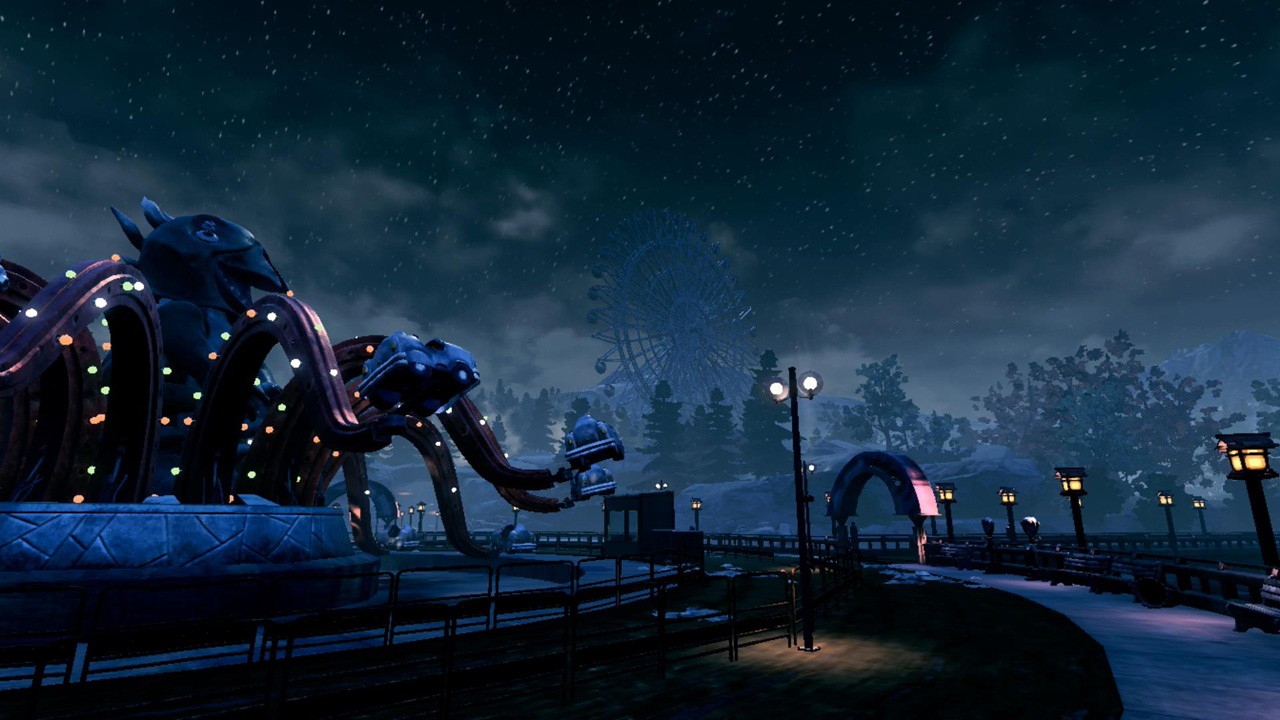 When it comes to the mix of genres within walking simulators and horror games, you can pretty much guess what you’re going to get with it; even if you don’t know what lies ahead. For instance, you know your going to explore a series of rooms or settings to uncover clues around the story or the premise behind it. You also know that at some points within the game, something is going to jump out at you and sometimes, you’re forced to run or hide from some twisted form of monstrosity. However, I suppose you could say the same about any genre really. After all, you know what you’re going to get with games such as Call of Duty or Grand Theft Auto. However, within walking simulators, you simply know that you’re in it for the ride, but when it comes to Funcom Oslo’s The Park, it might just put you on a ride that you don’t expect as it white-knuckles a release onto the Nintendo Switch.

You play as a female protagonist, Lorraine, who re-enters the theme park of Atlantic Island Park as it approaches closing time. Your reason for doing so, is to search for your missing son, Callum, who has ran into the park in search of his lost teddy bear. As darkness closes a shroud around the rides, you embark on a psychological horror that reveals, not only the dark and sinister secrets of the island and its park, but also delve into the worst nightmare’s of Lorraine’s past and and protective love for her son. Although it’s primarily a horror, this isn’t a game of fleeing a series of monsters, but focuses more on its dark story and a series of jump scares that catch you off-guard more often than not. 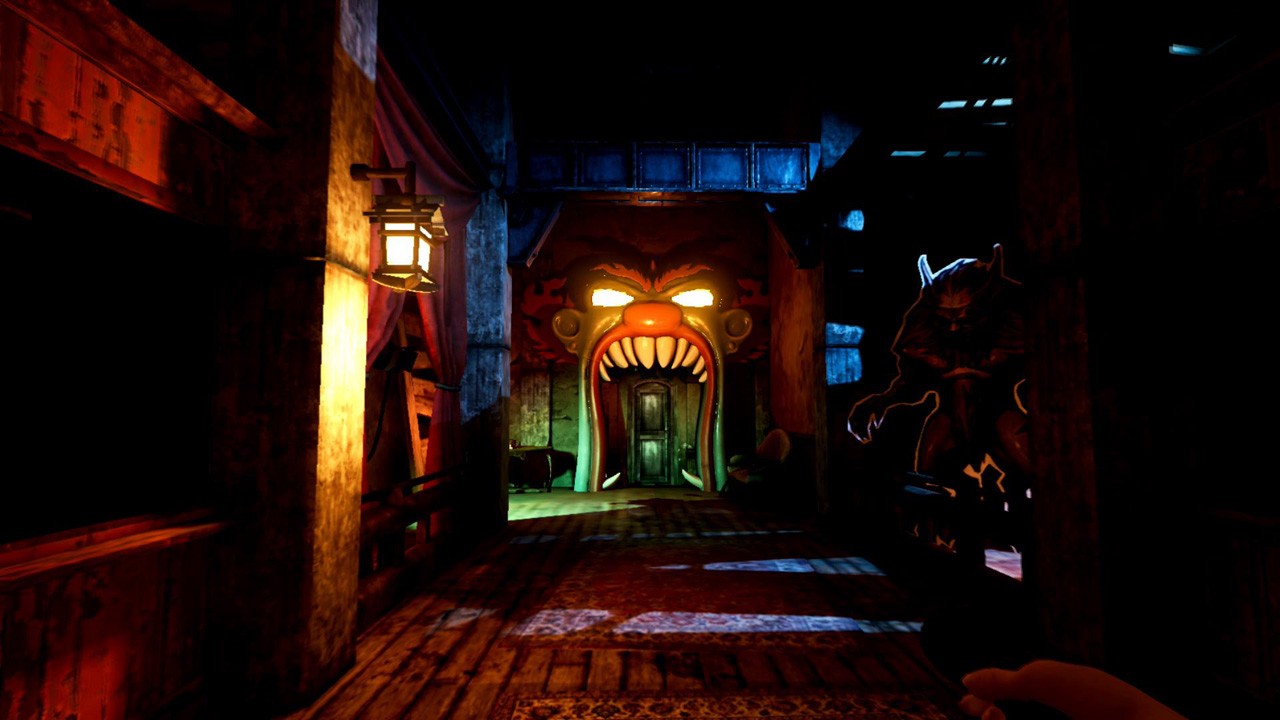 However, where The Park differs from most walking/horror simulators, is the presentation by which the scares and the story are presented. The game runs along a linear path and pushes you along its singular path in order to get the most of it. It constantly pushes you forward in your pursuit of Callum, shouting out to him with a dedicated button that calls for his whereabouts, or to come back, whilst presenting you with a series of first-person perspective rides as you journey through the nightmares of the roller-coaster, bumper cars and ferris wheel, as well as a host of others. Each of these rides are memorable in their own right, often leaving you with plenty to think about and never run on for so long that you begin to feel decidedly queasy.

There are also a number of textual documents to find through out your journey, as well as plenty of jump scares that genuinely do frighten and catch you unaware at times after an initial slow burn. However, it is the story-telling that takes centre stage here, with an engrossing narrative that invests you fully and pushes you forward. Because of this though, the game has an average play-time of around one or two hours in total. It runs at a nice pace though, with seven rides to explore and different areas to walk through. Although the game is within the genre of a walking simulator, its linearity produces more of an experience that I can only best describe as, an interactive DVD or Blu-Ray; admittedly though, it’s more interactive than not. Unfortunately, this may put some people off, but of you’re a fan of the genre, The Park does present itself as one of the more interesting titles within its genre.

This is largely due to some great voice-acting; especially with that from the main lead within the game, Lorraine. Her tone and emotional responses really do produce an air of believability into her character and invests you fully into her story and ultimately, where the path she treads upon takes her too. However, the visuals don’t quite match the excellence of the voice-work, although I wouldn’t go as far as to say that they are bad or ugly either. They don’t quite match the detail of titles such as The Vanishing of Ethan Carter, but they still look great on the Switch; especially when played in hand-held mode. Saying that though, there are a number of restrictions that are down to the lack of power and architecture of the Switch, making this version of the game slightly inferior to its previous releases on PlayStation, PC and Xbox. 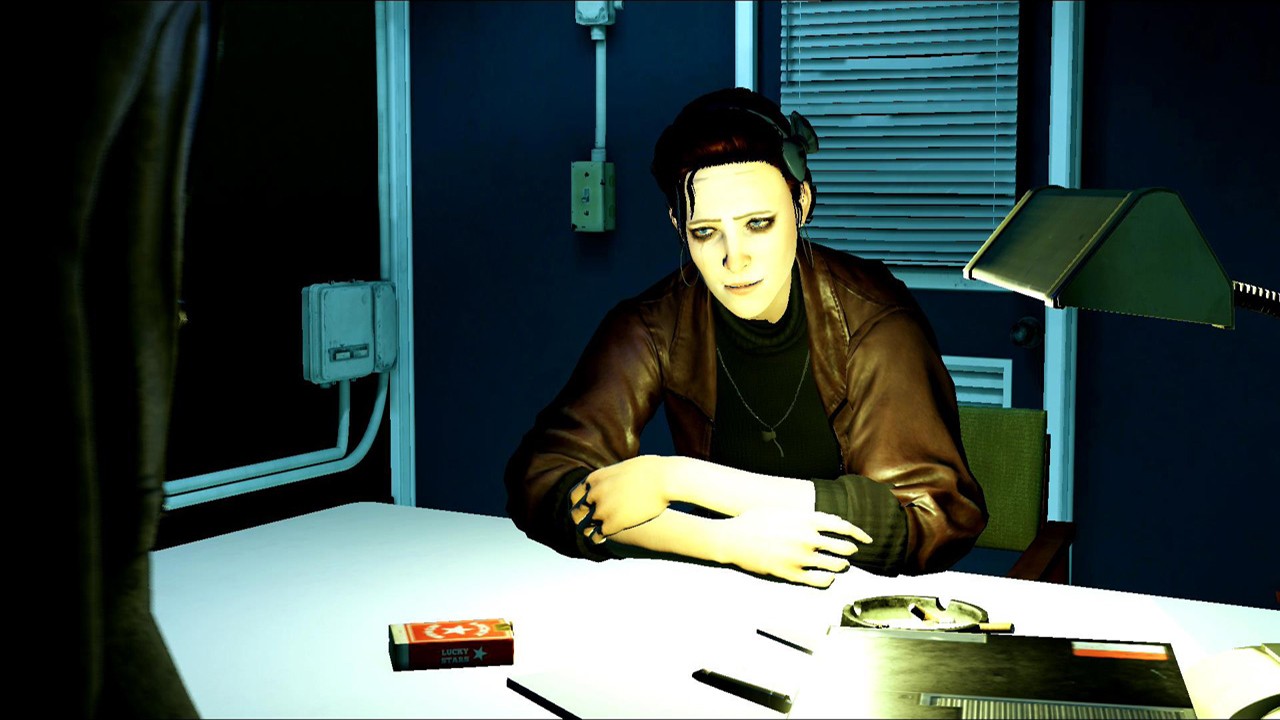 Despite its weaknesses, this is a game that holds more redeeming features than faults. Its take can be disturbing and even uncomfortable, sometimes a little complicated, but overall, interesting. It’s in this premise, as well as the thrill of the rides that pushes you forward to the end. In fact, I wanted more when I reached the final credits, making this a game that is very much worth experiencing, just for the story alone. It’s highly emotive, although once you’ve sat through it once, there’s very little to warrant a return with a lack of different endings or rewarding collectibles. It’s what I call a disposable game, once you’ve played through it once, you simply throw it away.

Overall, The Park is an interesting title that is recommended purely on the experience it takes you through. From the disturbing story, to the fair rides and the excellent voice work, you really do feel as if you are a character within a virtual movie, but it’s also here where the game can falter with its linearity. It’s short play-time, slow burn and technical restrictions may put some players off, but if you’ve never paid a visit to The Park, then it’s well worth buying a ticket for. After all, it’ll take you on a white-knuckle ride full of thrills, spills and plenty of scares during this Halloween season.

The Park takes you on a disturbing ride that will leave your knuckles a distinctive shade of white.