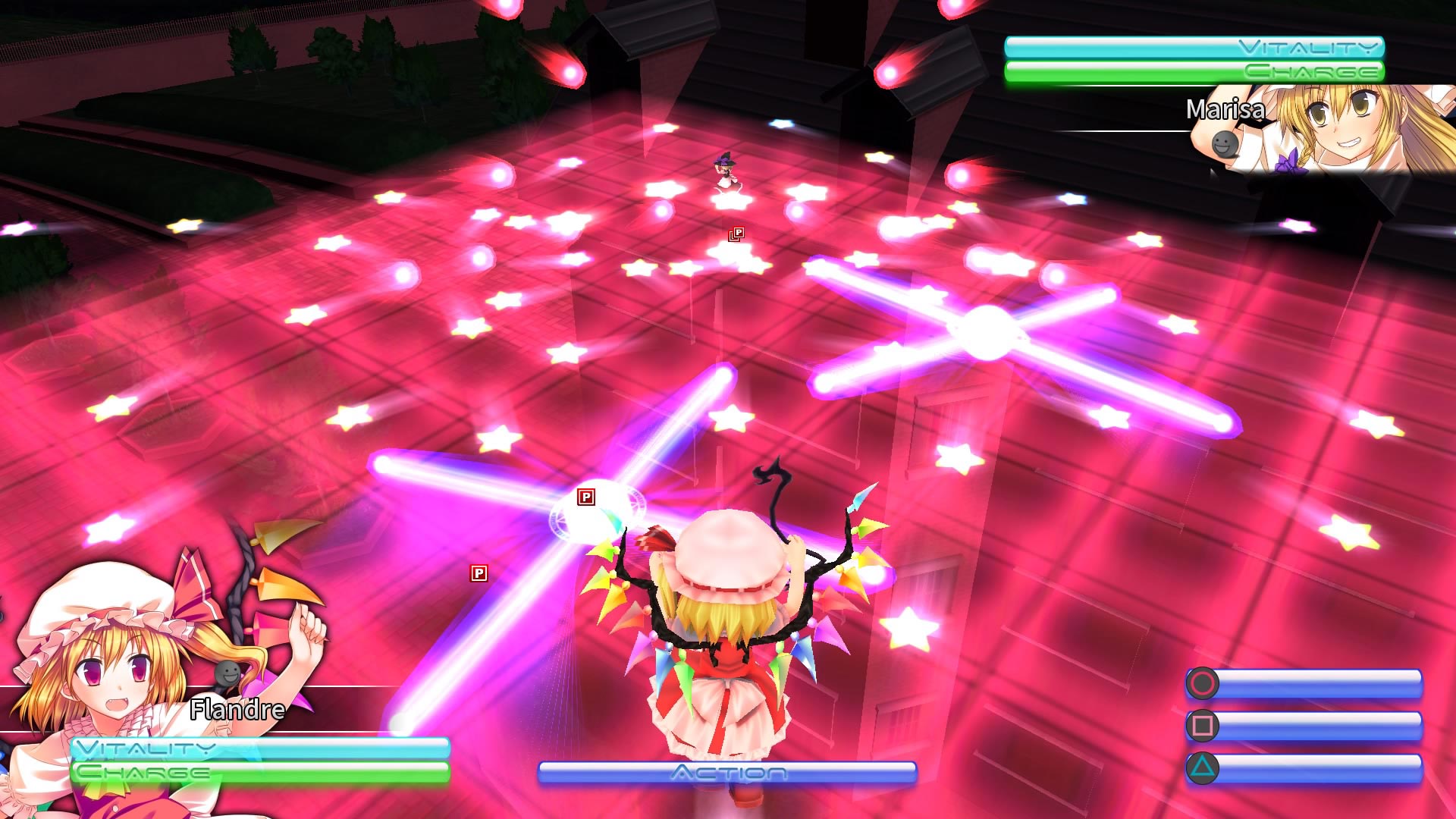 Touhou Kobuto V: Burst Battle is part of an ongoing series featuring cute anime girls beating the heck out of each other. It’s a strange series in that regard alone, but it has a whole plethora of strange oddities to get through before you get the full experience. The story doesn’t really add much to the series overall and feels more of a spin-off than anything. That said, at the core of it all there are similarities between V and other Touhou Kobuto games in the sense that there is a mystery to follow and solve. An unexplained incident happens and you play through a rather short story mode from the perspective of the various characters in order to piece together what truly happened. It’s fun, but it just doesn’t seem very impactful. If you’re a hardcore fan I’d set myself up to expect more of the same as seen in previous games. perhaps even something watered down. The art accompanying the story though is brilliantly done, so NISA spared nothing in that regard, so what points are lost in the story’s blandness is made up for in presentation..well, in dialog scenes anyway. The battle models admittedly do look nice though, but you spend more time than anything staring at the back of their heads which is a shame.

The game’s mechanics themselves are a mix of the fighter genre in a 3D plane with bullet hell ranged attacks and I’d be lying if I didn’t say it felt really slow and clunky, even unresponsive. I feel like it could benefit from a battle speed increase as it is difficult to get past that feeling of wearing weighted boots. Maybe even proper combo attacks and side dashes that didn’t deplete stamina or something to make you feel more in control of your position in battle outside of leaping into the air. Three of your buttons are tied to different attack types, each with their own stamina bar which prevents you from using an attack excessively, which really feels like it bogs you down waiting for meters to build back up while you wait for your moment. 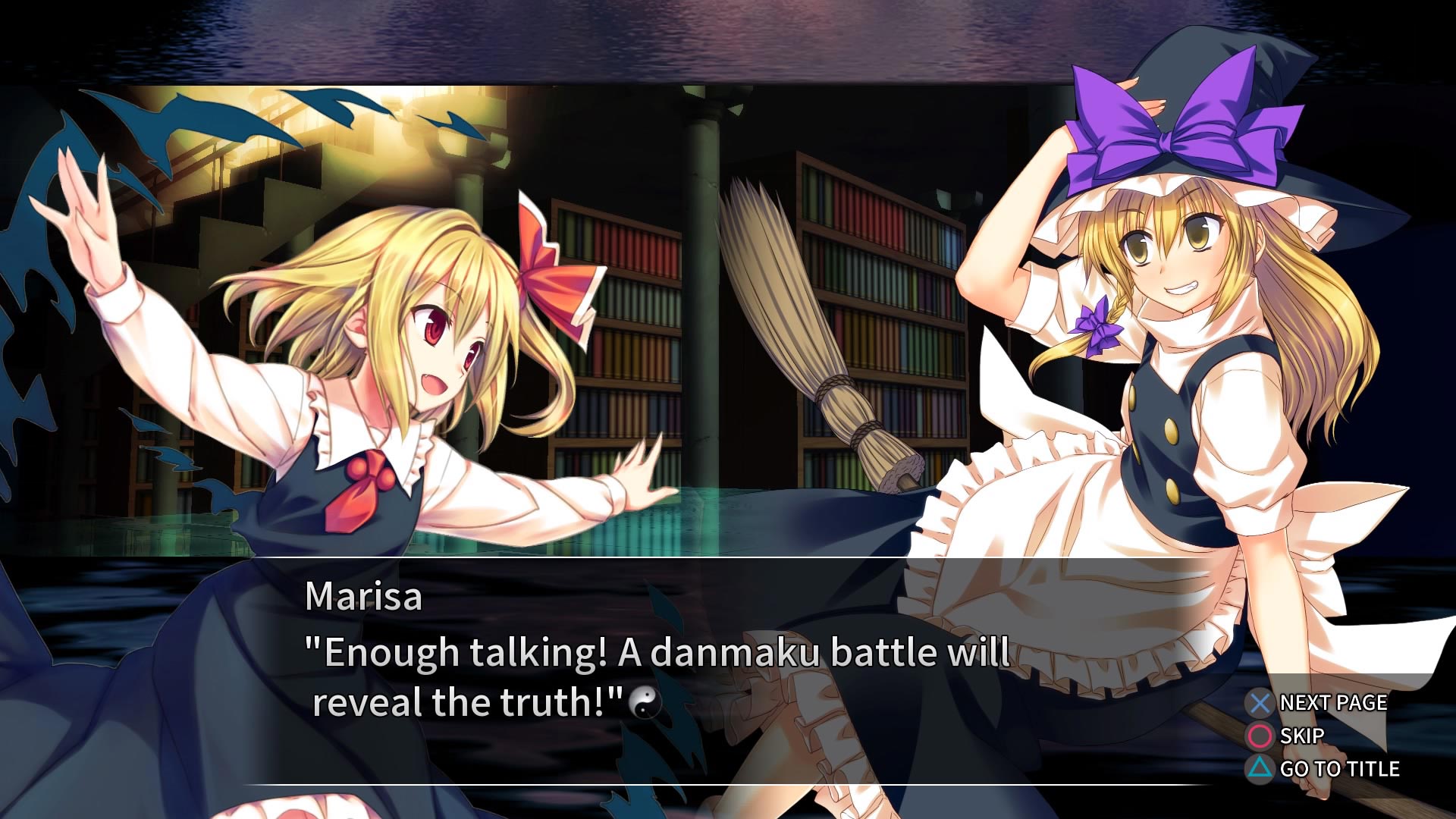 If you deplete yourself too much you become staggered and are essentially dead in the water while your opponent wails on you. If you jump or double jump into the air you can seemingly hover for a time while you blast your opponent with attacks and while this feels so much better than the ground level attacks, it shouldn’t as it also has its own issues and the floatiness can be as much of a detriment as a blessing. One second you may be sending a volley of ranged attacks in your enemy’s direction, the next you have them coming your way. The camera is pretty awful and unforgiving too and is more frustrating than anything. You just feel too bogged down by meters, lack of mobility, and limited attacks constantly being wary of staggering yourself. I just can’t say it’s a good battle system overall. It’s frustrating and you end up having a lot more success charging your enemy down and smashing them with alternating melee attacks than you do with the other means of fighting. Nothing feels accurate, block feels like it rarely works and it’s really just not a fast-paced game in any sense and I think it needs to be.

Disappointing story and battle system aside, there are a variety of modes. You have Story for following the main game itself but also Arcade, Score Attack, and a variety of VS modes for CPUs, local VS, and Online VS. It seems like a lot but it really isn’t, as the only thing that seems to change in Arcade mode is you get to select your character without sitting through the dialog and the VS modes simply allow you to play another person, though the online servers aren’t exactly overrun with activity and otherwise the gameplay still stays the same. Still, that said, there are a decent number of playable characters, though listing a DLC-only character feels like you’re being pushed to buy something and honestly, there isn’t a good balance between characters overall. I would give Touhou Kobuto V points for replayability though, as adding pieces of story to each character does make you feel like you want to find out what happens, so if you can stand the gameplay, you’ll end up playing a bit of it as again, the story is quite short with each character’s path facing 6 or so opponents each. 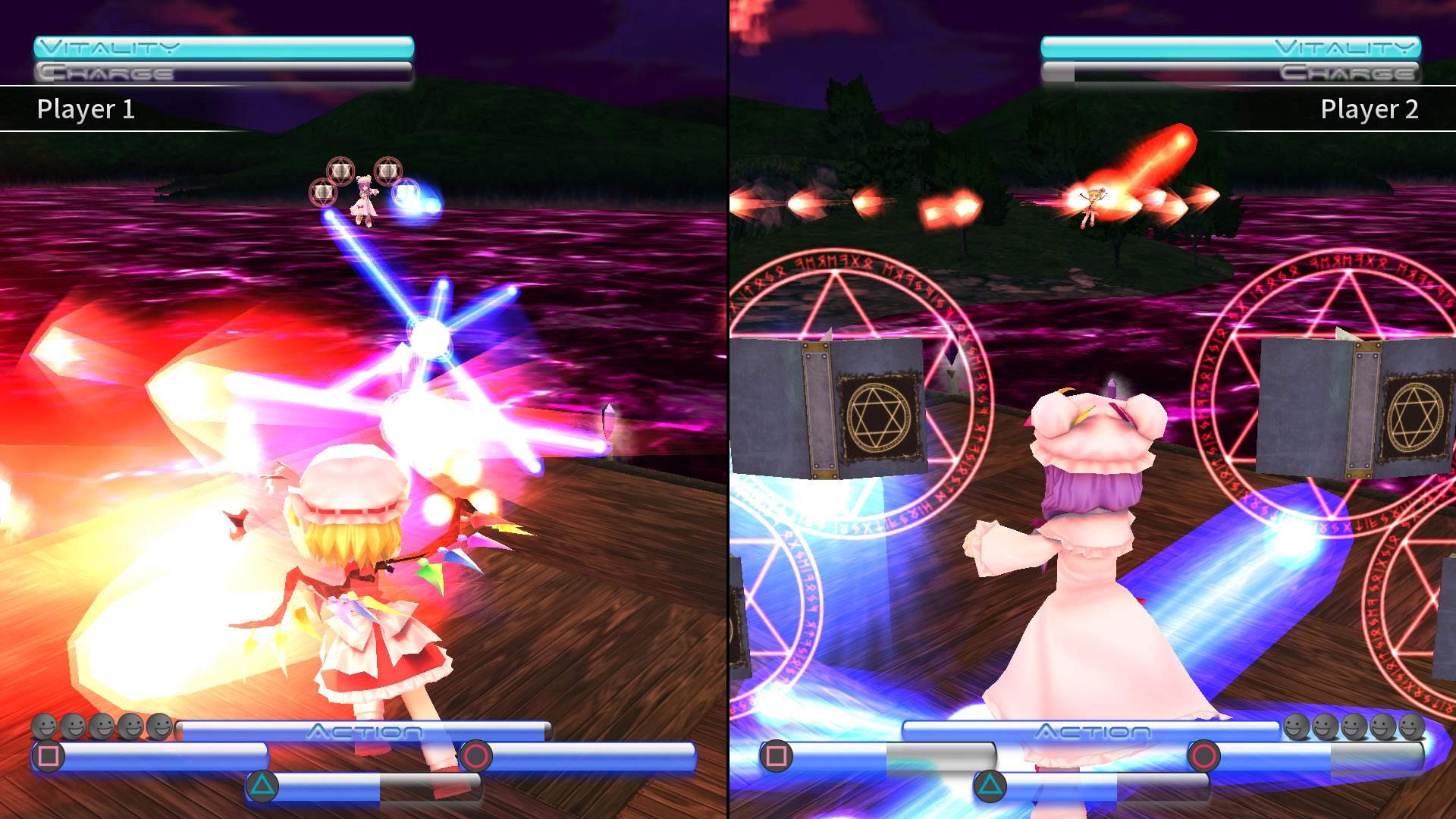 The music tracks are okay I guess but they don’t feel like anything special or really suited to the game’s battlefields and being honest, I found most sound effects to be kind of annoying overall. They just begin to grate on you after alternating between the same 3 attacks long enough. Touhou Kobuto V: Burst Battle is also compatible with Playstation VR, though I can’t imagine this being a better experience via VR unless the camera changes allowing you more free movement.

Overall, I was not a fan of this game and am actually disappointed as I am a long time fan of NISA IPs. This feels like the series is moving in the wrong direction and I’m sure I’m not the only one who thinks so. Hopefully, NISA rights the course before this series ends up as a sinking ship. An okay game but not worth the price tag and likely the worst in the series. I can’t recommend it, unfortunately. If you’re a hardcore fan of the series this might amuse you for a while, but to newcomers and people who have played earlier games in the series, it feels like a battle just to play.

An okay game but not worth the price tag and likely the worst in the series.