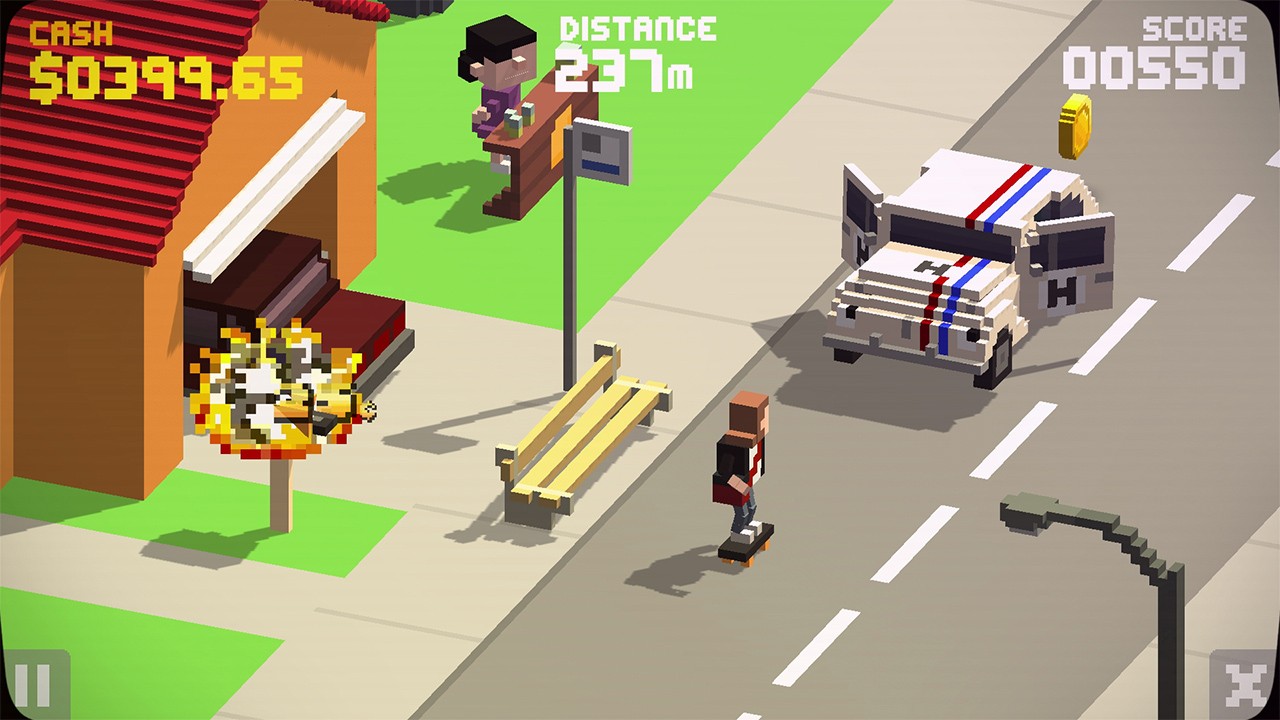 If video killed the radio star, then videogames resurrected them. Well, pop culture icons from the 80s – mostly film and cartoons in The VideoKid. I would say I took a chance with The VideoKid as I had previously never heard of it, but the bond it has with the classic Paperboy was enough to capture my attention.

Everyone knows Paperboy by now – whether you played it in the past, have it in your growing retro collection or witnessed someone doing a Let’s Play on YouTube. If you’ve just got home from your paper round though, let me just say that it’s an isometric game where you throw rolled up newspapers into mailboxes while avoiding static and oncoming obstacles. It was a short game, but pretty hard.

The VideoKid is from the same mould. Well, practically the same game only you deliver videotapes (ask your parents), the visuals are similar but modern, plus the pop culture references are a delight for us ‘boomers’. Just a quick nudge if you like this sort of thing; check out the review on The Wardrobe: Even Better Edition, only the references aren’t limited to the 80s. 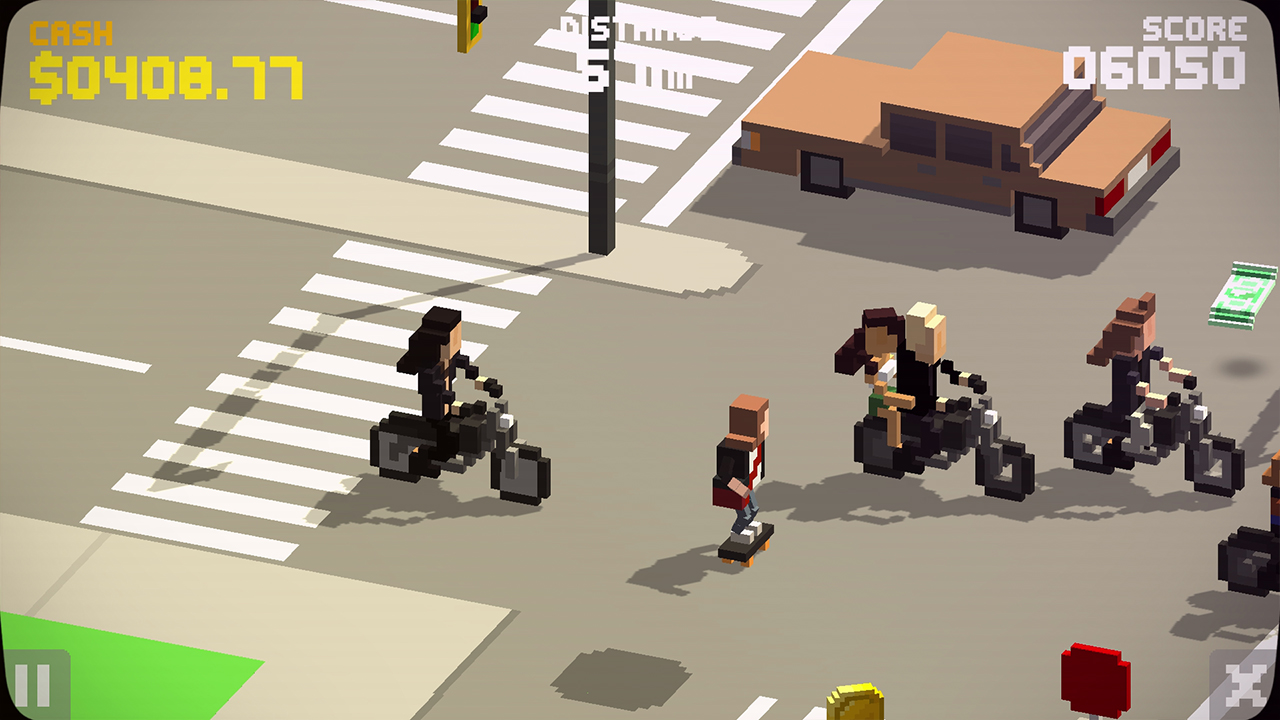 The point of the game is to get to the end of the street to meet your girlfriend, Jennifer. An easy task, but you need to deliver videotapes and avoid all sorts of shenanigans along the way. I say ‘deliver’, you just throw the tapes to your left by mashing the B button and jump with the A button. You don’t have to mash the button, but as the tapes are infinite and you can smash windows and hit NPCs for points, it just makes sense and is a lot of fun.

You don’t need to hold any buttons to move, but you switch between three different lanes – the pavement, and two sides of the road by tapping the analogue stick. Sometimes you’ll have characters run towards you such as Big Bird or The Terminator which you have to dodge, or on the road, it’s cones or cars. You can jump most objects and do tricks off of them to earn points, but unless you have a jump power-up, you can’t ollie the people and will instantly fail should you collide with anything. And that’s where it’s difficult. With only one level, The VideoKid is particularly challenging as you can’t touch a thing. Despite your numerous attempts, the level changes up a little so you can’t completely memorise it. On paper, it’s not that hard, but in practice, frustrating – but a lot of fun too.

Scoring points is secondary to meeting with your girlfriend, but a key area is to collect as much money as you can. This can be in the form of coins found littered across the play area or by successfully delivering videotapes. The amount you are awarded is very tight, and unless you continually finish the game first time, you’ll need to grind the levels a hell of a lot. What do you get with all these coins I hear you ask? New skins and a handful of tricks. Just superficial stuff then, but a goal nonetheless. Some of the skins to unlock are an Arnie costume, the Joker, Teen Wolf and the ever-elusive top prize my daughter ordered me to get – the She-Ra skin. I went for the Marty McFly skin because, you know, it’s Marty McFly and it was easy to obtain. 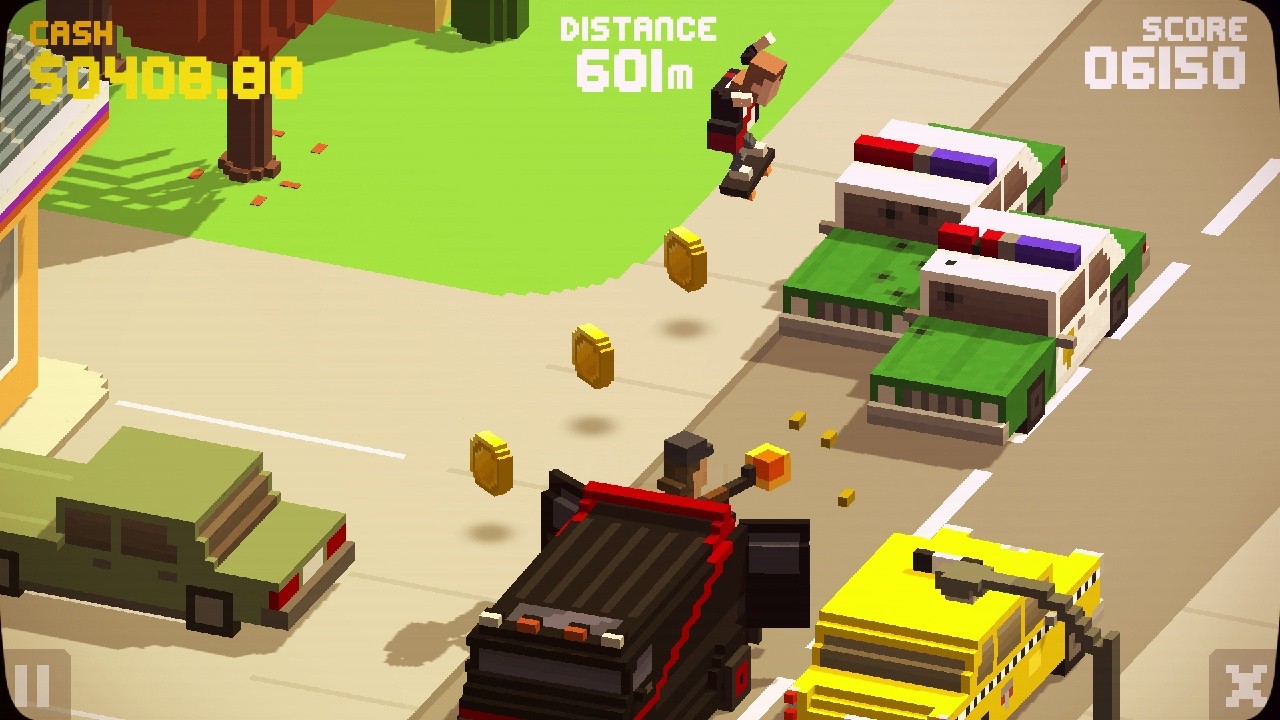 The VideoKid is a full-on Paperboy clone, though I prefer it and have to say, really loved this game. It’s done in the style of a retro game, but more like Crossy Road than its predecessors. On first impressions, the sound quality was pretty weak, but then it dawned on me that this was paying tribute to the 80s game before it, and in reality, it’s spot-on. It wasn’t long for me to shout out “Thanks VideoKid” every time I threw a videotape that hit some chump in the face. I’m unsure what the character reference was – it looked like Grease, but maybe someone will know and perhaps enlighten me. In summary, this plays like a classic 80s arcade game.

Now here is the grey area – can I recommend The VideoKid? On a personal level, this is a lot of fun. Aside from playing a bit of Where’s Wally? with all the characters you see (a new one always seems to pop up), this is a fun game to play, if a little trying. But, it’s only one level, and there isn’t any further variety other than buying a handful of tricks or a new skin which has zero effect on playability. Unless you have the patience or are naturally very good at this sort of game, this should keep you going for some time to actually finish the level – or perhaps you’re also grinding for the She-Ra costume? This is why it’s difficult to recommend; I can’t really say if you’ll come back to this again and again.

For the lack of levels and game options, I’ve been playing this for a good deal of time, as I really like it, but I can see a lot of people getting irritated with the difficulty and repetition. Meet Jennifer and deliver all the videotapes and then what? Considering I play Paperboy until this day, The VideoKid has lastability and in my opinion, a better game.

For fans of the original Paperboy, you can’t go wrong. For everyone else, a fun indie title that will test your patience and skill levels for a game that only has one level.

Aside from a few tweaks, the same game as Paperboy
Only one level
Instant fail if you touch anything other than coins