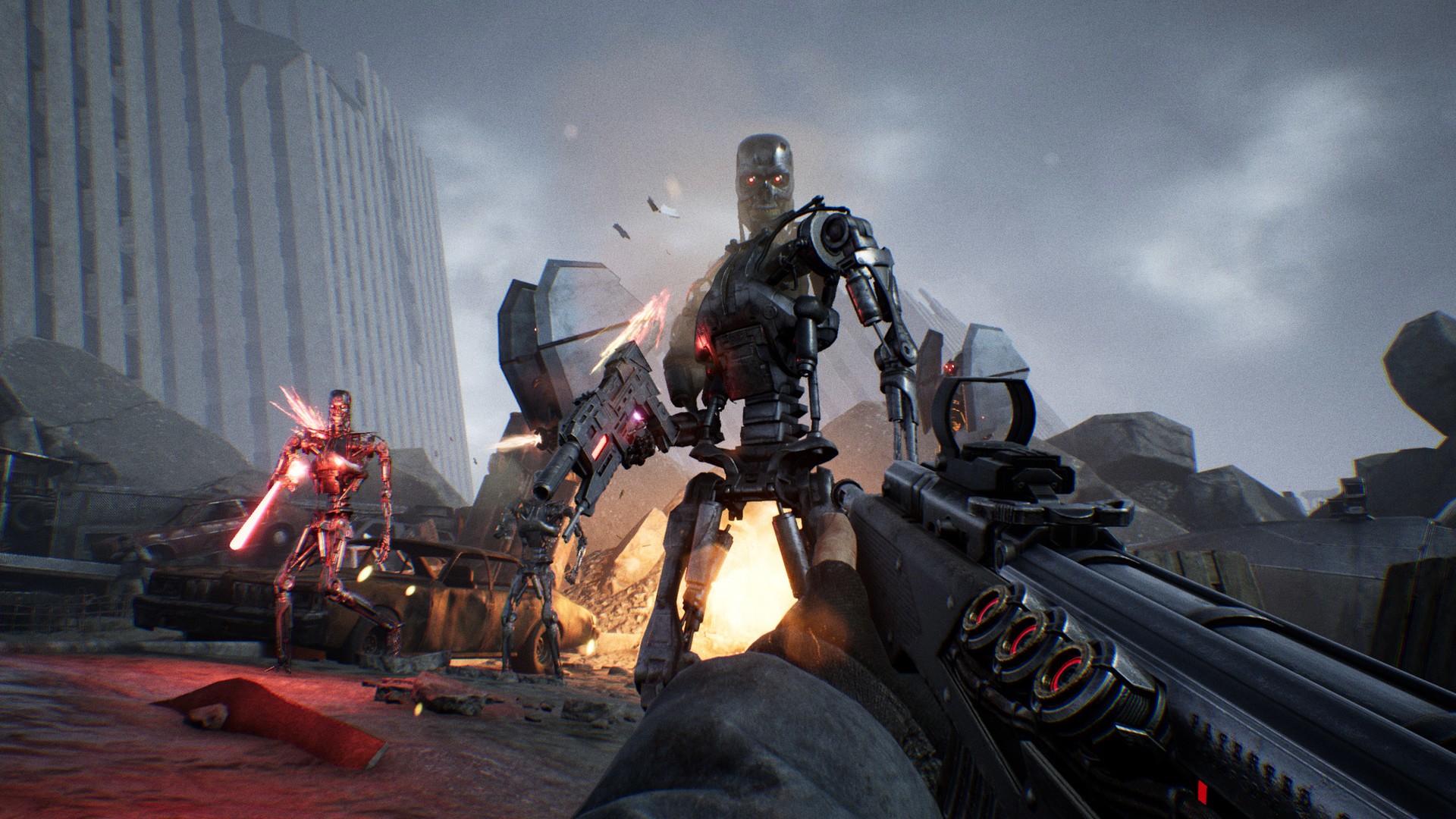 No, your eyes are not deceiving you, that’s right, there’s a new Terminator game that just came out, and apparently, most people were not even aware. It seems that little to no marketing was made to push this game, and probably that’s for the better. I find that when you jump into a game with little to no expectations, most often than not, you’ll end up having a good surprise. Terminator: Resistance is just that, a damn good surprise.

Terminator: Resistance is brought to you by Teyon, which you might have heard about thanks to their previous game, Rambo The Video Game, which wasn’t that well received by critics and fans alike. However, with that said, after playing Terminator: Resistance, I can tell right away, with no second thoughts, that this game shows you how much the production quality of the team has evolved.

If you’re not familiar with the Terminator franchise, I’ll quickly summarize things for you. Essentially, Skynet, a military AI that became self-aware, determined that Humanity was a threat to its existence and decided to unleash a series of nuclear attacks across the globe in an attempt to wipe out human civilization. Fortunately, it failed to complete its goal, and this is where we now stand, as Humanity fights to free itself of Skynet’s rule.

Terminator: Resistance takes place before the first two films and sets the stage for the events that are to follow in the series. The player takes control of Private Jacob Rivers of the Resistance Pacific Division, and you’re set on a path to stop Skynet once and for all, meeting a series of characters along your journey and facing an ever-increasing set of challenges. Terminator: Resistance is a straight up shooter through and through, and honestly, if it didn’t make use of such an iconic license, the game would lose much of its value, as the game heavily feeds into the nostalgia, fan service, and power fantasy of those who have grown to love and appreciate this series. 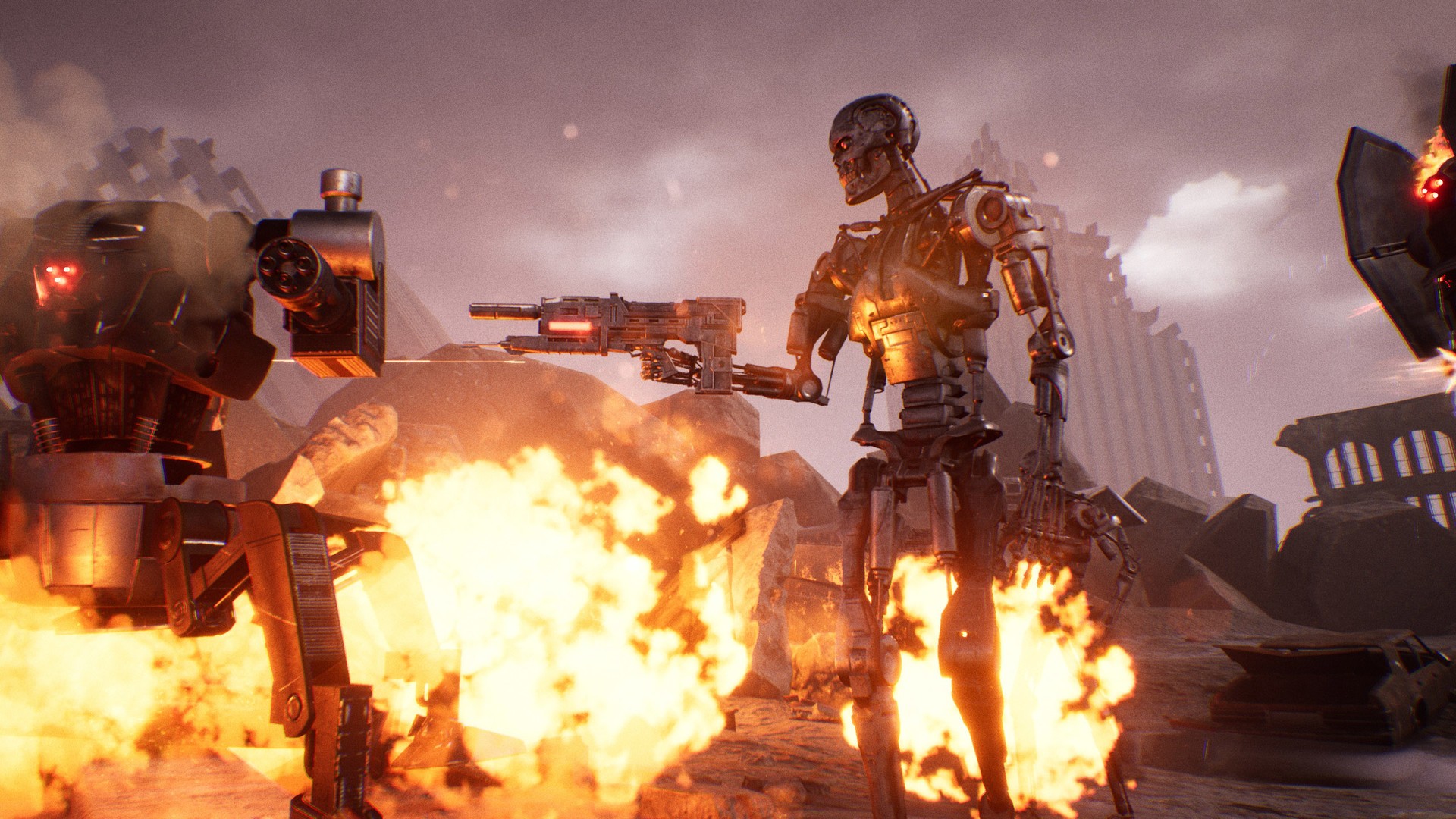 The game’s mission structure presents itself as a mix of a few linear segments where you must follow specific instructions, with semi-open areas that allow you to approach objectives from different angles, whether that be going in guns blazing or opting for a more stealthy approach. Between these missions, you’ll be in some safe house or Resistance shelter, where you get to talk with other people, trade, and even craft items. These people will also often give you side-quests that you can choose to complete once you’re out on your next mission, which I found to be worth pursuing because they might give you some kind of reward, as well as develop your relation with the person that asked for your help.

While Terminator: Resistance might look like a very strict FPS at first, the game borrows a few elements from other genres. The biggest surprise for me was the narrative and the fact that the game gives you different dialogue options when talking with NPCs, which changes the way they perceive you. Also, rest assured, that while dialogue choices might not seem to matter at first, as you get deeper into the game, you’ll start realizing that there’s more than meets the eye. Bundled with the semi-open worldness of the game comes a light crafting aspect, something which I didn’t expect in a Terminator game. Scattered throughout the levels you’ll find crafting materials and currency that allow you to craft ammunition, single use items like pipe grenades or one-hit killing Terminator knives. On top of that, there are also these chips that you can plug into Terminator’s plasma rifles to boost their damage output, rate of fire, and things like that.

Curiously enough, there’s also an experience system that grants you skill points as you level up, which in turn can be redeemed in a skill tree in exchange for some bonuses. Things, like being able to lockpick and hack more complex things, being able to deactivate explosive traps, or increasing your overall weapon damage, are what you can expect to see, nothing particularly exciting, just incremental upgrades. Also, if you happen to complete the side-quests, you’re bound to unlock everything by the end of the game. 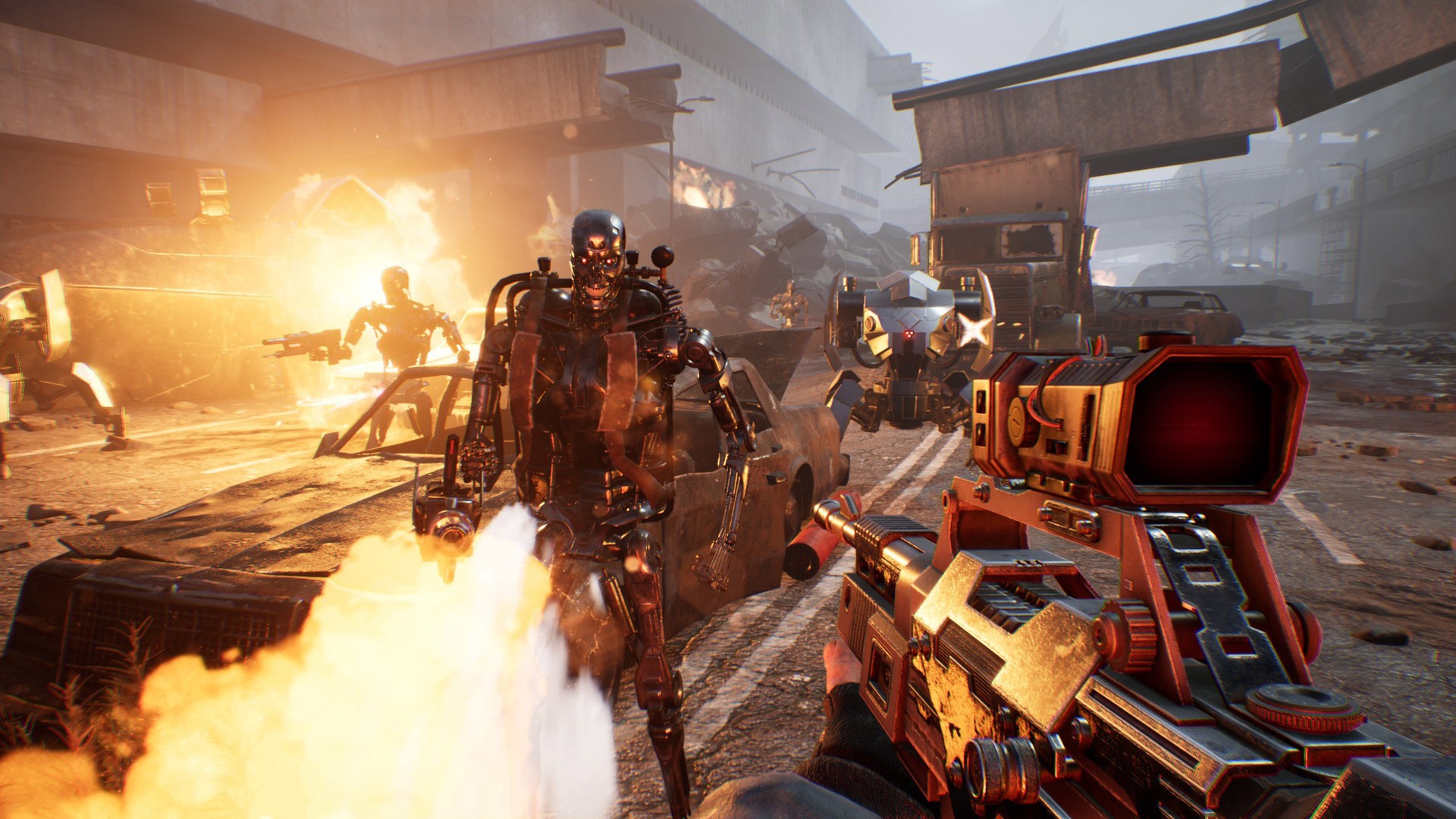 Despite the decent degree of customization and variation of weapons, I have to admit that they do feel a little underwhelming. At first, the weapons that are available to you are classics like the UZI and the M16, but soon enough you gain access to the iconic plasma weaponry of Skynet, which might sound exciting, but in terms of gameplay that’s not the case. Even when playing on the hardest difficulty, there comes a point where the game becomes rather trivial, once you upgrade your weapons and unlock the damage augments in the skill tree. You would have thought that an AI that nearly wiped out all of Humanity would actually pose a significant threat, but in actuality, enemies will just stand in the open while getting shot, they don’t attempt to flank your or outsmart you, they just engage in a very strict pattern, which is rather disappointing.

There are a few other things where the game could be improved, even though they’re not as bad as the caveats that I’ve mentioned previously. For instance, the lack of a field of view option is quite annoying, especially given that the game defaults at 70 degrees, and you have to go to the game’s files to change it. Also, while the game doesn’t look bad, the low resolution textures on some areas are pretty noticeable, and the draw distance on light sources seems to be rather low, as you can clearly notice things such as spotlights or fires increase in brightness quite substantially as you move past or near them. Still, I have to give props to the development team for absolutely nailing the atmosphere of the game. The game looks particularly great at night when the levels are illuminated by the moonlight, and all the smoke and fog perfectly nail the post-apocalyptic feeling of Terminator.

Terminator: Resistance is a pretty generic shooter, but one which does an incredibly good amount of fan service.