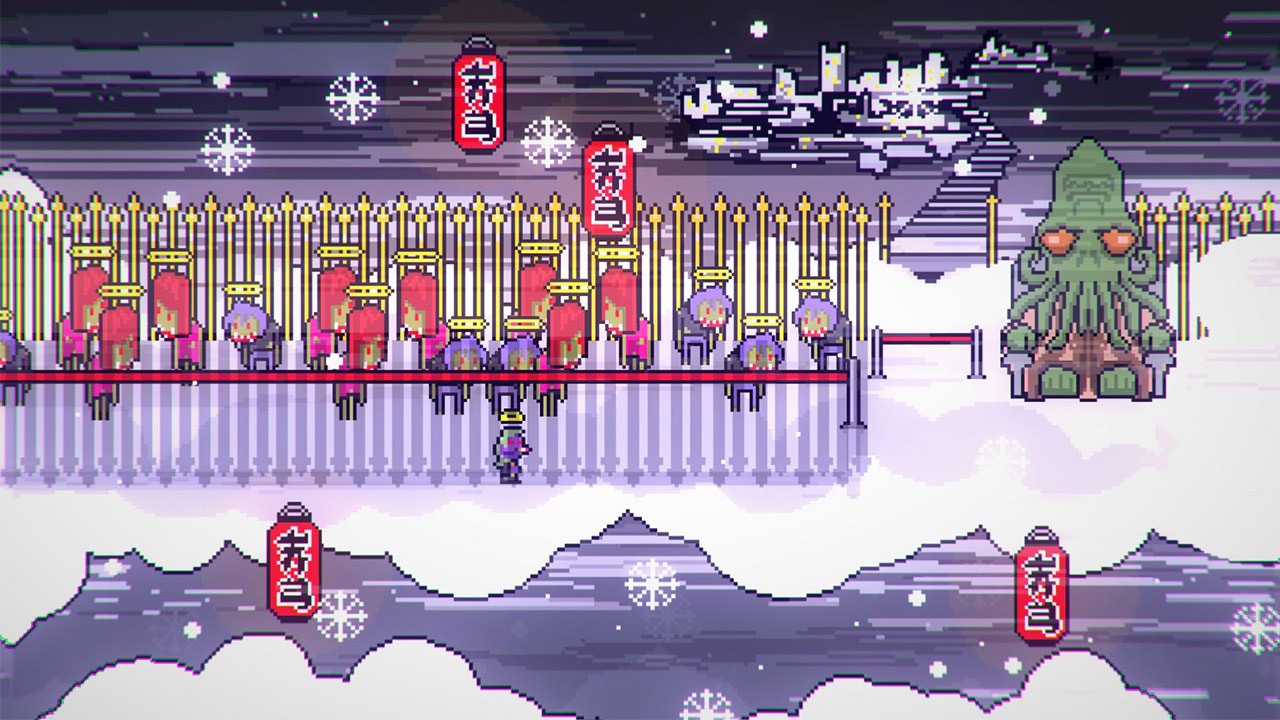 I can’t believe it’s come to this.

When I started on the journey of Baobab’s Mausoleum some time ago, I had no idea what the hell I was getting into. A bizarre series of games from Celery Emblem and ZeroUno Games, it was a borderline fascinating journey to see what happened when you combined the ideology of Twin Peaks with the purposeful Dadaism of game like Hylics. To try and understand the way to play was a journey in and of itself, and the intentional frustration sort of made it appealing, but not in the way that the team wanted. The soundtrack, the nonsequitur turns of events and the broken, crass but effective dialogue made me want to see this thing through. I like that Watracio Walpurgis is a vampire eggplant and it makes no difference to the story. I like that we are given glimpses of other character and other elements that, at the core, make zero impact on the main plot line. And, at the end of the day, I’m so, so grateful that the journey is over. As much as I enjoyed the idea, the execution and the understanding really tipped the scales on the frustration level, and so I leave the last episode in a lesser state of enjoyment than the cliffhanger of episode 2. This is Baobab’s Mausoleum Episode 3: Un Pato en Muetroburgo.

There doesn’t seem to be much to go on in terms of setting up the plot, but here it goes. Watracio is still in Flamingo’s Creek, trying to find the mysterious 64th resident, or at least he was until he got shot in the damn face at the conclusion of the last episode. As some of you Spanish speakers may have extrapolated from the title, we have to journey to the afterlife and back in order to finally get some answers, and the answers are cryptic, confusing, and only somewhat satisfying once you finally have that “Ohhhhh” moment during the ending. As with the last two games, Watracio’s approach changes dynamically from chapter to chapter, forcing players to engage in totally different games and gameplay styles in order to return to the land of the living, engage with the residents and put this puzzle to bed once and for all. If you are coming into this game without playing the previous two, stop. This is a legitimate terrible place to start and it’ll make even less sense than it already does. Go play the first two or at least read my reviews, and we can go from there. 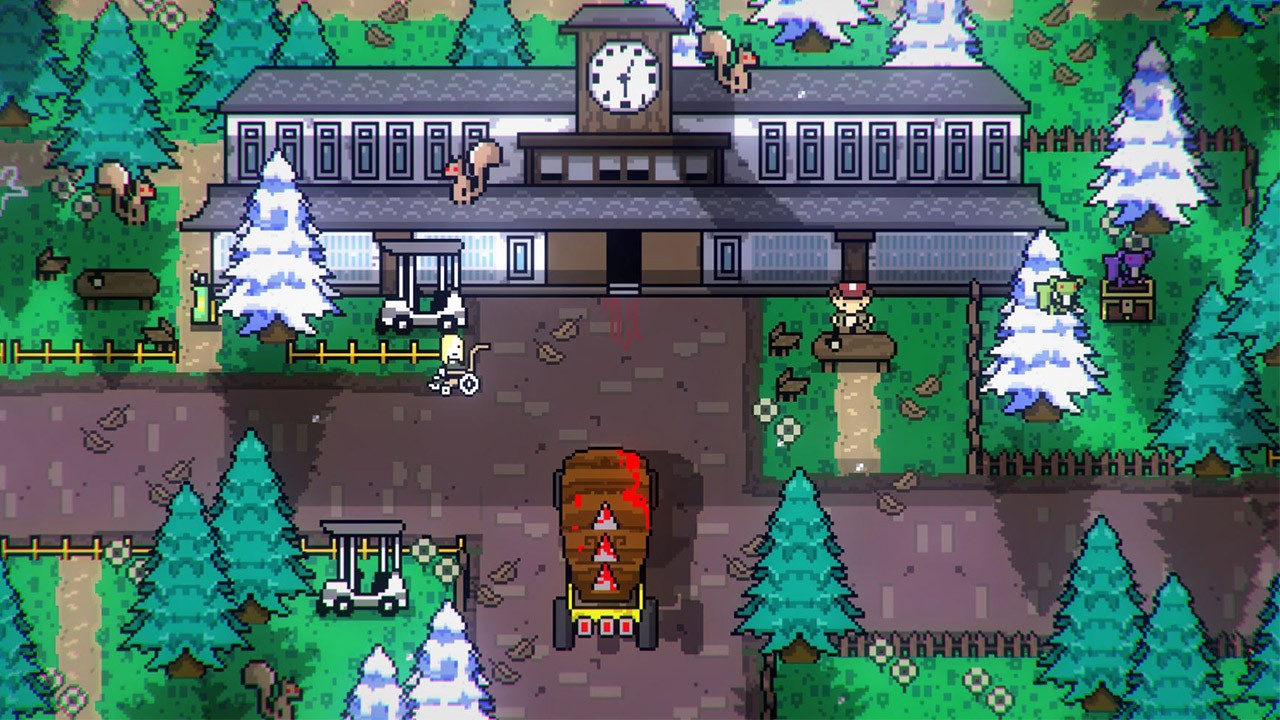 Celery Emblem has had two games to get the formula right, so it’s not surprising that some things are well accomplished within Baobab’s Mausoleum Episode 3. The soundtrack, as always, is a stellar, jazzy, dark-funk sort of build that puts me right in the mindset of dealing with some serious mindfudge. You need headphones to properly enjoy this game, both to appreciate that we’ve kept the same sound effects this whole time and that the music continues to evolve. It reminds me so much of Monkey Island 2 (LeChuck’s Revenge) that it becomes hypnotic to walk around the different town areas, ones that are both familiar and, inexplicably, brand new to the player. It’s crazy that this town only has 64 residents, and there are still things I haven’t seen yet. I particularly enjoyed the casino’s design and, even though I hated the execution, the golf cart scenario was really fun in how it was presented.

Episode 3 feels like the most ambitious of the games, as Johnny Jazz strives to put everything into this last title to try and fulfill a bucket list of game design that we were unaware of. Yea, we got 2D, sidescrolling adventure in spades, and that’s what the game does best. It’s Watracio’s bread and butter, and I have zero issues that the game takes on these rolls. I also was pretty caught off guard but pleasantly surprised that the game begins with live action footage where you need to push buttons to move along like I’m somewhere between Dragon’s Lair and Night Trap. While short, I appreciated the strange, apropos setup and style, and would loved to have seen more of it. The golf cart, again, was very difficult to control but not totally unwelcome. You get into a 3D landscape and have to control a very wobbly, very uncooperative cart that can totally ruin your game if you’re not careful. This isn’t an exaggeration: you can get stuck and just need to start the chapter over again, so be careful navigating around the sheep…things.

I wasn’t pleased that we went back to the FPS mode, and that’s because it was my least favorite things about the first Episode and was such a relief not to see it in Episode 2. The FPS is done better here than the janky, obtuse Minecraft-style puzzle of the first episode, but it still doesn’t control well and still leaves me feeling exceptionally motion sick. Since we saw that, in both episodes 1 and 2, we can have some solid shooting in a 2D environment and still move the plot along, this felt like a weird place for the devs to try and do something new, especially so close to the climax of the game. Still, other people probably had fun, and I gotta keep in mind that this attracts an audience that’s somewhere between avant garde and just full of self loathing. 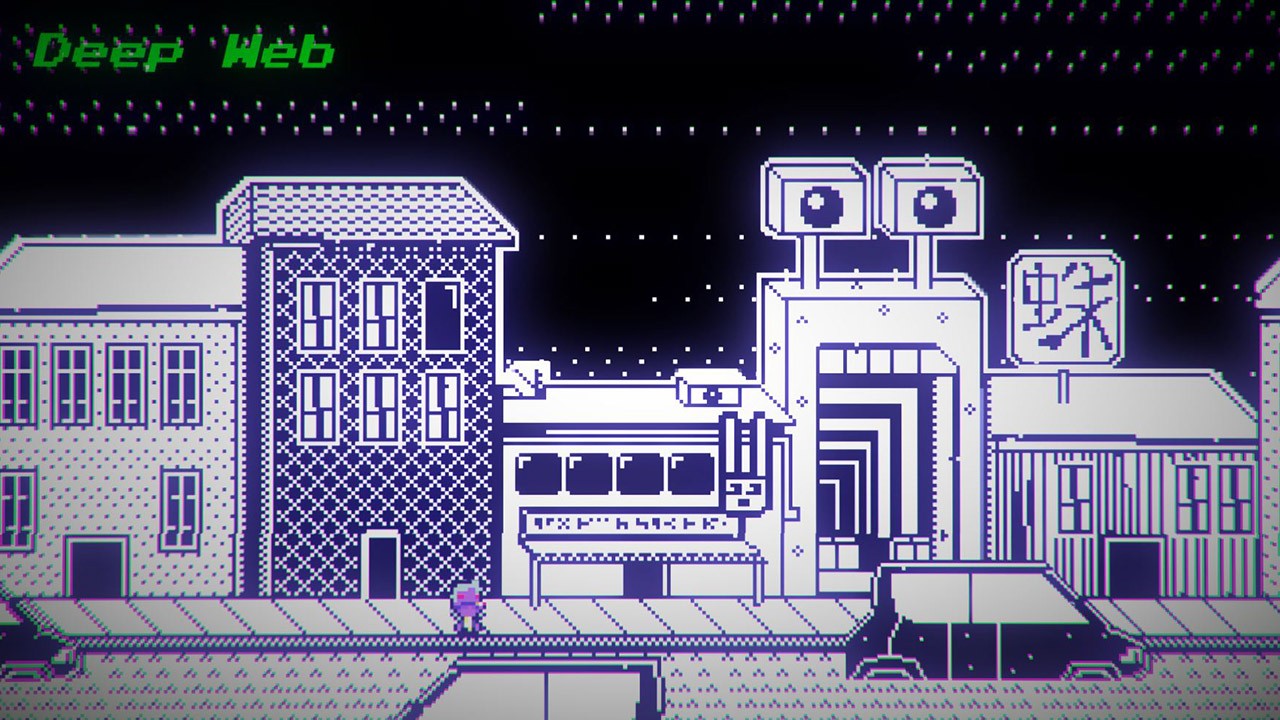 That is still the main crux of Baobab’s Mausoleum, and it’s one that I never quite get over: this game hates you, and you really start to hate yourself. It’s not enough that the game has these weird perspective shifts where you’re now playing a totally different game, and it’s not enough they change the rules completely from episode to episode (no more full inventory, two kinds of cigarettes, running?). They need to make the rules and conditions as obtuse and difficult as possible without leaving you totally blind. The second puzzle, for example, gives you a very, very vague notion of what to do, and you only figure it out through serious patience and examining your inventory which you are expressly told is empty at the beginning of the chapter. To be fair, the frustrations of this game are nowhere near those of the first two (12 hours time difference? Really?), but they are still present enough to make you grimace, not grin, when you finally land on the correct solution. When you finally get everything worked out, there’s a chilling moment when you realize that you’ve spent hours on a game that could, realistically, be finished in 2 hours, maybe less. That’s not always the best feeling with a puzzle game.

But here’s the thing: you don’t sit through the last season of Lost because you decided that’s where you wanted to start the show. You watch the whole, agonizing thing because you want to see how it ends. That, more important than anything, is how to tie off the trilogy that is Baobab’s Mausoleum. And I actually liked the finale in the sense that it totally jived with the tone of the game and the storyline overall. As much as I disliked the puzzles, once you know what to do and how to do it, the three episodes, together, make a cohesive, if disorienting and strange story. That is what my big takeaway was, and what I kept repeating to myself as I figured out all the ins and outs of this last, exasperating chapter. If you’ve come this far, if you’ve actually played and enjoyed the other two episodes (or at least finished them), you owe it to yourself to wrap up the tale. The writing is still fun and good, and the music is still cool as hell. The puzzles are what they’ve always been: brain breaking, sometimes in a good way, other times not. It’s not the strongest chapter, but it is the end, and that, my fellow eggplants, is perhaps the best we can get.

The weakest in the series, Episode 3 still serves the ultimate purpose of ending the bizarre saga of Watracio, though it could have been on a much higher note.