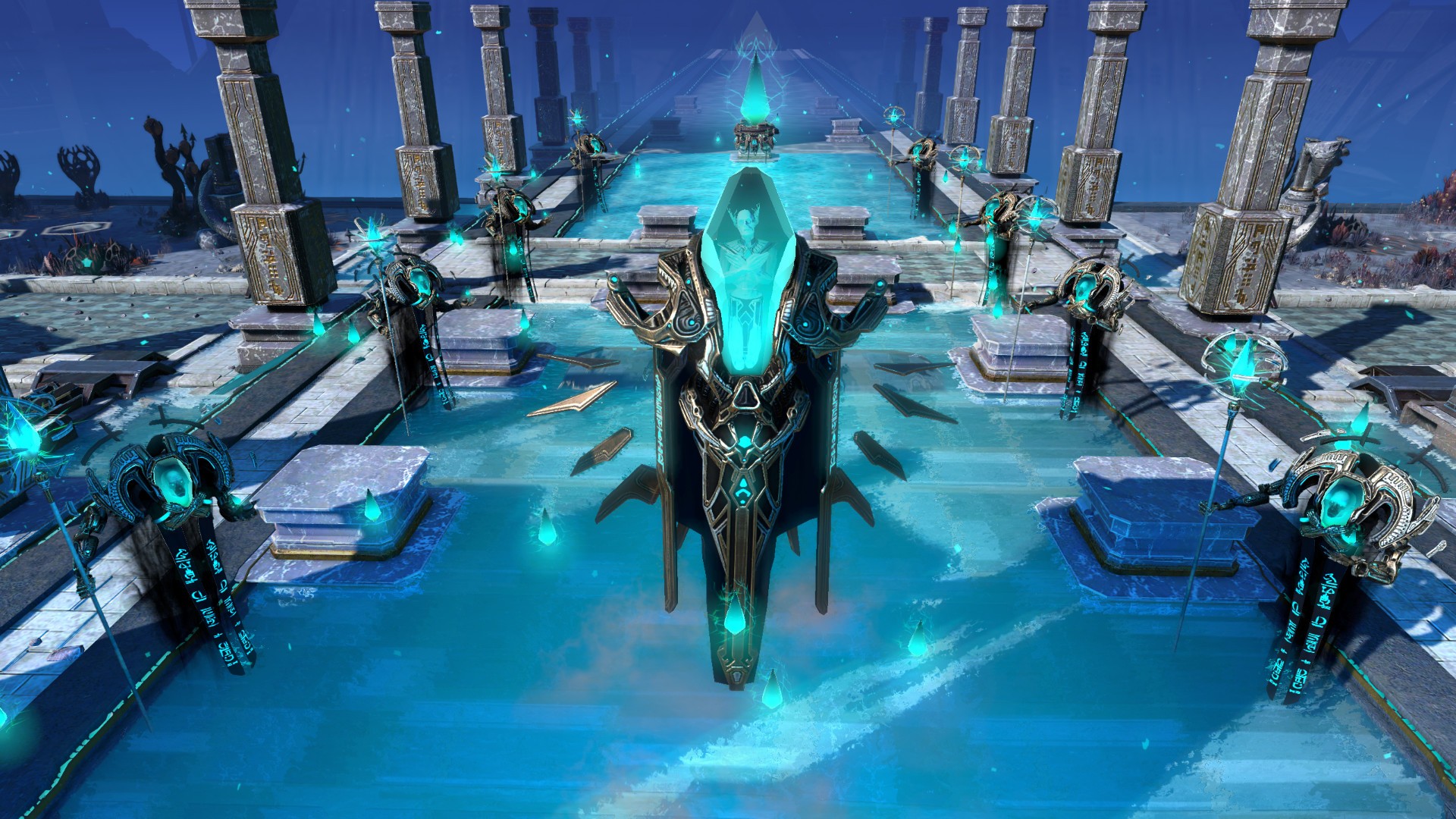 The core concept of Age of Wonders: Planetfall – Revelations, revolves around building your chosen, or as far as the campaign goes, pre-set faction’s presence on a planet. Just like in Civilization 6, or any other strategy game for that matter, you do so by gathering resources, building your civilization, researching new technologies, and ultimately conquering other factions. The biggest difference between the two, lies within combat, as Age of Wonders: Planetfall – Revelations, features turn based, X-Com’esque battles where both forces are placed on a battlefield and fight it out until only one is left standing.

Inclusion of more expansive, and hands-on gameplay mechanics allows the title to increase the player agency significantly, as instead of idly standing by, and watching pawns knocking at each other on a large hexagonal chessboard, one can play out all the battles in whichever way he/she wants. However, if you happen to get tired of the turn-based combat, or simply don’t have the time to carry it through, then there is an option to simulate each and every combat encounter, meaning that instead of spending five, ten, or even fifteen minutes on a single fight, you can decide its fate with a single press of a button. 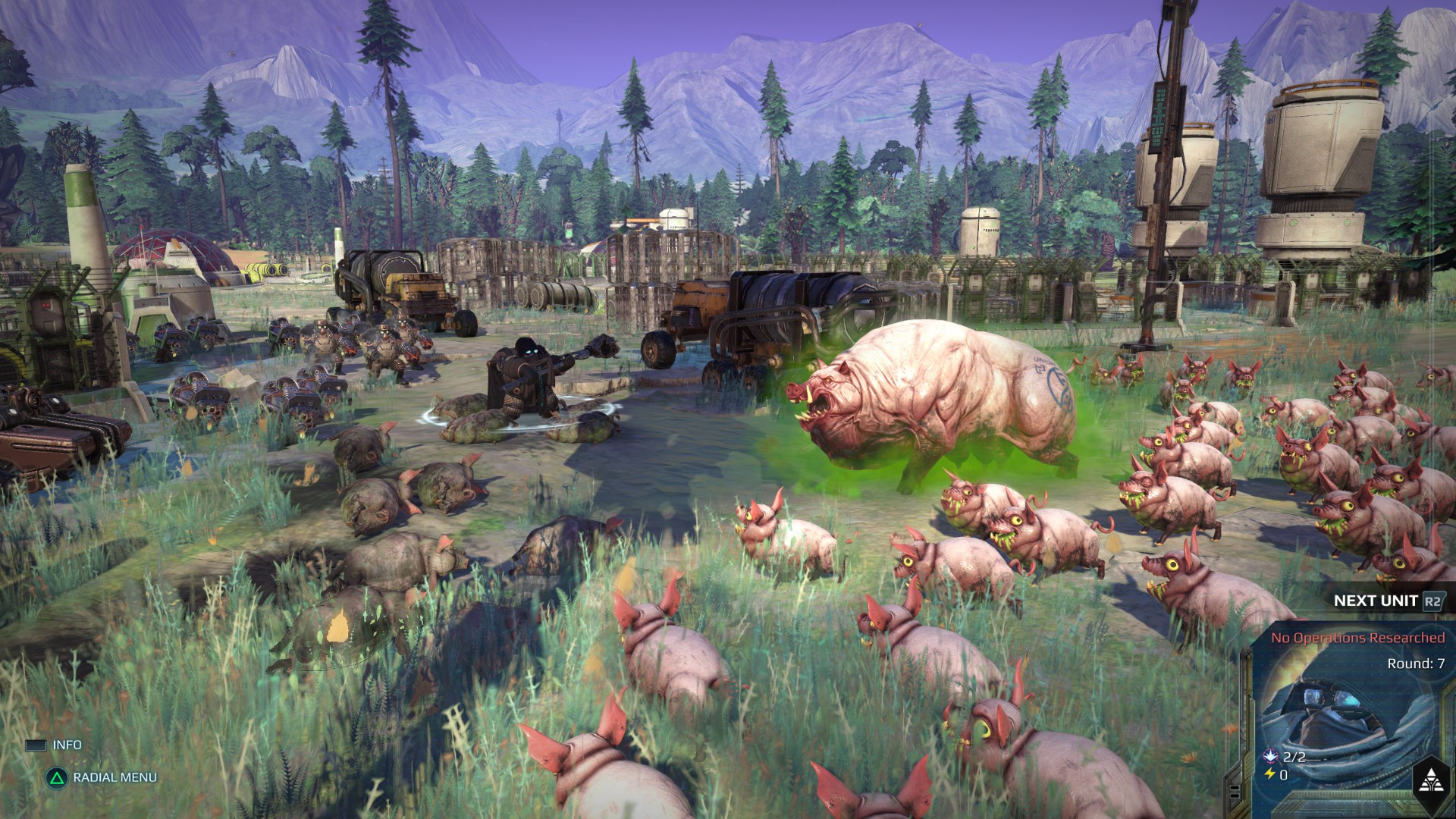 In addition to the above, Age of Wonders: Planetfall – Revelations, as well as the base game, introduces quests, which allow you to increase standing with NPC factions, and earn trade-deals in return. The said quests are not just available within the Revelations campaign, but are all in-fact accessible within both scenarios, and the sandbox mode. While you won’t come across any high-brow missions or challenges, while playing Age of Wonders: Planetfall – Revelations, as the vast majority of quests revolves around ‘Kill X’, or ‘Do Y’, then such do ultimately spice up the gameplay, which otherwise would be borderline identical to one of the other strategy games – bar the combat.

If you happen to complete a range of quests, you will become acquainted with other factions, and once this occurs, you will gain access to their technology and advancements. This is especially exciting within this particular expansion, as it has introduced a new non-playable faction in the form of The Forgotten. If you are planning on giving Age of Wonders: Planetfall – Revelations a go, then getting into an agreement with The Forgotten, should be on your priority list, as some of their units, such as the Eater of The Dead, are rather exciting.

Another new addition, which came with Age of Wonders: Planetfall – Revelations, but is not limited to the expansion, is the inclusion of Anomalies. Such are explorable sites on the map, which allows you to unearth artefacts, which precede the titular Planetfall. While exploring such, will require the use of your leader, or as Planetfall calls him/her the commander, then doing so may be rather beneficial, as doing so will reward with anything from new research options, through new units, all the way down to the experience points. While the purple anomalies may be incredibly rewarding, then they do tie down your most advanced combat unit for multiple turns, which in turn makes them not as valuable as they may initially seem.

In addition to the new campaign, and the abovementioned NPC faction, Age of Wonders: Planetfall – Revelations has also introduced the awakened Es’Teq dynasty, of which the campaign’s narrative revolves around. Within the ten hours or so, which you’ll spend with Age of Wonders: Planetfall – Revelations multiple campaign missions, you will have a chance to explore the Es’Teqs in their entirety, and what’s the most intriguing about this faction, is the Heritor technology, which uses the energy generated by hostile units to power your abilities, create new units, and manufacture Entropy weapons. 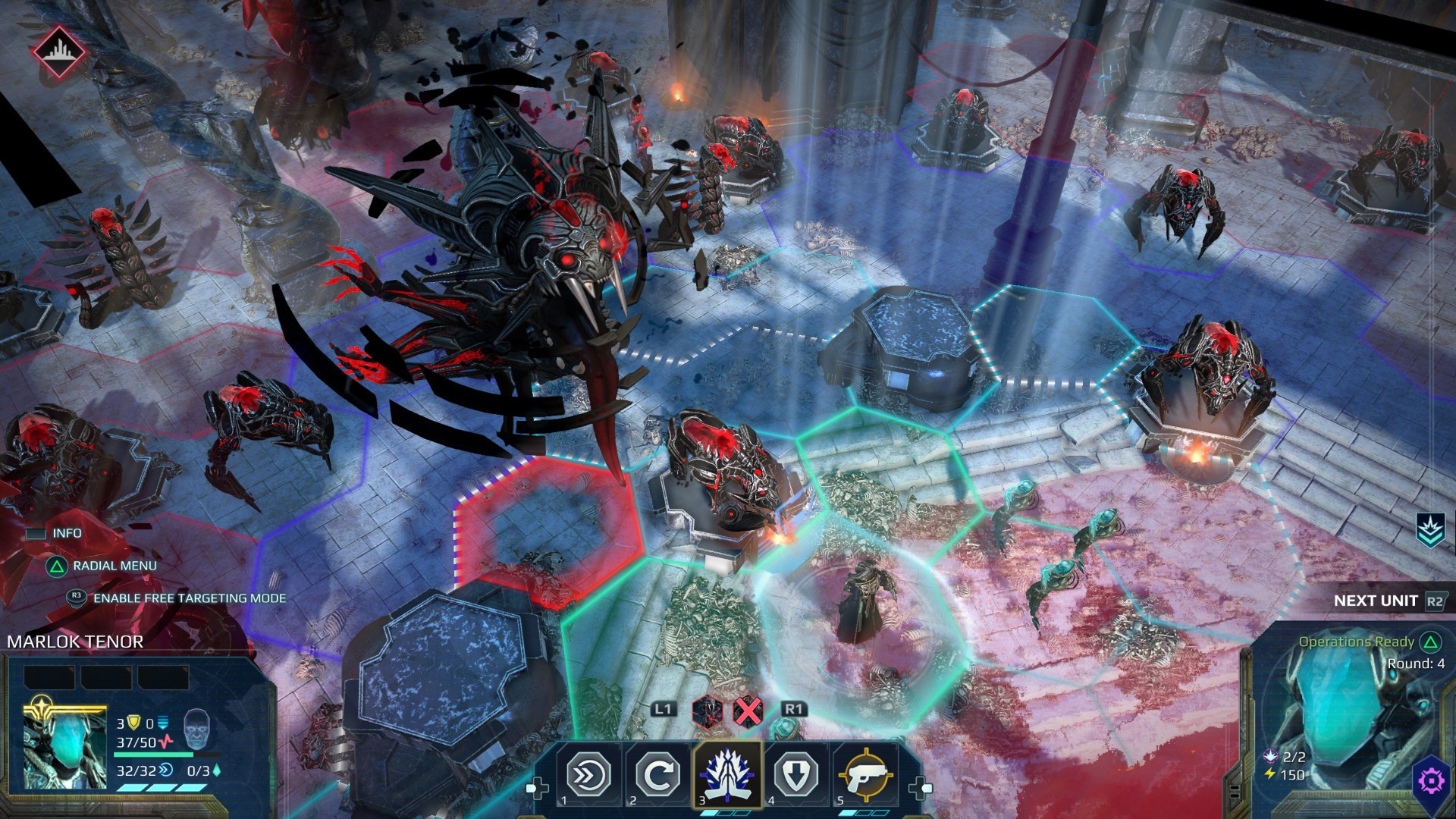 The Heritor technology may sound like a brand-new concept, but in truth it has a lot in common with Necromancy, as it revolves around the concept of harnessing the energy of the living, in order to bring the dead back to life. While the concept may be tried and true, then what envelopes it, the aesthetic and the narrative scene-dressing, give it a hint of freshness, and prevent it from feeling like a rehash of Warcraft’s undead, or you know, the Necromancers from literally any other high-fantasy RPG.

To me, the biggest selling point of Age of Wonders: Planetfall, was always the masterful blending of the two genres of high-fantasy, and sci-fi. Age of Wonders: Planetfall – Revelations continues the trend impeccably, as all that’s on offer within this particular expansion just slots into the world, and the lore impeccably well – like it has always belonged there. Furthermore, it does not just expand on the future, but also on the past, as the introduction of Es’Teq also builds on the events preceding the core title.

Ultimately, Age of Wonders: Planetfall – Revelations is a rather neat expansion, which definitely bangs enough buck for its buck. Sure, it is nowhere near as expansive as the packs for Civilization 6, which add multiple cultures, leaders, units, technologies, and more, at the same time. But what it offers is a steady amount of content, and a rather satisfying host of single player campaigns, which alone are worth the investment. While I have been comparing Age of Wonders: Planetfall – Revelations to Civilization 6 throughout this review, and I stand by saying that Civilization is the best strategy game on the current generation of consoles, then ultimately, I have to admit that Age of Wonders: Planetfall – Revelations is much more approachable, due to its much more streamlined structure, and this in the end, makes it much more desirable than most, if not all other console-based strategy games.

Age of Wonders: Planetfall – Revelations may not have the size or scope of some of the Civilization 6 expansions, but despite of featuring a single playable faction, it offers more than enough content through the addition of new gameplay elements, and most importantly the rather superb campaign scenarios.

The Expansion Just Slots Into The Base Game

The Campaign Mission Alone Are Worth The Asking Price

Only One Playable Faction, Makes it Look Rather Pale in Comparison to Other Strategy-centric Expansions