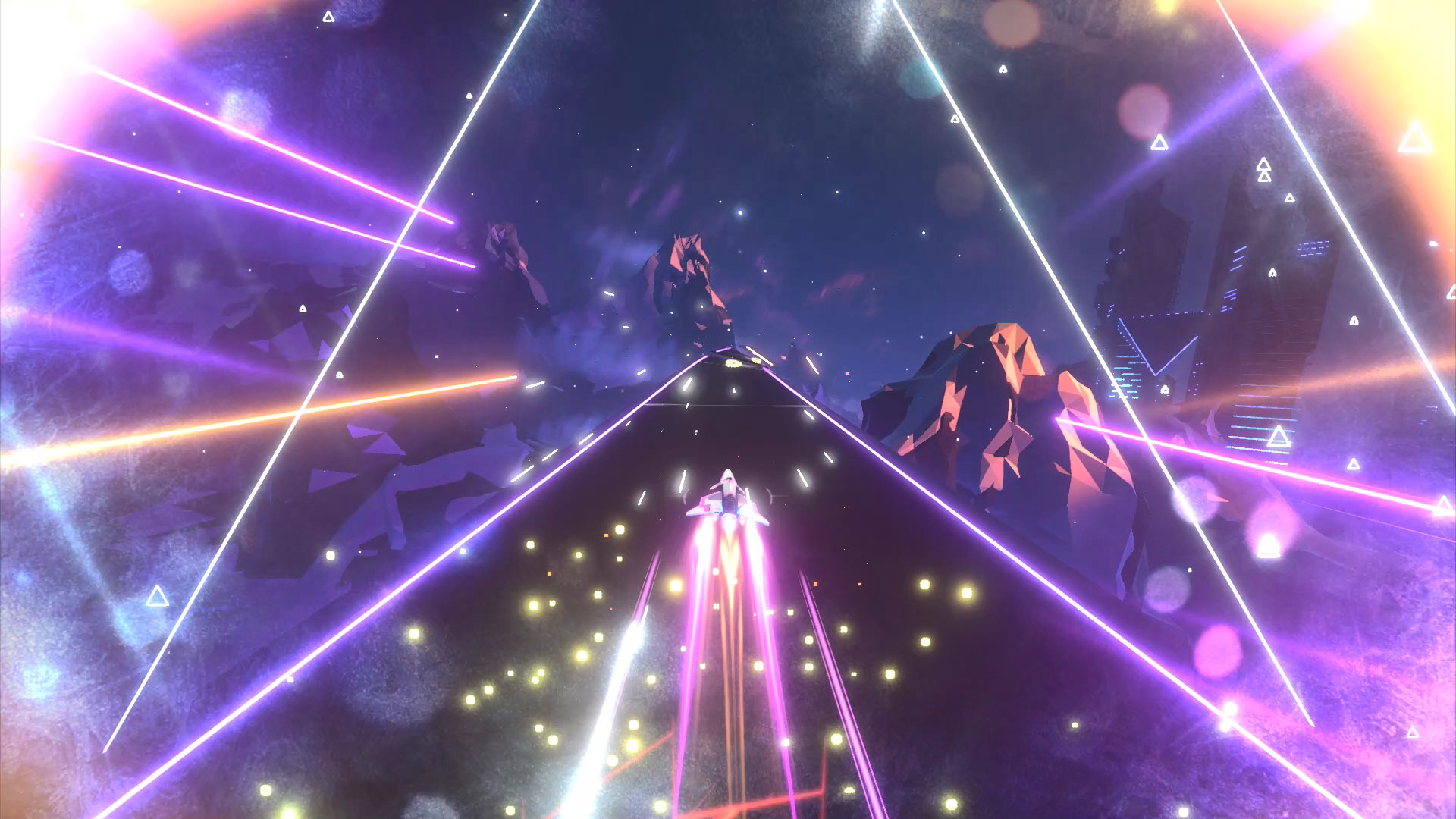 The Binding of Isaac, through the eye opening first instalment of the Trine series, all the way down to the ground breaking, mould decimating, Hotline Miami. To put it simply, I was simply taken aback by the ingenuity, and quality, which all these titles have held, and still hold to this day.

The shock and awe, with which indie games have arrived, while tremendously impressive – was rather short-lived. All the highly impressive, and captivating indies have turned into drab, monotonous, and soulless cash grabs, and have ultimately made me despise indies as a form of the interactive entertainment.

Just like their AAA counterparts, indies have gone all in, and each and every title had to be bigger and better than the one that came before it. And this approach has resulted in titles such as the rather disappointing Hotline Miami 2: Wrong Number. However, while all the major indie developers were biting at each other’s throats, other, much smaller studios, such as the Swedish, Hello There Games, were hard at work, creating titles such as the superb Invector which at least to me, has proven that indies my not be dead yet.

Invector, while having been built on the colossal intellectual property of the Swedish artist Avicii, is a rather small, but incredibly impressive rhythm game, which might just be the best title of the said genre, on the current generation of consoles. As the core substance of the title, and the spectacle which it creates, are simply unmatched, even by Rock Band 4, or Loud on Planet X. 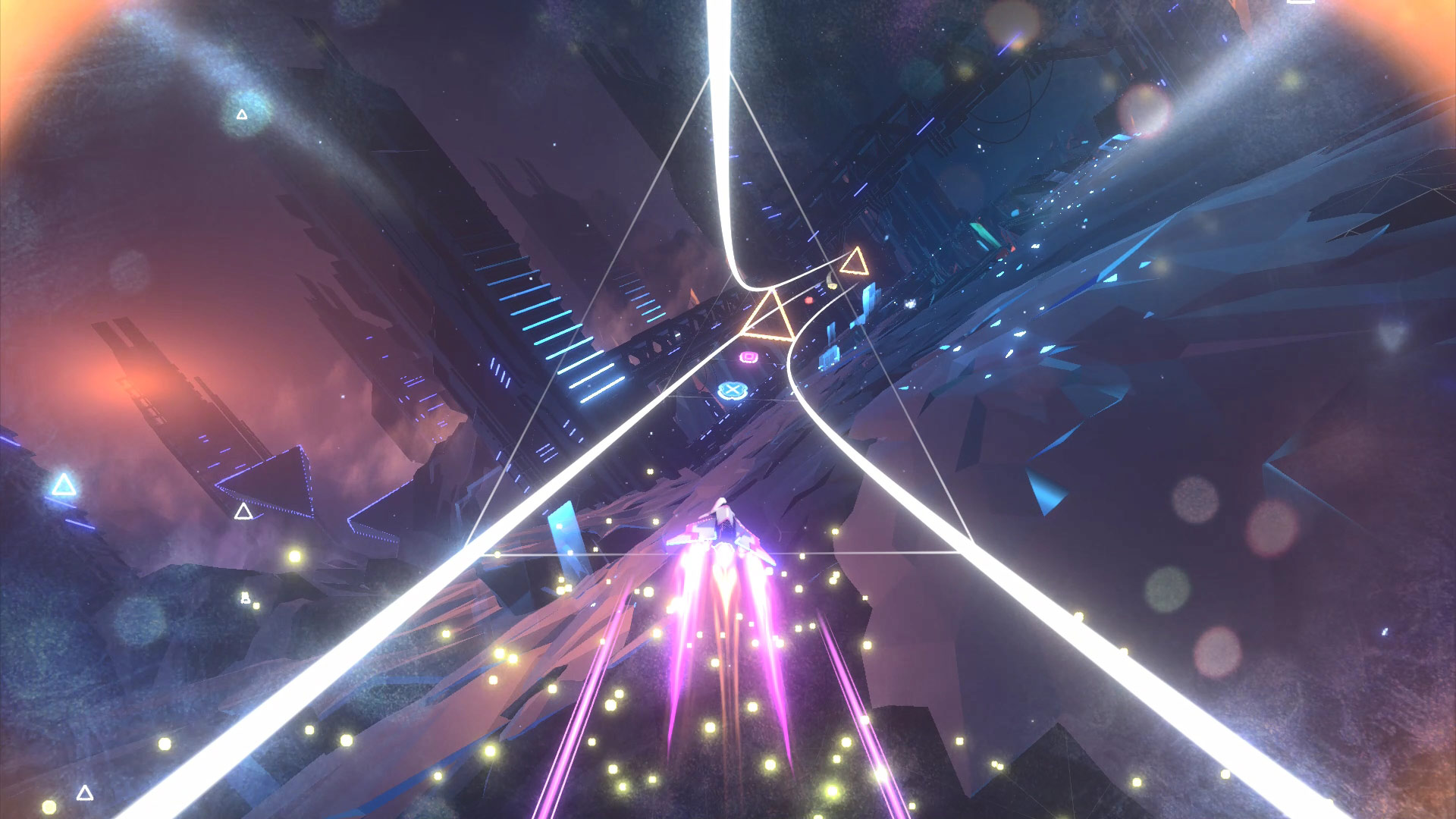 The core gameplay of the title plays out on three different planes. First is the triangular plane within which, one has to press either X, square, triangle, circle, or L1 to the rhythm, while rotating around the triangular pyramid with left and right d-pad buttons. The second plane, plays out on a flat surface, and while it follows all the same rules as the triangular plane, it alters the use of the d-pad buttons, as while playing on the flat ground, left and right are used to simply move from side-to-side. Third and final plane doesn’t have a form, as it allows one to freely control on the starship, which serves the role of the rhythm bar, with the left analogue stick. And within these particular sections, all that one has to do, is simply fly through rings, which appear on the screen.

As you can see for yourselves, at its core, Invector is rather simple. As its main gameplay mechanic boils down to pressing buttons to the rhythm, and avoiding obstacles. And while the simplicity, which can be underwhelming even on the higher difficulty levels, may be a little disappointing, it is ultimately essential, as it allows the title to create breath-taking synergy between Avicii’s music and the gameplay.

The link between an on-screen icon, and the beat of the music is simply impeccable. And it doesn’t even matter what difficulty level you are playing on, as the title in question feels natural on easy, medium, and hard. As it has been crafted with care and attention, which many rhythm based titles, even AAA, unfortunately lack. And best of all, the core gameplay of Invector isn’t just natural, it is also incredibly satisfying, as Hello There Games has made sure to make the title in question not just captivating, but also rewarding.

Every single correct press of a button results in instant gratification, as every successful hit either good, great, or perfect, results in audio visual feedback, which lets the player know that he/she has hit the note correctly, and that his/her streak remains uninterrupted. And while the flash and funfair which follows a successful execution of note press, are satisfying within themselves, they are nowhere near as rewarding, as the visual spectacle which takes place on the screen throughout Invector.

The core story of Invector follows a story of a courageous woman, who is scouring galaxy in search of a chocolate bat, with nuts. And while the core plot of the title sound ridiculous, it is not as bad as it may seem, as it allows Invector to place the player within locales which are simply breath-taking. From desolate, low poly deserts, through cyber-punk metropolis, all the way down to luscious, overgrown forests, Invector takes one on a trip full of colour and excitement which one is bound to remember for years to come. 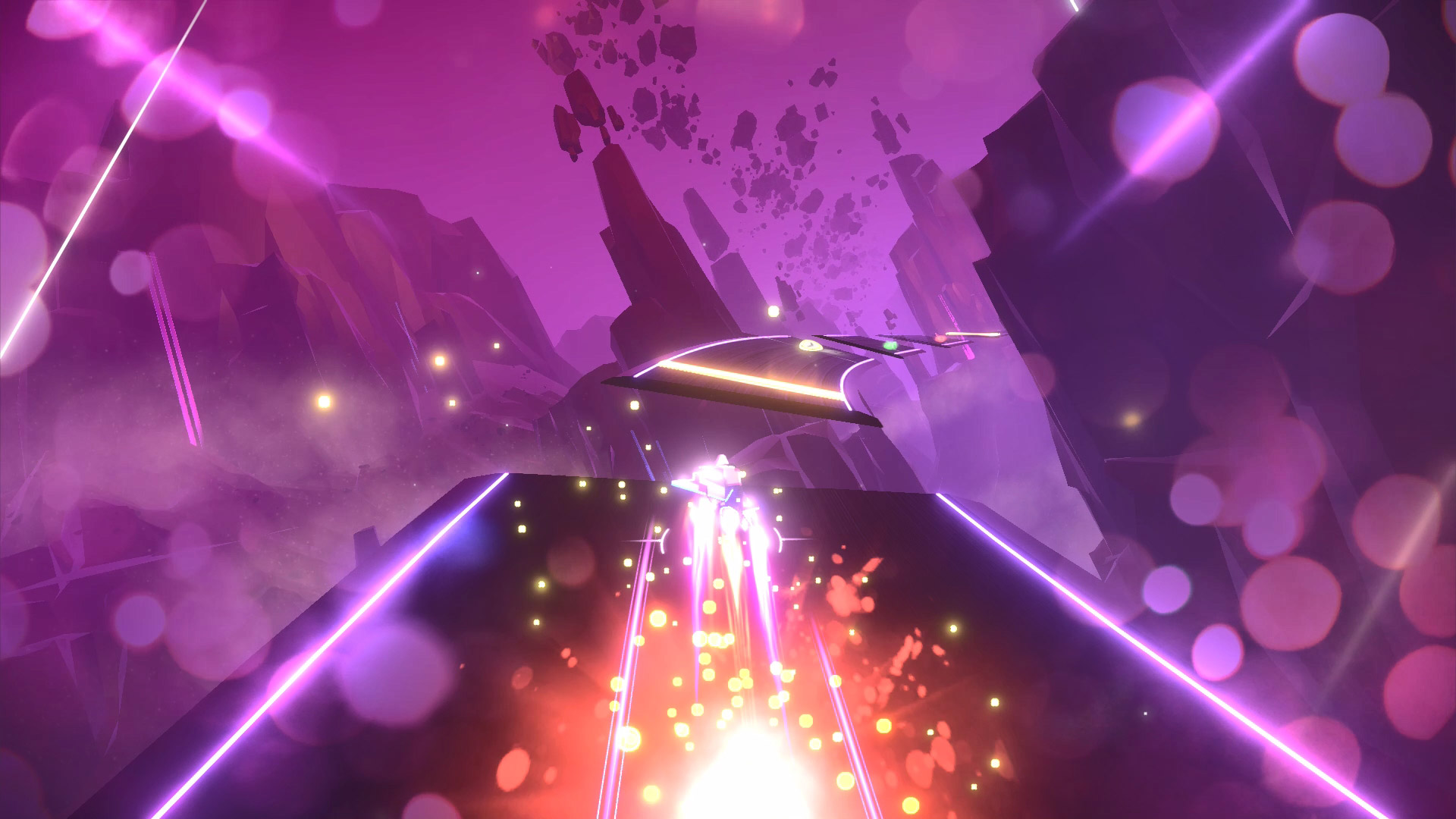 The low-poly aesthetic in combination with a multitude of colours, and a plethora of visual special effects, ultimately turns Invector into a masterpiece. As the sheer spectacle which is created from all the abovementioned visual objects, results in a work of art, which is artistically impeccable even at the neck breaking speed of the x8 multiplier. And while some could argue that it is impossible to both spectate the in-game surrounding, while trying to achieve the perfect score, they would ultimately be mistaken, as Hello There Games, have ensure that all who play Invector will have a chance to do both.

In-game, all significant environmental objects, are always placed at the centre of the screen, so while concentrating on the track, you are also concentrating on neo-noire industrial landscapes, scarps and dunes of alien planets, and last but certainly not least, vast and daunting caves, which there is plenty of within the final stages. However, if one desires to absorb the in-game locales in their entirety, he/she is welcome to do so, as the design behind Invector’s notes, allows one to play the title, without having to fully concentrate on the colour, and the symbol visible on the shape – as the shape itself is always diverse, and significant enough to be differentiated without the use of additional, visual ques.

After taking all the aforementioned factors into consideration, it is safe to assume that Invector, is a title which is borderline perfect, as far as rhythm titles go, as it has it all. Responsive and satisfying gameplay – check, breath-taking and awe inducing visuals – check, soundtrack which is both fitting and enjoyable – check, check, and, check. And while it is within reason to state that Invector is a one of the best rhythm games of the last decade, it is unfortunately outside the realm of reason to state that the title in question is perfect. And that is because, it is incredibly short, and can be completed in full in under three hours, but those who do not seek to complete every level on each and every difficulty, may be done with it, within an hour.

Ultimately, Invector is a like top tier marathon runner who is participating in a 100m dash. He is superb at everything he does, but before he can showcase his skillset in full, the race comes to an end, and so does the spectacle – and this is exactly what playing Invector feels like. However, what Invector has to offer, outweighs its short play time, in a significant manner, and ultimately, the three hour long, impeccable spectacle, is without shadow of a doubt worth its base asking price of £15.99.