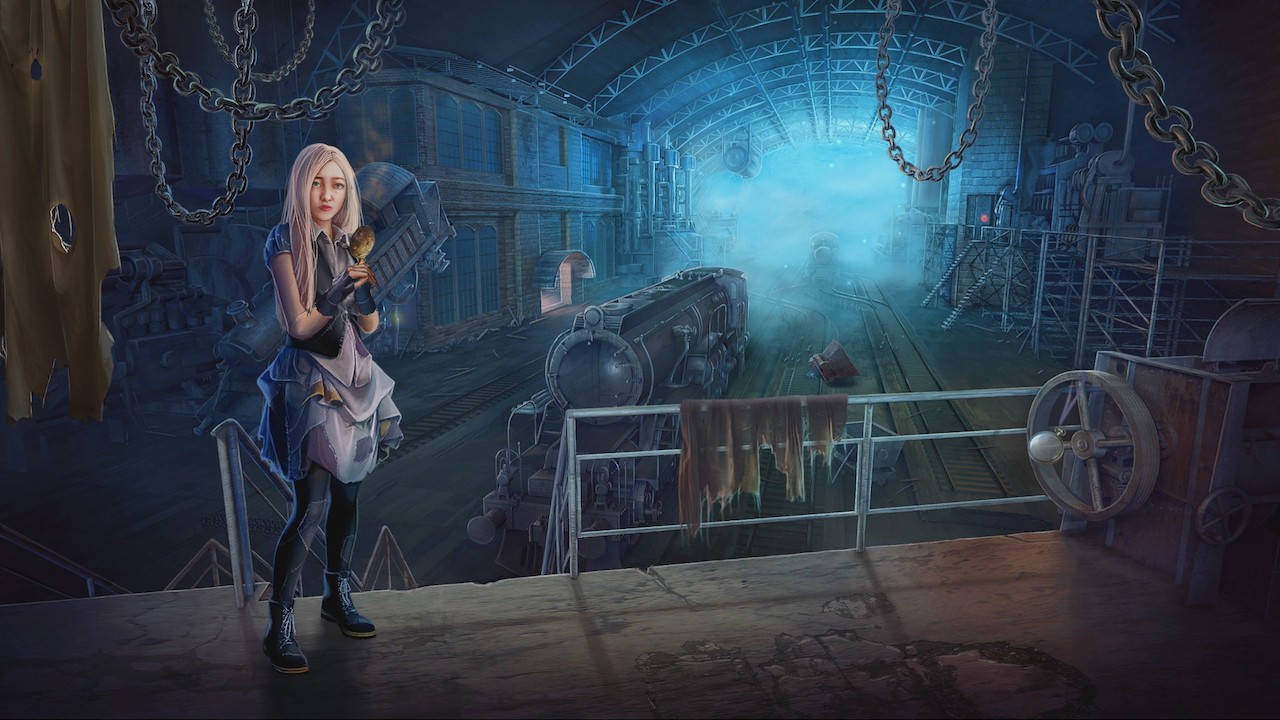 It’s been a while since i reviewed a Artifex Mundi game, this time round it’s Scarlett Mysteries: Cursed Child. The plot one of these games usually involve your character having to investigate some kind of kidnapping/disappearance. Does Scarlett Mysteries: Cursed Child venture away from this kind of plot device? No it doesn’t but maybe it will be one of the better hidden object puzzle games.

The story behind Scarlett Mysteries: Cursed Child follows Scarlett Everitt who from an early age displayed a paranormal gift in the form of ghosts and spirits that would accompany her during her travels. Her father Johnathan who was desperate to keep her from the impending evil found a nun run orphanage for her to grow up in. Many years later Scarlett returns to find her dad who has gone missing, this leads her to the Victorian mansion of a baronet named Steameyer. So Scarlett Mysteries: Cursed Child keeps up the Artifex Mundi heritage of missing person storylines, however this edition is situated within a much more in depth steampunk setting. 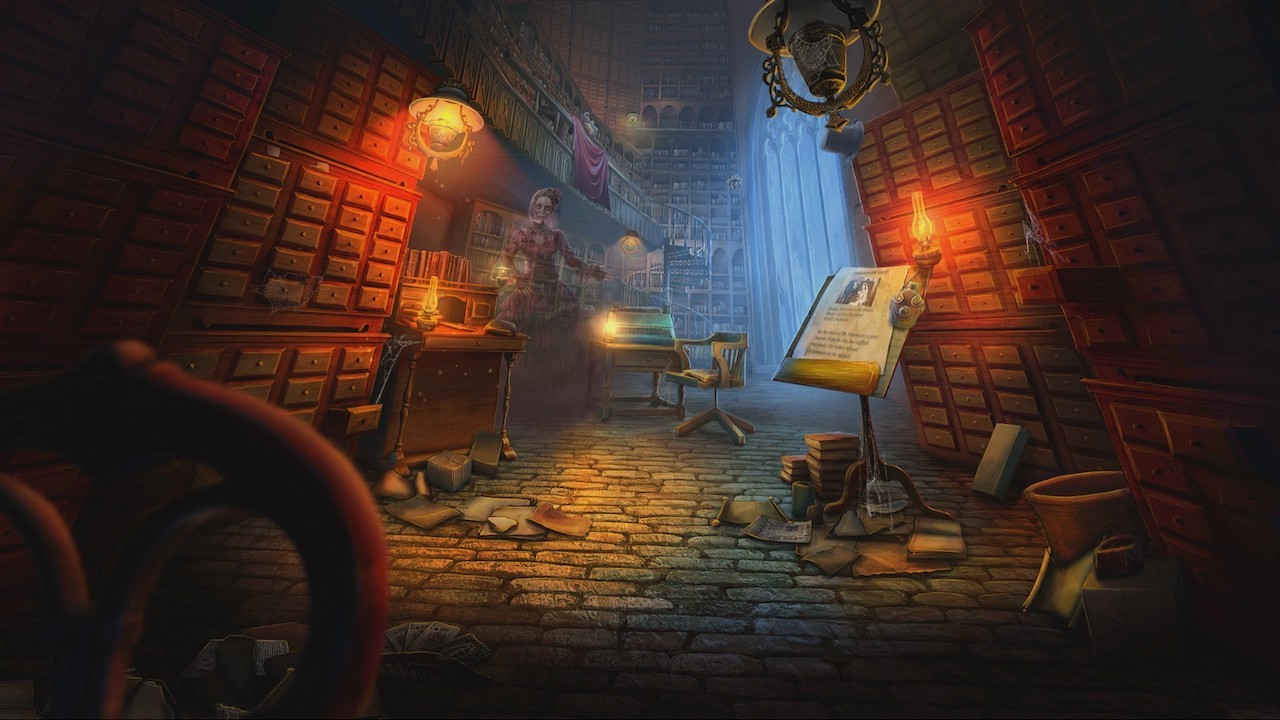 Scarlett Mysteries: Cursed Child like many Artifex Mundi titles is a hidden object puzzle game. There are several beautifully drawn detailed scenes that contained many interact-able elements. There will be areas which can be zoomed into and other that require some kind of puzzle to be completed. Scarlett Mysteries: Cursed Child is very linear, so to move the story along you will need to find the objects required to complete a task. Some of these tasks include finding plugs which allow you to complete a puzzle, sliding copper plates (this sliding puzzle is one you will have played many times in Artifex Mundi titles) and finding keys to open doors. None of these tasks are new but they are intrinsic to how Scarlett Mysteries: Cursed Child plays. There is a hint system in place that will highlight areas that you should investigate.

Your inventory is kept quite minimal, items found tend to be used within a couple of scenes of where they have been picked up from. There are a few hidden object scenes where you need to find a designated list of items, it’s pretty standard fare, then later on you will have a different list to find within the same scene. 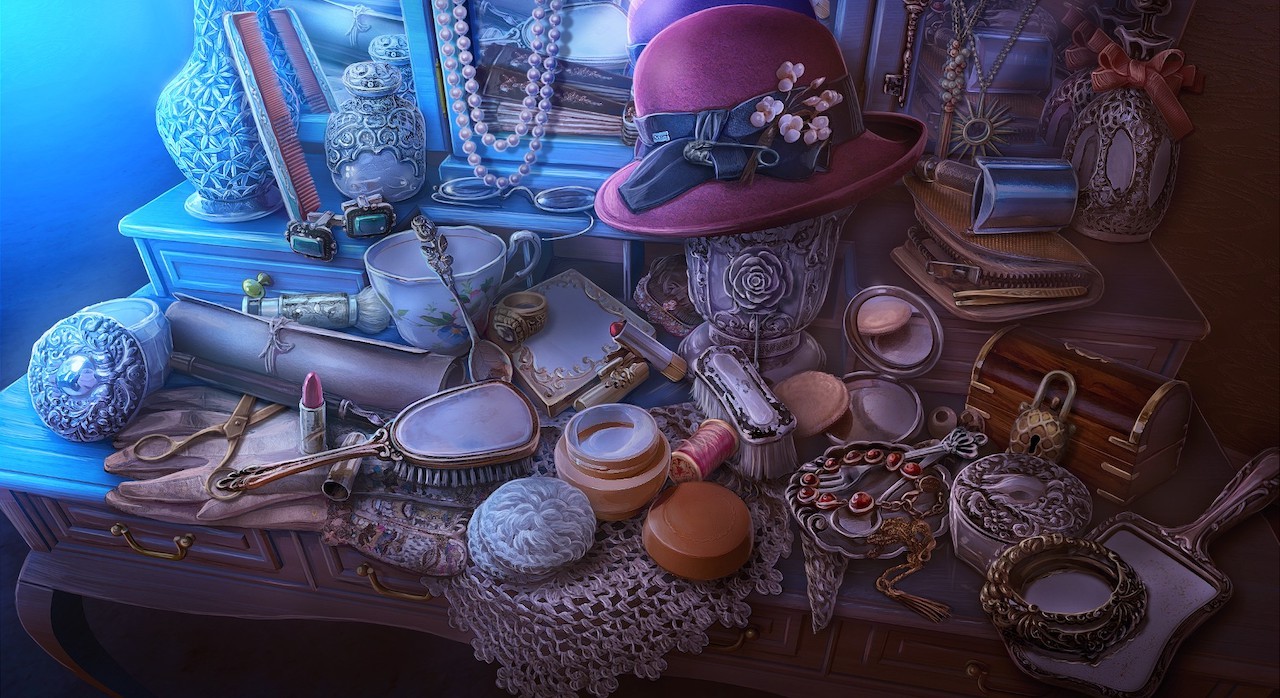 The slightly more dark feeling Scarlett Mysteries: Cursed Child has portrays gives it a little extra compared to the average hidden object game but not enough to recommend it new fans.