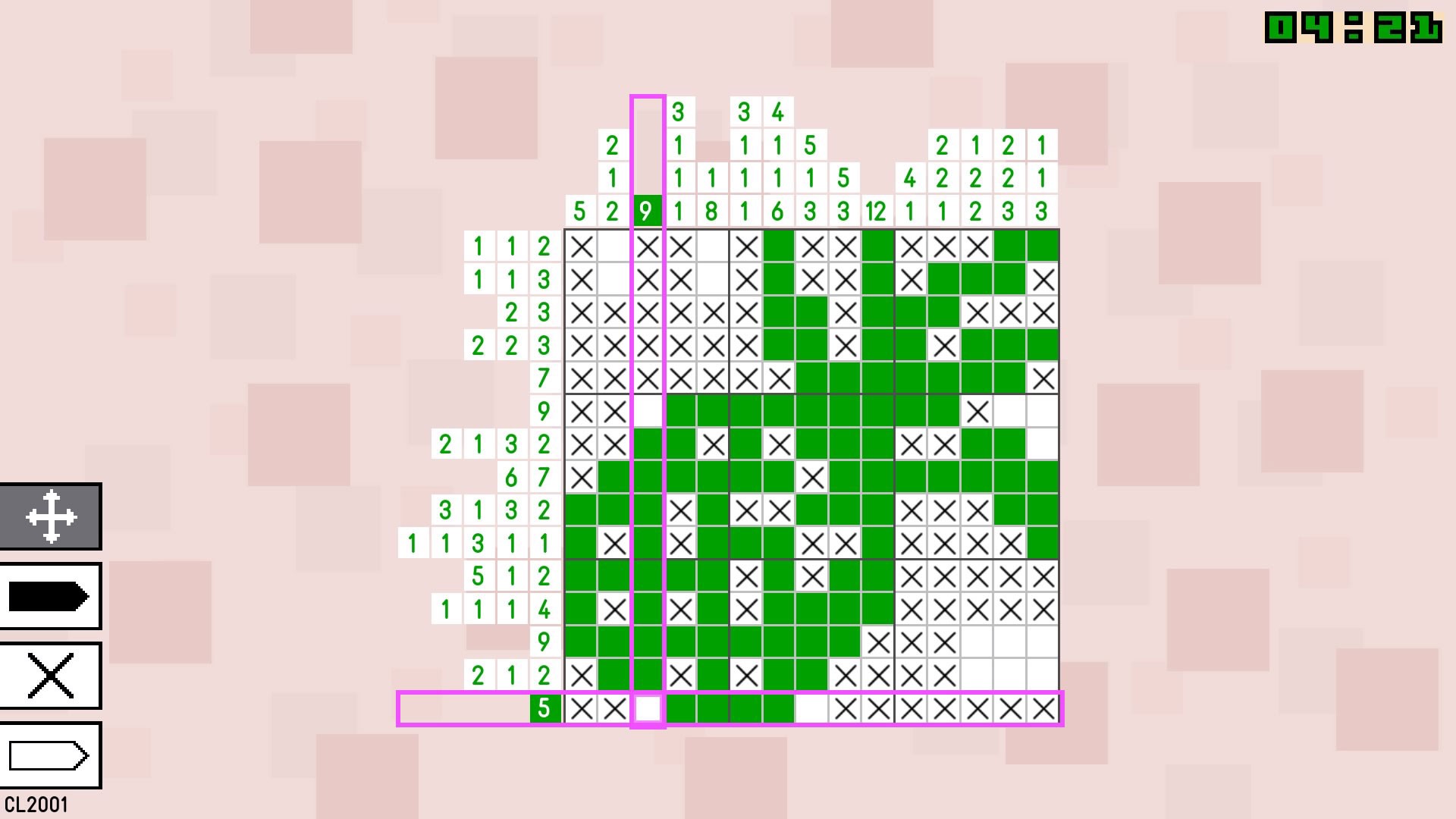 Lightwood Games have made quite a few games as part of their POWGI series that include Wordsweeper, Fifty Words, Word Wheel, Crossovers, Mix-Ups, One Word and Word Sodoku. They also have another series of games which they develop which are similar to the POWGI titles, but replicate the game Picross, Nonogram or Hanjie. The latest edition is Pic-a-Pix Classic 2.

If you didn’t play Pic-a-Pix Classic 2’s predecessor or have never tried a Picross game then you may want to know what the basis of the game is. You are presented with a scene of cells/boxes, when completed a picture will be made. The axis to the left and top are filled with numbers that represent which cells need colouring in. For example if you see 1, 2 and 9 in the top axis then you need to colour in 1 space, skip a space, colour 2 spaces, skip a space then colour 9 more spaces, this is the most basic of examples. As you progress you’ll have to start understanding how all the numbers come into play but that will come with practice and experience. That’s pretty much how you play Pic-a-Pix Classic 2, there are no other instructions or tasks to complete, just a set of 150 of these kind of puzzles, so you better be patient and have a keen eye for detail. 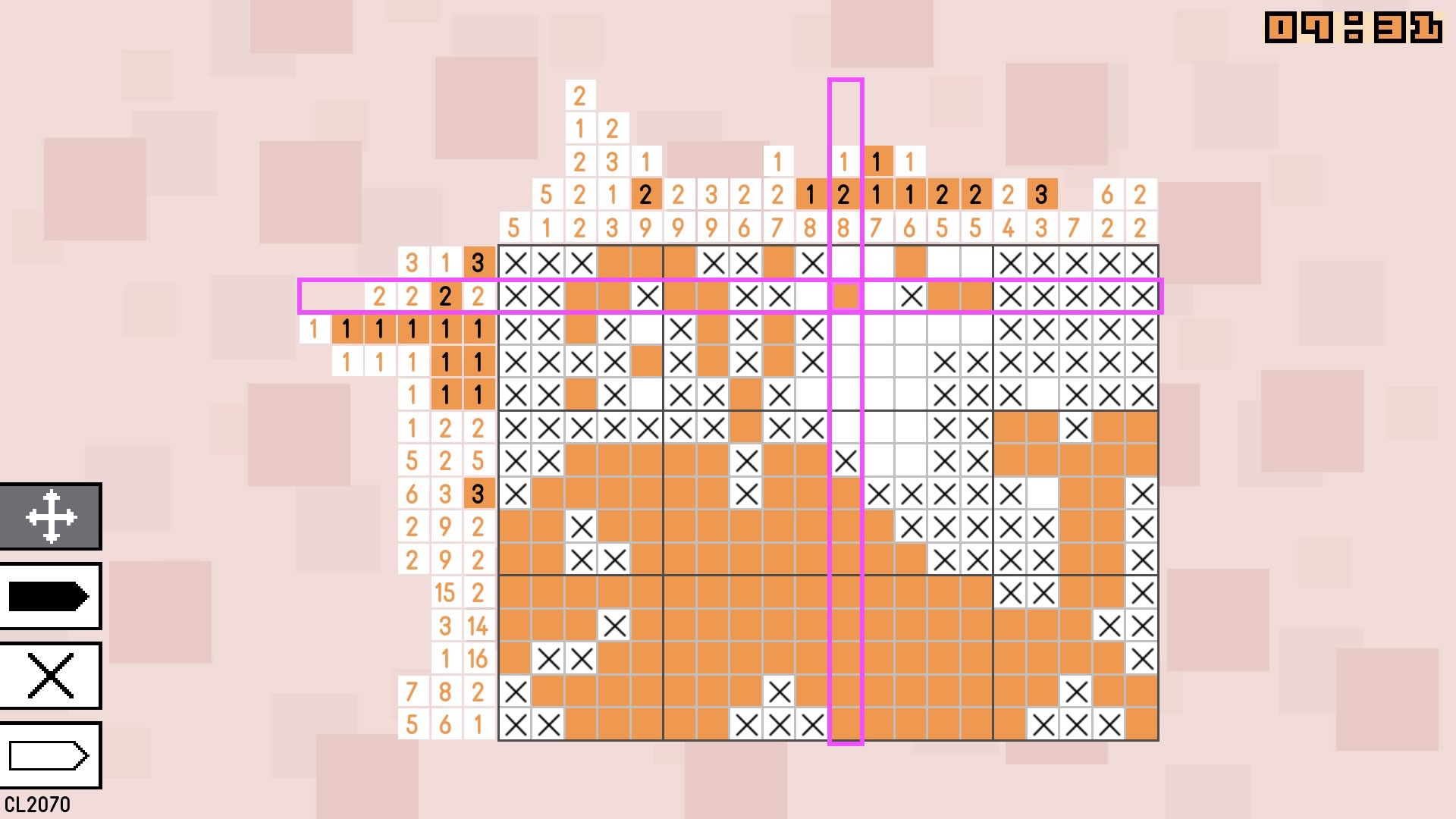 Pic-a-Pix Classic 2 almost starts off expecting that you have played the easier Pic-a-Pix Classic, because the starter puzzles are not small. They start with 15 x 15, 20 x 15, 20 x 20 and lastly 30 by 20 group of puzzles. If you’re new to this kind of puzzle then this can come across as fairly intimidating to say the least. For the experienced Picross player, you’ll dive into the 15 x 15 with confidence. When you complete a puzzle without using any hints then you receive a medal, these medals then represent which puzzles you managed to solve without any help. You are able to check for errors, although you could abuse this system if you want to. There is the option to add a circle to a square as a marker to show you how it might look like, helping you towards the finished picture. 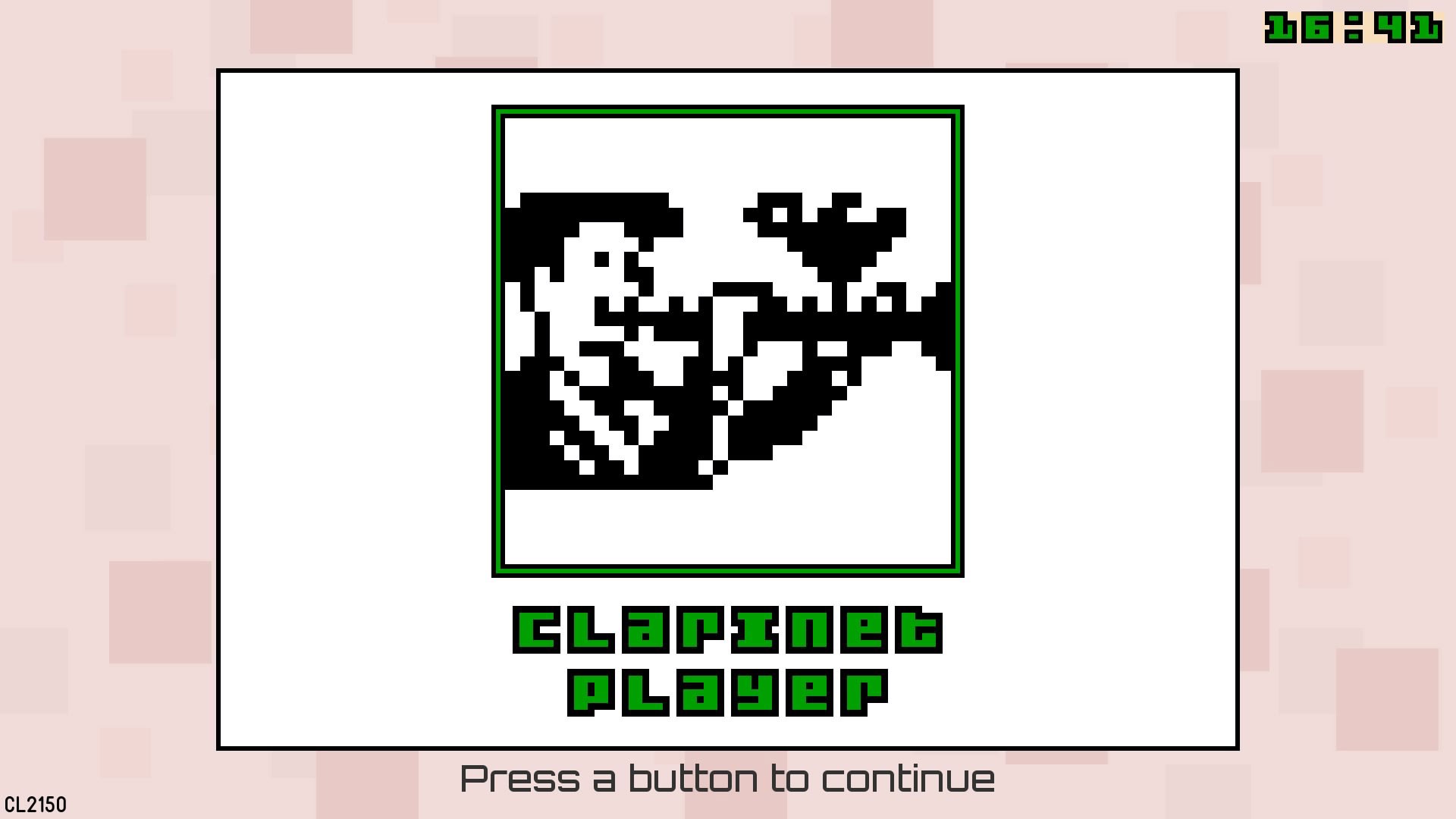 Graphically Pic-a-Pix Classic 2 is a very basic game, there isn’t much colour and that is the point. Just like the POWGI series, graphics are not something you will worry about, Pic-a-Pix Classic 2 is a puzzle game and just wants you to treat it as such. The usual chiptune music is in place, it pops along at a nice pace and never grates, but after an hour or two you may want to turn it down. As mentioned previously there 150 levels, once completed it’ll be unlikely you’ll go back to replay Pic-a-Pix Classic 2 unless the medals mean something to you. Pic-a-Pix Classic 2 is strangely addictive, it is almost like an adult colouring-in game, as you get closer unveiling the image, then the more tense it gets and the more rewarding that feeling as you fill in the last box.

If you like puzzle games with a bit of a twist, a puzzle game that gets more challenging as you progress then you’ll get a few hours out of Pic-a-Pix Classic 2.