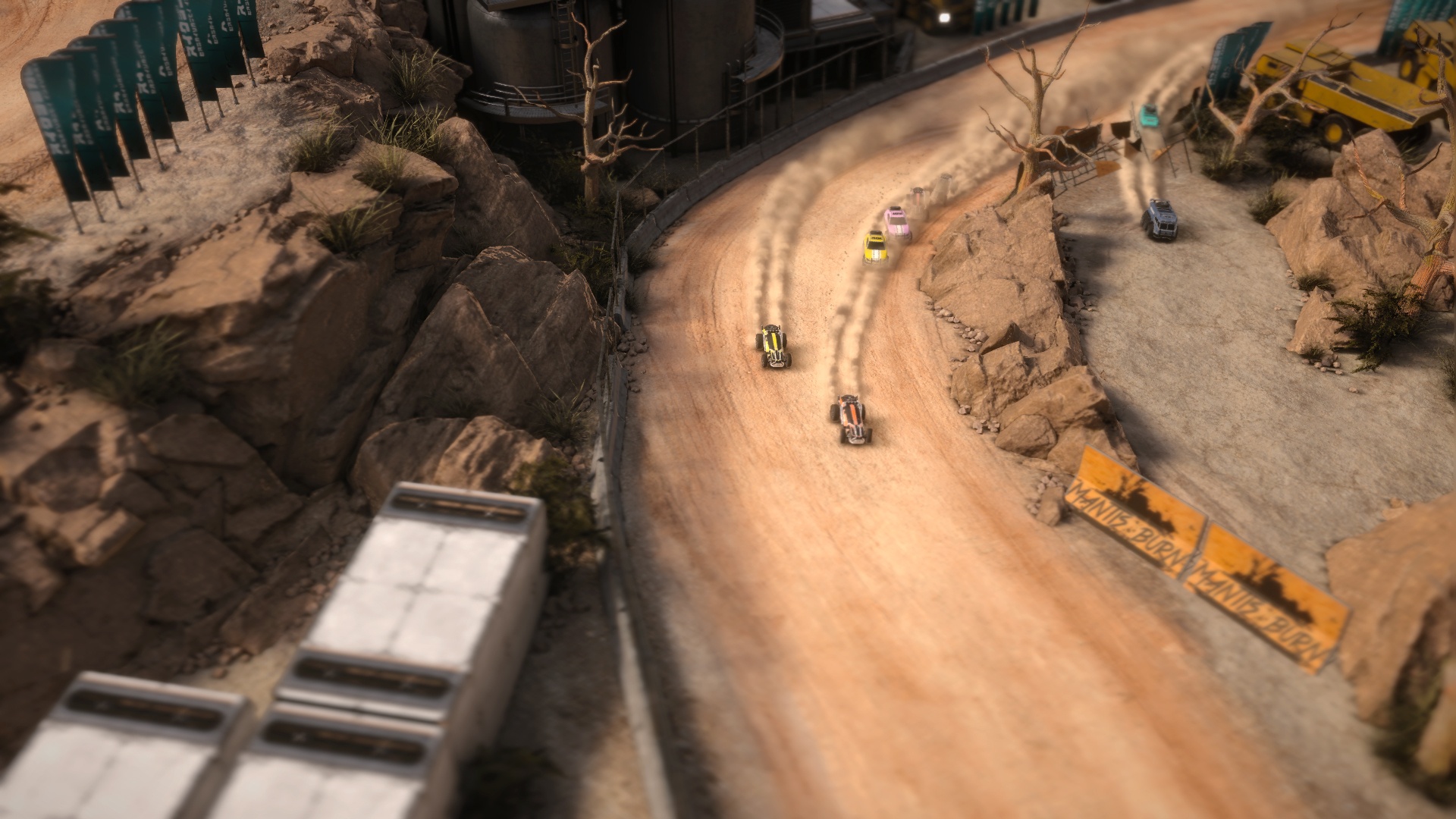 When I cast my mind back to the golden days of the Super Nintendo, or even later to the PlayStation, some of my fondest memories are of sitting with my pals, huddled around a 14 inch CRT television playing Micro Machines games. Coming into this review, I thought Mantis Burn Racing would rekindle those memories and deliver a similar experience, and to some extent it does. But (and it’s a big but) it does something terrible, something I never thought would be possible…

Mantis Burn Racing takes the core, isometric racing gameplay that games like Micro Machines pioneered and enhances it with modern visuals, loads of modes and a varied single player career. The mistake it makes is that it presents itself in such an incredibly boring way. The menus are dull, the cars are dull, the in-game graphics (despite really lovely dust) are dull and God almighty, the way it explains how the game modes work is mega dull. Were it not for the core mechanic being so fine, I would probably have fallen asleep within about fifteen minutes of turning the game on. Let me remind you, this is a game called “Mantis Burn Racing” so it was reasonable for me to expect fire, explosions and giant predatory insects – not the shy, reclusive and yet highly professional racing game we see here. 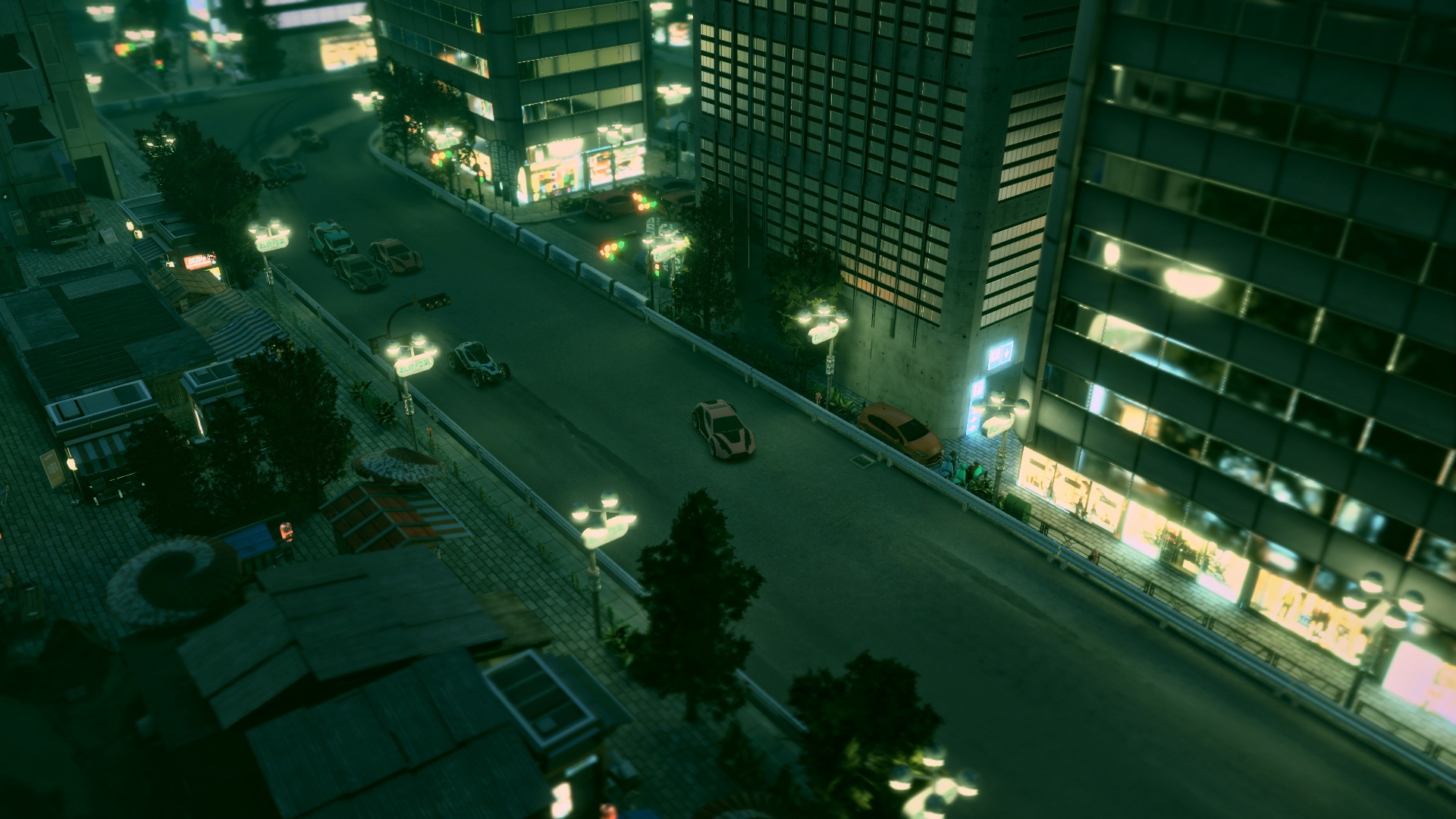 Firstly, let’s talk about modes. Mantis Burn Racing has perhaps the most diverse range of racing modes I’ve seen in a racing game for a long time. There are single races, mini tournaments, knockouts, accumulator races (where points are awarded based on race position, until someone reaches the target amount) and time trials, as well as four player local multiplayer that supports dynamic split screen racing. For the solo player, the career mode lasts seven in-game seasons, and presents a demanding route to being crowned the Mantis Burn Racing Champion. All this can be played through in a range of vehicles that span three classes, each of which can be upgraded in what the game describes as an “RPG style” system.

The game itself is super tough at a technical level, but like any game that is based on good fundamental mechanics, it can be mastered. Racing in any of the modes requires a blend of skill, familiarity with the car and track, and a little bit of luck. Almost every track has a short cut, and remembering to use them to your advantage is essential, as is mastery of the racing line. There are no weapons, and each car has only a short nitrous boost to help make up any lost ground, so if you do fall behind, you’ll only catch up through skill and experience. Thankfully, the solo career mode isn’t too oppressive when it comes to dishing out gears – the currency used for progression – so even an average player will make progress at least to a point. 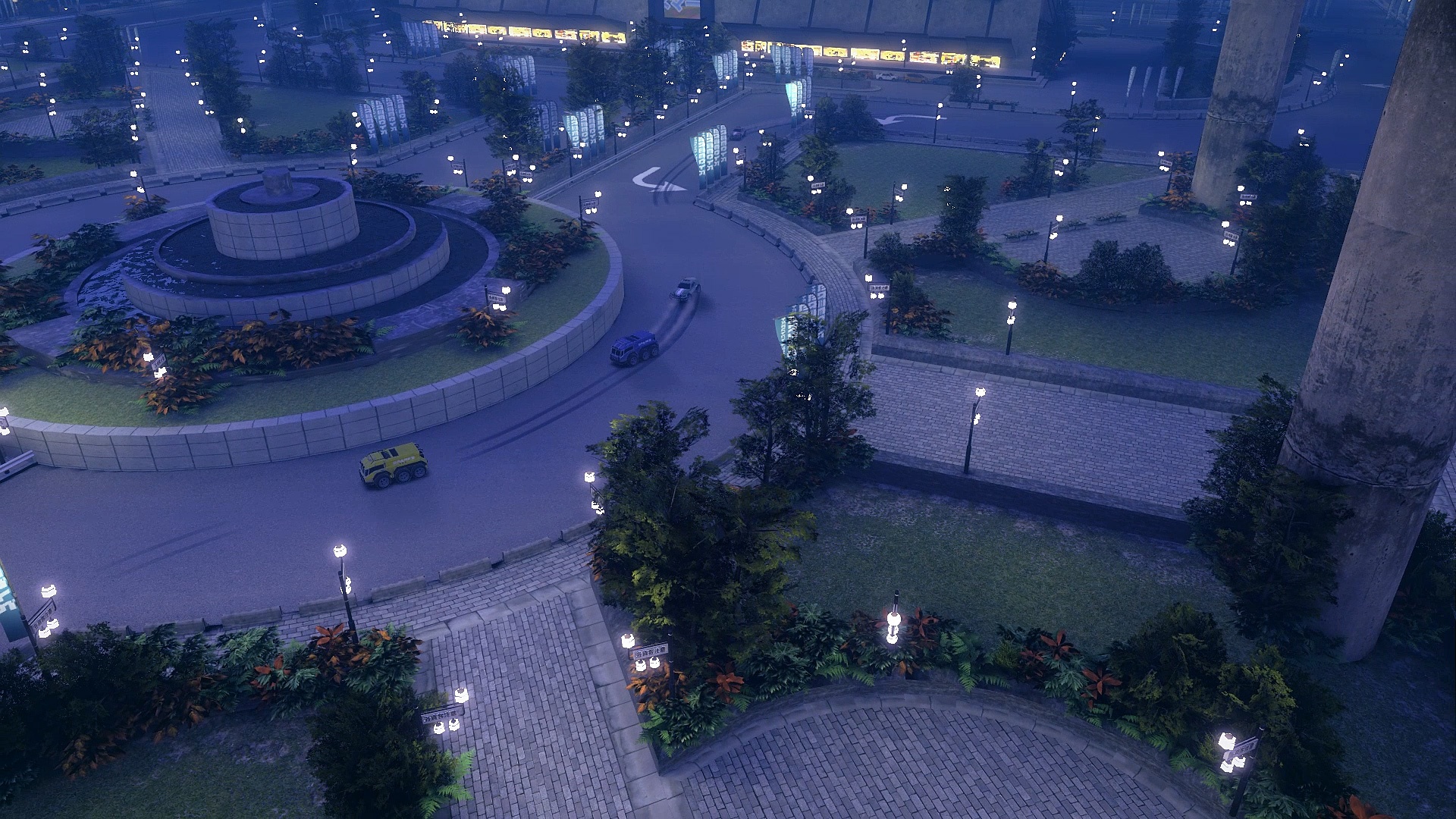 Multiplayer is where Mantis Burn Racing really shines though, with the local multiplayer mode being my personal favourite. Gathering four players around a 55 inch LED panel is much easier than it used to be with the tiny tube televisions I recall as a youth, and the split screen mode works well. The amount of road that each player is able to see is a little less than I would like, but it’s a problem shared at least. Online multiplayer is more chaotic, but less fun, featuring up to eight players who will likely be strangers. It’s still a very generous feature, and it works well.

In concluding my thoughts about Mantis Burn Racing, I have to commend it for being such a good representation of top down racing games. It looks fantastically detailed, and it has loads of modes and features for both solo and multiple players. I joked at the start of this review that it was intensely serious about what it delivers, because it is and that doesn’t fit with the title at all, but it does fit with the quality and professionalism of the finished product.