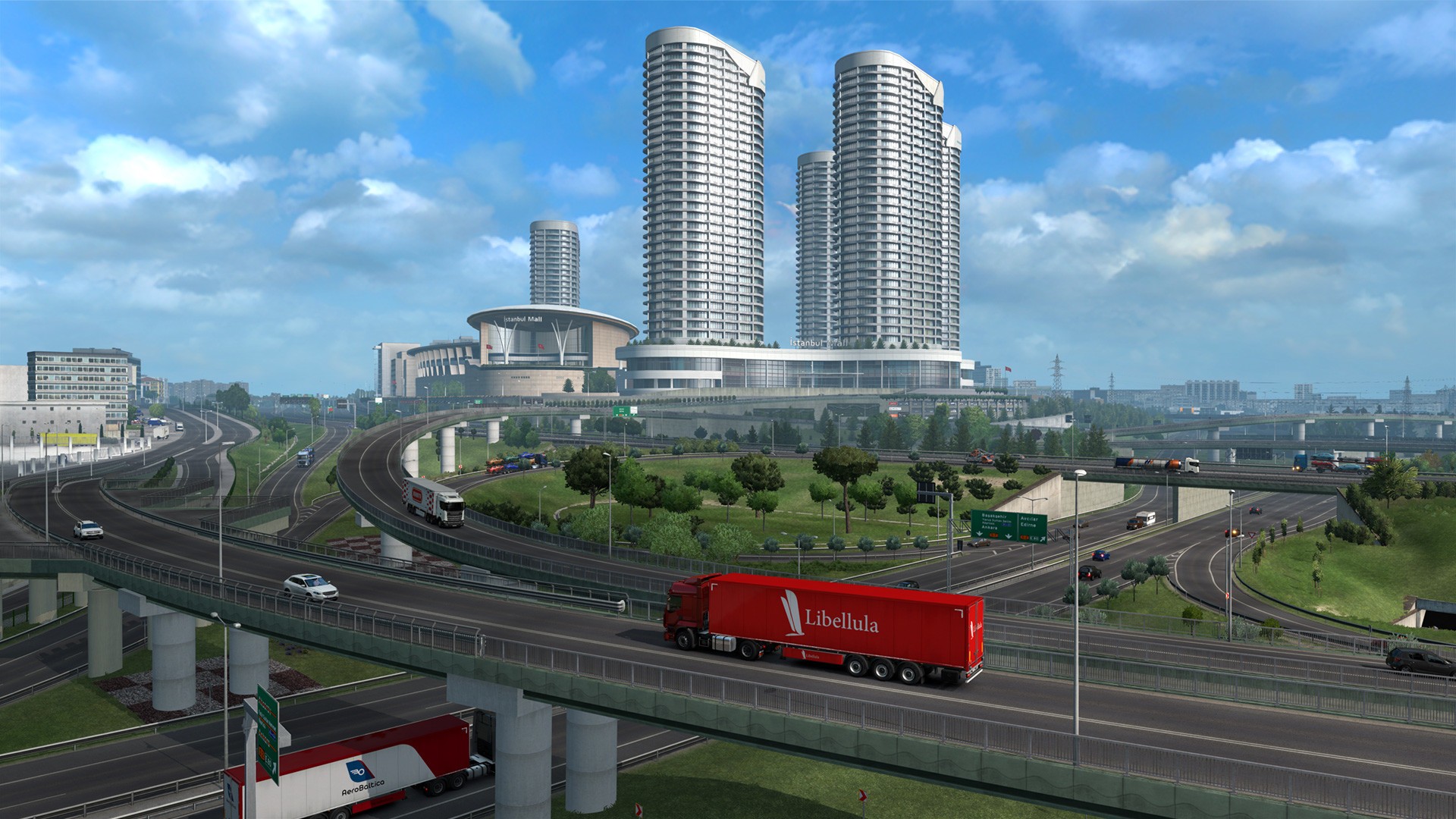 My journey on this, the 6th map expansion for SCS Software’s incredibly popular Euro Truck Simulator 2, begins in sunny Birmingham. Why central England and not one of the eagerly anticipated new countries of Road to the Black Sea, Romania, Bulgaria, and Turkey? Well, it has been several months since I last sat behind the wheel of my truck and with ETS2, now in its 7th year, so I thought I should delve more deeply into the map than simply explore the new contents. (And then there was also the fact that the new update meant my truck had been returned all the way to its home garage, but that doesn’t make for as strong a narrative).

Immediately accepting a job that would take me to France, I hit the road in my Volvo FH16 Classic and travelled south. A long journey awaited me from the north-west of Europe down to the south-east and the promise of 20 new cities connected by 10,000km of road, 22 new companies to drive for and 11 new industries to pick up from and deliver to.

There might be the usual criticism that there is nothing offered in the way of new vehicles or licensed trucks to drive. However, we should all know the drill by now. This is a map expansion and in true SCS fashion, it adds even more depth and realism to the game. For unique cargo and special items, there are other DLC packs. While this abundance of paid content may be off-putting to some, it is a model that has worked well so far and there is little reason to change it. 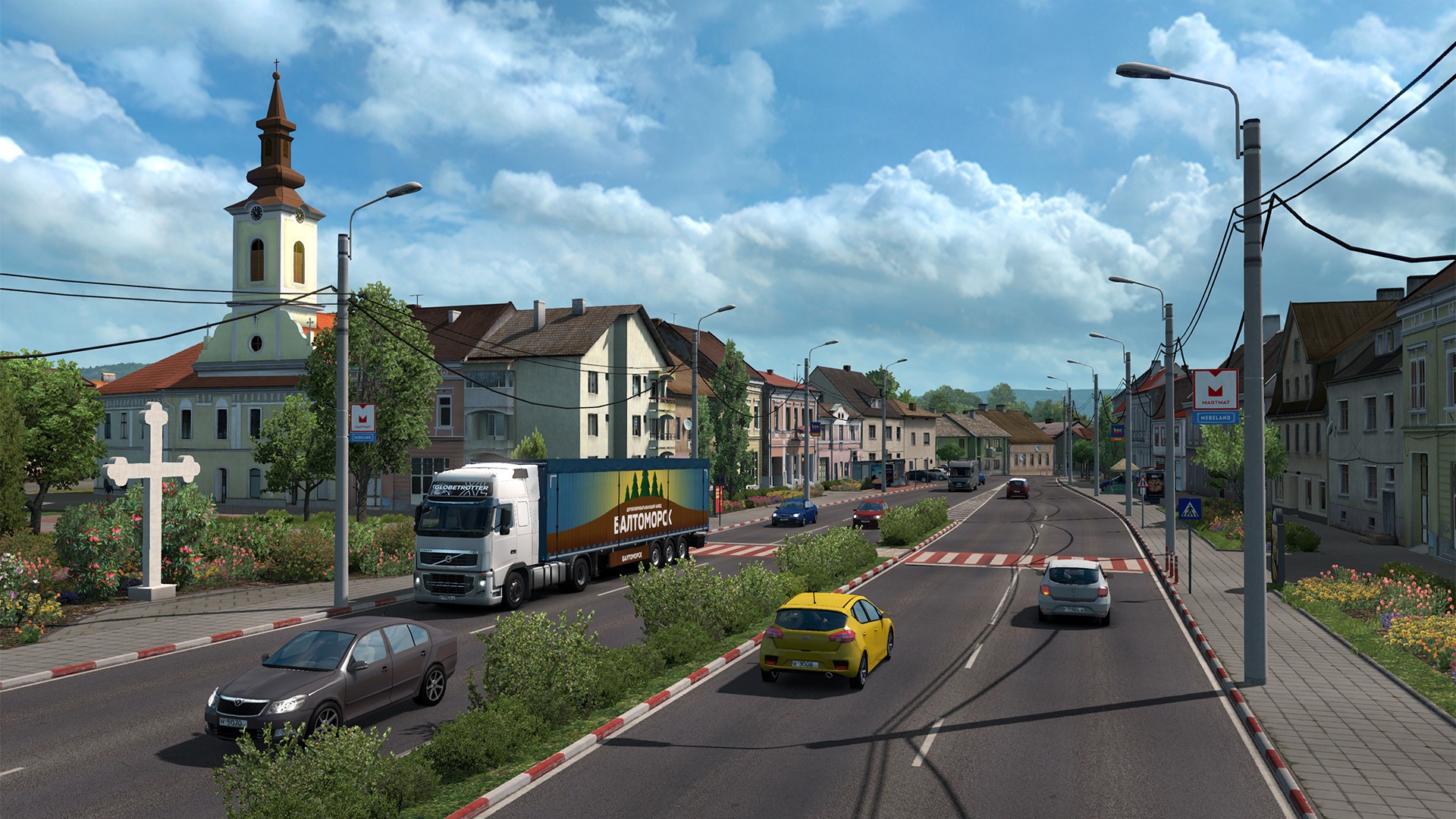 So, back to my drive. This was the first time I had driven through the original areas of the game (England, Holland, Belgium and Germany) for ages. The road networks are still, of course, impressive and efficient with subtle differences marking the different countries as I headed further east. I was soon in the realm of the Going East map pack, the first expansion from some 6 years ago. Driving through Hungary, there was a sense of excitement as I approached the new map area, wondering what I would find as I cruised across the border.

Except I would not cruise across. One of the new features (that I did not know about until my arrival) is a more comprehensive set of border controls. Instead of a roadside sign as you might see in Western Europe or a brief stop at a barrier, there was something close to a full immigration check. After taking a slip road ahead of the border, you pay a toll and then pass through two further checkpoints, presenting your documents each time. It may only seem a minor detail, but it really adds to the sense that you are entering a new zone.

In previous map expansions, SCS have impressed with their attention to detail as well as their ability to give each region its own unique look and feel. Just a few kilometres into Romania and it is obvious that they have done it yet again. The motorways that dominate Western Europe give way to more frequent single lane roads lined with wide open farms and rural villages. The houses and churches all add to the realism, beautifully lit by the evening sunset; an effect SCS has mastered over the years.

The great river Danube also forms a central feature with a ferry crossing at Dunaj. Unlike the boats from the UK to mainland Europe, you do not simply get teleported to your destination down river. Instead, you drive onto the wide barge and then get treated to a cut scene of your truck floating on its way – a very nice touch especially the first time you experience it. 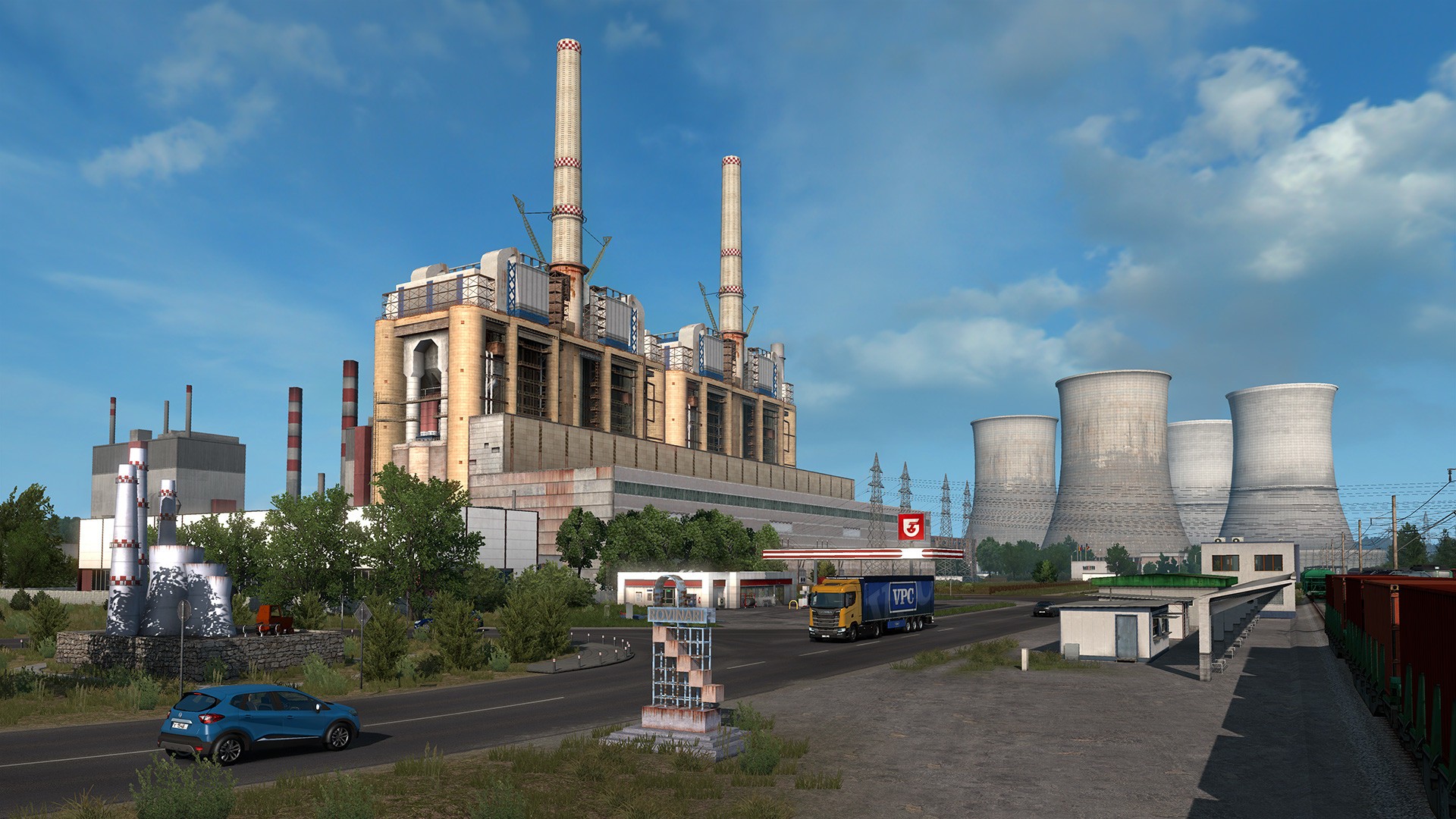 We are soon onto Bulgaria, where I see one of my favourite sights in this new map so far – horse drawn carts trundling along the road! (These are in Romania as well, but I must have missed them there!) In Varna, we also get to see one of the most striking landmarks I have seen in my European journey so far – the Wall of Heroes. I had to stop driving to take a virtual tourist screenshot and look up this impressive mural.

Turkey is the third and final country added to the map, though to the potential dismay of the numerous Turkish fans of the game, it is only the European landmass, a measly 5% of the total area of this vast country. Three cities are included with the border crossing at Edirne, the coastal town of Tekirdag, and the largest city to appear in the game to date, Istanbul.

The drive through Turkey shows modern tower blocks as well as countryside villages and mosques. We only ever get to the outskirts of Istanbul with the city skyline looming in the distance. Alas, there is no opportunity to cruise through the heart of Istanbul and cross the Bosphorus through one of its three bridges – a future map DLC perhaps?

Overall, this is what we have come to expect from ETS2. The map pack shows painstaking attention to detail and adds yet more realism to an already advanced simulator. If there are any criticisms to be made, we could argue that there are no new trucks or parts to play with (though those are usually released in separate DLCs). We might also bemoan the countries that remained blacked out on the map, but we should be patient that they will come. The Iberia map expansion has already been announced and it is surely only a matter of time before Greece, the remainder of the Balkans, and Ireland are added.

We may also point out that Road to the Black Sea is simply more of the same. There is no escaping that it is. There is also no escaping, however, that that is no bad thing.

SCS have done it yet again, adding to a successful formula by focusing on their strengths of attention to detail to create stunning scenery and an immersive driving experience.