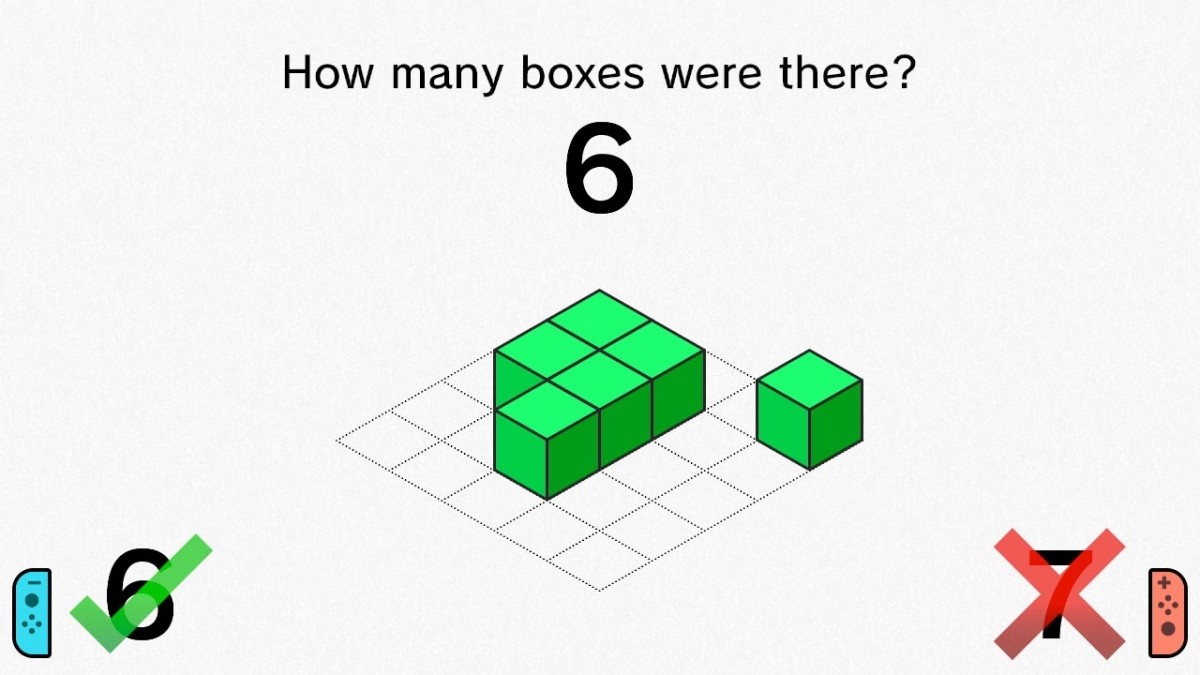 The good doctor will see you now. Not your General Practitioner or that weirdo who hangs out in blue telephone boxes, but Dr Kawashima; made famous in the west for his Nintendo DS titles, said to improve brain function. Well, it was inevitable, and here we have the latest iteration: Dr Kawashima’s Brain Training for Nintendo Switch. Naturally, on the Nintendo Switch.

Dr Kawashima is a household name in Japan as one of their top neuroscientists. In the early noughties, he endorsed a series of brain challenge games on the Nintendo DS that ended up being some of the most financially successful titles, selling well over 19 million copies.

With that success comes copycats and there’s certainly a fair share of similar titles on almost all platforms. Aside from the monetary incentive for potential publishers, it was also the fact that Dr Kawashima’s titles, which focused on brain age, were popular with so many age groups – notably the older ones looking to improve on their dwindling cognitive abilities.

Dr Kawashima’s Brain Training, like all of the predecessors, focuses on brain age. Apparently, from the age of 20 is when your brain powers start to go downhill, so in the game, 20 years old is the optimal score you want to achieve. How do you measure your brain age? Through mini-games of course! 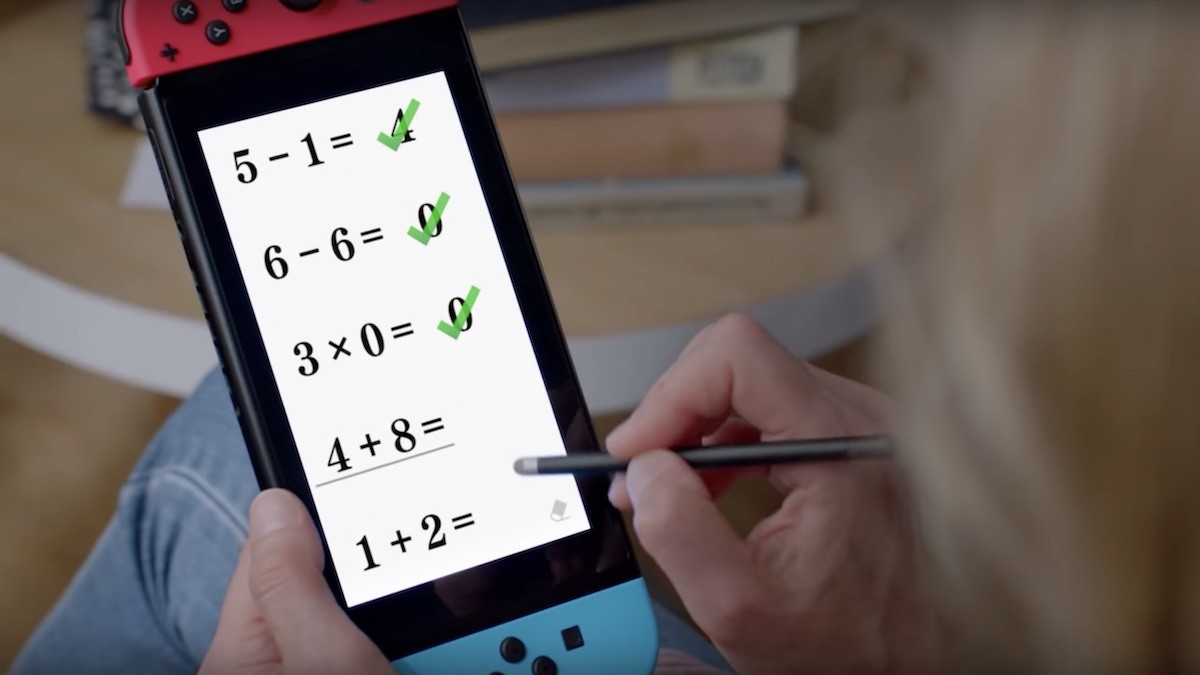 For those who want a quick game, and perhaps play with a friend, the Quick Play option is the place to go. You can choose from a few one-on-one levels and some solo options too. A handful of the games rely on counting the objects on-screen and coming to the total as fast and as accurately as you can. Games such as Bird Watching and Box Counting are examples of this, as well as a game called Flag Rising, which is a memory game of sorts; mimic the order of flag stances as quickly as possible.

Of course, the main objective of the game is to set up a training schedule where you practise the exercises daily. The end goal is to be a little more on the ball and firing on all cylinders. At least, that was my target, and surprisingly, I’ve been a little better than I anticipated. When I say ‘better’, I mean have a sufficient enough response time that is good for my age, without feeling like a geriatric.

When the first games came out, they were designed for the Nintendo DS which came with the dual screens, a stylus by default and of course you could flip the device vertically on command as it fits in the palm of your hand. Well, Dr Kawashima’s Brain Training for the Switch also requires that you display some of the challenges in vertical mode. Unless you have a stand as I do, it’s a little bit awkward to hold, but as the games are relatively brief, you soon resort back to the horizontal mode. But what about the stylus?

In the time that I’ve had the game, I haven’t used a stylus once. You do get one with the physical release, but as my version is digital, you have to order one separately from Nintendo (though you could probably use a third party one, which I haven’t tried). Do you need one, though? It depends on how big your fingers are. The only time I had any difficulty when writing on the screen was with the quick calculations section where you try to solve as many sums as fast as possible. That’s more likely down to human error than the screen, as you end up scribbling with your fingertips like a headless chicken. I didn’t find it that difficult to get used to writing with my fingers. It’s not like you’re writing sentences, so you could get away without the stylus long term. 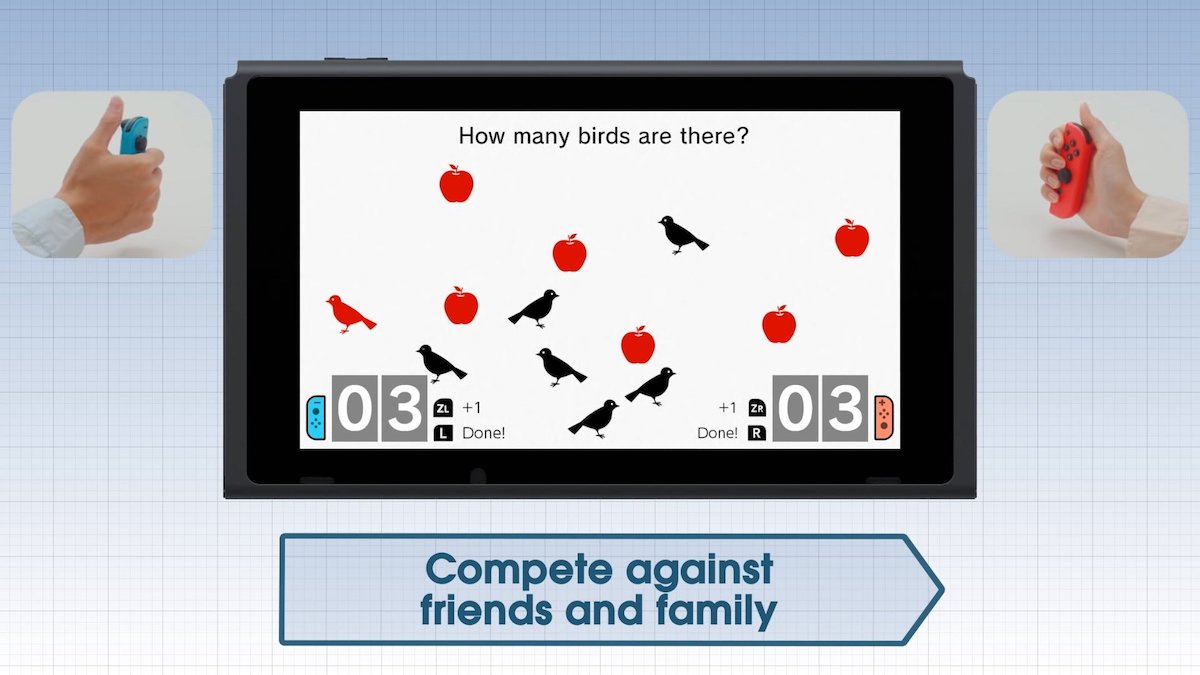 Another feature that relates to the Switch is the use of the IR camera. I’ve played my fair share of Nintendo Switch games now, and except for 1-2 Switch, I’ve yet to play a game that uses this feature. One of the games, Rock, Scissors, Paper, requires you to use the right-handed joy-con and point it at the hand you write with, using the IR. On the left side of the screen will be one of the hand gestures that you need to counter with your hand physically.

On occasions, you have to lose on purpose so that you can switch between opposite on command. In this case, if the screen shows up with paper and you’re told to lose, you would need to perform the rock gesture. It’s an interesting concept, and as I mentioned, as I haven’t used it in a game properly, I managed to hold the joy-con in the wrong direction. You’ll know when you’re doing it right as your hand will show up in blue on the screen in real-time.

A good variety of games and also the bonus of being able to play with another person make Dr Kawashima’s Brain Training and interesting game to play, but with the exception of the head-to-head modes and IR camera usage, this isn’t going to be your go-to game anytime soon. Unless you completely buy into it improving your brain. The market is full of these games – does the price justify it as the go-to brain trainer? The UK retail price is £24.29 at the time of writing. While not a typical triple-A price tag, it’s not the cheapest one out there, and there are plenty of mobile apps that are often free and have a lot more games and are also better presented.

With Dr Kawashima’s Brain Training on the Switch, you’re getting something familiar, that works out of the box and has been thoroughly researched. Dr Kawashima, the person, is too high-profile to endorse something that isn’t effective. Sure, it’s not a magic pill that will make you super sharp, but it’s no different than having a dumbbell set and not regularly using it. If you put in the time regularly, you may see some results that are measurable in-game, but whether that can be transferred over to day-to-day life is down to the individual. From my stance, I noticed a slight change, but whether I can commit to this everyday doesn’t seem likely as the games aren’t really compelling enough that make it stand out to an online sudoku game you can play for free on a website.

A fun series of puzzles that may or may not improve your brain age, but be aware that there are other cheaper titles out there. The Switch is a bit awkward to manoeuvre in comparison to the DS, and you’ll likely need a table top for when using the IR camera.