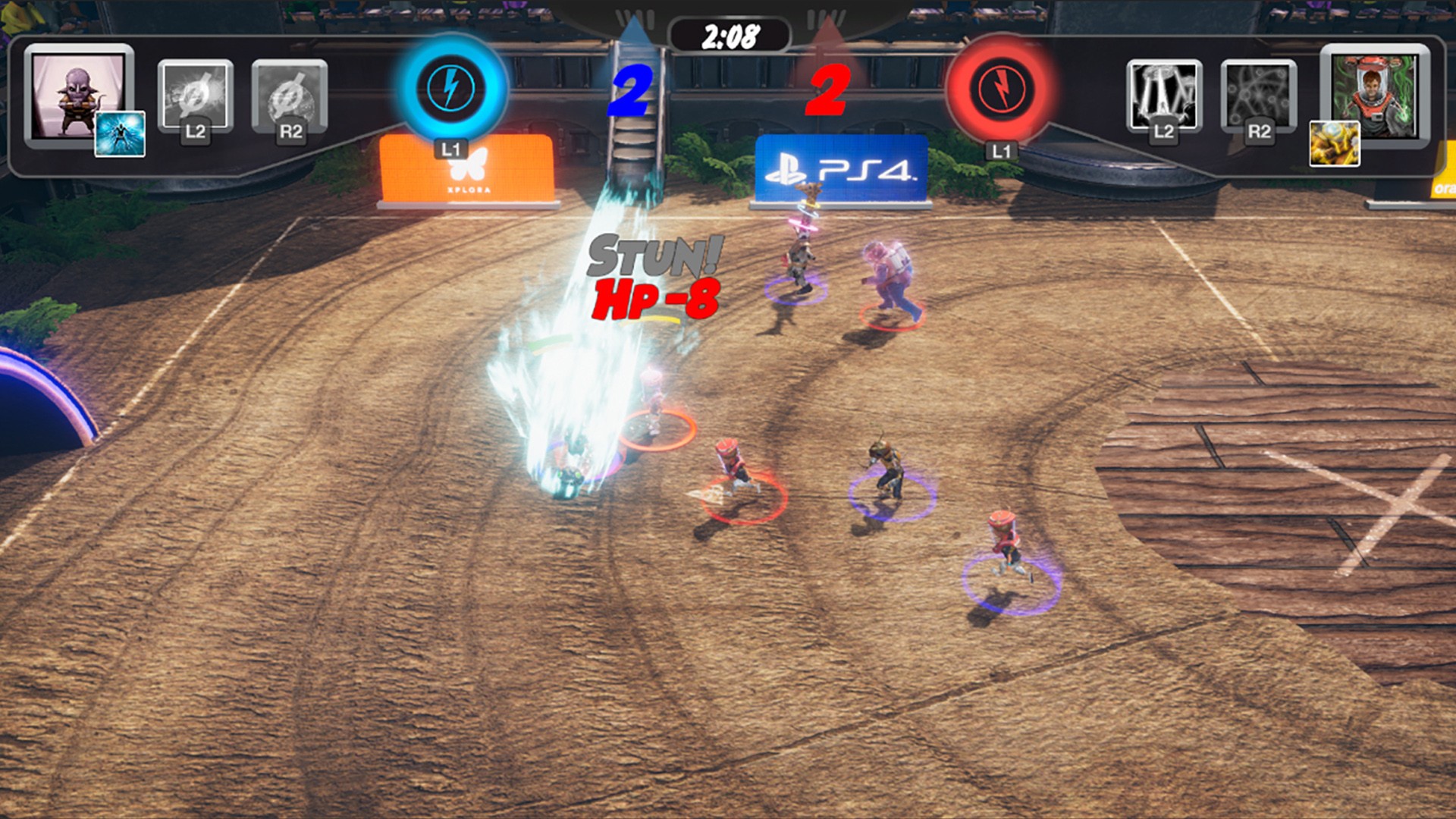 For most modern football games, realism is put above fun. FIFA and PES boast of their licensed teams, physics engines, and realistic player faces, and with no chance of a Mario Strikers Charged sequel anytime soon, there is a chance for a new developer to swoop in and create a unique and exciting football game. Aces of the Multiverse, created by Gammera Nest, is an attempt to corner such a market, but it, unfortunately, fails to hit the target.

What’s unique about Aces of the Multiverse is its interactivity with the XPLORA smartwatch. This watch acts like an upgraded Pokéwalker that registers your physical activity and rewards players with rare cards and upgrades once they sync their device with the game. Fortunately, these cards are not exclusive to the XPLORA watch, so you won’t have to splash out £100 on a new watch just to get the best team.

Aces of the Multiverse plays similarly to a five-a-side match of football, only in space. There are two goals at either of the pitch, and the aim is to get the ball into the back of the net more than your opponent. What makes this different from your standard street football title is the addition of abilities, power-ups, and special characters at your disposal, all unlocked as cards randomly through playing matches. The ability cards, available to use only once per match, open up new methods to dribble past your opposition, including teleporting and manipulating gravity. Special characters known as ‘Aces’ are the elite players of your team- think Messi, Ronaldo, or Emile Heskey- and in addition to their improved stats, they have their own unique abilities that charge up over time. 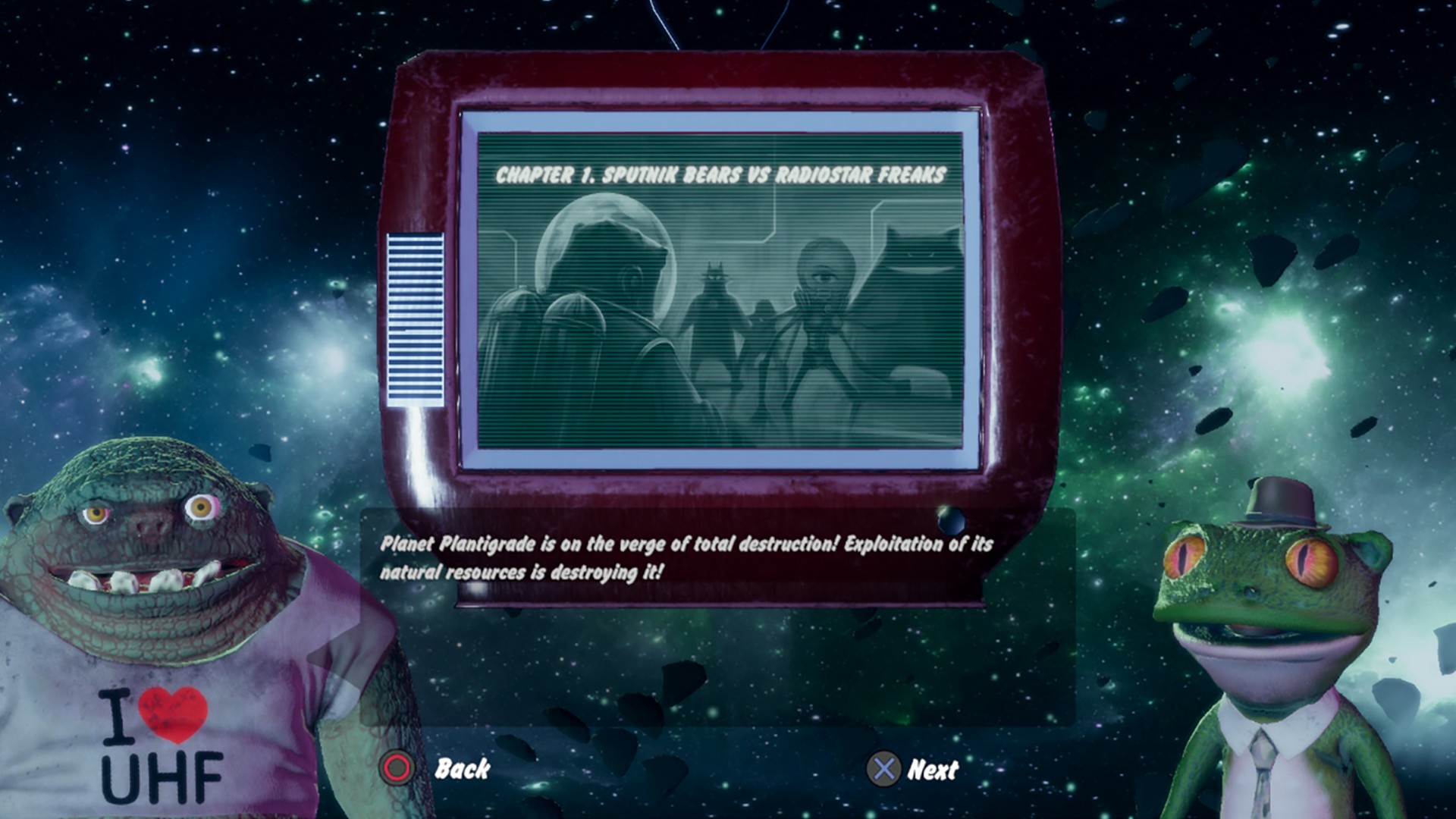 The characters of Aces of the Multiverse are the best thing about the game. Each team contains one of three races- mutants, robots, and space bears. It would be easy for Gammera Nest to create one generic character per race and slap a different colour on five clones, but they instead created seven unique creatures for the three teams. These each have their own stats, personalities, and backstories, with my favourite being a mutant baby aptly named ‘God’ who would regularly terrorise my opponents with his unmatched speed.

The story mode in Aces of the Multiverse is what you’d expect from a sports game- disappointing. I don’t think it’s right that Aces of the Multiverse is sold as having a ‘story’ when it consists of three matches, all intersected with meaningless exposition about the different rivalries in the multiverse. These matches are no different from those in quick play and serve only to unlock all the teams. This lack of content is a recurring theme in Aces of the Multiverse, as with only three teams and three stadiums, it can get dull quickly. It’s a shame, too, as the thematic designs of the stadiums are remarkable. A great amount of effort has clearly gone into selecting the perfect music and pitch layout to match the home pitch of either the bears, mutants, or robots. The different goals, including the mouth of a mutant tree, create new dynamics that are desperately needed.

This isn’t to say the game lacks any replayability. Aces of the Multiverse has a comprehensive set of achievements that will take a while to complete, including scoring over 20 goals in a match and finishing a game 0-0. Attempting to collect cards of all types and rarities contributes towards extending your playthrough, but eventually, the gameplay becomes stale when playing against the AI, who offer no real challenge even on the hardest difficulty. Aces of the Multiverse reminded me of little league football, as most of the opposing team either stand still or aimlessly chase after your player, making it far too easy to walk the ball into the goal. The lack of any game modifiers or substantial difficulty settings will make most players quit the game after they start to experience the monotony of thrashing your helpless opponents by double figures. 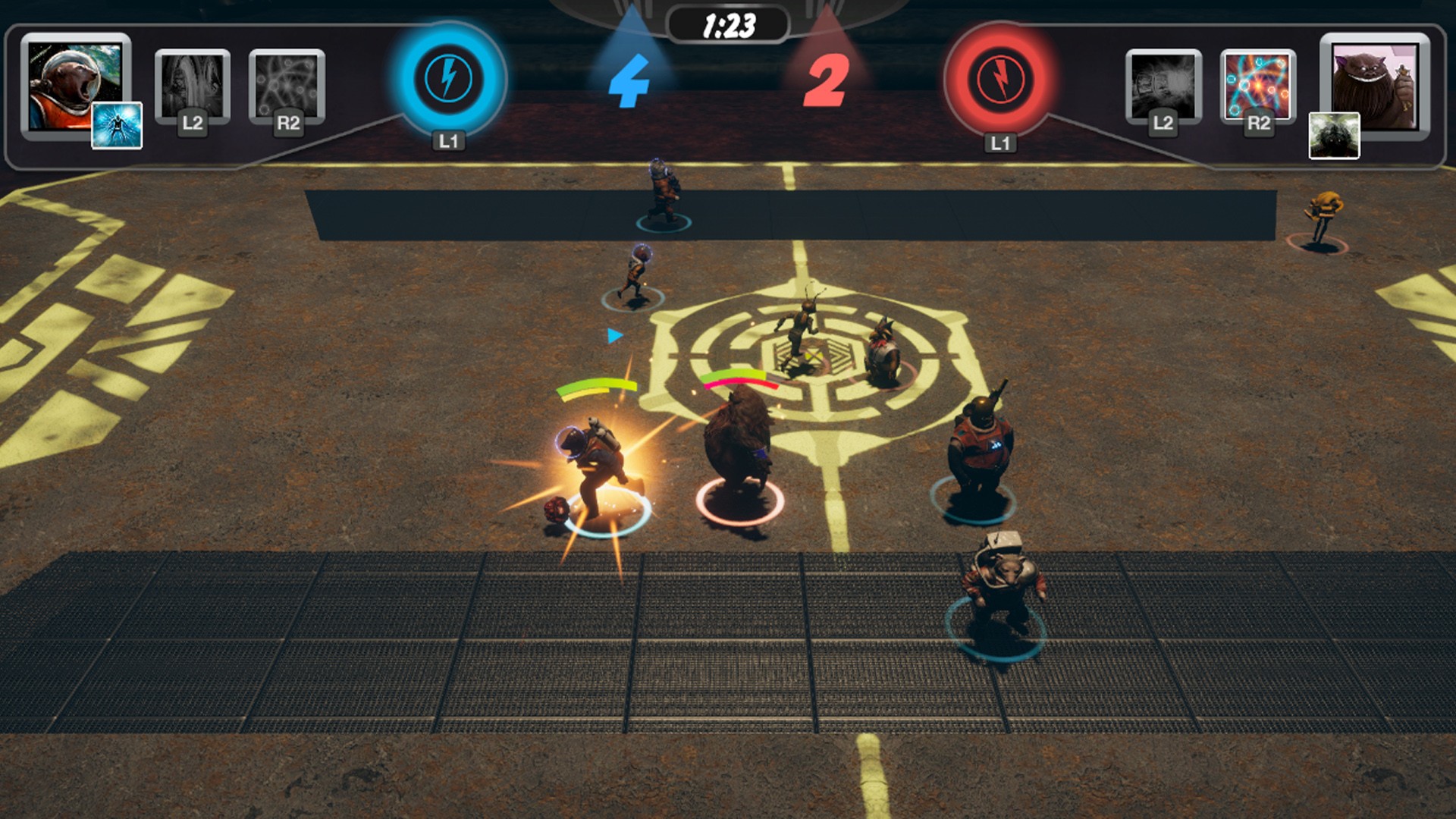 Problems with the AI are reduced during local multiplayer, but this mode just exposes more issues with the core mechanics. To select where to pass and shoot towards in traditional football games, you only need to aim in a general direction. Aces of the Multiverse, somewhat strangely, need much more specific inputs than you might initially expect. This works well for shooting as the absence of a goalkeeper would make scoring too easy had aim assist been stronger, but it makes the passing too inconsistent to be useful. Tackling with the Square button is the only of the main mechanics that works well, with holding this button charging up a long-range tackle that can answer the rather exploitable counter-attacking technique. Tackling also reduces the health of the player targeted, and if their health reaches zero, they are knocked out. This mechanic was underutilised, as instead of punishing players for exposing their team to tackles, the KOed player is immediately replaced by a substitute. I would have liked Gammera Nest to have included a timer feature, for example, that meant players were down to four-men for a few seconds.

Overall, it’s not a terrible game, it just needs more. With a lack of content, the frustrating mechanics and AI design are much more noticeable. Could I recommend this game for players fed up of EAs monopoly over the football genre? In its current condition, no. For all its potential, the lack of content means I can’t see many people playing Aces of the Multiverse for over five hours.

Aces of the Multiverse Review

Underwhelming, frustrating and lacking in replay value. Aces of the Multiverse is headed towards relegation.