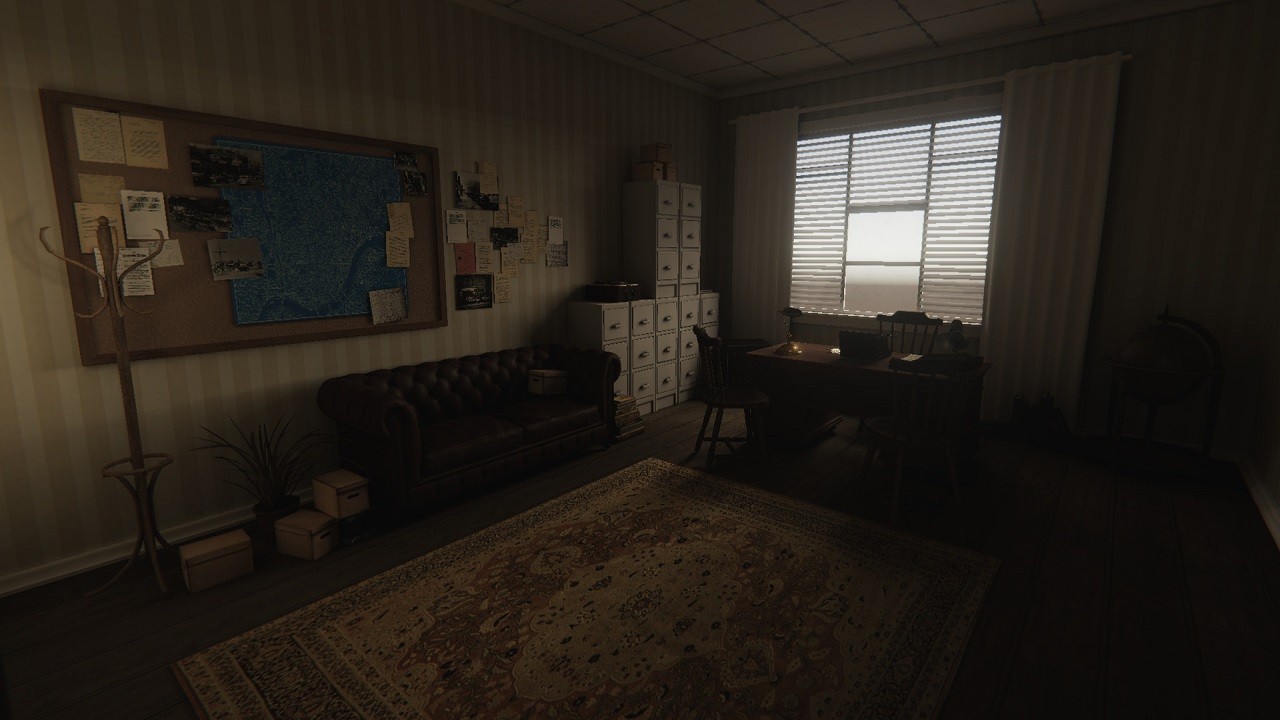 Curious Cases is a 3 chapter, detective game; a pretty standard puzzle collection with a pretty standard story behind it too, barring the ending which is frankly a bit strange, but I’ll let you get to that slightly rocky conclusion yourself.

You play as Thomas Moore (no, not the Irish poet) a modern-day detective who self identifies, according to the synopsis, as a legend. This is about all you know at the beginning of the game and due to the relatively short nature of this title, don’t expect a huge arc of development.

Let me start off by saying this game sells itself as good for desktop or VR, this is a review for the Switch version. I would avoid this version, frankly, it plays like a test for unity engine…in 2010.

Having seen the gameplay of the VR version of this title, I can see the appeal, alongside the multiplayer element but not much more than it is a bit of a laugh. 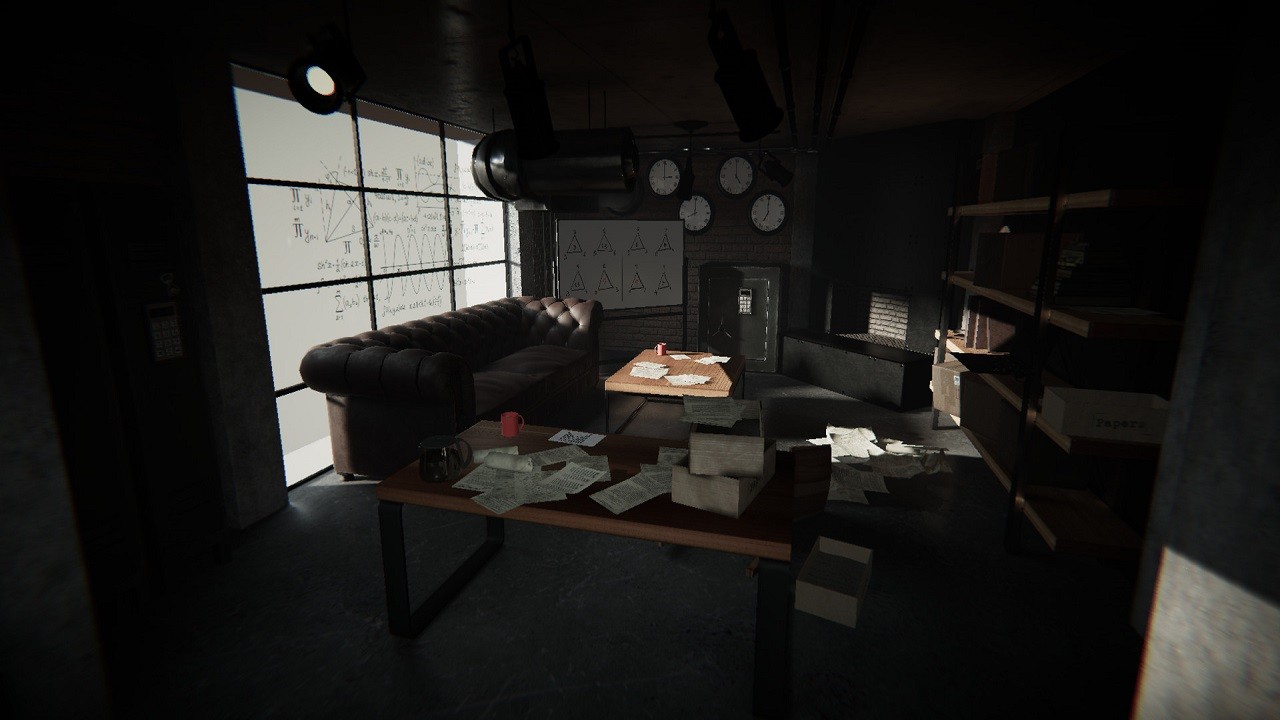 The puzzles are hard, frankly a little too hard; especially at the beginning. I love a challenge, give me Portal 2 all over again or The Thanos Principle and I’ll work my mind into a soup of possible trajectories and tests of the laws of physics. Give me this game and I find myself in a dumbed-down version of a Mensa test because, although difficult, the puzzles in Curious Cases offer little in terms of ingenuity or a unique selling point. When it comes down to it, it’s a pretty bog-standard clue search, enter some numbers and progress to the next chapter.

The length of this game would vary, it took me a couple of hours to get through each chapter and I would say I spent the majority of that time on chapter 1.

Once I got into the swing of it and could start to beat the game at its own tricks, then it became a much more streamlined process; not really what I look for in a detective/puzzle game. If you were really good at puzzles this game could potentially last around 30 minutes but, for the price, I can’t complain too much. It’s a brain teaser and it’s portable. What’s not to like if that is your jam?

The Switch port of this game plays pretty poorly, it stutters, there’s some flickering and overall Mr. Thomas Moore feels a little bit like he is ice skating, but the ice is melting below him if that makes any sense. I cannot speak for the other ports, I imagine VR would be the best option as it would have a more involved and relaxed feel; the use of analog sticks for Curious Cases simply doesn’t provide a particularly enjoyable experience. 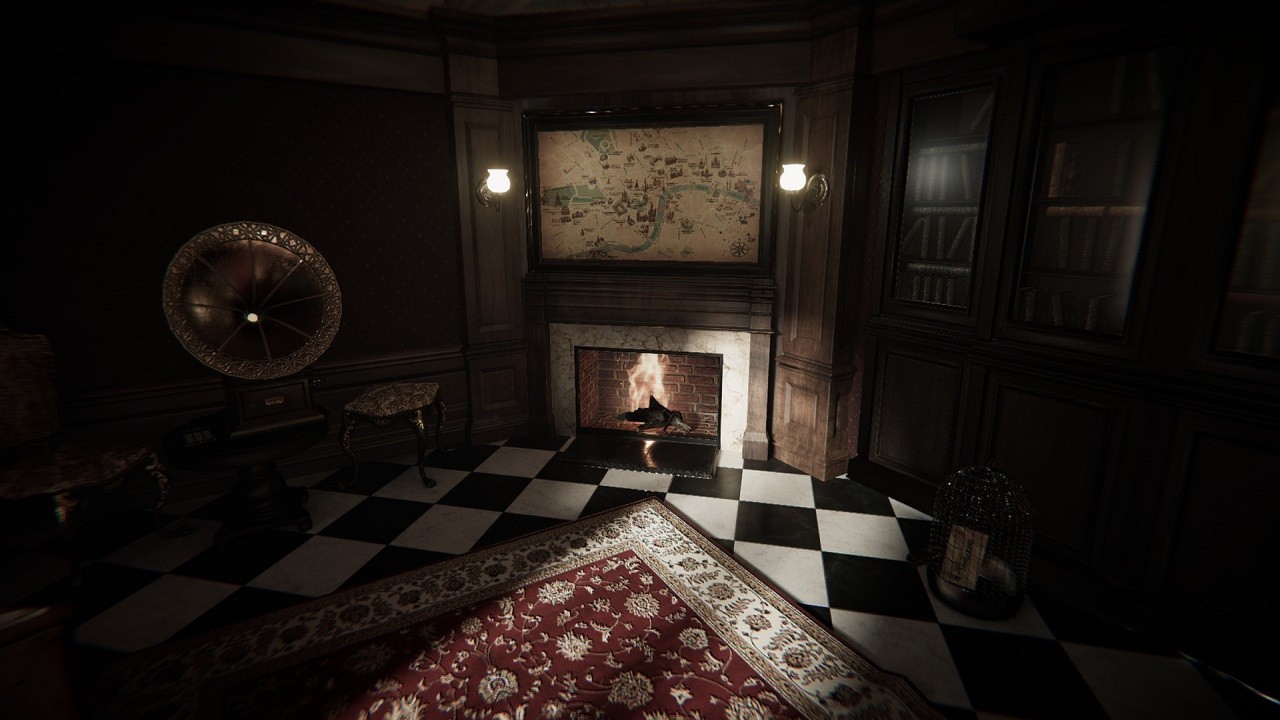 The development team behind this game, OnSkull games, has made some pretty good escape room style games before this. Tales Of Escape is a good example and utilises that new fun thing to do in real life; putting six people in a room and working together to escape. I played this title solo and I have to say overall, it just wasn’t exciting. Perhaps in a different light, with more people, VR and several bug fixes I would put it up there as a more solid puzzle experience; sadly this wasn’t the case.

However, it does get the brain working, the controls kind of take away from the immersion of trying to find the solution to some quite taxing puzzles, but they really do make you think. Those with little patience, I would recommend you stick to something else as it really will frustrate you at times; I like this in a puzzle title though, there’s something quite apathetic about such an arbitrary medium causing as much stress as a final exam. For me anyway.

Overall, Curious Cases provides a puzzle experience and quite a challenging one at that, but with so few chapters, the plot is practically non-existent and the enjoyment of solving the clues is marred by an unfortunate lack of optimisation for the Switch.

Curious Cases provides a puzzle experience and quite a challenging one at that but with so few chapters, the plot is practically non-existent and the enjoyment of solving the clues is marred by an unfortunate lack of optimisation for the Switch.

Jamie Kay no longer writes for Bonus Stage. We would like to thank him for contributing 2 Reviews during his trial period with us. Reviewers are an essential part of Bonus Stage and therefore we sincerely appreciate all contributions from reviewers/writers who in-turn help to contribute to Bonus Stage's success. We wish him every success with his next venture.