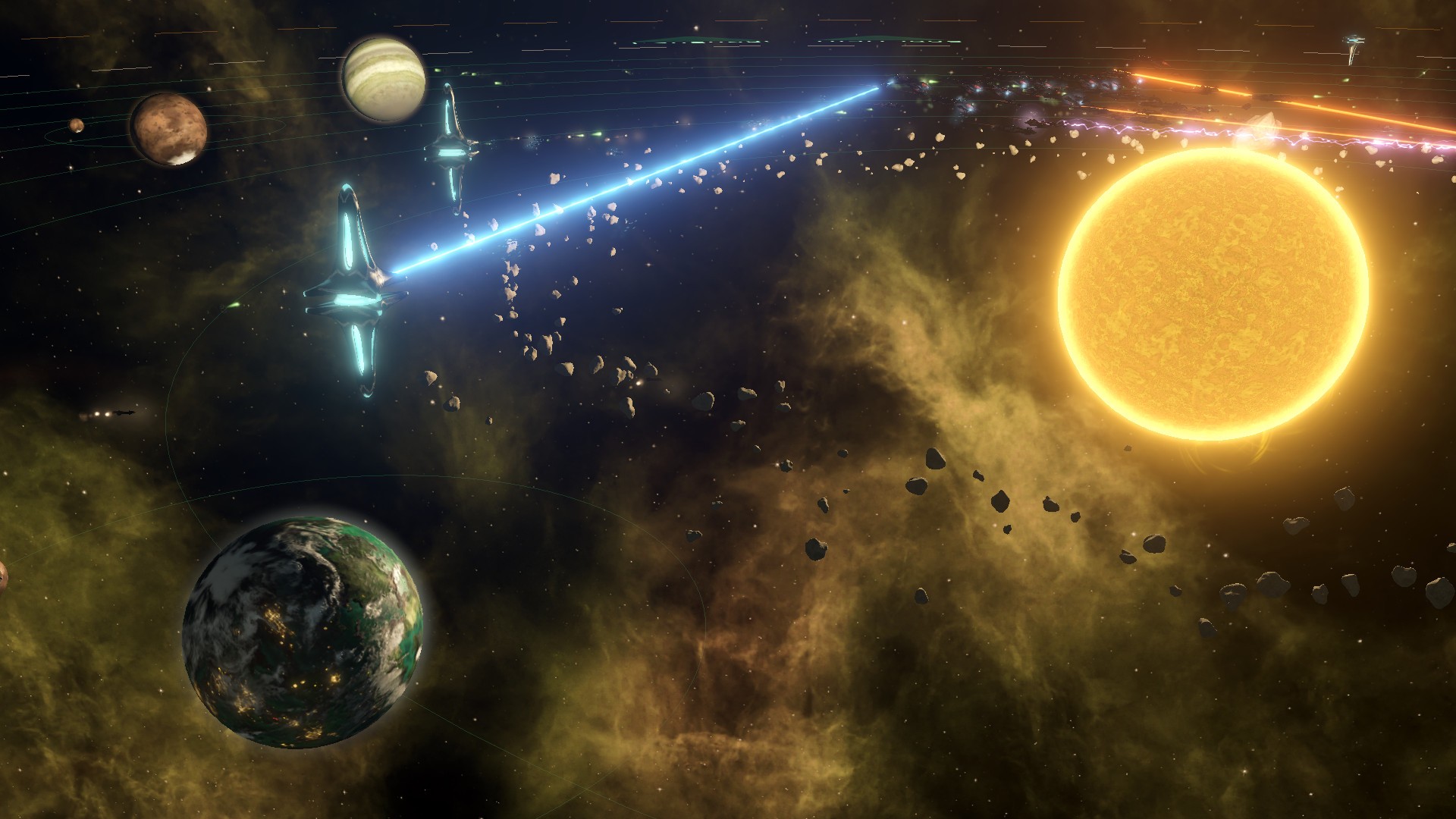 We are blessed with the number of PC ports that are seemingly coming to the console market these days. More and more developers seem keen to dip their toe in and see how their title fares in the controller world. Stellaris Console Edition is one that has been out for a brief period of time and has graced Xbox Game Pass recently so if you’re an Xbox user now is the perfect opportunity to take the plunge and try it. Nothing to lose and everything to gain. Stellaris itself is both developed and published by Paradox Interactive and is available to PC, Linux and Mac whilst the console edition is limited to Xbox One and Playstation 4. Stellaris is a 4x grand strategy game which was the first of its kind in this generation of consoles which has recently been joined by Civilization VI. It truly is an exciting period for the console market as I absolutely adore this genre of games and RTS type experiences and to see them making their way to portable machines is promising.

Stellaris is set in space in the year 2200 and your early mission is to take control of a species in the early stages of interstellar exploration and this occurs directly after the invention of faster than light spacecraft construction. Now if you have any slight interest in space and its exploration then you’ll be amazed by what this game has to offer. It’s a huge learning curve but it’s one that pays off as the game constantly evolves. Now it has taken me longer than usual to construct this review and this is because there is so much to this game and it has continuous support and updates that keep it constantly fresh and new.

If you have stumbled upon this review having maybe read older reviews at launch it’s useful to note that things have been updated in order to bring it up to speed in line with the PC version. Now even though this kind of game is best suited to keyboard and mouse it was interesting to jump in and find out how it controlled with a standard Xbox controller. If you have played Stellaris on a high-end PC you will want to note straight away that on Xbox it isn’t visually as pleasing as the PC version but that doesn’t take any of the fun factor away from the core gameplay experience. I have a feeling that Paradox has compressed the visuals as much as possible as in its element there is a lot of information and stuff going on that may be demanding on the internal running of a console. 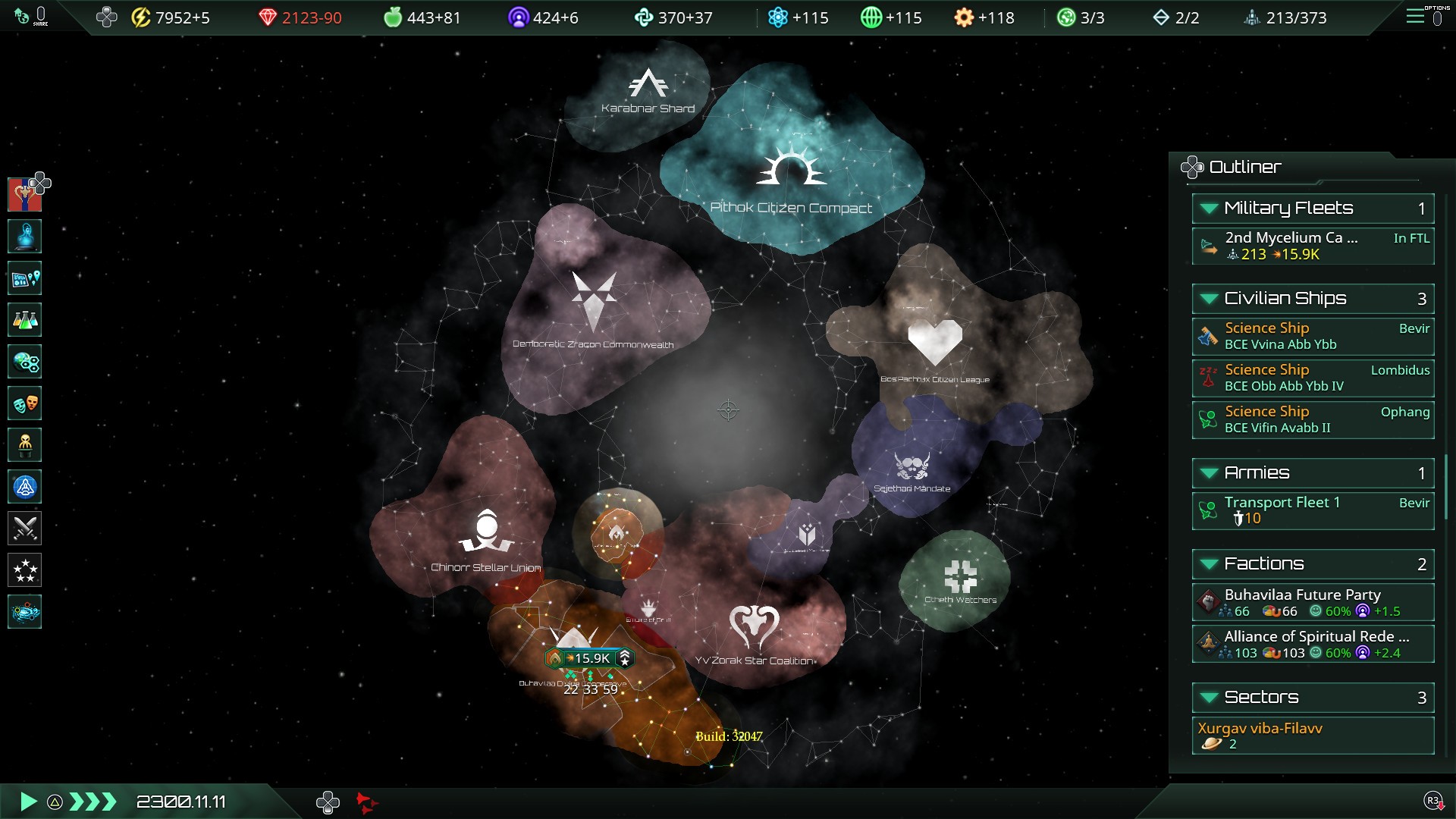 As strategy games go Stellaris is as strategic as you’re going to get and you’ll be exploring, expanding, exploiting and attacking as you follow your interstellar quest through the vast galaxies. It is important to note that if you want to gain achievements for this title you’ll have to enable a certain mode and it will save consistently forcing you to stick with your actions rather than backtracking and loading up the save to avoid something happening. We have all done it, myself included on Football Manager when you lose a game and you then load it all up again to try and get the win. This feature forces your hand and you face the consequences that come along with it. That is the exciting part however as you will never play the same game twice here, it is a constantly changing experience.

You start the game with a single planet as all you know and you can select how your empire is built and its ethics from a preset library. The early game is confusing and I was left scratching my head at what was going on but I would urge players to be patient as it will give you some direction with where to go with things. It was overwhelming but then it becomes more obvious the more you play and the mini tutorial type walkthrough will help you.

At the start, you’ll take control of a number of different ships to assist you with different factors in space. The science option will scan the different galaxies and star systems and report back with various findings. The construction ship will fly around and will enable you to construct power plants, research facilities and mining operations across the universe. Then there are the ships that can attack and defend when you come across various enemies on your way through space. 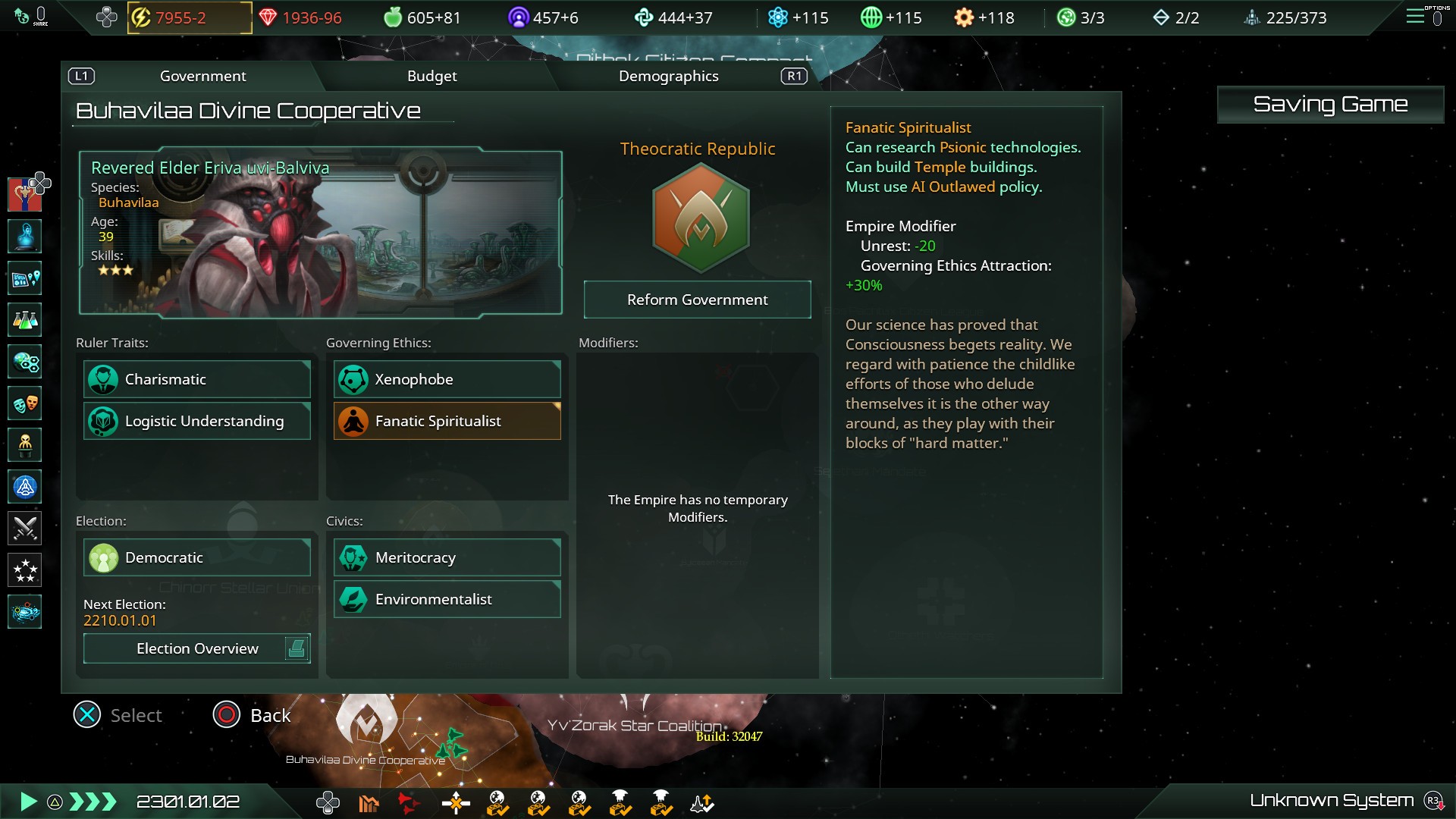 As you start to explore other planets and colonize you will find random occurrences being spawned for you to deal with. Planning and managing these events will give you rewards such as extra resources which is always handy on your quest to drive your expansion further. Whilst many of the random encounters are minor straightforward simple to deal with engagements, there are also bigger things happening such as invasions into your territory which is a must deal with the scenario as it is imperative to further happenings. I am not sure how much involvement is absent from the console version this far after launch but what I do know is there is a vast expanse of menus that are flawless with the click of a mouse button. With the controller it seems to do an acceptable job using the sticks as a cursor and the d-pad to snap across certain features, it works and it works as well as it can do. Unfortunately, there appears to be no mouse and keyboard support for this title at least on Xbox One X and it is unclear whether these features may be added and expanded for the next console generation on Xbox Series X. I would certainly hope so with the sheer power and weight behind them. The only criticism of the controls is where there is a lot of information on the screen in a tight space and you are having to snap from element to element and it can be very fiddly and a little frustrating but I am under the assumption this could be also a challenge on PC. Whilst this is critical they have done exceptionally well to get this ported across with decent responsive controls.

The learning curve here is one of the biggest I’ve put myself through but I promise if you stick with it you will become addicted. It is one of those titles that you say you’ll play just a little longer and before you know it you’re four hours in. It truly is fun expanding and exploring, finding new planets and picking fresh fights, and seeing what you come out of it with. Sure it is nowhere near on par with the PC version but it does a great job of trying to achieve close to it and the developers are working to bring any missing content across so that users can experience the whole package. If you’re into strategy games such as even Cities Skylines and similar experiences in the console market this is the only title of its type currently and believe me it is worth sticking with from beginning to end.

Stellaris will overwhelm you and then drag you in for an addictive deep dive into space exploration, expansion and eradication as its ever-expansive strategic nature is never-ending!