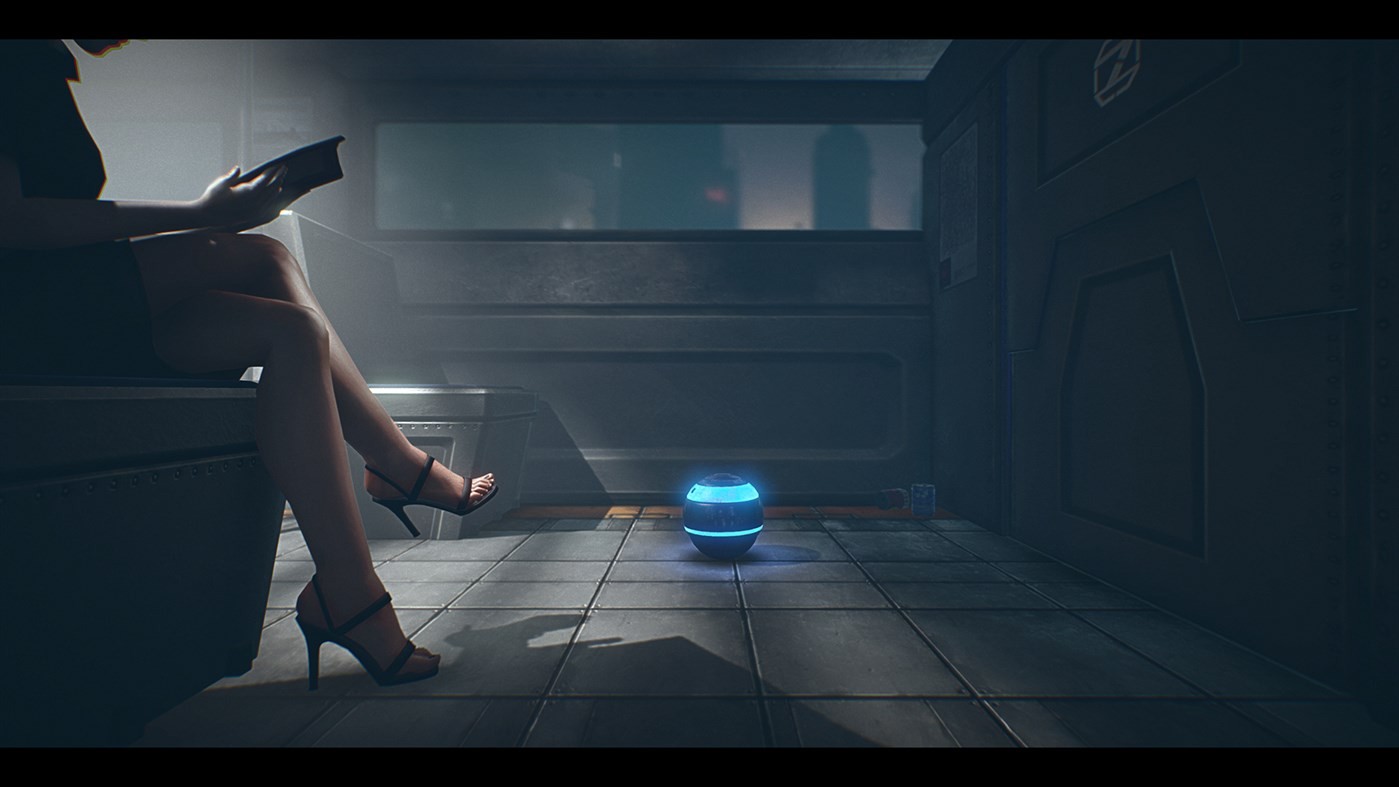 It’s difficult not to compare 7th Sector to other puzzle platforming games like Inside and Little Nightmares. These comparisons are only ever going to be positive, with both being held in very high esteem. 7th Sector rightfully stands tall alongside the other successful entries in the genre. The primary strength of games like 7th Sector is mystery, and 7th Sector definitely has an abundance. The moment the game starts, you instantly have questions.

7th Sector begins with a silhouette of a man inside of a static screen. After you push out through the power leads around you, the objective is to keep moving forward, in the form of an electronic spark. As you continue to progress over the four or so hours of story, you switch from controlling the spark to taking control of other electronic objects, ranging from a BB-8-style ball to a flying drone. For the most part, everything you take control of feels right, even for the puzzles. The one exception is a little earlier in the game, when a puzzle requires the player to possess a small remote control car. For whatever reason, the car is the only thing in the game that can go deeper into the stage, not adhering to the restriction of being 2D. At best it feels completely counter-intuitive. 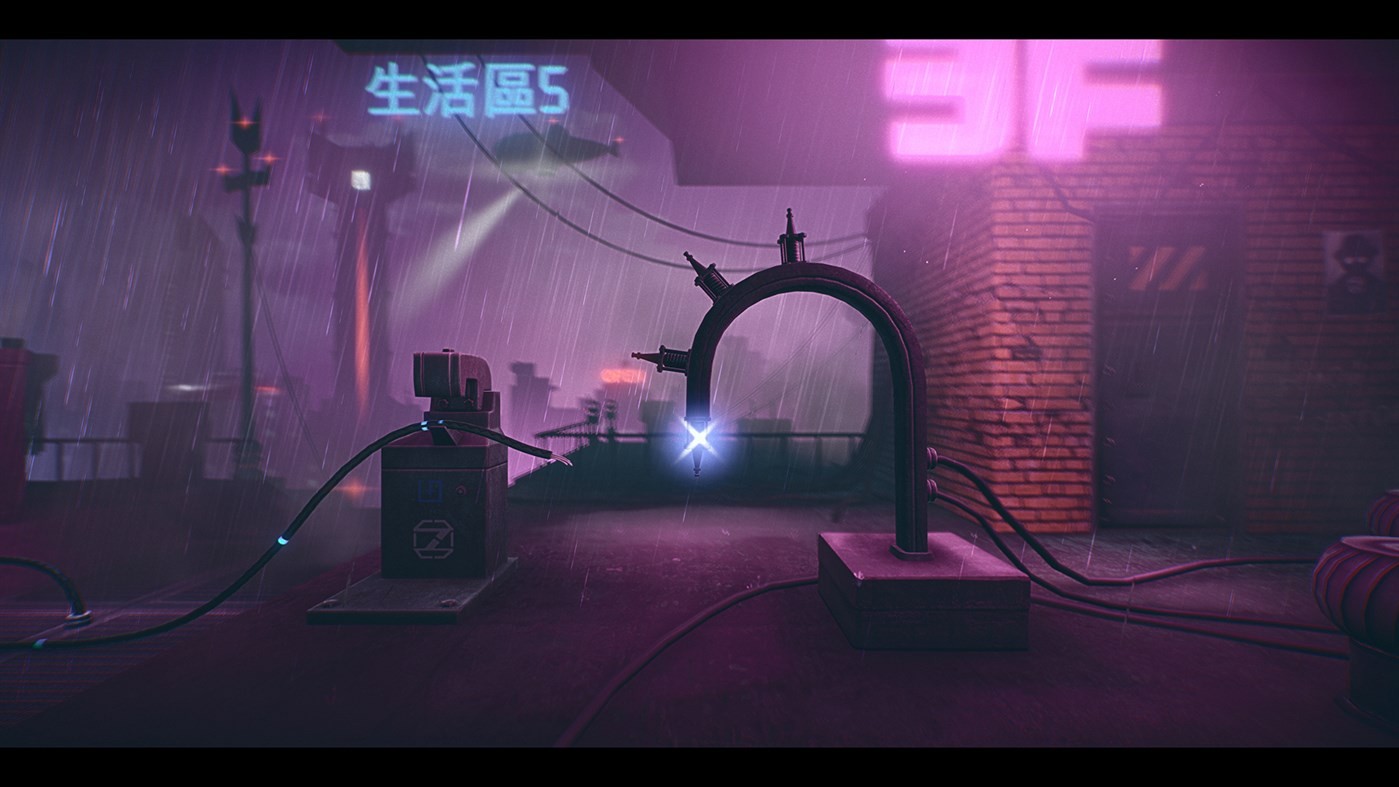 Variety is the biggest strength of the puzzles faced throughout 7th Sector’s story. None of them feel boring or repetitive — obviously there are puzzles that appear more than once, but they never feel stale. Despite their variety, some of the puzzles do feel quite obtuse. 7th Sector doesn’t have any tutorials or guidance, something not particularly uncommon with this style of game, but it can stand in the way of progressing. With some of the puzzles, it’s not immediately clear what the objective is, and they also become increasingly difficult — especially, if like me, you haven’t done any maths for about 10 years, because maths is somewhat the foundation of 7th Sector’s puzzles. The maths-based puzzles are also different on each playthrough, meaning that you can’t be cheeky and search the solutions. One of the most impressive aspects of 7th Sector is how the puzzles adapt to the mobility of whatever you are in control of during that stage of the game, keeping the puzzles fresh.

If you’ve ever seen a Blade Runner film then you will immediately recognise the aesthetic of 7th Sector. It’s such a recognisable and distinctive world, which is testament to how good of a job developer, Носков Сергей, did with capturing the essence of the genre. The minute details in the world as you progress are fascinating. 7th Sector is environmental storytelling done right, without sacrificing any of the mystery that you can expect from this style of game. No part of the background looks out of place, while also consistently adding to the story of this world. It doesn’t take long to realise that there is some kind of issue developing between humanity and their relationship with the machines that dominate the background. An uprising is apparently imminent and you have a front row seat to it kicking off. Not only is it fascinating to watch the world as it transcends into chaos, but it’s also stunning. The bright neon lights stand out against the bleak misery of a downtrodden and oppressed society. 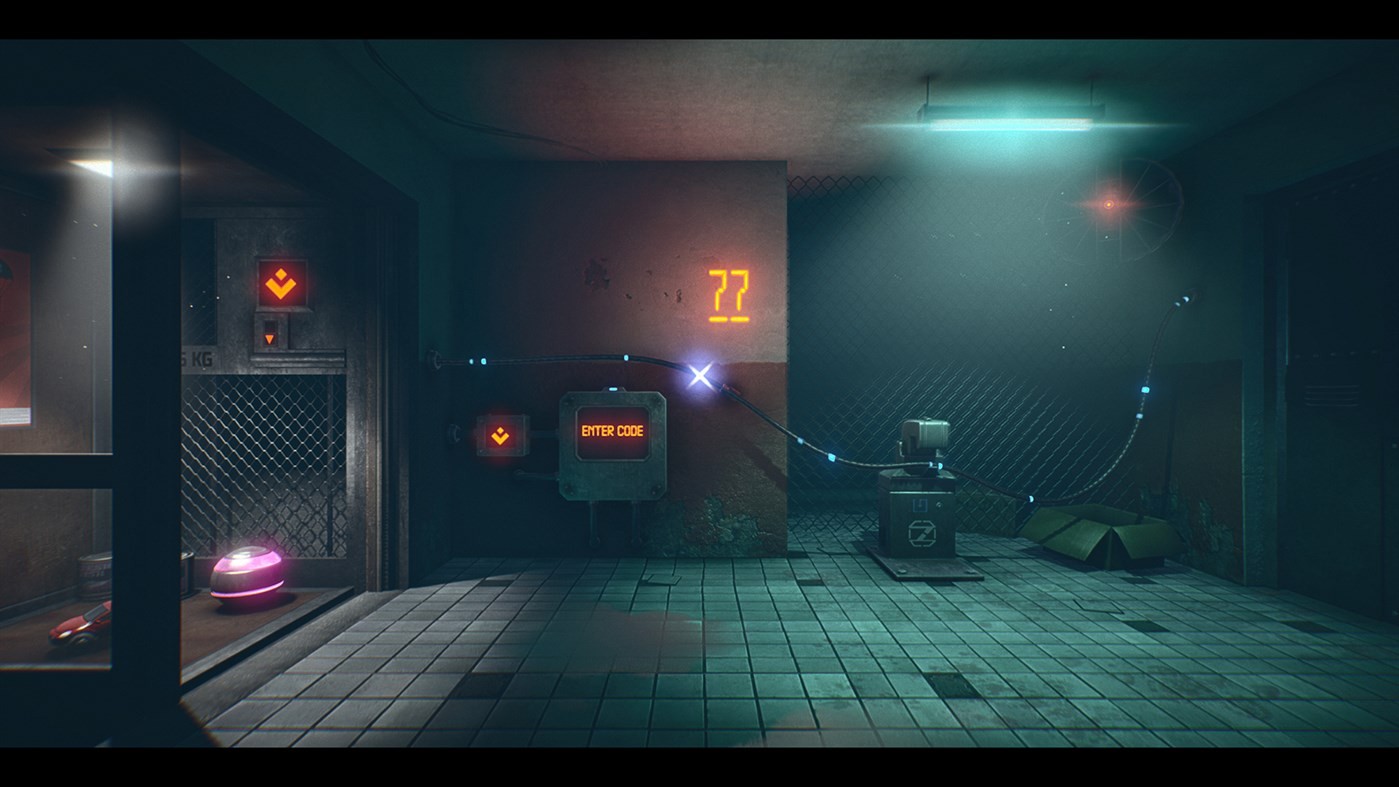 The atmosphere that’s built, despite not being completely original, is so cohesive and convincing because every aspect of the game is working towards that goal. Along with the visuals, the sound design of the game — the effects and the accompanying music — does a perfect job in aiding the game’s creative direction. The way it all works together further solidifies how well designed the world is. The only problem with the sound effects in the game is that, on the really difficult puzzles, the sounds can get repetitive and very disorientating, however if you’re good at puzzles then this is a moot point.

7th Sector definitely isn’t for everyone, even if the world that’s been built is a reason in itself to visit this game. It’s fascinating to watch events bigger than yourself unfold behind you, as you keep pushing forward through beautiful landscapes and a futuristic metropolis. The puzzles can often be difficult, which isn’t a criticism, but sometimes it simply isn’t clear what your objective is. The game is also lacking in other content or collectables. It isn’t usually a draw for this kind of game, but other than the odd puzzle to get some concept art there isn’t much else offer.

A stunning and often challenging puzzler. The world of 7th Sector is fascinating, consistently supported by a good gameplay variety even if, at times, it can be unnecessarily difficult.