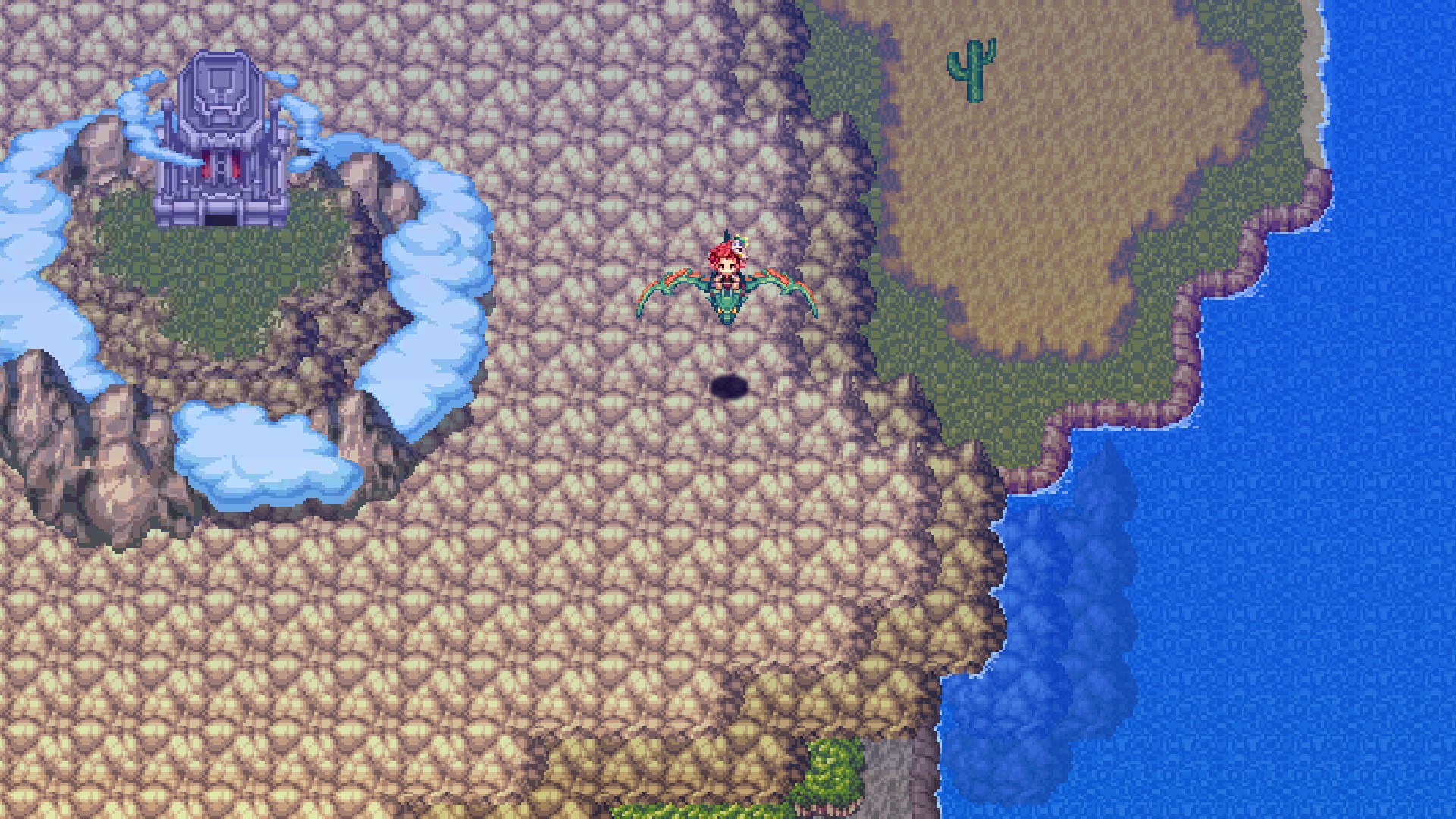 It hasn’t been long since I reviewed a Japanese turn based RPG, which was Seek Hearts and this goes to prove that the Japanese market is showing a strong presence in the console market and especially on Xbox, which is a pleasant surprise. So KEMCO are back at it again this time with Monster Viator and if you have played anything by KEMCO you will know what to expect. They have been developing games for as long as I have been alive, which is a long 34 years and still pushing out solid content, so you have to tip your hats to them.

So what is Monster Viator all about then? In this title you will play as a Culter who has lost all memory of everything to do with his life and the only part of his background he can recall is the fact he had a brother. He has a strange ability to communicate with monsters in the world however. It isn’t long until you bump into a fairy called Aira who has a calming ability allowing her to bring the aggressive nature of monsters to a minimum. I won’t divulge too much into the storyline, as I don’t want to spoil the game for you but you will link up with Aira on a lengthy adventure on trying to recover the lost memories of Culter. 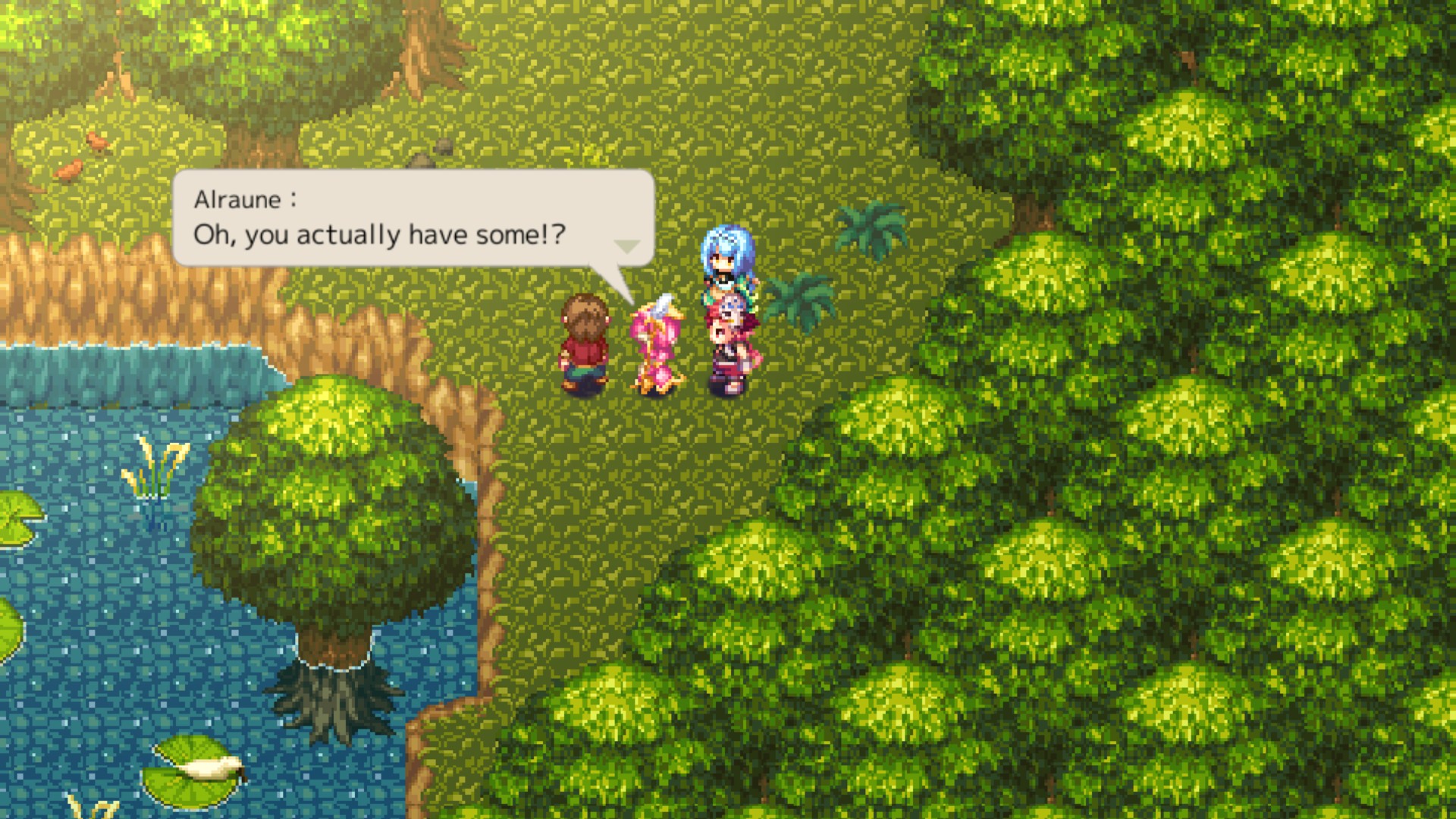 KEMCO has done extremely well in the fact there is a plethora of monsters in the game which you can either use Culter to use his magic to try and coax them into fighting by your side or choose to defeat them in battle. The game engages you to make some of these choices by yourself. The variance of monsters is both interesting and intriguing as they all have their own distinct differences along with various strengths and weaknesses. You will be able to see what you’re about to battle against, so think Pokémon here. You will want to counteract fire with water and so on. Simple but effective and can make for some tense battles the further on you progress through the world.

Aside from negotiating the elements there are also several other tactics that you’ll have to think about. There is a system called Carminas which can be equipped to the characters as well as monsters. Think of these as perks which grant you extra hits, less health for the enemy and suchlike. Whilst these can give you the edge it doesn’t in anyway make the game stupidly easy and you still have to put some thought into what your next move may be. I would go as far to say this is one of the most challenging KEMCO games I have played and I have gone through a fair few now. I enjoyed walking through the world and actually speaking with the other characters, the dialogue is clear and concise and displayed nicely so it is an easy read. You also pick up extra abilities from going around and chatting to people and this can add to aspects such as healing during battle which is always a major plus in turn based combat. It felt slightly strange not having to use HP and MP potions for healing, which is usually the norm for KEMCO games, but this time you rely on your friends in battle for those health boosts. 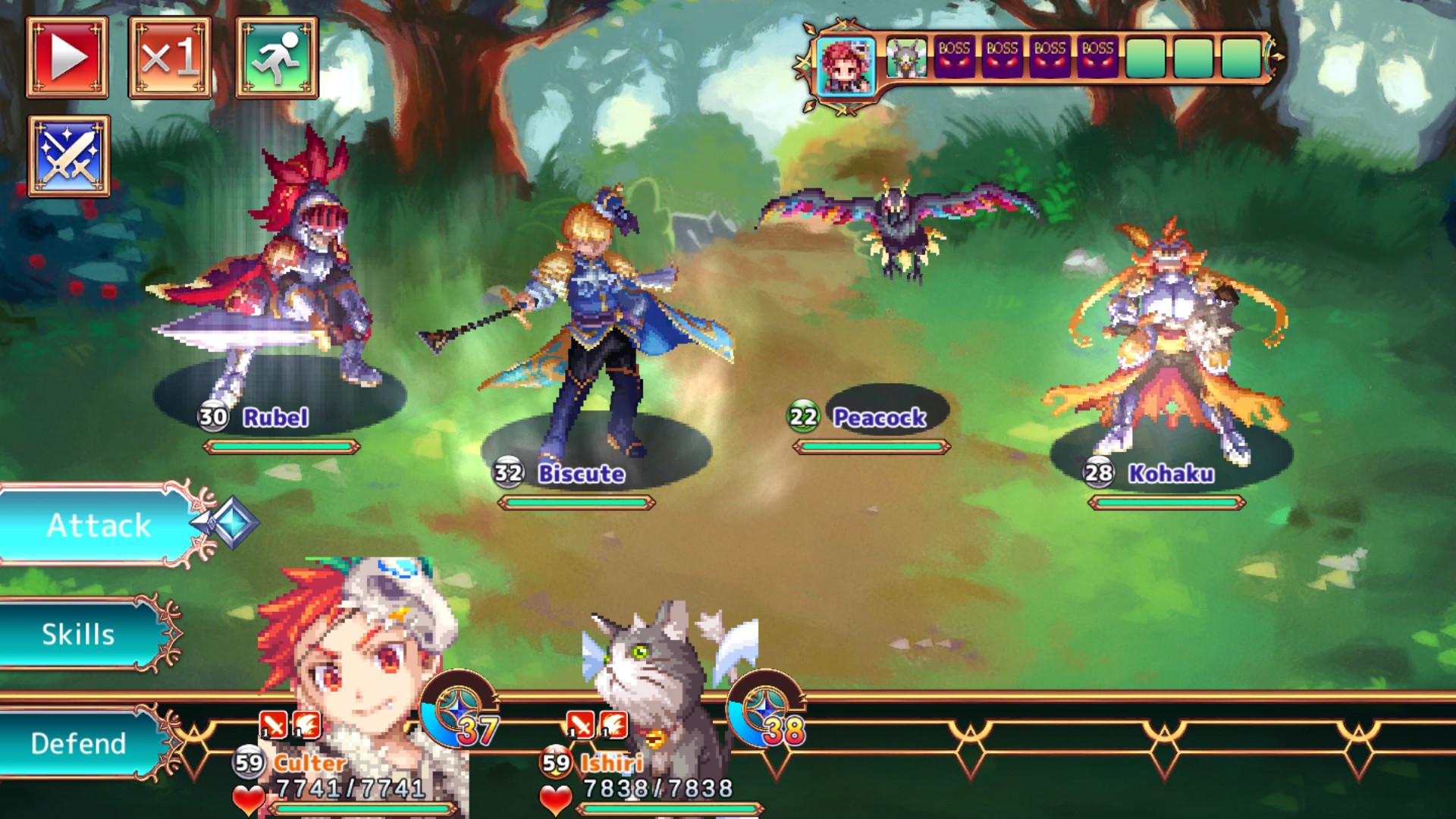 Graphically, Monster Viator is what you’d expect for a game of this calibre and it utilises the colours and blends it all into the world nicely. Personally, I always find the retro look of these games pleasing to the eye. I breathed a sigh of relief at learning the fact that you can use the analogue and d-pad for character movement and it wasn’t restricted to just up, down, left and right and you could actually go diagonally. This sounds silly but it was a real bugbear in Seek Hearts and impacted and hampered the experience more than you’d think. The battle scenes were particularly impressive and the artwork and the vibrant colours during these displays add to the enjoyment of the game. The sound effects and music are as you’d expect and slot in comfortably around the rest of the game.

I have to say I really enjoyed Monster Viator and is probably the most pleasing KEMCO title I have worked through. The freedom of the much improved control system is a breath of fresh air and whilst the game can seem a grind, the story is engaging and you will get sucked in by the team building element, the development of your characters abilities and sheer satisfaction of doing jobs as you go around speaking with the world’s folk. Definitely one for the collection if you’re a fan of this game type!

A breath of fresh air in the JRPG genre as an improved control system in the world of KEMCO turns this engaging title into a rock solid one!

Large variance of monsters and characters