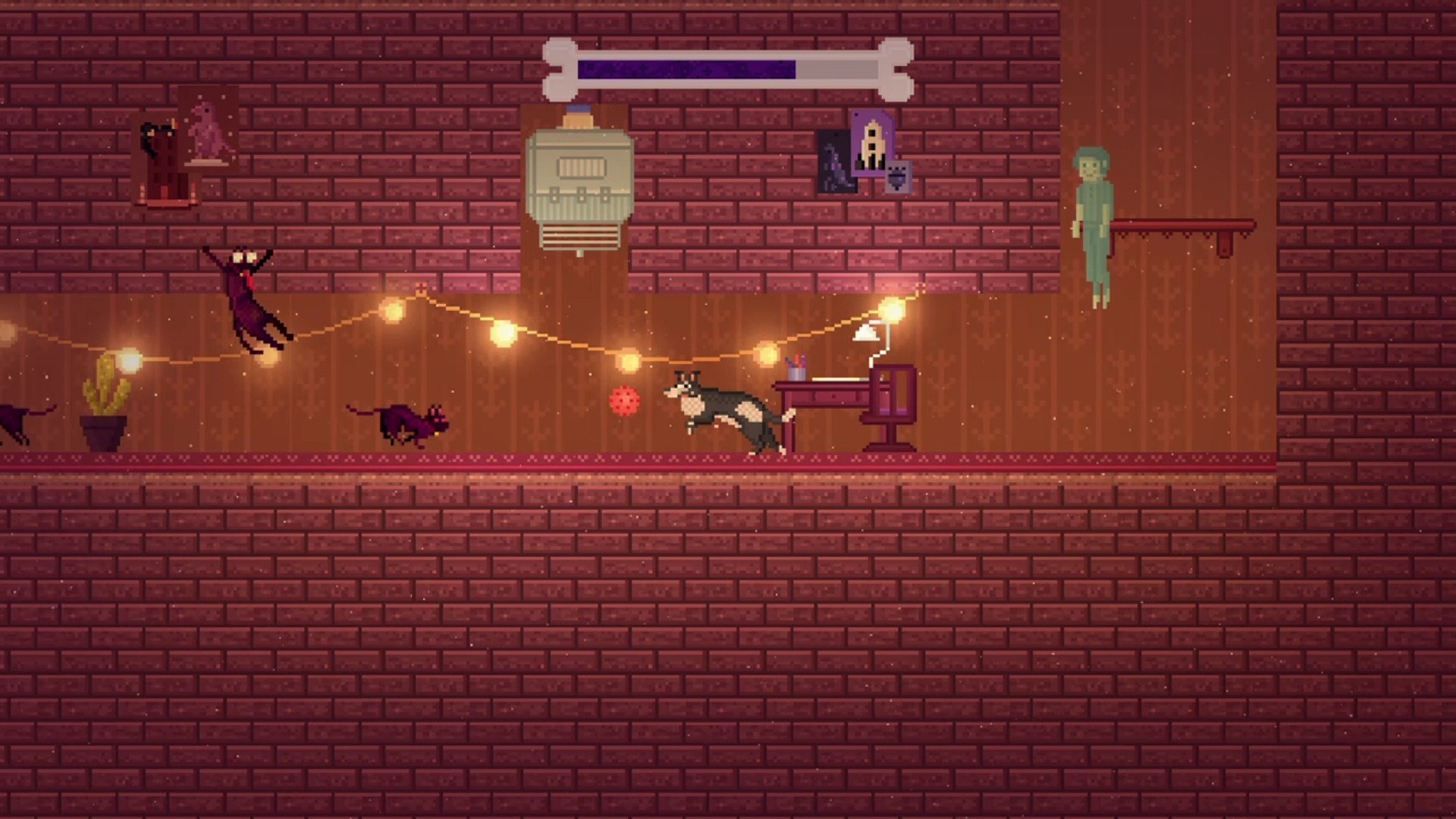 Developed and Produced by the collaborative team of Psilocybe Games and Dolores Entertainment, Balthazar’s Dream is a game perfect for fans of retro games and dog lovers alike. An addictively enjoyable game, that is phenomenally designed, but is not without its flaws. So just how good is this game? Well, let’s break it down and find out.

The story follows a dog named Balthazar, whose owner is tragically struck down by a car. As the canine companion lies asleep in the hospital bed, he dreams of a mystical world, where he is guided by his owners’ spirit. This is a really simple story, but I mean you’re playing as a dog in a dream world, so it doesn’t exactly need to be super elaborate. One thing I did really appreciate, was the way in which certain obstacles were constructed, as if specially designed from a dog’s perspective. For example, fire hydrants are the game’s check points, whereas vacuum cleaners are enemy objects that will cause you distress. Everything was very cleverly plotted and it was just intriguing; adding some whimsy and charm to the world building of the game. 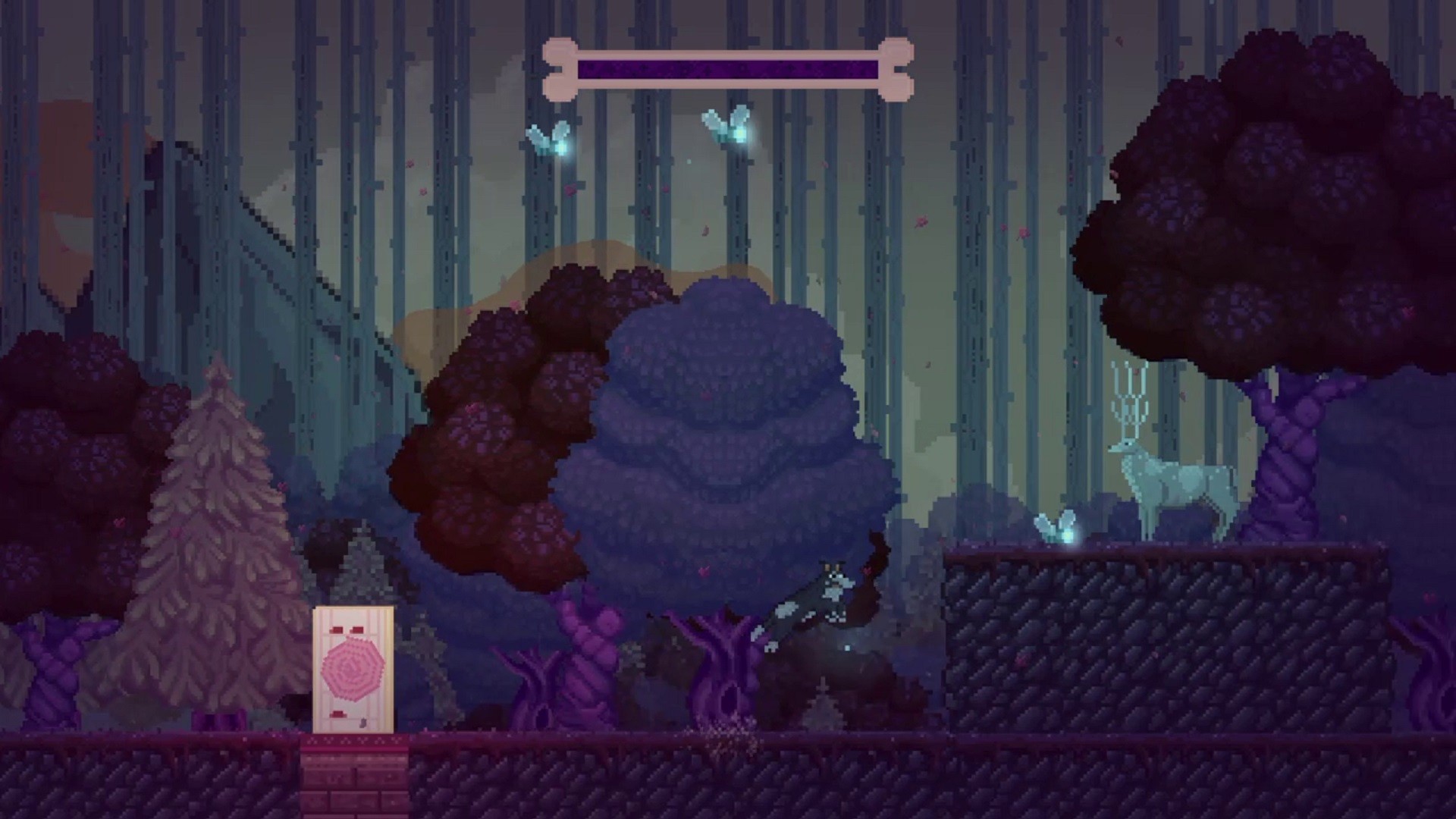 The gameplay is simplistic and easy to grasp hold of, which is in no way to its discredit. The game follows a basic platforming style, that everyone should be familiar with. I did however encounter some trouble with certain aspects of the game’s timing. For example, on certain obstacles, the platform would crumble and you’d have to move on to the next (standard stuff) but I found that the platforms would break away too soon. Balthazar would be about to jump onto the next one and be mid-air and would fall because the platform had already collapsed. A small fault in the coding I am sure, it did not hinder gameplay too much and it did not prevent me from completing the level, but was rather a minor inconvenience.

In addition, a nice touch to the gameplay was the ability to pick your favourite breed of dog to play as, that was pretty fun. Although, if I were to really nit-pick, I would say that it would be interesting to have specific dogs have different stats, for jumping, running etc. As far as I could tell, from the two dogs that I played as on two separate save files, it didn’t make that much difference. However, this may have simply been my play style.

If anyone has read my previous reviews, then you all should know that I am a sucker for 2-D pixelated graphics. I don’t know what it is, but they just make me so happy, despite being overdone within the indie-game circuit now. With that being said, this game is BEAUTIFUL, I cannot stress this enough, this game is visually perfect. Each stage of the game is so impeccably designed, that it looks like something straight out of a triple A title. The concepts for each world are beautiful and it was nice to see the differing factors/enemies/obstacles of each. It kept the game fresh and I didn’t feel as bored from repetitive gameplay as I do with other platforming titles. 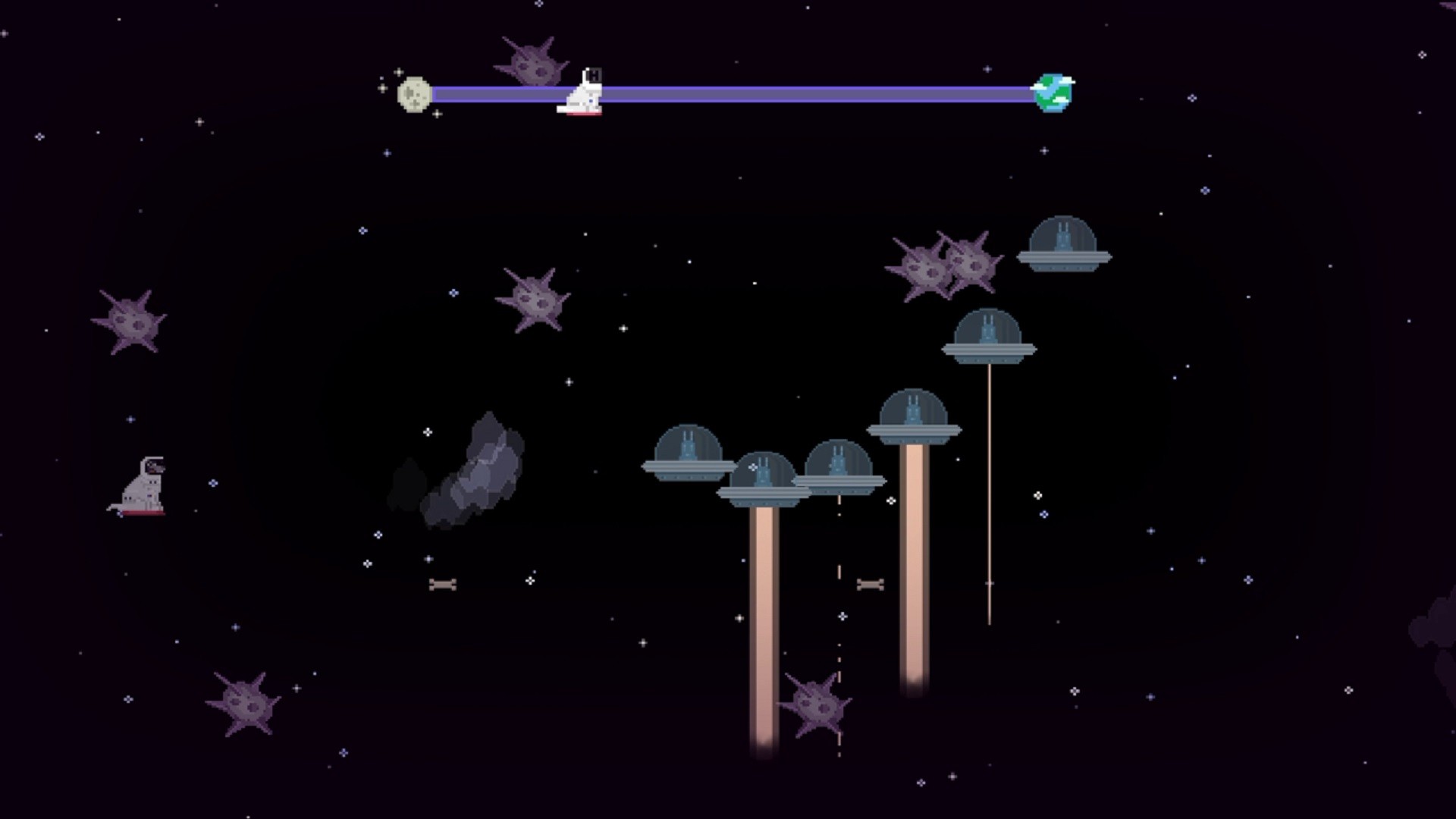 I usually save this section of my reviews for my negative critiques of the game. However, for Balthazar’s Dream I am truly struggling, for there is no great gripe to be had, only the minor inconvenient glitches and further developments I wish were made. So perhaps I better use this section to discuss something that I wish for. And that is that the owner played a more prominent role. Despite being a spirit, I wish that we could perhaps play as the owner and complete other tasks that perhaps differ from the platforming gameplay of Balthazar, perhaps some puzzles or something along that line. Again, this isn’t so much a complaint, as I am struggling to find fault with this highly enjoyable game.

Overall, I really, really enjoyed this game, which very much surprised me, as to be honest I didn’t have high expectations going into it. I commend the collaborative process of Psilocybe Games and Dolores Entertainment, for creating one of the most well-constructed and enjoyable games I’ve had the pleasure to review for this site. Balthazar’s Dream is currently retailed at £7.99 which I truly believe is worth the price. The game is also playable on PlayStation Vita, and even comes with its own theme for your Playstation!

I commend the collaborative process of Psilocybe Games and Dolores Entertainment, for creating one of the most well-constructed and enjoyable games I’ve had the pleasure to review for this site.