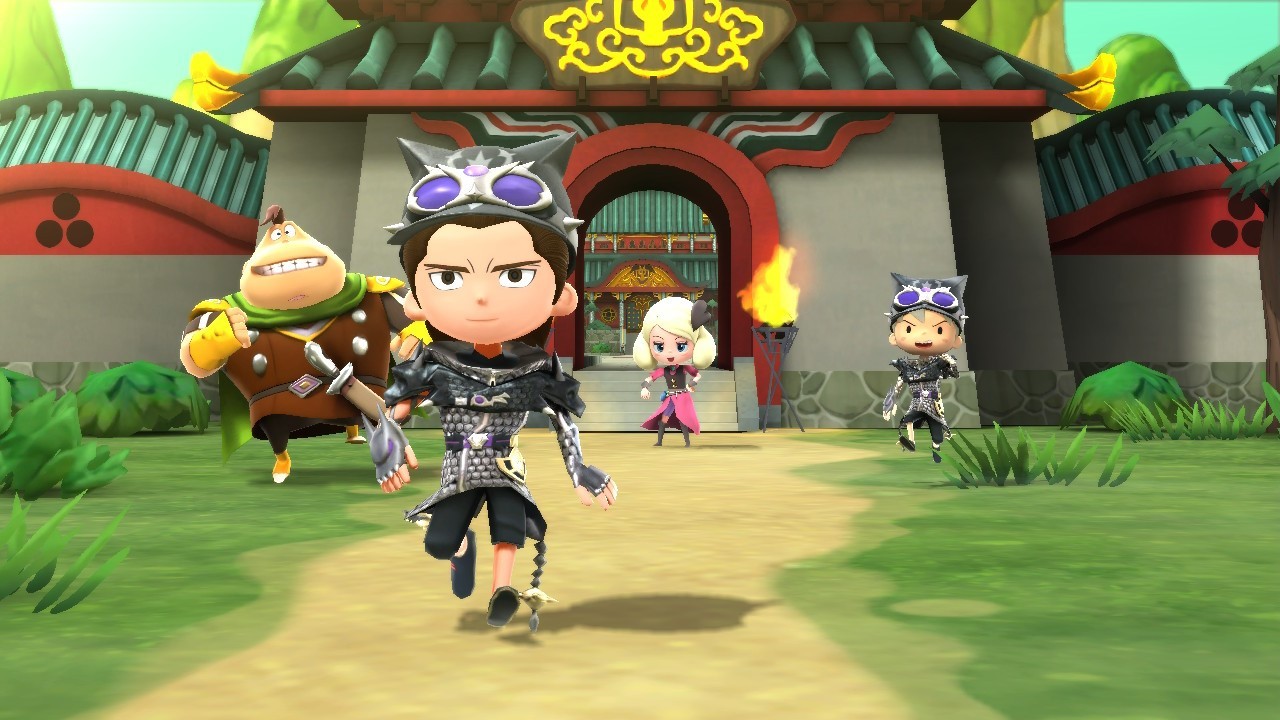 I’ve always had a long fascination with Japanese culture. I’m no expert on it though, I simply admire the way they do things; whether it be historical significance, cultural behaviours or just their charming madcap ways of television programming and video game producing. With that, I’m not fully conversant when it comes to certain trends that may be popular within Japan. Take Snack World for example. I’d never heard of it, until now that is, as Snack World: The Dungeon Crawl – Gold loots a release upon the Nintendo Switch.

Developed by the renowned, Level-5 studios and published through Nintendo, this dungeon-crawling RPG offers something different to the norm; even though it doesn’t necessarily bring anything new to the table. In fact, what it does do, is take little snippets from a number of other, popular game franchises, refines them to perfection, then puts them all back together to produce one hell of a pork chop! (Listen to the theme tune and you’ll know what I mean). The game starts you off with a character creation process with which to make your own fully-fledged hero, before landing you smack-bang into the land of Snack World; or more specifically, the Kingdom of Tutti-Frutti.

This kingdom acts as your central hub and home. Its streets are filled with people, shops, cafe’s, vending machines and quests. It’s here where you are discovered unconscious and, when brought around and cared for, are presented to the king within his grand castle that lies at the fore of the kingdom. With a demanding daughter and maybe, a distant threat, the King asks you to fulfil a variety of tasks. At its core, the game revolves around embarking on a series of quests, collecting loot, buying equities, forming bonds and generally levelling up. In terms of mechanics, you’d have played all of its components before in one way or another. However, where this game simply excels and makes itself stand out from the crowd, is the way the whole thing is presented; creating a unique personality for itself that makes it simply irresistible to play and extremely difficult to put down. 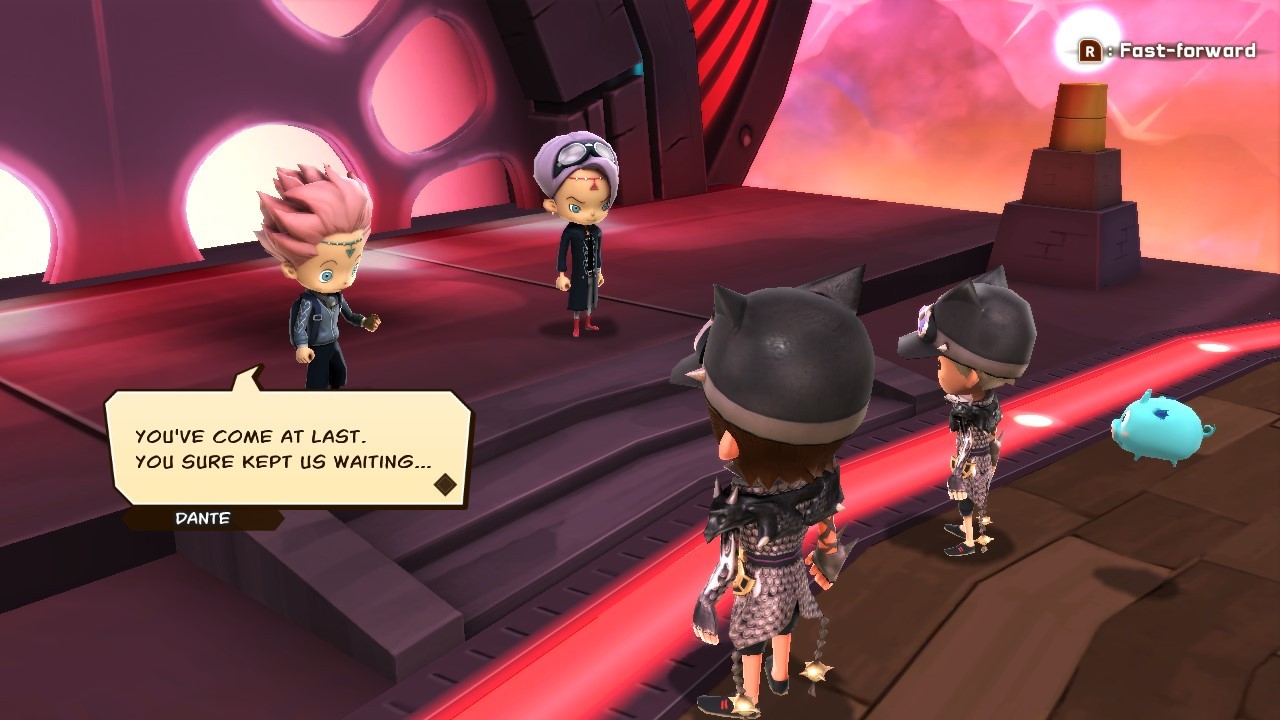 The game is crammed to the hilt with hilarious puns that revolve around role-playing. This is further bolstered by some, incredibly strong, character designs that adds further to the charm of this title. However, this isn’t your standard role-playing game with endless interactions or dialogue, vast journeys across distant lands and random encounters. Instead, everything is presented in a bite-sized way that makes snacking on this tasty game a delight to savour. One of the biggest strengths of this game, is the sheer number of options, choices and elements that are available to you. On the surface, Snack World feels just like a regular RPG that contains a huge amount of repetition, but look deeper and you’ll find a gold mine of constants that forces you to keep playing.

As you familiarise yourself with your settings and options that are available to you, you’ll begin to open further elements within the game. This duly begins with a variety of quests that you can embark on and it’s here where the main core of the gameplay lies. As you venture on quests, you collect huge amounts of loot, both from vanquishing one of the 168 varieties of enemy types and from treasure chests that are found or awarded to you. From these, you can accrue weapons and armour, collect snacks that can be consumed and haul items that can used for materialistic purposes and general appearances. By this, I mean you can craft your own weapons and armour and as you collect more loot, you can upgrade them further to make them stronger and more powerful.

You can also develop as a character too with XP gains and quest adventuring. But like I said, on the surface, this isn’t a game that appears to present anything new or different. Look deeper and you’ll be surprised by what you find. The game changes things on a daily basis. Shop stocks rotate, lotteries (Pick-a-Prize) reset and fashions change. This in turn, not only offers you new items or chances of winning better Pick-a-Prizes in-game (tickets are obtainable through loot questing), but you can also set up your attire, or armour, to fit the current fashion by matching make, colour and style to the day’s trend to give your attributes a further boost. It’s a very clever mechanic and one that keeps the game running freshly on daily basis. This is only one example too, as many other elements reveal themselves throughout progression that keeps you firmly invested within its world. 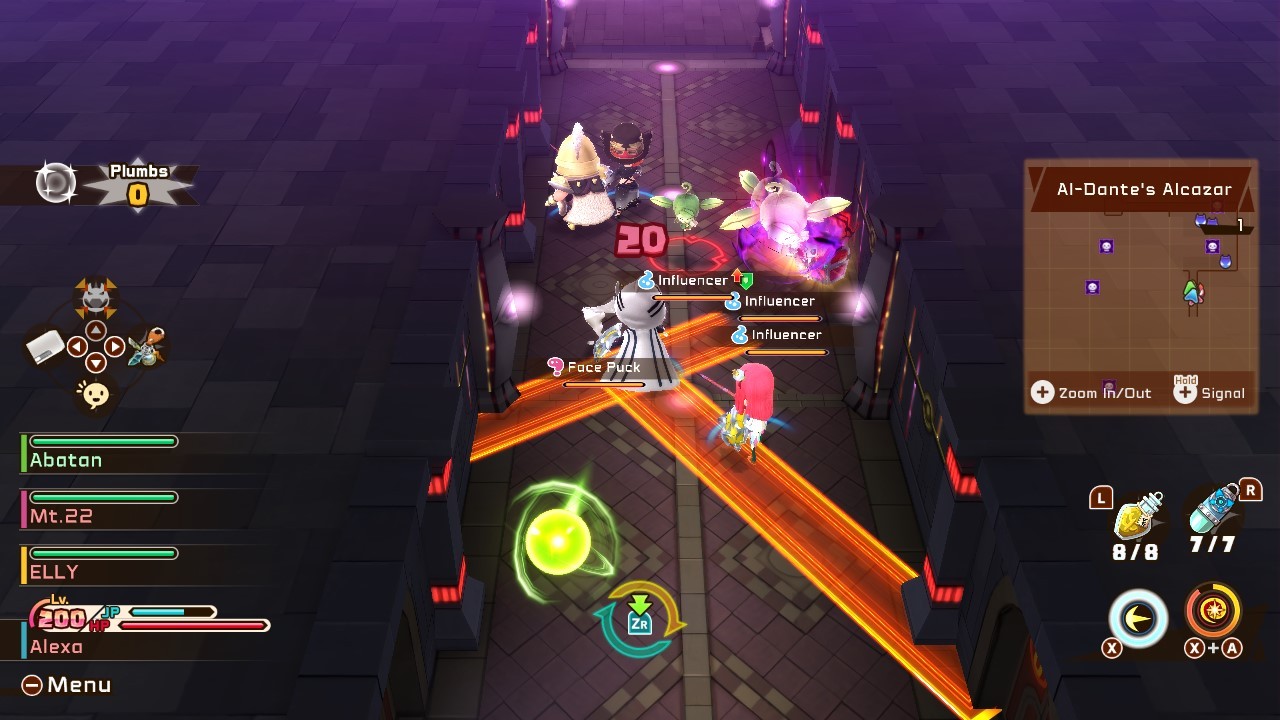 There are simply too many elements to mention within this review; you’ll simply have to take my word for it and experience it for yourself. However, a brief run-through would include randomly-generated dungeons that change every time you enter them, the ability to take monsters and people met on quests with you, a series of in-game accolades and achievements that reward you, being able to switch weaponry on the fly to match your current situation, certain values added to items and weaponry to create specific buffs and so on and so forth. It’s simply staggering, but the beauty is, it’s never overwhelming. Every element of the game, from combat to learning all of its mechanics are so easy to learn, that this is a game that will cater for any skill level of gamer.

One of the biggest jewels in its crown though, comes in its ability to cater for any type of player. Want a solo experience, then there’s a quest for you. Want to bring a friend along on a local co-op quest, you’re covered. However, want to form a party of online randoms and venture forth into random dungeons, then you can, seamlessly. It might seem repetitive running the same quest countless times, but the random generation of each dungeon and constant party builds always produces a different experience from your prior run. What makes this even more alluring though, is that the game runs in, what I can best describe, as a watered-down raid similar to what can be found in larger MMOs. By this, I mean that each quest that is taken, either solo or in an online party, awards a star prize which you may or may not receive. Think of the Gjallahorn in Destiny and it’s that kind of addictiveness that this game possesses. It simply pushes you into re-running prior quests without you even thinking of the word ‘repetition’.

Overall, Snack World: The Dungeon Crawl – Gold is a perfect example of what gaming should be. It’s crammed so full of tasty snacks and morsels, that its stomach bulges with content and addictive gameplay. Don’t be fooled by what you see on the surface, such as picking quests and running through them time and time again, there is simply so much more here if you look deeper into its random dungeons. The more you play, the more addictive elements it reveals and with its daily change around and collective targets, creates a game that you can’t help but play every day. Since installing it onto my Switch, this has become my go-to game and the first to get booted up (and often the only one). Its ability to cater for solo, co-op and online players adds further to the charm of this title and running a dungeon with a load of randoms is absolutely wonderful; especially with its loot and treasure awards as you all hope to win that star prize. So, if you’re hungry for a game that’s going to fill your time, Snack World is sure to satisfy.

If you’re hungry for a game that’s going to fill your time, Snack World: The Dungeon Crawl – Gold is sure to satisfy.