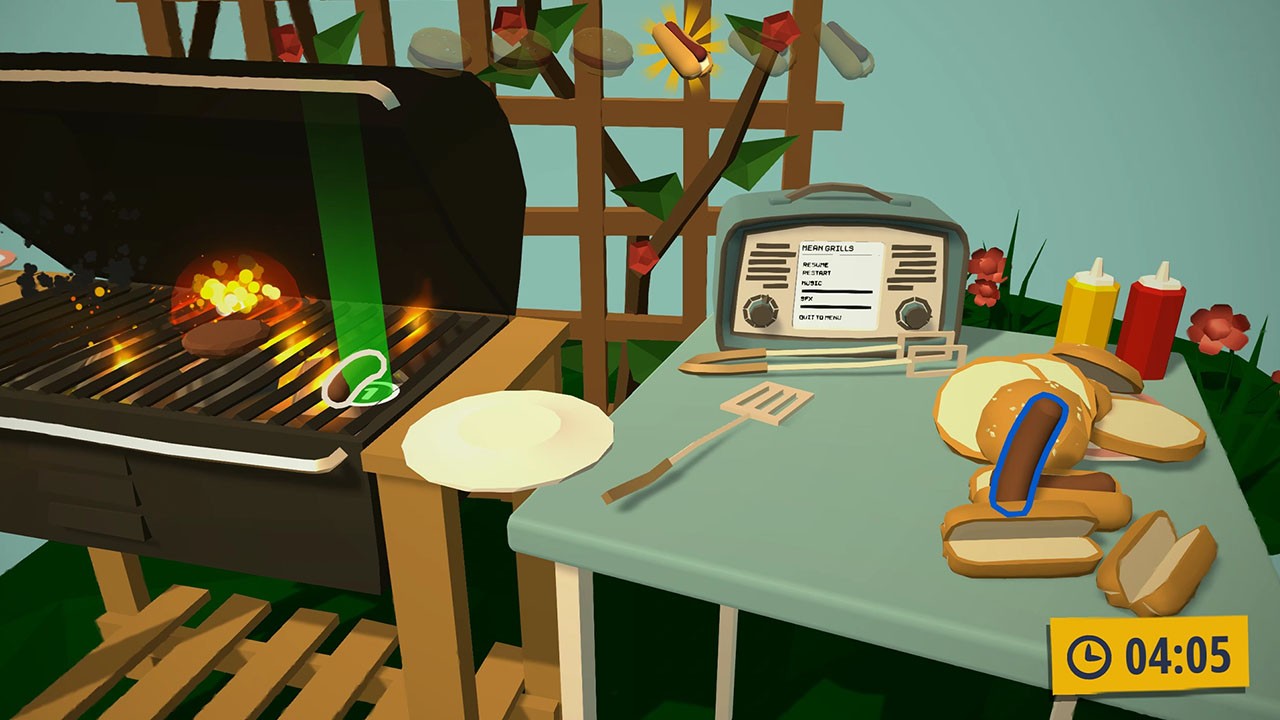 Mine’s avocado on toast with a poached egg, or if I really want to treat myself, then a Full English Breakfast it is. Brunch on a lazy Sunday morning is one of the best times of the week. Indie arcade cooking game Brunch Club uses that to create a hit party game, but only you can figure out exactly what you’re supposed to do.

Imagine Overcooked meets I Am Bread. The latest game from Yogscast and Foggy Box Games, Brunch Club sees you take control of items of food and cutlery to rustle up everything from sushi rolls to hot dogs, and ice cream cones to buttered toast. You do this by moving and jumping your ingredients into the toaster, frying pan or barbecue, cooking, and combining together to produce a meal.

A smorgasbord of different levels are on offer in Standard Mode, each with its own recipes and unique pop culture influenced mechanisms. Game of Cones, for example, takes its cue from Game of Thrones and requires you to constantly adapt to the changing seasons. It adds some much needed variety to the range of recipes on offer; every level gives you something different. Whether you’re trying to put together scones in the back of a speeding taxi, or firing up the barbecue on a rainy day, no two levels are quite the same. 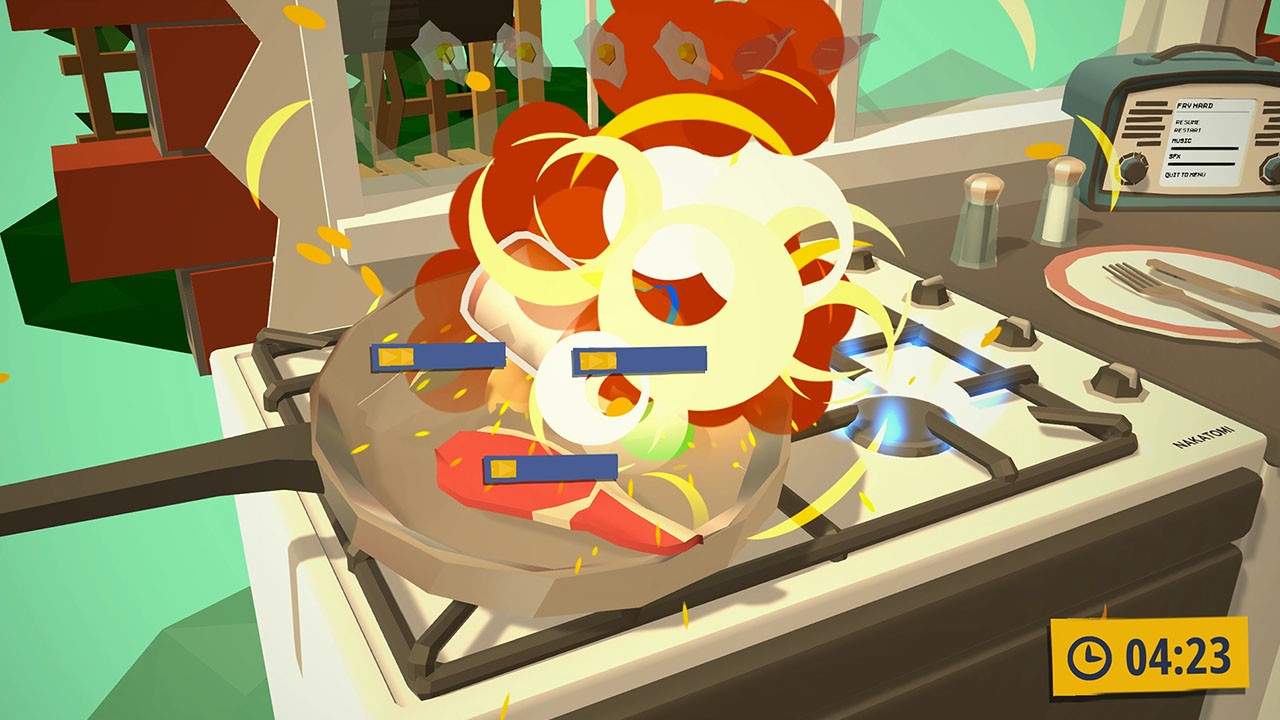 Practice Mode does help you acclimatise to the game, giving you the chance to test out each levels mechanics in a low pressure scenario before you compete against the clock. I really recommend you do so, as it can take a while to adjust to the intricacies. Once in Standard Mode if anything falls off the table then the round is over, which really ramps up the difficulty.

5 Second Rule, you guessed it, adds the ‘Five Second Rule’ to the game, limiting you to touching a surface for a maximum of five seconds as you navigate a course of checkpoints across the map.

All these modes can be played in multiplayer, something which makes them substantially easier. The time pressure doesn’t seem so bad when there’s four of you trying to toast five slices of bread, rather than doing it solo. It’s a party game at heart and, whilst playable in single player, it only truly comes alive in multiplayer.

The designated multiplayer games on offer are the weakest part of the title. Face/Off pits you against your friends to complete the recipe first. Rice Ball Rumble, meanwhile, could be a bit-part minigame on the next version of Mario Party. Each player controls a sushi rice ball and you’re tasked with bashing into one another. It just seems forced, and doesn’t fit in with the rest of the game. 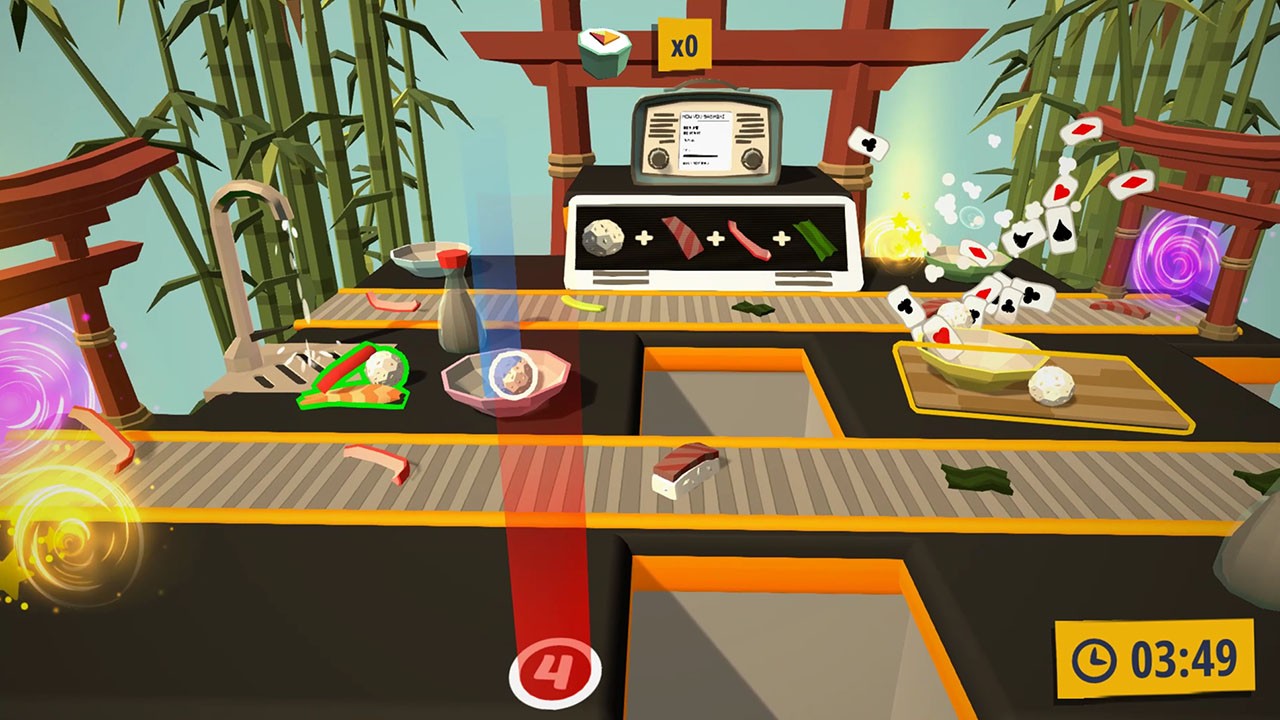 Each level you can come back to again and again – whether that’s to beat your best time, gain more stars on the level, or move up the worldwide leaderboard. The social nature of the game encourages you to try again and, like Overcooked, could definitely cause an argument or two at a party. Plus the controls on the Switch are relatively straightforward and intuitive, allowing you to just pick up and play.

There are similarities too with the cartoony graphics, they’re nothing to write home about but, added to the retro soundtrack, perfectly encapsulates the kooky nature of the game. The music hums on in the background, but some form of game show style narration is desperately needed. Whilst the mechanics are straightforward, when starting a level for the first time the objective is not quite clear, and you could do with something telling you exactly what you have to do.

Once you figure out what’s going on though, you can’t stop playing. Yes, it could do with more levels, but there’s real variety here and plenty of replay value. A great game to snack on, and a real dinner party hit.

A pick up and play hit, Brunch Club’s intuitive controls and simple premise makes it a perfect pick for your next dinner party.