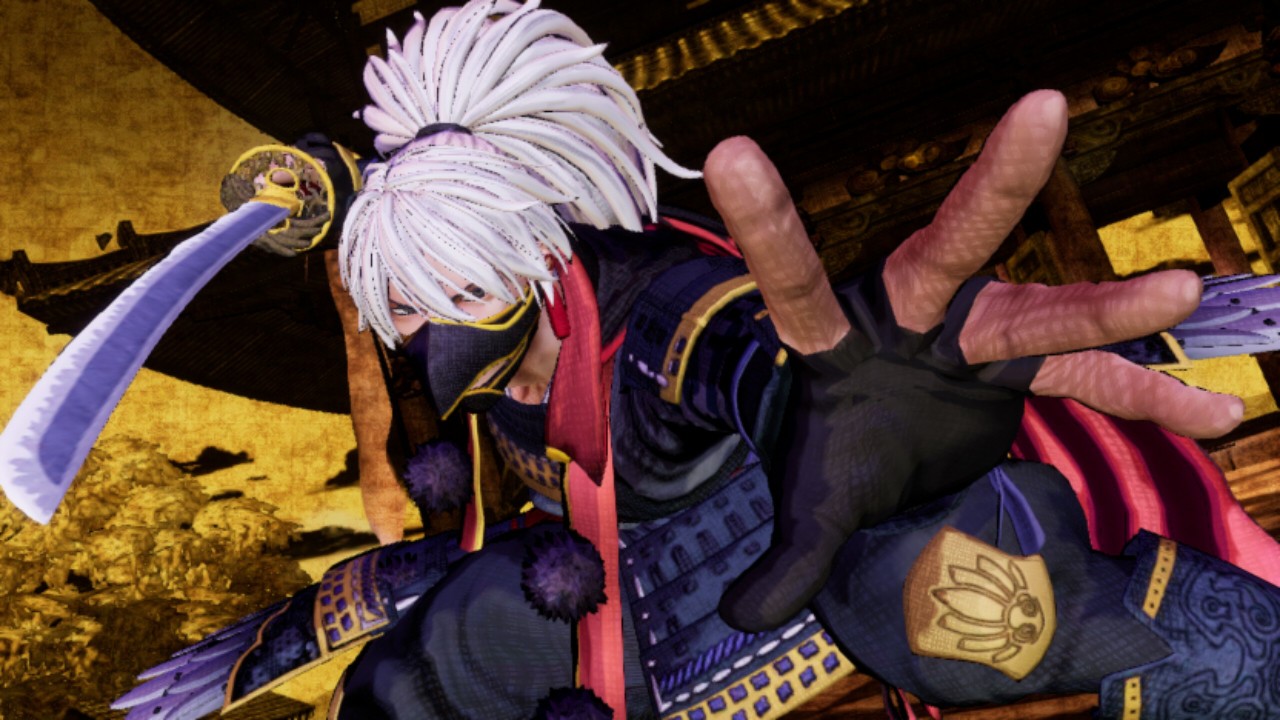 The first thing that many will notice when playing Samurai Shodown on Switch is that it is exactly the same as the one released on Xbox One and PS4 a few months back. I’m sure somebody with more technical knowledge than I could run you through some of the minor differences behind the scenes, but to my untrained eyes, this is the same game that I played on Xbox One which is great, as, well, it was fantastic then, and it remains largely fantastic now.

In fact, by the strength of it being on Nintendo Switch alone, this has to be the best version of the game to date – sure, it doesn’t look any better than it did on PS4 or Xbox One, it doesn’t run any smoother, and rather criminally, it doesn’t include any of the Season 1 DLC, but by being on the Switch, that means that it’s portable, and Samurai Shodown on the go is awesome. Everyone has their own preferences in regards to how they prefer to play games of course (I generally prefer to be sat on the sofa in front of a giant OLED LG), but fighting games feel absolutely ideal for on-the-go gaming. Sure, a giant cabinet and a quality arcade stick can’t be beat, but given the relatively limited living room-based gaming time I have nowadays, being able to practice the finer points of Samurai Shodowns’ fantastic battle system on the way to work feels like a genuine god-send and a very real opportunity to get slightly better when it comes to online battles. I still stink of course, but thanks to the game being on Switch, I stink a little less than I did last month.

As for the game itself – it’s slow, it has little in the way of combos, the battle system in incredibly basic and it’s disappointingly short on features……oh, and it’s also exceptional. Yeah, I should probably mention that it’s exceptional. 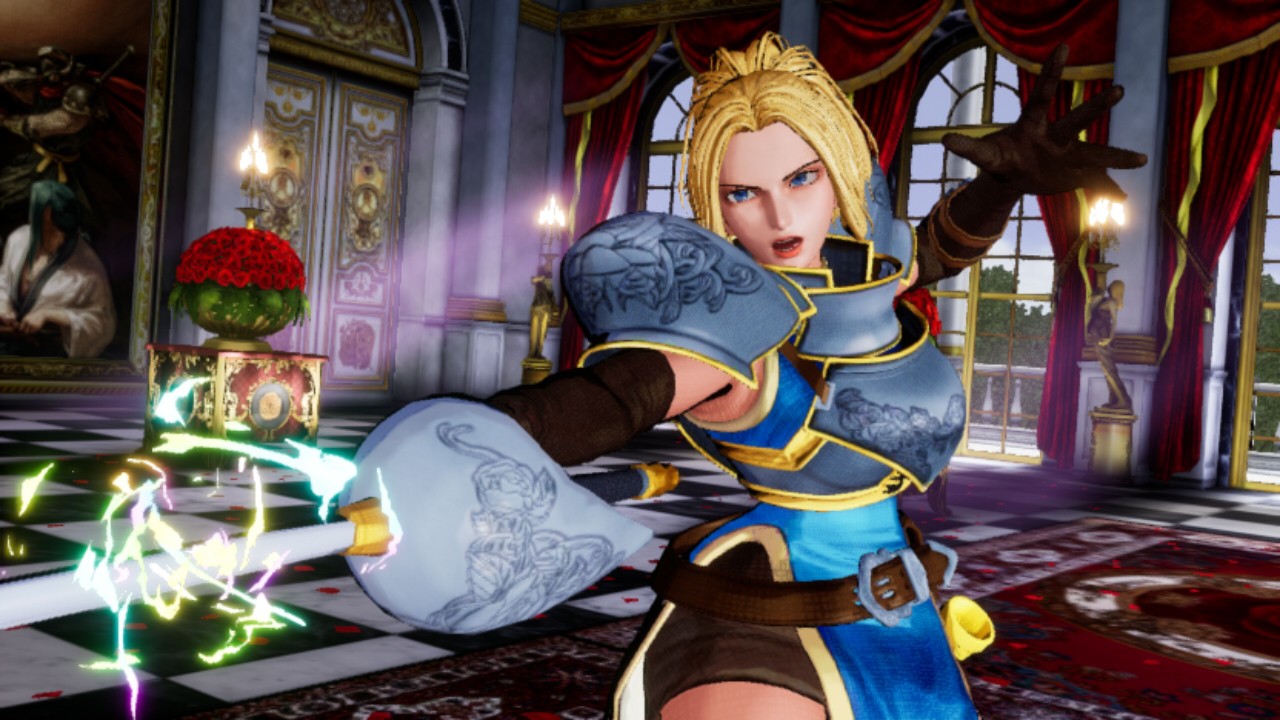 More of a refinement than any sort of evolution, this modern interpretation of the Samurai Shodown formula will feel immediately familiar to fans of the series. Despite a handful of new moves and a subtle but successful change to the art style, this is still largely the same fighter it has always been. With basic low, medium and high attacks combined with a less powerful, but much faster, kick move, Samurai Shodown remains a fighter that is all about managing distance and carefully picking your moment.

There are still special moves of course, and these do help to distinguish the games’ limited but impressively unique cast of 16 fighters (with plenty more available via the aforementioned, but sadly not included Season Pass), but like the rest of the game, they are all linked to the huge sense of risk and reward that comes from each and every attack. Ranged attacks do help to manage range, but showy, special strikes, while visually impressive and very effective, invariably leave you hopelessly exposed if they go wrong. 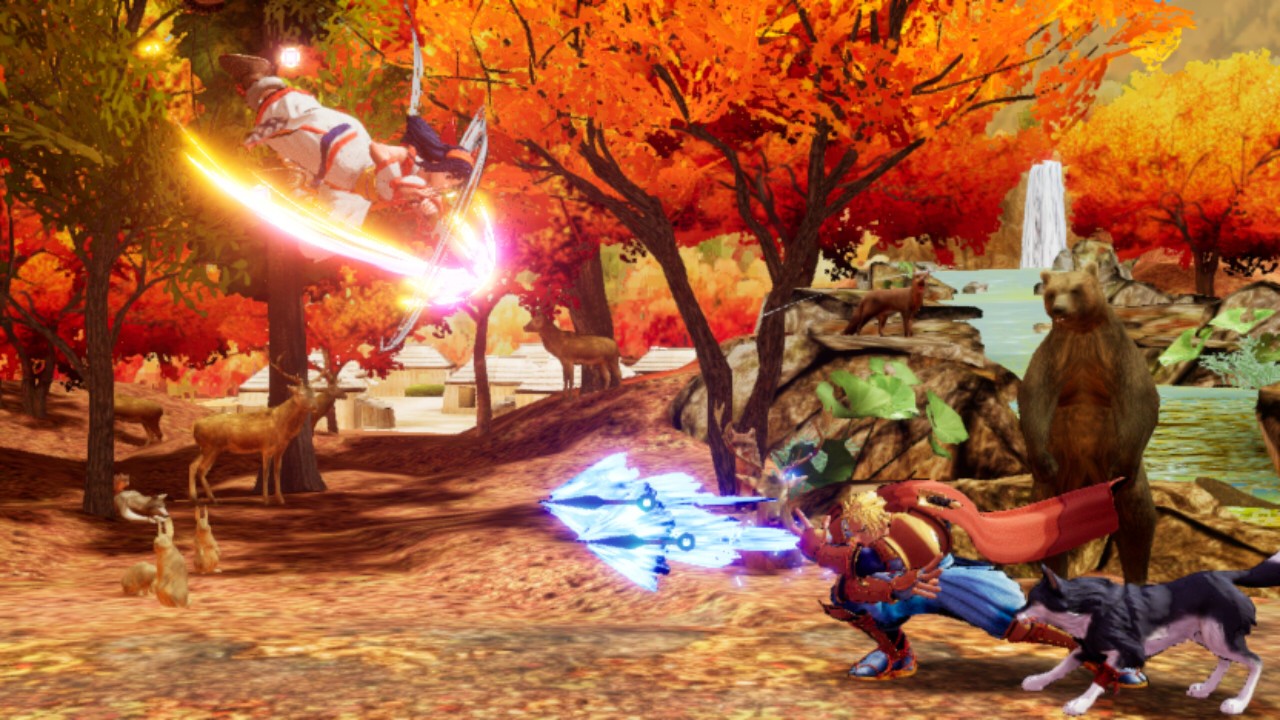 Like the gorgeously realised Lightning Strike attacks, Samurai Shodown is imbued with stylistically bold presentation throughout. It might not be the most technically impressive fighter from a visual perspective (something that has obviously allowed for a relatively straightforward Switch port), but due largely to its commitment to both Japanese history and Japanese artistic design, it still manages to stand out from the crowd. Close to the strong lines and painterly style used in Street Fighter IV, Samurai Shodown’s visuals are bold, effective but immediately recognisable. The characters, while slightly updated, are still based largely on the classic 90s design, and honestly, it’s all the better for it. It might lack the visual wow factor of Dragon Ball Z  or the technical prowess of Mortal Kombat 11, but by keeping things relatively simple, the visuals match the games’ ethos, creating a clean, easy to understand fighter and one that puts effective mechanics above all else.

There have been no changes of note for the Switch release, but the fact that it is now playable on the go arguably makes this latest version the best way to experience this fantastic re-imagining of a genuine 90s classic. It might lack game modes, and the slow, deliberate pace might not be to everyone’s taste, but for fans of the series, this will prove a hugely successfully return to one of the 90’s premier 2D fighters. Despite a handful of well-implemented refinements and a carefully considered change to the game’s art style, this is Samurai Shodown as you remember it, and it really is as fantastic as ever. It’s unique mechanics and truly devastating attacks make this one of the most approachable fighters on the market, but like the best fighters around, the simple mechanics hide a wealth of carefully constructed depth.

Despite a handful of well-implemented refinements and a carefully considered change to the games’ art style, this is Samurai Shodown as you remember it, and it really is as fantastic as ever.