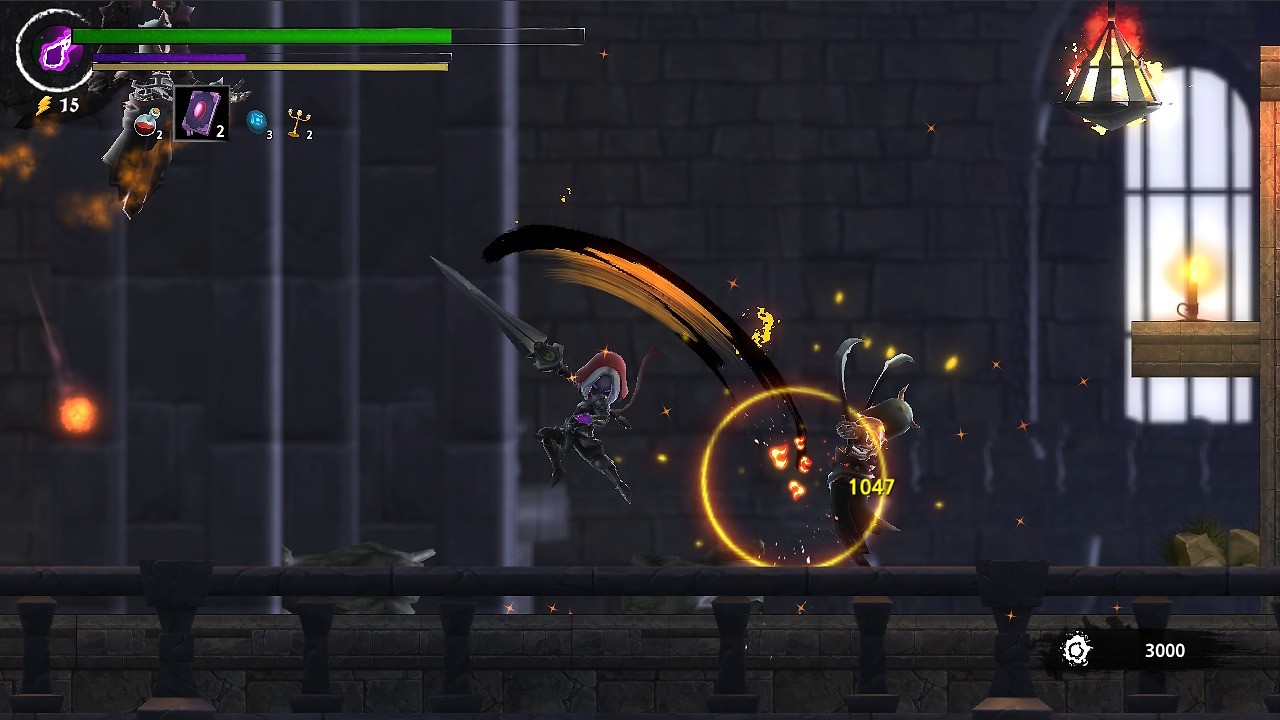 Tired of Dark Souls clones, rogue-likes and retro-type platform games that have inundated the Nintendo Switch? Me neither! But still, it’s nice to have something a little different that stands out from the crowd. Enter 3000th Duel. Without a doubt, 3000th Duel is one of the best games in this genre. It has all the telltale signs of the above criteria, yet there’s something about it that is incredibly enjoyable and, dare I say, addictive.

3000th Duel is a bit of a slow burner, as it would be fair to say that this is a grinding type of a game for the average player. All you uber gamers could probably speedrun most of it. Still, generally speaking, it wouldn’t be unexpected to go back and forth killing a few lower-level enemies to boost your stats a little higher, giving you a fighting chance against some of the bosses in the game. But we’re getting ahead of ourselves, what’s 3000th Duel about? It’s a bit of a cliche, but you are a hero without any memories and only find out more about who you are by unlocking new areas and items to revisit your powers and identity. What we’re talking about here is an action-adventure game with RPG elements to unleash the power within.

The controls make a difference here as navigating your character about is quite natural. Jumps are relatively smooth, attack animations swift and the mapping for all the various abilities don’t require the dexterity of a left-handed double-bass player. As a platform game, the moves are simple – B for jump, Y for attack. Early on in the game, you can unlock a charge attack by holding down Y for a length of time. You can carry two weapons at one time so pressing the L button will swap them around on the fly without having to go to the pause menu. Also, like Dark Souls, your inventory can be used via the d-pad, and you can set up hotkeys in the menu for items you’re most likely to use. Oh, you can also dash across the screen. It’s the equivalent of a roll as it uses stamina and moves out of the way of an attack, but rather than a clumsy forward roll animation, it’s like playing The Flash. 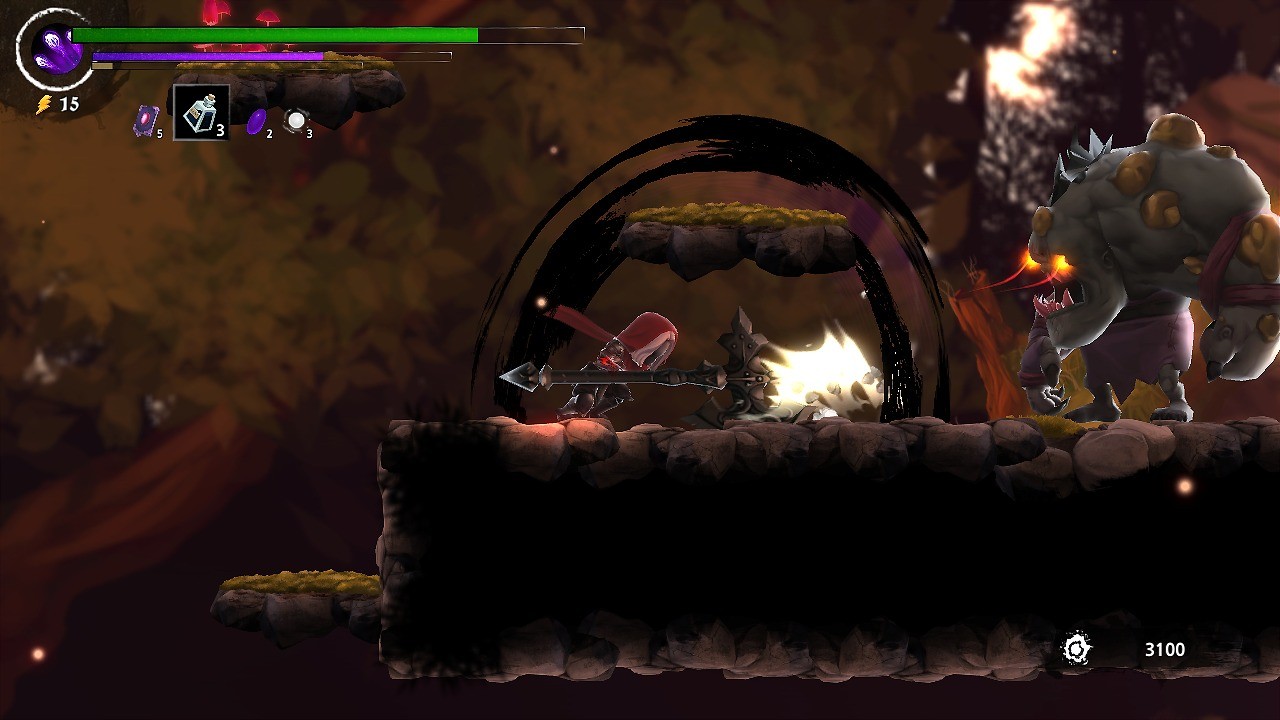 In 3000th Duel, you have two special abilities; the mortal blow and occult. With mortal blow, you perform a devastating move to finish off an opponent but can do it at any time. It does use resources, however, so you can’t spam it on the bosses; otherwise, it would be far too easy! The other ability is your magic, entitled occult. You can equip one or two spells as you would a weapon and switch between your choice by pressing L1. As dash uses up your stamina, so does mortal blow and occult use up your magic power. Your gauge is renewed each time you die, or you can collect items to use during the game to refill health, magic and stamina.

Throughout the areas are statues to save and level up. As you approach them, you hit up on the left analogue stick, and they swirl up from the ground either allowing you to save your progress or level up. A note on the interaction; when you press up, the camera moves with you so at times you’ll find an NPC to interact with, and as you press up, the screen moves with it. It’s an unusual experience – it doesn’t ruin gameplay, but it would have perhaps been easier to have pressed something like A when relatively close to someone that you need to interact with. While the areas don’t get too samey, you can get a little confused where you are going. You do have a map that will overlay the screen with a quick press of L2. It serves the purpose but nothing special.

Jumping back to the save areas and levelling up, each time you can level up your character with karma; obtained through killing enemies. 3000th Duel is a little basic when it comes to statistics as you can only level up for attributes: vitality, strength, mind and activity. They’re all based on common sense, i.e. how much health you have, how hard you hit and magic ability. With the activity attribute, this will boost your stamina, which affects your hit and run tactics and dash proficiency. While you can only alter those four areas, your other stats will automatically change – for example, your attack, defence and occult power, elemental attacks and resistances and how likely you are to find decent loot. 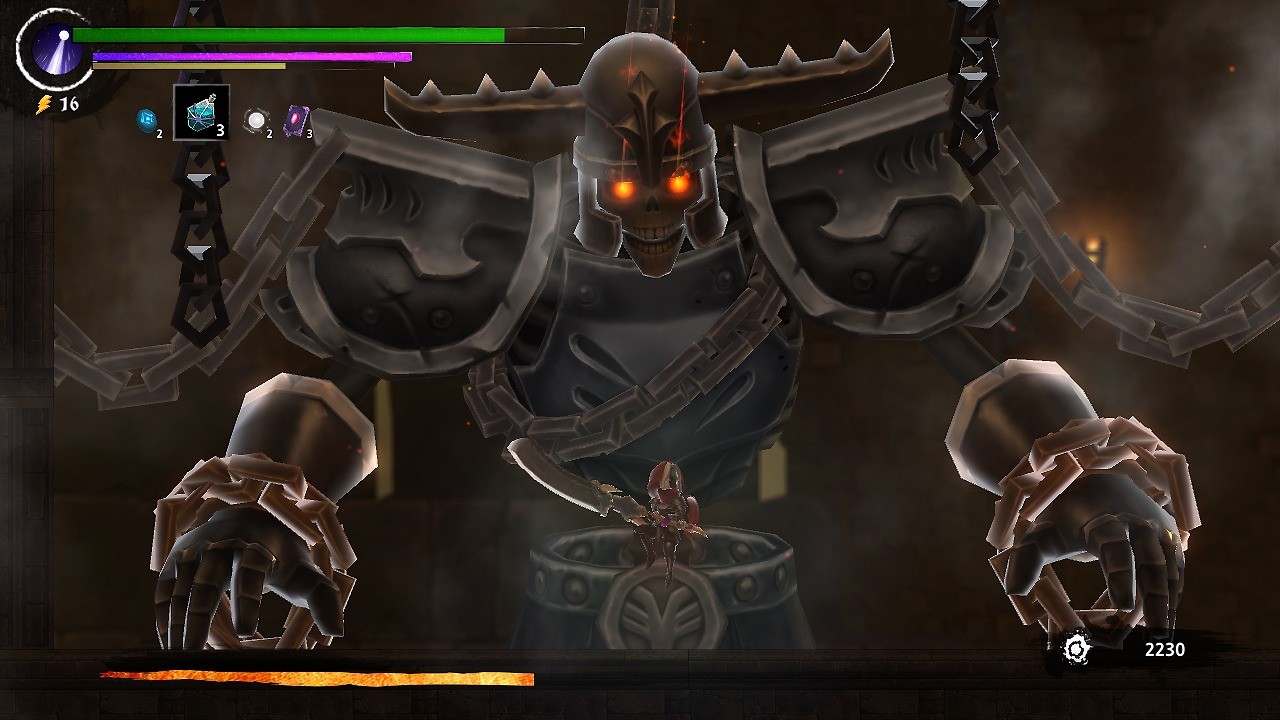 While the customisable stats are limited, that doesn’t mean 3000th is a light title as you have a further skill tree to work on. Each time you explore the world further, level up to some degree or even beat a boss, you’re awarded seal breaker stones. When at the level up statue, you can upgrade individual sections to improve your skill. It is a bit of a linear process though as you have to progress further in the game before you can unlock all the abilities; equally, you have to more or less level up all the other sections too. It defeats the object a little on being able to have an actual path to unlock as it’s mostly you unlocking everything, one part at a time.

The imagery in 3000th Duel is great, from the lighting effects to the way your character moves. You emit a glow from her eye that lights up the numerous dark environments you explore, plus the number of projectiles that are fired at you make it feel like a rather pleasant indoor firework display as long as you don’t get hit. Enemies are varied, and you don’t see the same creatures all the time. The bosses in 3000th Duel were classic of this type of genre; immediately overpowering, but once you learn their attack pattern, and perhaps levelled yourself up a little, they become easier to beat without too much controller throwing.

There’s a lot of depth to this game, and I thoroughly enjoyed playing and unlocking the memories, skills and levelling up of my character. 3000th Duel doesn’t feel as difficult as other similar titles, and despite initially losing karma when you die (though you can go back to collect it), the game doesn’t punish you so harshly for your mistakes. My biggest criticism if anything would have to be the platforming sections in a few areas. While the controls are responsive, my character did feel a little floaty at times and adding a bit of aftertouch to ensure I didn’t become impaled on a spike or two, happened a little more than I’d like to admit.

An RPG platforming action-adventure game that I didn’t once use the term Metroidvania. Ah. A great indie title if you’re up for a grind and a little repetition, though the visuals and score are a delight and well worth the experience.