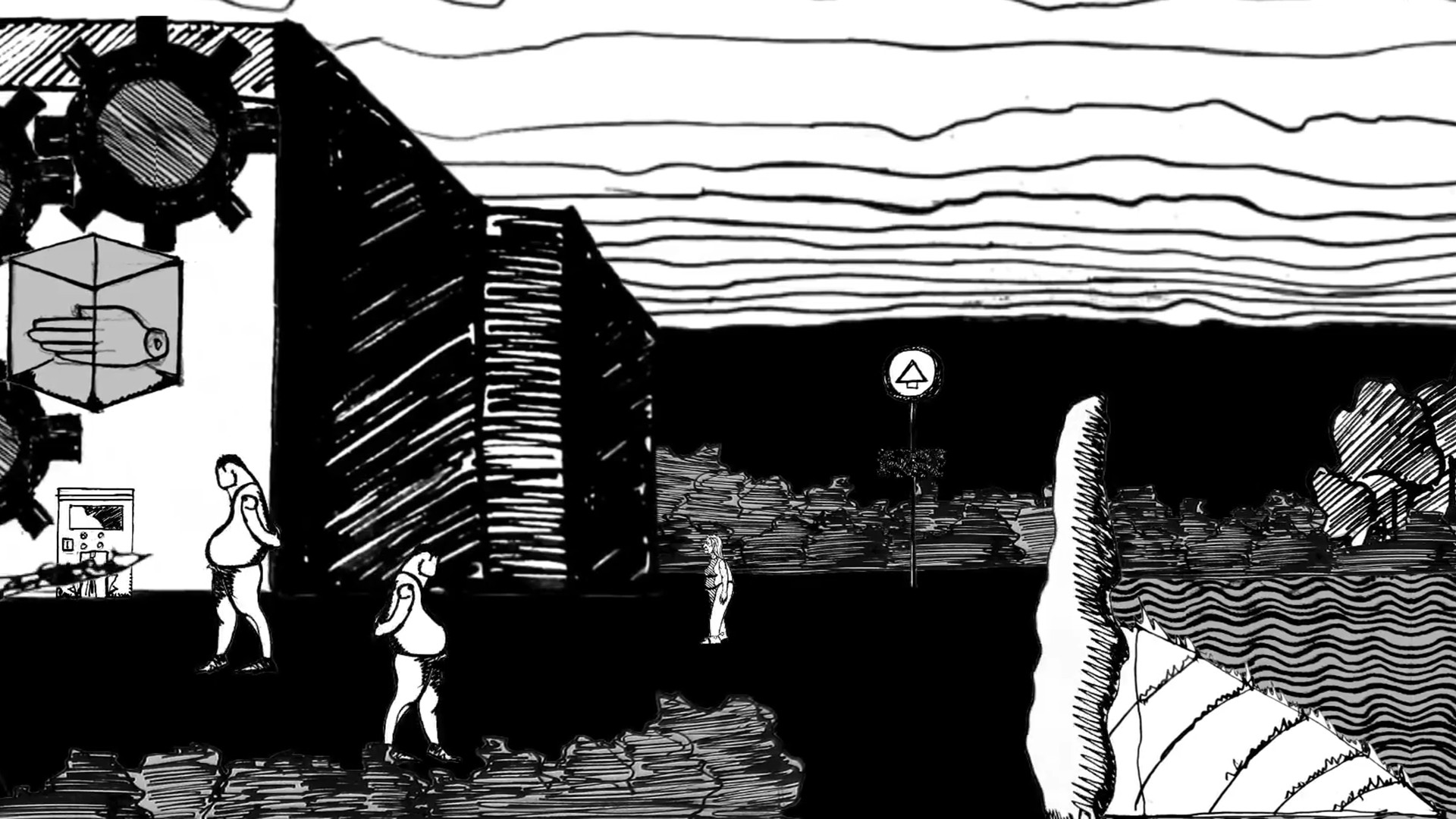 Whilst there are many games that cover historic wars, you don’t tend to get that many titles that are set within recent political events. In more recent times, games like 1979 Revolution: Black Friday and Massira have allowed you to play out a situation within a real life political event. Maybe the reasons are political why we don’t get to see more titles concerning these kinds of recent events. Vasilis is set during Ukraine 2014, a period for Ukraine I don’t think is that well known to people outside of Ukraine.

You play as Vasilis, who has lost her husband Peter in the city centre where there is now rioting. The city has plunged into chaos and every day something is either getting burned or another life is lost. Due to being abandoned by the government, the city centre has been taken over local workers and students who have built four towers that bring back people from the dead. In regards to what real life events happened in Ukraine at that time, there were many demonstrations by the Ukrainian public which in the end led to the Ukrainian government being overthrown and the president at that time being removed from post. Vasilis deals more with the personal story of Vasilis, but the bigger picture is there in the background. 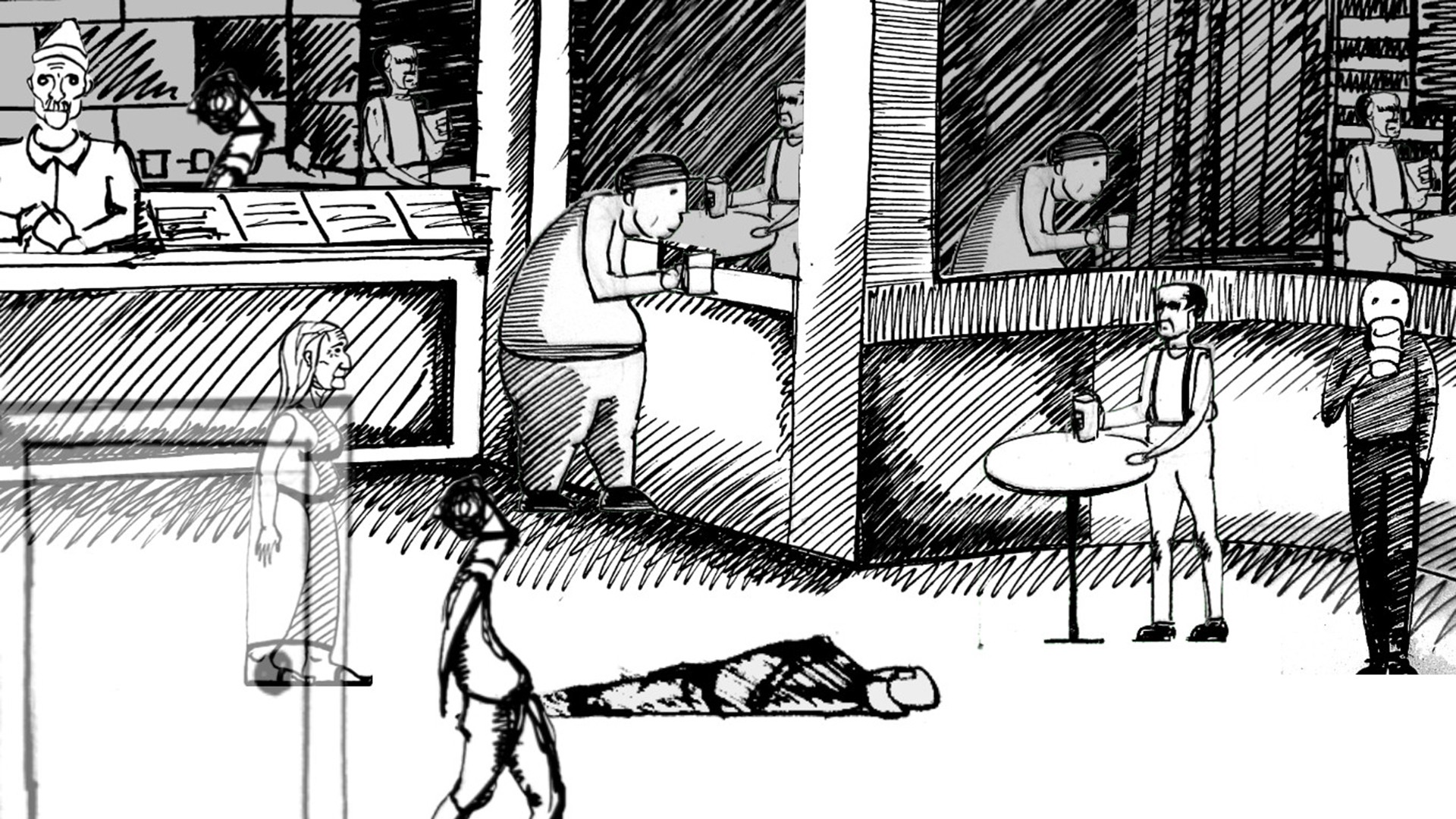 Vasilis is a 2D hand drawn side scrolling adventure game, a game that is hand drawn in black and white. You very slowly visit various areas dotted around the city to push the story along. In terms of interaction you can talk to plenty of the inhabitants of the city but most of the time you will be involved in fetch requests which will require you to backtrack a fair bit. After a while things get more surreal giving the impression that Vasilis is slowing losing her mind trying to find her husband. As mentioned earlier the pace of Vasilis is really slow, too slow to be enjoyable which is a shame as it has a detrimental effect on your experience. There are 5 chapters to get through in Vasilis, the less than pedestrian pace of Vasilis makes it feel like a lot longer. 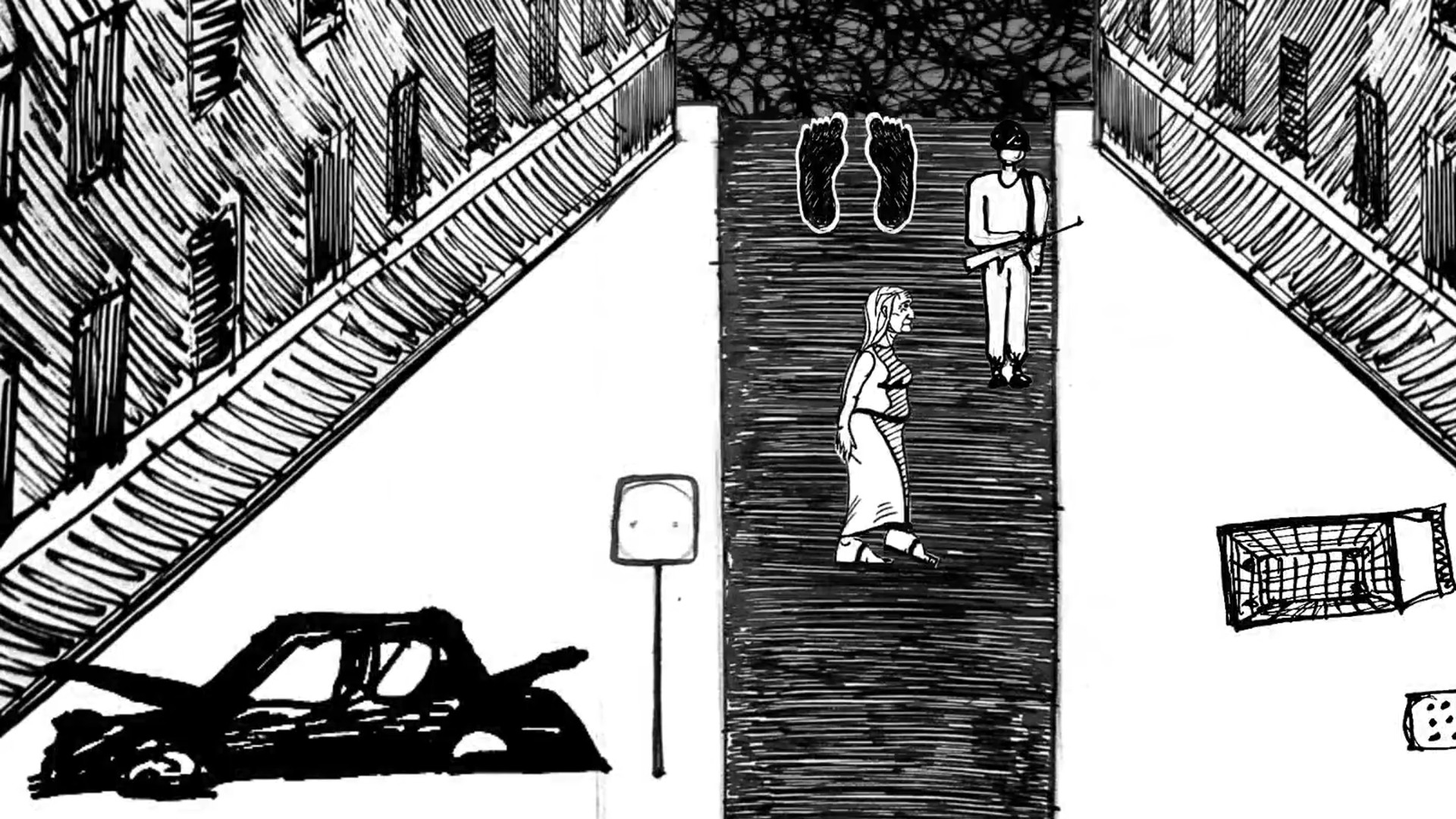 A pressing issue with Vasilis is the lack of direction in regards to where you need to go and what you need to do. There is a journal you can refer to but it doesn’t have a great deal of information besides tasks that have been completed and details of conversations. Considering how surreal the whole situation and how slowly you move around, some better direction in regards to what to do next would have been beneficial. Visually Vasilis looks fantastic, the level of detail and quality of the hand drawn scenes are exceptional, maybe that’s the main reason the pace of Vasilis is so slow, so you get more time to appreciate the graphics. There are many unnerving scenes which you walk through and that feeling is presented successfully by the artwork. In terms of music there isn’t much, although what is present adds to the tension and anxiousness that Vasilis is trying to portray. Vasilis is not a long game and can be finished in about an hour, unfortunately there is no reason to go back and replay it.

Vasilis is a surreal experience, an experience where you may actually learn a little about how the general public can change things if they are unhappy with their government. The biggest issue with Vasilis is the pace of it, there are lots of fetch quests to move the story along but it simply takes too long to move around the at first confusing map. There are some intriguing elements in Vasilis whilst the black and white colour scheme is a sight to behold but there just isn’t enough pull on the story to keep you interested for long before your enthusiasm begins to wane.

Politics and games rarely mix, lets see if Vasilis can bring them together……………