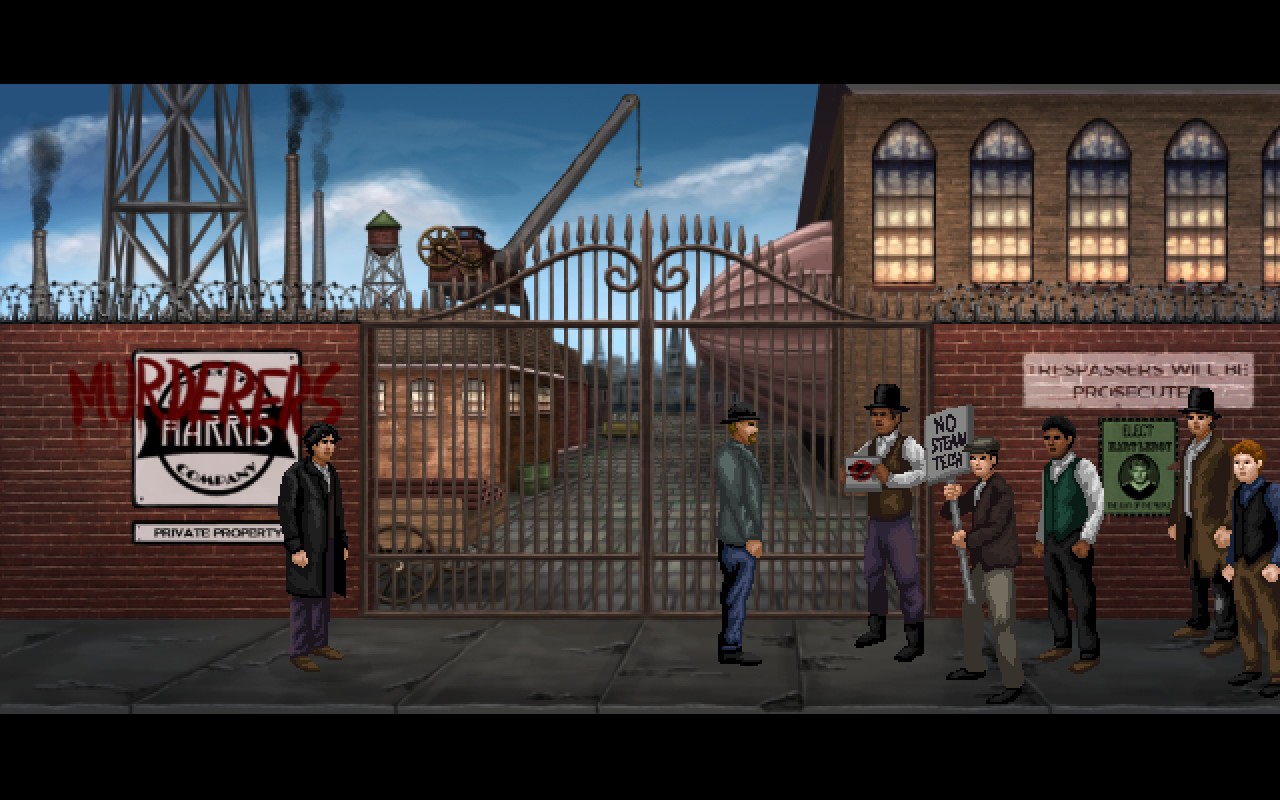 It’s no secret that adventure games can be a little underwhelming sometimes. By their very nature they are paced slowly, and most of the time you have to be in the mood to play them. Lamplight City by indie developer Grundislav Games is a point-and-click buddy-cop crime caper that defies this notion completely. Set against the backdrop of a steampunk world, its retro pixel-art style brings environments and characters to life with a combination of retro graphics but modern sensibilities; providing a nearly faultless experience from start to finish that will hold your attention like few other games in the genre.

The premise alone will perk your ears up. You are Miles Fordham, police detective in an alternate reality, Victorian-esque steampunk world. After arriving at a flower shop for a routine burglary investigation with your long-suffering partner, Bill Leger, things quickly go south. An altercation with a mysterious individual results in Bill’s death. But it doesn’t stop there.

Some time later, you stand in your bedroom at home, a disgraced former detective turned private investigator. Except now you can hear your now-dead partner talking to you — and you can talk back. It becomes quickly apparent that Bill isn’t leaving unless you catch his killer, because, you know, unfinished business from beyond the grave and all that.

You still have a friend on the force, however, in the form of Constance Upton. She still feeds you cases, and this is how Lamplight City’s gameplay is structured: you investigate cases, all the while hoping that it gives you a lead on Bill’s killer. Touted as “a game where it’s okay to fail,” there are multiple approaches and outcomes to each case, and the evidence you gather — and actions you take — affect its outcome. This rarely results in a nice and neat wrap up, leaving you often wondering whether you found all the clues or made the right decisions. 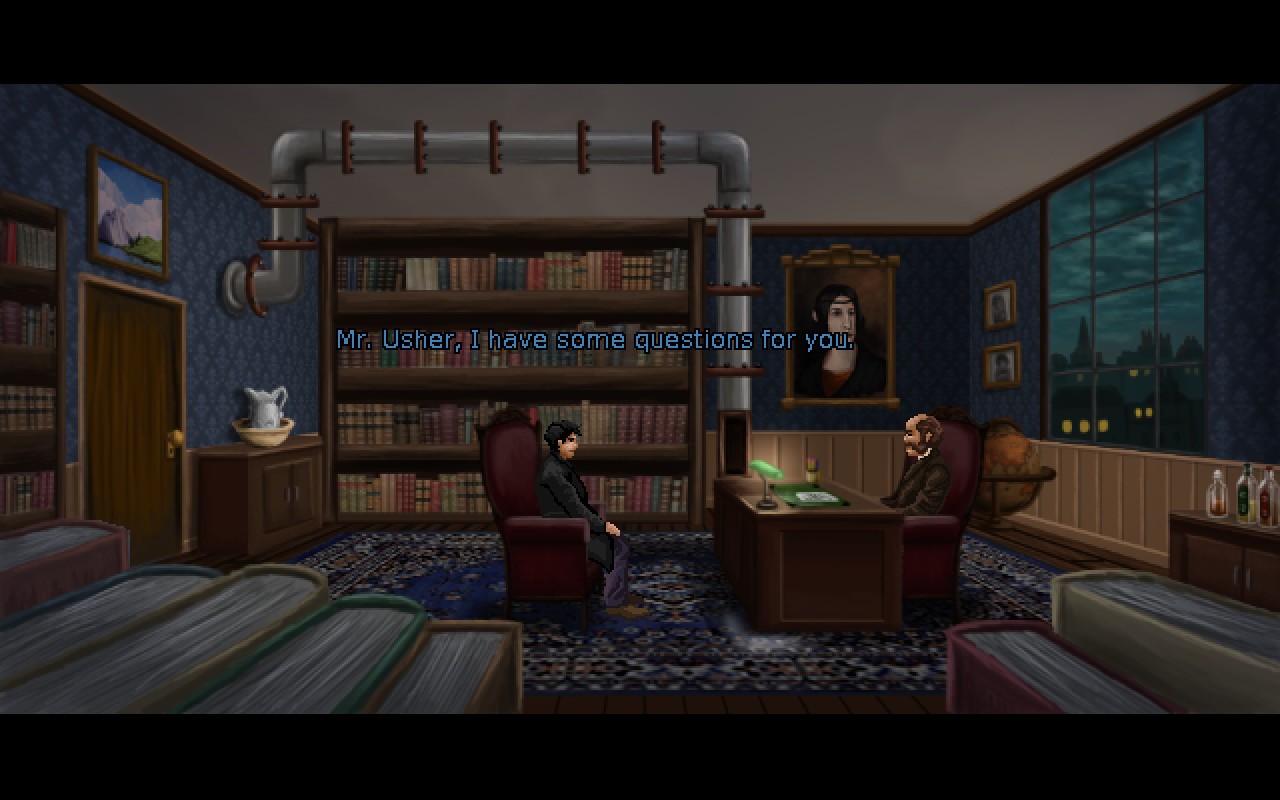 At any point, you can choose to speak to Upton and end the case when you think you’ve solved it. That is, you can take things at face value to move on, or you can spend the time digging deeper into more suspects. You can pose questions to individuals, and based on what choices you make they can tell you the truth, lie, or simply not answer. And sometimes the obvious or “correct” questions are not the best way to get the answers you’re looking for. Meet someone scared of something, for example? Threaten them with their phobia and watch the answers flow.

There are some issues with this approach, though. On the whole, there aren’t that many cases to solve, and sometimes failing puzzles will stop your investigation into other suspects. For example, in one instance you can gather enough evidence to say who the culprit was with certainty, but failing an environmental puzzle means you are locked off from progressing this lead any further. It can feel as if you’re being short-changed because the decision is so binary. A more nuanced option that reflected this could have cleared up these little annoyances. However, while it would be nice to have your mistakes not be so final, that’s part of what makes Lamplight City so compelling — everything you do matters.

These cases are delivered against the backdrop of Lamplight City’s world. Specifically, the city of New Bretagne; more broadly, the year is 1844, and we are at the onset of a steampunk revolution in a world where the North American colonies never rebelled against the British Empire. It’s also a world that deals with real issues: racism, sexism, classism, homophobia, abuse are all topics that you will encounter on your journey, as well as those affected by the adoption of steam as a source of power.

The world is fleshed out in many passive ways, such as through newspapers you read that relate to cases you’ve tackled and other emerging events. In later cases, you encounter characters from earlier cases in places that were alluded to but never visited, and other times you encounter those affected by previous decisions you made, giving a true sense of lived-in world. Lamplight City’s world-building is so good that it manages to feel like an RPG. Point-and-click games can struggle with keeping their audience’s attention, but that’s just not the case here. 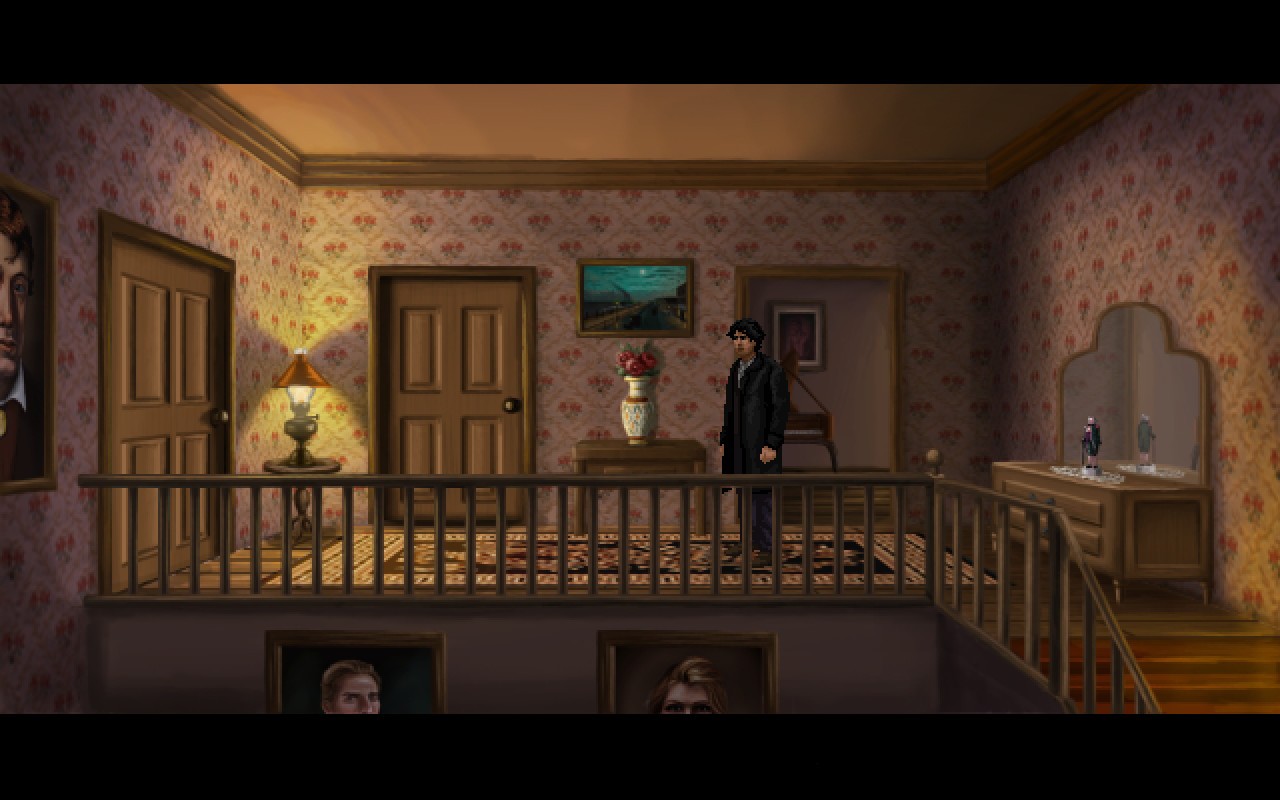 Characters in New Bretagne are three-dimensional. They have flaws, vices, and histories of their own. The nuanced representation of people here also shines. More than just stereotypes, the denizens of Lamplight City’s world come in all kinds of unique shapes and sizes — a mean feat given the game’s pixel-art style. And you really start to become attached to the characters in ways you just don’t in other games. For example, Adelaide, your wife, becomes someone you actually look forward to coming home to and conversing with. This character depth is also a factor when questioning people, as their facial expressions give away their lies and emotions, and their motives are often multifaceted.

There is a real sense that the characters are intertwined with every other aspect of Lamplight City, too. Our protagonist, Miles, is addicted to soporific, a sleeping aid that he takes so that he can stop hearing Bill at night. Another example of this is when Miles gets advice from someone who tells him that alcohol quiets the voices, a point that is elaborated on in a cutscene, although it is entirely possible to miss this advice altogether. It’s these small details that make the experience so compelling and unique.

The variety of puzzles is fairly narrow for an adventure game, being mostly mostly reading, investigating, and talking. This won’t light your world on fire if you’re looking for swashbuckling action, but those looking for a more cerebral thriller will delight Lamplight City‘s thoroughly detailed world. There are some minigames thrown in here and there that provide a welcome change of pace, but don’t expect a lot in the puzzle department. This is an adventure with a firm focus on narrative and world-building. Much time will be spent listening to what individuals have to say, finding items in the environment, and deducing the clues to find the suspect of a crime.

There is so much to love about Lamplight City that it’s hard not to recommend. If you have a particular aversion to point-and-click adventures, then you probably won’t find the gameplay engaging. There are also some small niggles that stop this reaching absolute perfection: there aren’t all that many cases for its ten to twelve hour play time, and a more satisfactory way to wrap up cases would be welcome in certain instances, but there’s so much to enjoy that it’s hard not to overlook these small issues. It is so rich and original in its characters, premise, and story that it enthralls completely. Combine this with a world that is so well-realised, and it’s a marvel that it was made predominantly by a single person.

A mesmerising adventure through an original steampunk world, Lamplight City is an almost perfect crime caper that will be enjoyed by all but those with a particular aversion to the point-and-click genre.