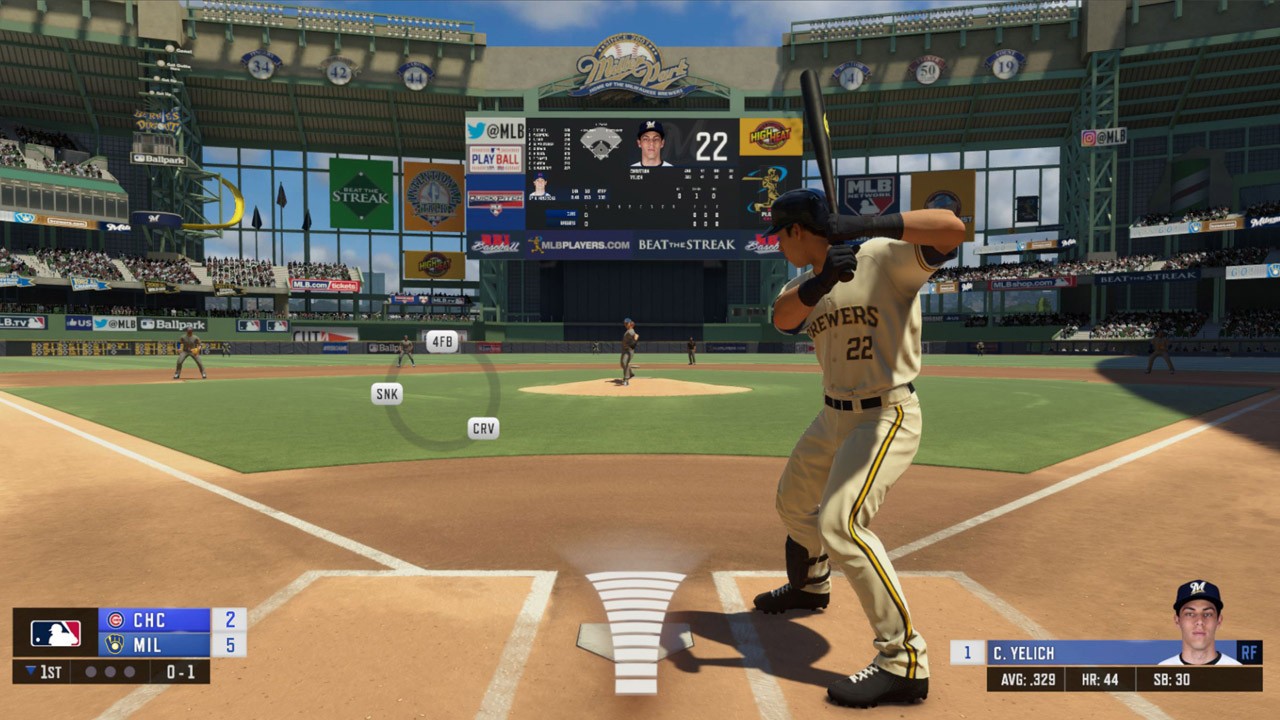 R.B.I. Baseball has, well, it’s never been very good has it? Well, the old 8-bit and 16-bit releases were often pretty decent back in the 80s and 90s, but since the series’ revival under Major League Baseball Advanced Media back in 2014, the games released have been average at best. The thing is, to an extent, that has been fine – sure, MLB The Show has always been lightyears ahead in terms of quality, but it has only been available on the PlayStation 4, so yeah, if you’re a fan of baseball and you own a Switch or Xbox One, R.B.I. baseball was pretty much your only option. Yes, the largely superior Super Mega Baseball and its even better sequel offered a high quality alternative, but without the official licence, it left R.B.I. Baseball with something of a trump card when it comes to delivering a realistic(ish) virtual interpretation of the sport. Problem is, MLB The Show is going multiformat as of next year and that means R.B.I. Baseball really has to get its act together – and fast.

So, has it got its act together? Actually, yeah, it kinda has. I won’t go as far as to say that R.B.I. Baseball 20 is in anyway in the same league as this years’ edition of The Show, but thanks to a host of improvements across the board, it has certainly closed the gap. And honestly, it’s not like it even needs to match The Show to provide a genuine alternative – it just needs to be good in its own right, something that it largely is this year. Sure, MLB The Show is unlikely to ever be caught (one could make an argument for it being the best and most consistent sporting game on the market – the only series that really runs it close is NBA 2K, and even that has had a bit of a wobble in the last few years), but by providing a more arcade-centric experience, R.B.I. Baseball can still deliver the kind of virtual baseball experience that fans such as myself are looking for. It you’re after a full simulation of the sport, there is no seeing beyond the unmatched quality of The Show, but if you are after a more casual take on the sport, one that can be picked and up played more sporadically, then R.B.I. Baseball 20 delivers a genuinely entertaining alternative. 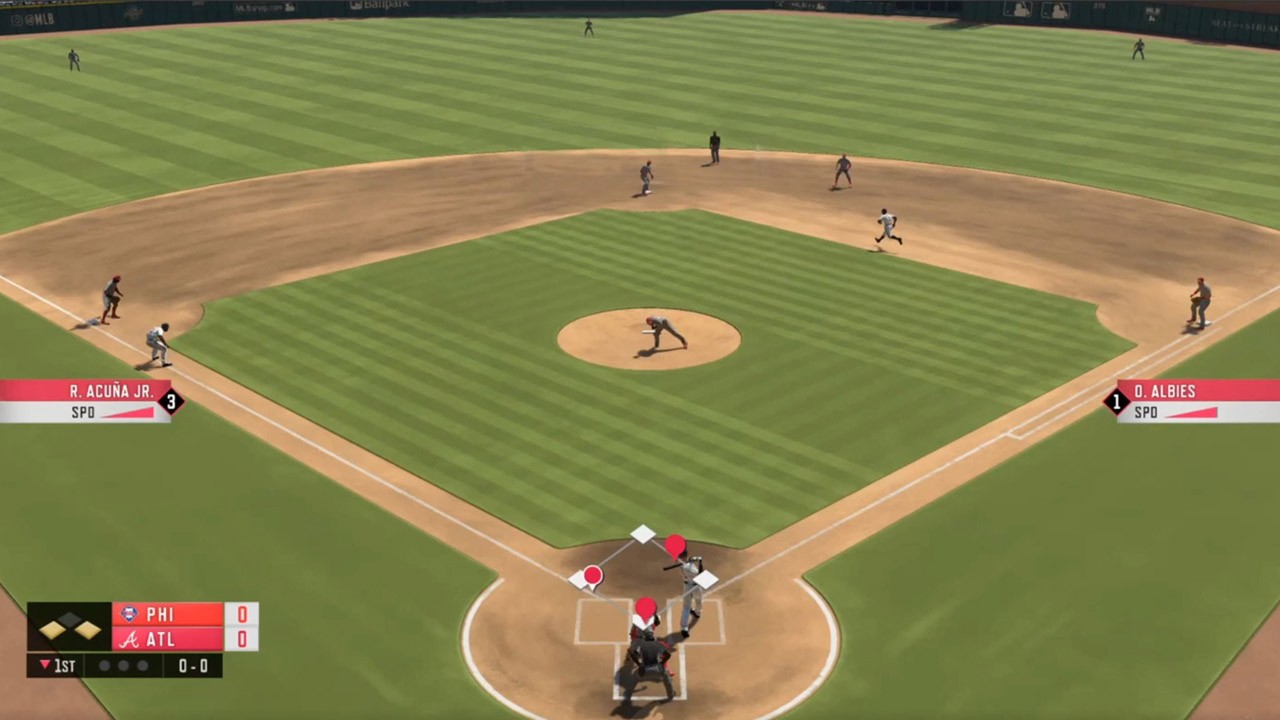 And let’s be honest, that’s not something I could have said a few years ago – heck, I might not have even said it last year (even if it was a marked improvement on previous iterations). R.B.I. Baseball 20, despite its faults (of which there are a few), is comfortably the best that the series has been in its more recent incarnation. Improvements to batting, pitching and the overall presentation have combined to create something of a rough diamond. Some of the animations still feel a little ropey, the visuals, while decent enough, are still a touch last-gen, and the new battling system, while totally optional, certainly won’t be for everyone, but despite these issues, if you’re looking for a fun, arcade-inspired baseball game, one that is fully licensed of course, R.B.I. Baseball 20 should fit the bill nicely.

The biggest improvement of the bunch comes arguably via the games’ pitching. It is something that has been far too simplistic in previous releases, and while still relatively straight forward, plenty has been done to add a sense of realism and depth to proceedings this year. The most obvious addition is the inclusion of all of the unique pitches you would expect the leagues’ pitchers to have; be it a 4-seam fast ball or a devastating cutter, they are all present and accounted for. Once you have picked your pitch from the smartly implemented radial menu, the pitching itself is easy enough and built more upon traditional mind games than anything else, but as the game progresses, you’ll notice that keeping control of your pitches becomes harder and harder as you begin to fatigue during the latter innings of a game. Not only does this add a much needed sense of tactical nous to the game, but also increases the pressure on your lead pitcher as you progress through the game.

Batting has also seen some major changes, but these are all optional changes – something that many fans will likely appreciate. The batting in R.B.I. Baseball has always been decent enough, so it’s good that players have the choice to stick with the classic style if they don’t get on with the new Modern hitting controls. Some will likely welcome its addition, but I for one found the new controls awkward and hard to time. Perhaps it just needs a bit of practice, but after a few games of trying to nail down the timing, my lack of patience got the better of me and I went back to the classic control method. 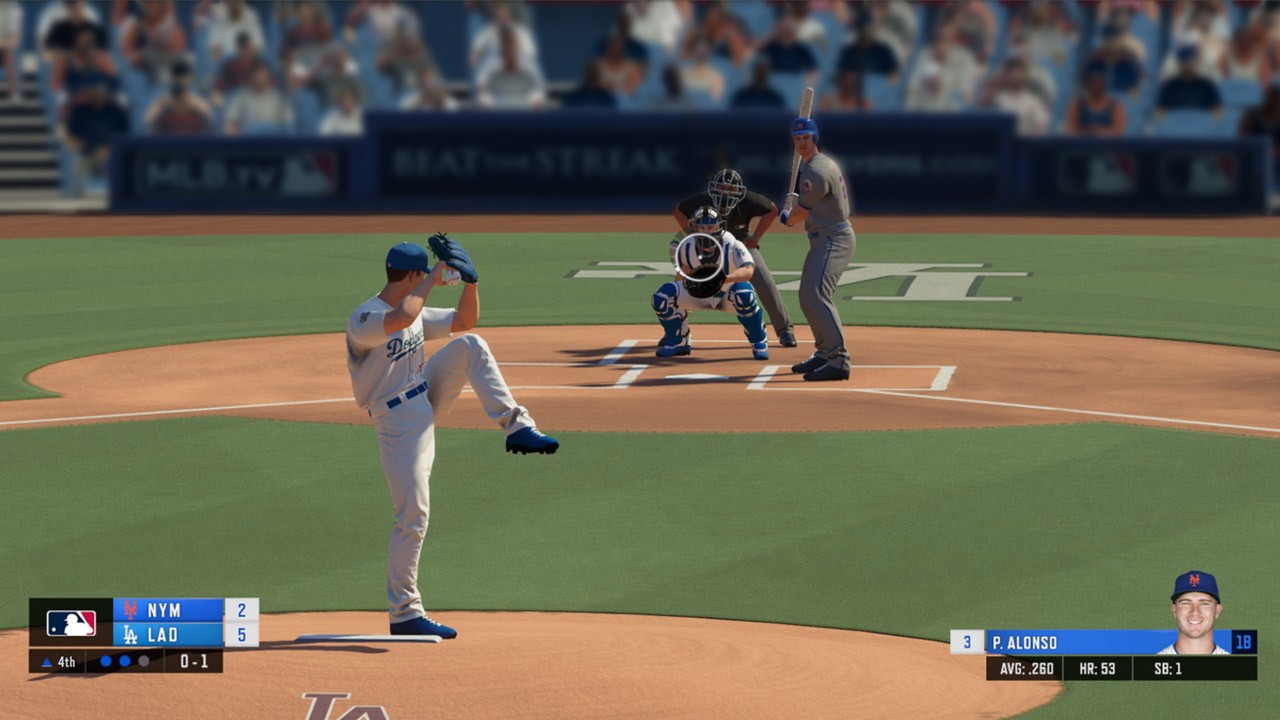 Luckily, while opinion on the new batting system is likely to be split, improvements to the games’ presentation are undeniably positive. Yes, it’s still miles behind MLB The Show, but judged on its own merits, R.B.I. Baseball 20 represents a marked improvement over its predecessor, one that, while still lacking in atmosphere, does a decent job of recreating its fully licensed roster of players and stadiums. Some players are invariably more accurate than others, but effort has clearly been made to bring the games’ visuals up to scratch. Some of the animations still feel a little jittery (something that can be particularly annoying when trying to take on the games’ new manual fielding controls), but for the most part, R.B.I. Baseball 20 is a decent looking game, one whose shortcomings can be more easily overlooked thanks to the games’ arcade-inspired gameplay.

What is much harder to overlook is the complete absence of online play for the Switch version of the game. While fully available on Xbox One and PS4, for some strange reason, the Switch version is without this most basic of game modes. Honestly, I’m more of a single player / local multiplayer kinda guy, so it didn’t bother me all that much, but for many, it’ll be reason enough to stick with the PS4 or Xbox One versions. That’s a shame of course as, beyond being an otherwise solid version of the game, being able to play R.B.I. Baseball 20 on the go is a major selling point, and for many (myself included), the perfect way to make ones way through the games’ lengthy Franchise Mode.

In terms of production values, polish and the quality of its underlying gameplay, despite its many improvements, R.B.I. Baseball 20 invariably remains miles behind MLB The Show, but even with that critically beloved series going multi-platform next year, I for one am likely to stick with the decidedly rougher, but much more accessible R.B.I. Baseball series. Your choice will ultimately be one of personal preference, but the fact that I can speak about R.B.I. Baseball as a genuine alternative to SIE San Diego’s baseball behemoth shows just how far the series has come in recent years. There are still plenty of improvements to be made (the addition of online play on Switch being chief amongst them), but even in its current state, R.B.I. Baseball 20 delivers an enjoyably fast-paced baseball experience that is at its best when played in short bursts.

R.B.I. Baseball 20 delivers an enjoyably fast-paced baseball experience that is at its best when played in short bursts.