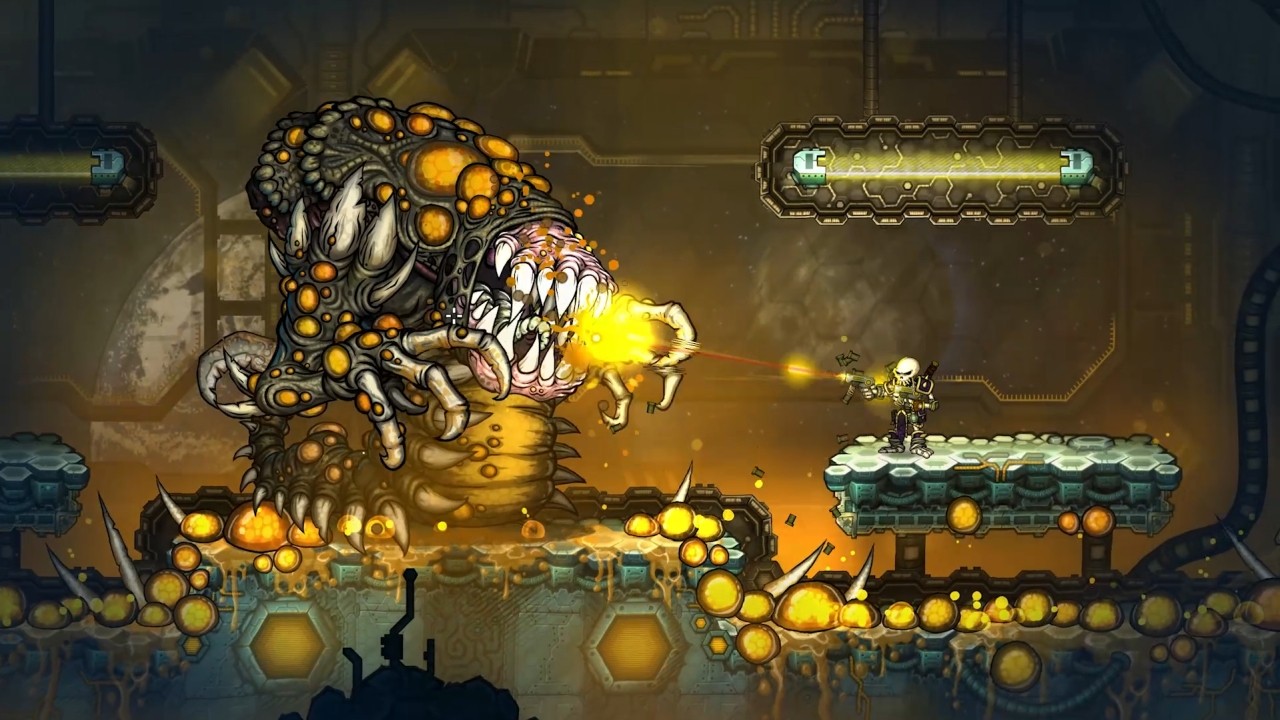 As much as I enjoy the roguelike genre, I honestly thought that I was done after putting god knows how many hours in to Motion Twins’ exemplary, Dead Cells. I loved that game so much and I wasn’t sure that any roguelike that came after could match its incredibly rewarding gameplay or fall so closely in line with my own aesthetic preferences. While Awesome Game Studios doesn’t really manage either (I’m not actually all that keen on its visual style to be honest), by virtue of its utterly compelling combo system, its smartly implemented storytelling techniques and its own fantastic core mechanics of course, it has managed to grab me in much the same way that Dead Cells did back in 2017.

Saying that, as good as Fury Unleashed might be, one thing that I initially had to get over was the game’s somewhat uninspiring art design. It’s far from being an ugly game, and it might well be a matter of personal taste, but I didn’t get on with the games’ comic book inspired art design at all. I quite liked the violence and definitely appreciated the opportunity to customise my character, but there was something decidedly ‘mobile’ about it all. It’s kind of like a poor man’s Metal Slug, but without any of the unique charm that makes that series quite so visually unforgettable. As I said though, this really could be a matter of personal taste – it’s a technically decent looking game and it certainly runs well enough, but for one reason or another, it just didn’t click with me. Whatever the case, the important thing is that I got over it the moment that the game kicked in to gear.

And my, doesn’t it kick in fast – once the solid core mechanics are established, you’ll soon find yourself tearing through one of the games’ three comic book style worlds (a fourth is unlocked towards the end of the game) before, well, dying. Yeah, you’ll probably die pretty quickly and then, yeah, you’ll die again. Sure, it’s something that fans of the genre have become accustomed to, but Fury Unleashed is a brutally difficult experience. Things do get easier as you progress and slowly upgrade your character (yes, I appreciate that this might technically make it a ‘roguelite’ rather than a ‘roguelike’, but I can’t be bothered with such fiddly naming conventions), and there is even an Easy Mode for those looking for a more relaxing, exploration-based experience, but for those sticking with the core difficulty setting, Fury Unleashed remains relentlessly challenging long after you have successfully upgraded your character. 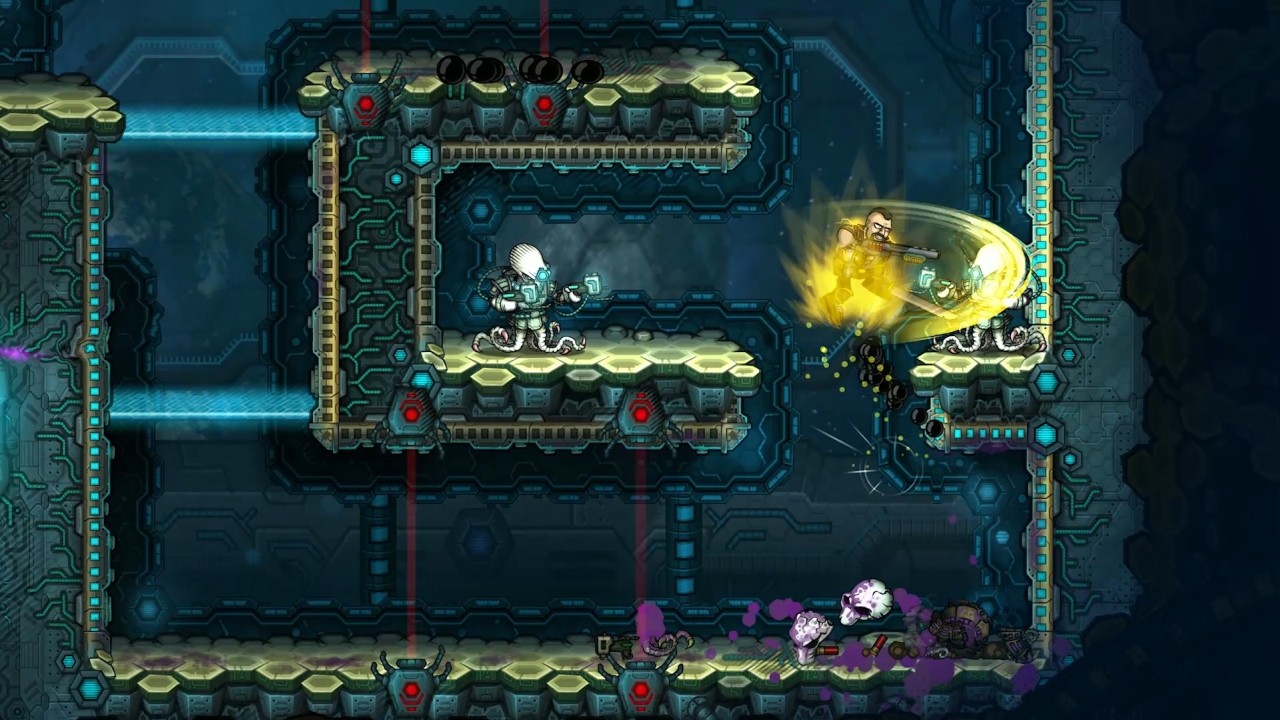 A big part of that, and a major reason why Fury Unleashed is as special as it is, is the game’s brilliantly implemented combo system. Sure, you might get to the point in which you can grind your way through to the unlockable fourth world, but like the best action games on the market, Fury Unleashed encourages you to not only complete the game, but to do it in style. Rather brilliantly, not only does an ever increasing combo make you both look and feel awesome, but the upgrades that are applied as you hit certain combo levels make the whole experience that much easier as you maintain said awesomeness.

It never becomes easy of course, but with health upgrades and shields unlocked as you maintain an ever increasing combo meter, the drive to maintain a visually impressive streak of combo kills remains intact throughout. Not only does that kind of combo make life easier for you in the moment, but the higher your combo, the higher the amount of ink you’ll collect for taking down the game’s eclectic collection of enemies. Beyond the collectable gold ink that can be used to temporarily upgrade your character or buy new weaponry for any given run, the standard black ink that is maintained after death can be used for permanent upgrades to your fighter that can be applied for your next run at Fury Unleashed’s brutal collection of randomly generated comic-panel style stages. Whether it be additional shields of extended combo time, these upgrades will be essential for those looking to make their way to the game’s final world.

Like all games of this ilk, the quality of the level design invariably pays the price for its randomly generated stages, but thanks to its fantastic core mechanics and fast-paced gameplay, it remains consistently entertaining throughout. Outside of the combo system, there isn’t anything particularly unique about those mechanics, but after five years of development, you can really feel the level of polish that has been applied with movement and shooting both feeling consistently rewarding. Sure, those mechanics never really change, but thanks to a huge array of unlockable weapons and a solid selection of enemies, the core gameplay remains fresh throughout. 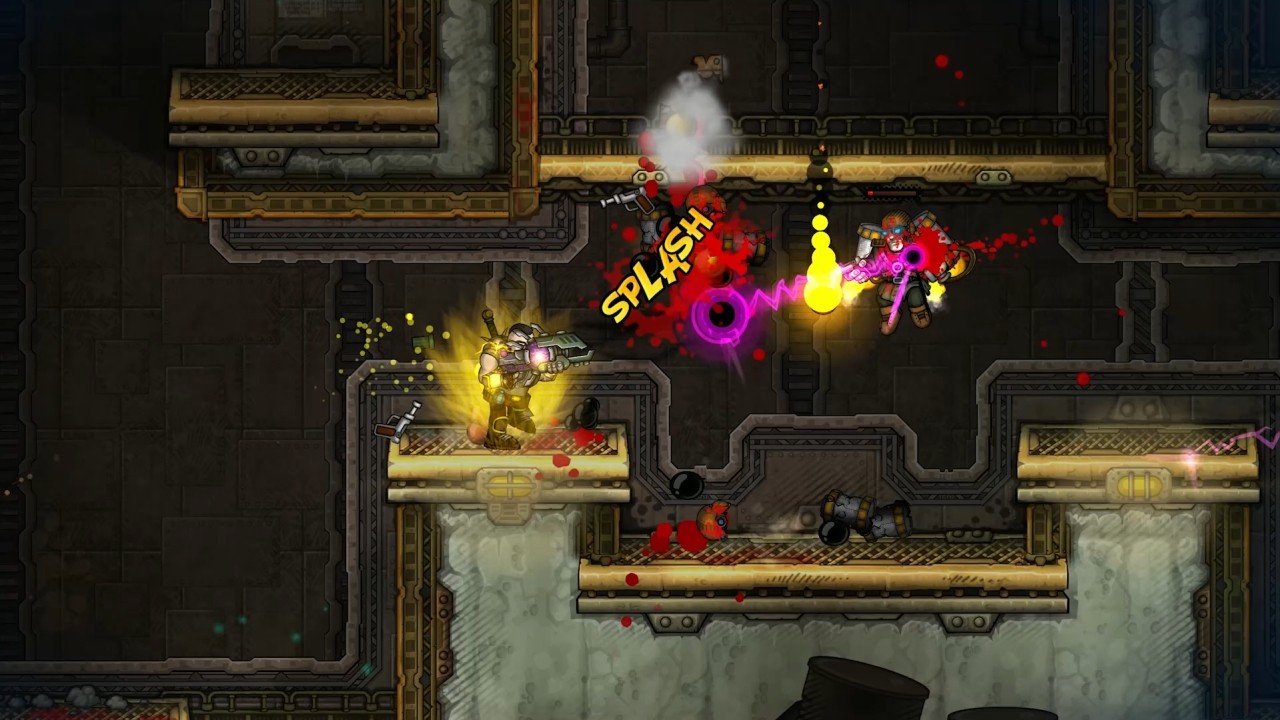 One thing that Fury Unleashed does better than most of its roguelike/roguelite counterparts is establish a unique and consistently compelling narrative. It’s not a genre that lends itself particularly well to storytelling, but with its meta-narrative based around the existential crisis being experienced by the comics’ creator, it manages to fit in some surprisingly interesting and undoubtedly unique storytelling beats in between all of the relentlessly violent high intensity action.

While the artistic design might not be to everyone’s taste (it certainly wasn’t to mine), Awesome Game Studios’ long gestating Fury Unleashed has ultimately proved worth the exceptionally long wait thanks to its fantastic core mechanics, brilliant combo system and compellingly unique narrative. It’s still a traditional roguelike (ok, ‘roguelite’) at heart, but thanks to its handful of unique ideas and fantastic overall design, it stands out proudly in an increasingly crowded and competitive genre.

It’s still a traditional roguelike (ok, ‘roguelite’) at heart, but thanks to its handful of unique ideas and fantastic overall design, it stands out proudly in an increasingly crowded and competitive genre.