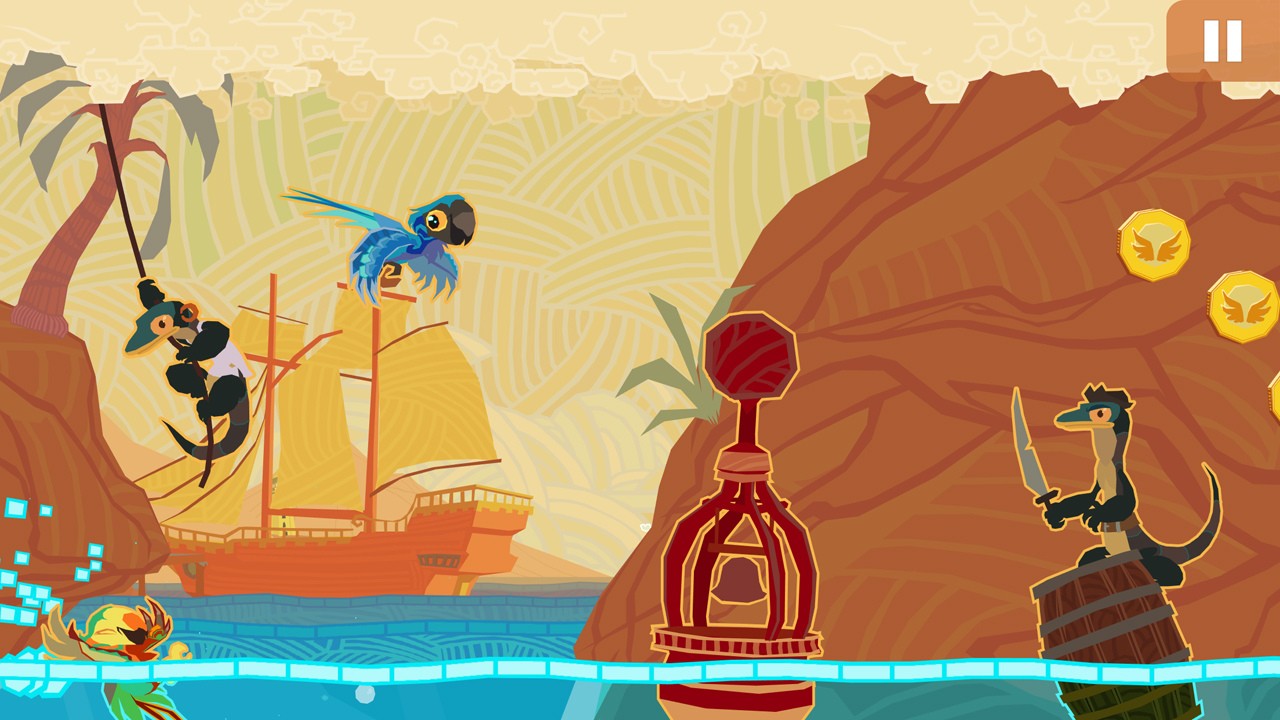 Flappy Bird was a huge hit when it first hit mobiles. Maybe it was the simplicity of the controls (tapping the screen to stay in the air) or just the addictive nature of getting just that little bit further; it was a game that people played for the competitive nature of it all. Whether that was against themselves or strangers, they certainly weren’t playing the game for its groundbreaking visuals. Well, Fledgling Heroes takes the same concept, but makes it a much more attractive one. But does it hold up to its predecessor when it comes to repeat plays?

Fledgling Heroes is a mixed bag: on one side you have these cute characters that wouldn’t look out of place on a bespoke kids app on the family tablet, but on the other hand, there’s the actual gameplay that requires a lot of skill – even if there’s only one button to press. Much like Flappy Bird, the controls are incredibly simple as all you need to do is press the A button to keep in the air: should your bird drop, press the button again to keep them airborne until they reach the end of the stage. However, Fledgling Heroes adds to this mechanic with collectables, a variety of birds that include going underwater, but with the same strategy as flying, plus the game is touchscreen enabled. This makes a big difference, and if you’ve played any of these copycat mobile games, this might be more suitable for you.

First of all, each time you tap the screen or button, your bird will either soar through the sky or rise to the surface if swimming underwater. Hold the buttons down longer or tap repeatedly and you’ll have a hover effect or even glide along. There are other options too, such as bouncing off of the terrain or the enemies you encounter, so it almost has a platform vibe about it. The level design is good and much more forgiving than the earlier titles, but that doesn’t mean you won’t die frequently – you will. There aren’t any game overs or limited tries, but should you die you’ll either return to the beginning or at the most recent checkpoint. Levels are relatively swift however, so it doesn’t take long to get through each one. The incentive is unlocking feathers. 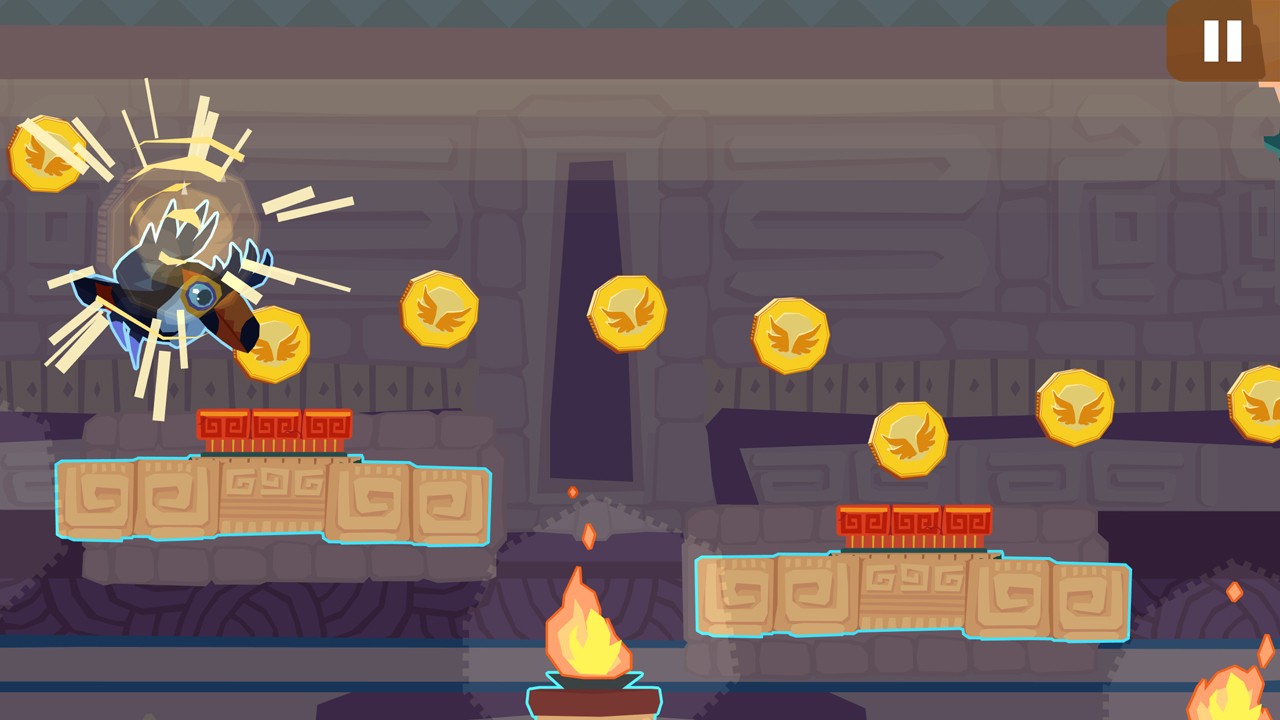 There’s usually a few feathers scattered across the levels, or you can earn them from bouncing off treasure chests or completing an objective. The point of these feathers is to unlock an additional path, usually another bonus such as a timed race like gliding through rings with the starting macaw. Collecting the feathers is not entirely necessary as you can get through all the majority of the game doing the bare essentials. Still, as there’s not much else in terms of unlockables other than avatars and new characters, it might be worth your while to gradually backtrack and unlock all the feathers for the additional bonus.

Now, there are avatars to unlock for your profile and a few other perks, but one thing that shouldn’t be overlooked is the level editor. When Fledgling Heroes was initially announced, I was quite sceptical that any form of level editor would be included in the Switch release. While other titles have successfully pulled this off, far too many Switch titles are stripped down from all the features. FIFA comes to mind, but it’s not exclusively that franchise. Fortunately, the level editor makes it to the Switch, and it bolsters the replay value.

Don’t expect Super Mario Maker, but the options available are very reasonable. You can easily spend the bulk of your time creating new and improved levels with the same sadistic tendencies as most Super Mario Maker 2 stages and some of the later levels in Fledgling heroes throw at you. There’s even the option to upload your creations to share online and play others, but at the time of completing the review, there wasn’t the community to share with – alas, we’ll have to skip that part. In summary, the level editor breathes life into the title that could otherwise wane after finishing the story. 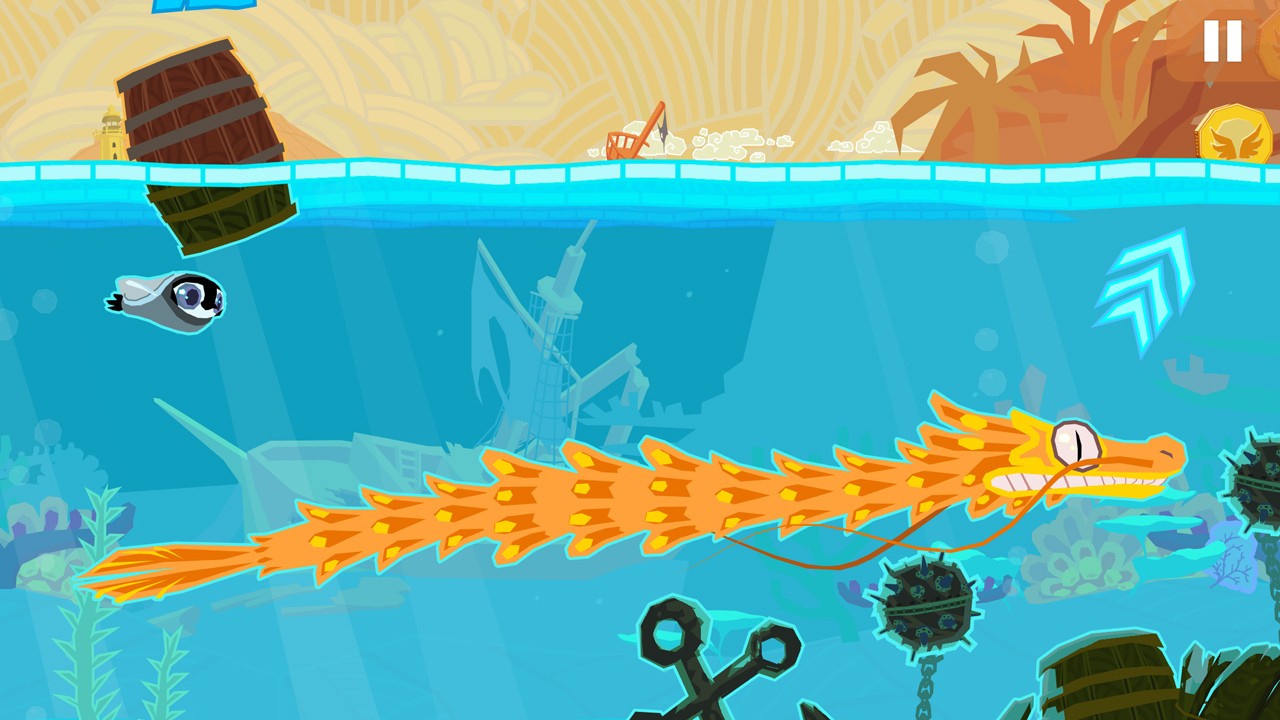 The story is really in the background and not that important. The highlight is the variety of birds and their specific abilities. Some will solely be fliers, but as seen in the very early part of the game, Penny the penguin swims underwater – the tapping of the screen or button mirrors the rest of the birds in that she will jump out of the water. You won’t die if you reach land as sometimes you’ll need to collect a boost so that you can reach a treasure chest or two, but there will be a few enemies or objects that you’ll bump into not knowing that they’re a threat. That aspect can be a bit annoying as Fledgling Heroes implements numerous layers when it comes to backgrounds, and it can all be a bit confusing.

That said, the visuals are pleasant – like a children’s storybook, and the music matches this. It’s just slightly confusing, however, as the aesthetic choice, as previously mentioned, seems to be marketed towards a younger audience but the gameplay certainly exceeds that. I trialled the game with my children, and while the youngest loved it (she told us to be quiet while Penny, her favourite, slept), the older one complained how hard it was. For a more experienced gamer such as myself – emphasis on ‘experienced’, not necessarily good, I didn’t find it incredibly difficult. Still, I can empathise how this could be troublesome for slightly older children. That’s probably the most perplexing part of the game – who’s it for?

There’s no argument that Fledgling Heroes is a well-presented game, but it’s unclear who the game is marketed at as there isn’t the depth for above-average gamers, but the game is too difficult for younger children. For those who can play it, the experience is over relatively quickly, but the level editor throws a lifeline and pending the online community, could offer an improved experience.