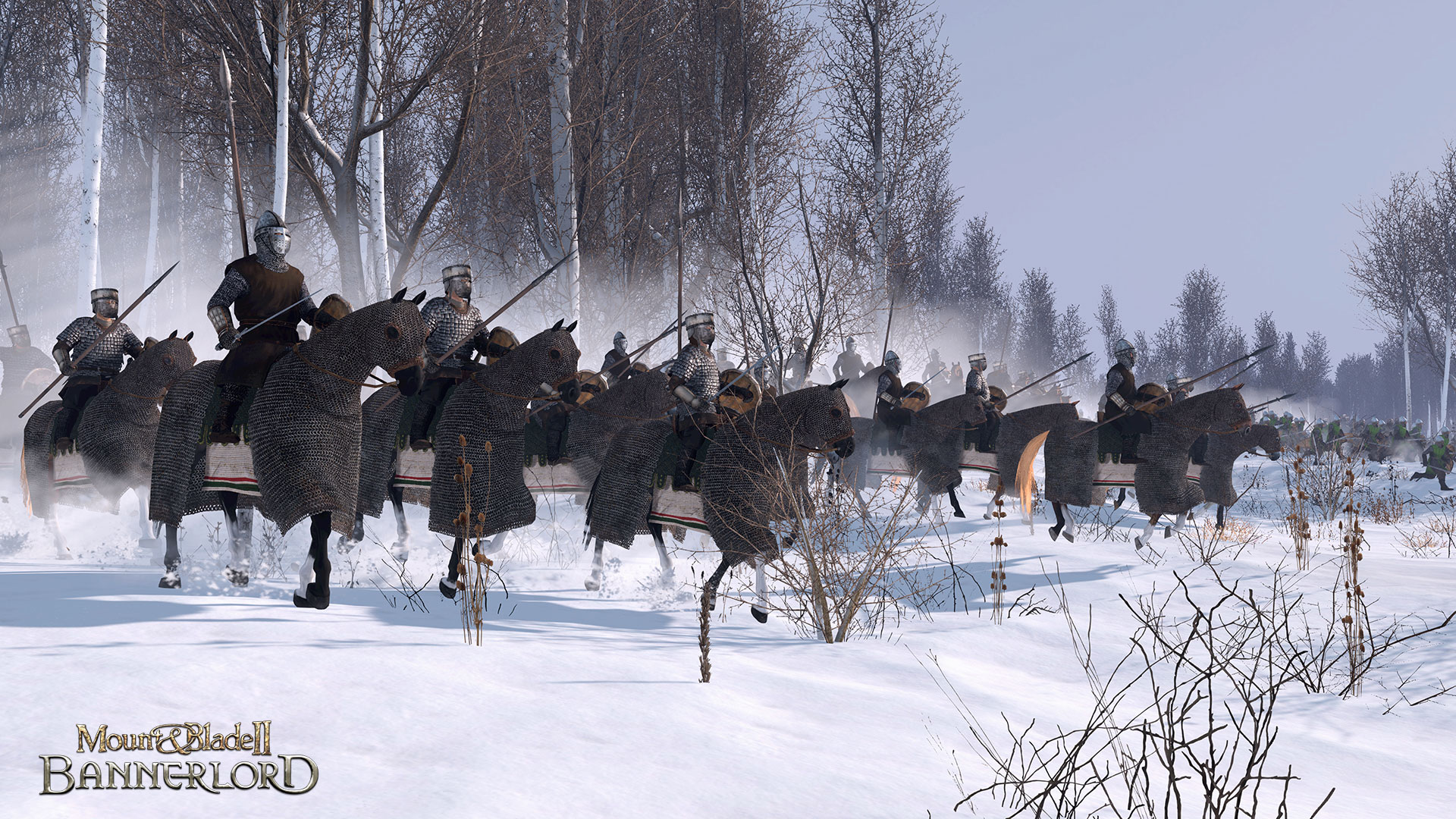 The Medieval background is a dime a dozen setting for the video game industry. Many games try to use the allure and knights and dragons to woo genre fans to them. Mount and Blade: Bannerlord goes back to the basics, getting rid of any fantasy aspects, instead opting for a gritty world of simple, forceful conquest where might is right, and jumping up in status comes at the tip of a sword.

The first thing to point out about reviewing a game that is large, expanding, and in early access like Bannerlord is the amount of stuff to do cannot fit in one short-form review. This review was based on experience from the 1.4 vanilla patch and without mods. Criticisms that are mentioned could be later addressed in a future patch, or in one of the many mods as the Mount and Blade community has a long, rich history of modding all the way back to the original.

In fact, Mount and Blade 1 redefined gaming for me 11 years ago when I came across it for the first time. The sandbox world, where the player makes up the story and lore in their own mind enticed a weary imagination that grew tired of RPG stories that sputtered and did not live up to expectations years ago. With Bannerlord, even though there is more official lore to the world than M&B1, you are still in complete control of the story. You can do what you want, how you want. Fight for an empire? Join the check-in line. Want to raid caravans on the Steppe? Better get a fast horse. Just want to create a trading route and stay away from the major fighting? Watch all the money flow into your coffers.

When starting the game up, the player is given the opportunity to craft their character with a set of life questions designed to build the player’s individual lore as well as give their initial stats. After that, there is an option to do a small controls tutorial and then a tutorial questline that gives a little exposition about how your family was killed by bandits, your younger siblings were kidnapped, and you and your brother need to rescue them. After the quest is completed, and your brother says he’ll go off on his own to find them while you rebuild the clan, the entire world opens up.

Quite quickly the family exposition gets forgotten, which is a shame, as the sandbox experience does not tell you what to do or where to go. Simply click on the map to travel somewhere and just do it. Want to attack that army marching by? Go for it. Nothing will stop you. The player is allowed to join who they want, go solo, break allegiances, and so on. For my playthrough, I ran into the Empress trying to reunify the empire against rebel factions after her husband died in battle. Why not join? 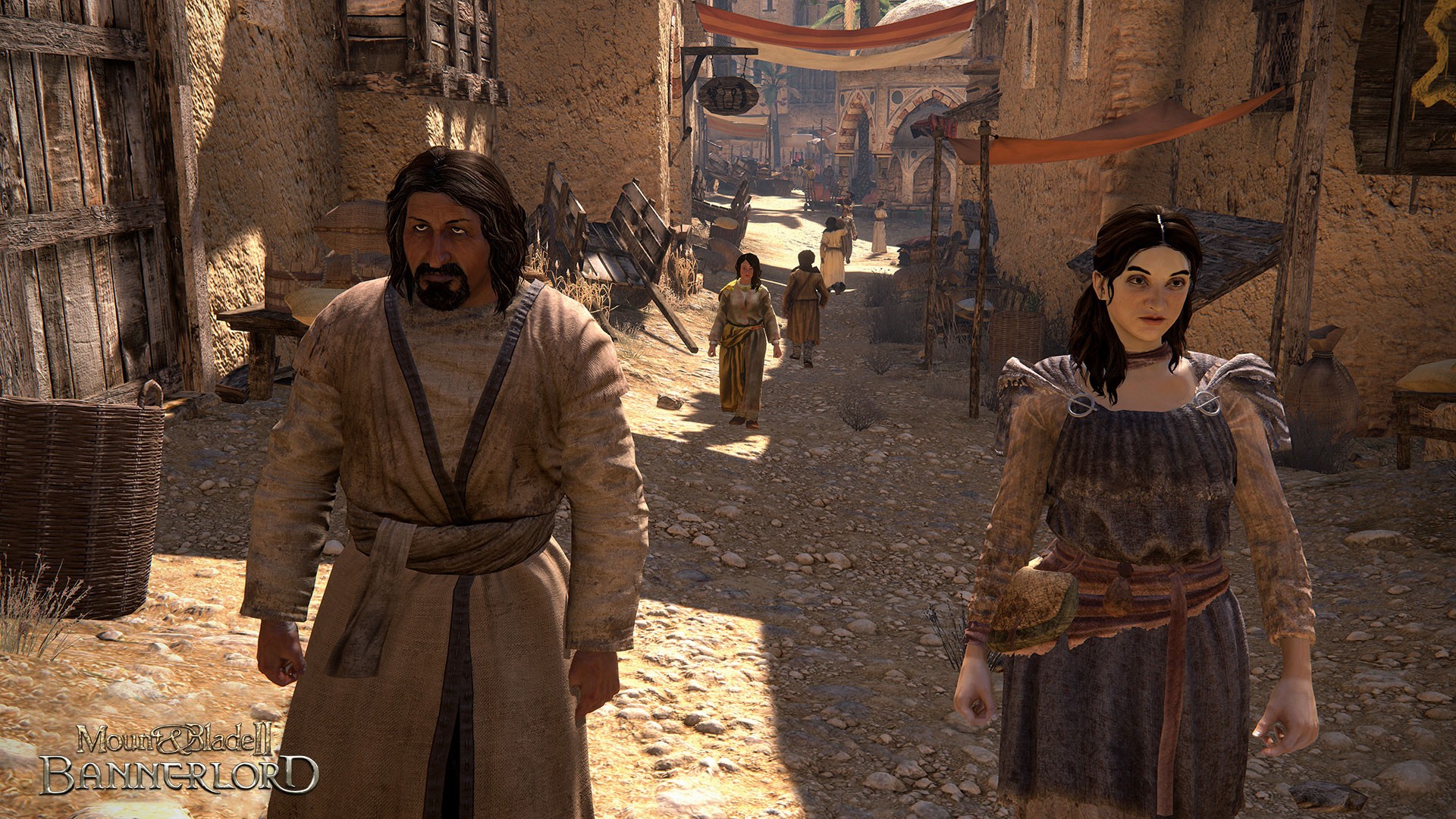 While the player does not have to join a faction, and can create them own through the initial post-tutorial questline, a big portion of the game does require owning fiefs. Not only do towns, castles, and their bounded villages offer a consistent income source for the player, but they also house units, prisoners, and have some management functions for fans of that genre of game. As a faction ruler, there are also politics and government policies in force as well, as the player needs to make their followers happy or else they will betray them and join another faction.

Immediately, any gamer who has played Skyrim will understand the levelling mechanics. All actions generate XP for its associated skill. Killing enemies with a sword will level up the one-handed stat, while making some profitable trades will level up the trade stat. The list goes on. This allows for an extra layer of customization towards how the individual player wants to enjoy the game. At certain benchmarks, the option to unlock perks in that skill open up, further customizing the character as some of the perks are either/or, locking the player out of the choice they do not pick. One downside is some of the perks are, currently, useless for the player as he cannot be set as a governor of a city or castle.

Combat is the highlight of this game, and always has been. Imagine playing a Total War game except controlling the commander on the field. Now, add to it the realism that unless you’ve sunk insane time to max out a character, this is a game about numbers. Unlike other games like Dynasty Warriors, the player cannot rush into the enemy and hack away without a care in the world. The character will be surrounded and quickly overpowered, even on easy and against looters. This realistic bent always gives the player a feeling that one wrong engagement or stray arrow will mean death, or at the very least the horse sending its rider headfirst into doom. Few games have made me excited to see my horse get speared during a charge, seeing me topple into enemy lines. Obviously it sucked to lose, but at the same time the complete randomness reminded me to always watch the terrain.

This randomness is a misnomer though, as much like real combat it is actually chaos. Arrows will fly from archers, cavalry will charge, and infantry will form shield walls before engaging their foes. For a moment it might appear safe, waiting on the outskirts of the engaging armies, but then that stray arrow strikes lucky. The sound effects and physics put a shine on the combat, as it makes it look like the Battle of Blackwater Bay in its brutality. Units will also fall appropriate to where they were struck, an overlooked but visually appealing addition. Strike the death blow on the head and they will crumple. Make a sweeping motion near the legs and they’ll trip. Shoot them in the butt or lower back with an arrow and they’ll buckle at the knees, collapsing. No two deaths will look the same, especially if you’re flying by on a horse when striking the fatal blow.

While the combat is great, how big combat gets depends entirely on your computer. The game is enjoyable at bare bones settings, with a minimum number of troops on the field, but the ability to maximize the troops on screen to participate in battles of a thousand units is glorious, and adds in additional levels of strategy because you’re forced to use the army commands to find an edge.

If the game has any glaring weakness, it is the character graphics. While there is an improvement over previous games in the series, the characters all have too similar and usually unappealing faces. They look buttery, like globs, which does not help the lore a player wants to make, especially when marriage and children are an important mechanic to the game. However, it is fresh that they did not make all the characters a legion of ‘beautiful people’, keeping in line with the harshness of the medieval world. One female lord had a scar cut over a dead, white eyeball, making it clear she could gut you alive and is not a fragile flower. 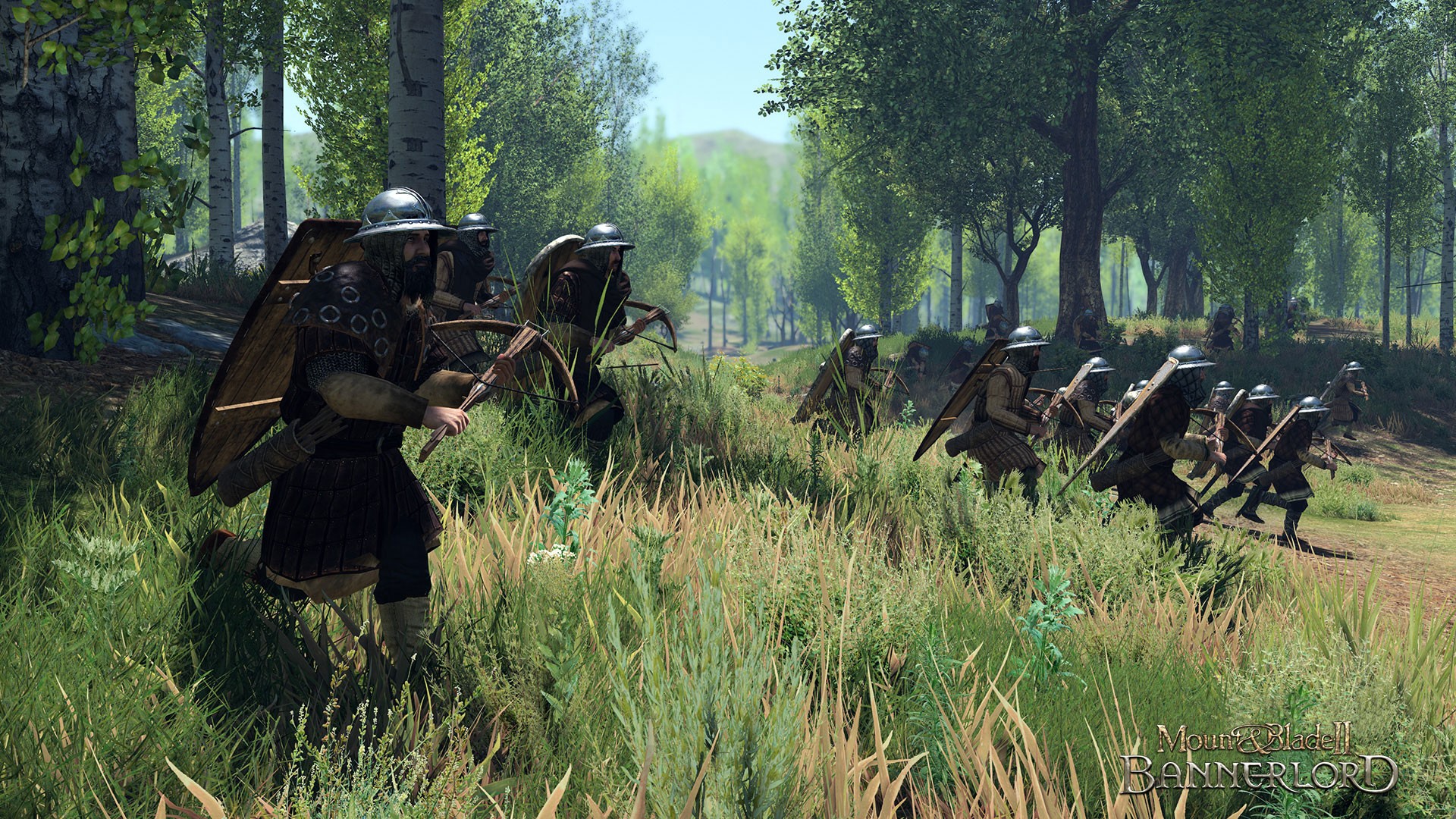 Battlefield graphics, on the other hand, can get beautiful under the right light and even without a lot of processing power. The sun, specifically, acts like the sun. Galloping towards it will partially blind the player due to its brightness, but creates a gorgeous backdrop to a cavalry charge. Trees and rocks will not exactly blow people away when inspected up close, but when examined from afar or in the heat of the battle, the environmental graphics were crafted well enough to add to the majesty of the combat system.

The music is fine for the type of game it is, but the soundtracks in battle sound and feel too generic after listening to them on repeat. I found myself gravitating towards putting up YouTube in the background, listening to O Fortuna, Battle of Kerak, or other famous medieval-style, iconic movie themes. It is a shame because a game that lives and dies on its battle system should have a grandiose soundtrack and not have to rely on the player finding alternative songs of choice to inspire them on the field of battle.

Another flaw in this version of the game is quality of life issues that need to be addressed without the use of relying on the modding community. Prisoners are a big part of the game, and currently there is no way to recruit them unless they are in your party. Housing them in a castle dungeon does not make them recruitable over time. This is not just a quality of life oversight but also thematically confusing. Jail is jail, why does it matter if it is your party or your city especially when a city dungeon should make it easier?

Another QoL improvement missing is the ability to recruit specific lords. If the head of a clan could be tempted to cross the isle and defect, why cannot individual lords under someone else’s service? Just like the real feudal world, not every child will inherit leading the clan, so why is there no option for those distant successors the ability to start their own? In addition to this, the lack of ability to recruit the clan leaders while they are prisoners does not make sense thematically or practically. Even the ability to try once per capture would make an aspiring ruler’s life a little easier, compared to having to spend days tracking down specific individuals in specific situations to recruit them.

QoL issues aside, Bannerlord is an excellent game, even in early access. The sandbox environment is truly sandbox, allowing players to play how they want without fear and without screwing up a story. The story is yours to control and command.

A great RPG/strategy game, already with an active modding community, that’ll keep players in a time sink of one more battle, as they look to dominate the land or just create chaos.