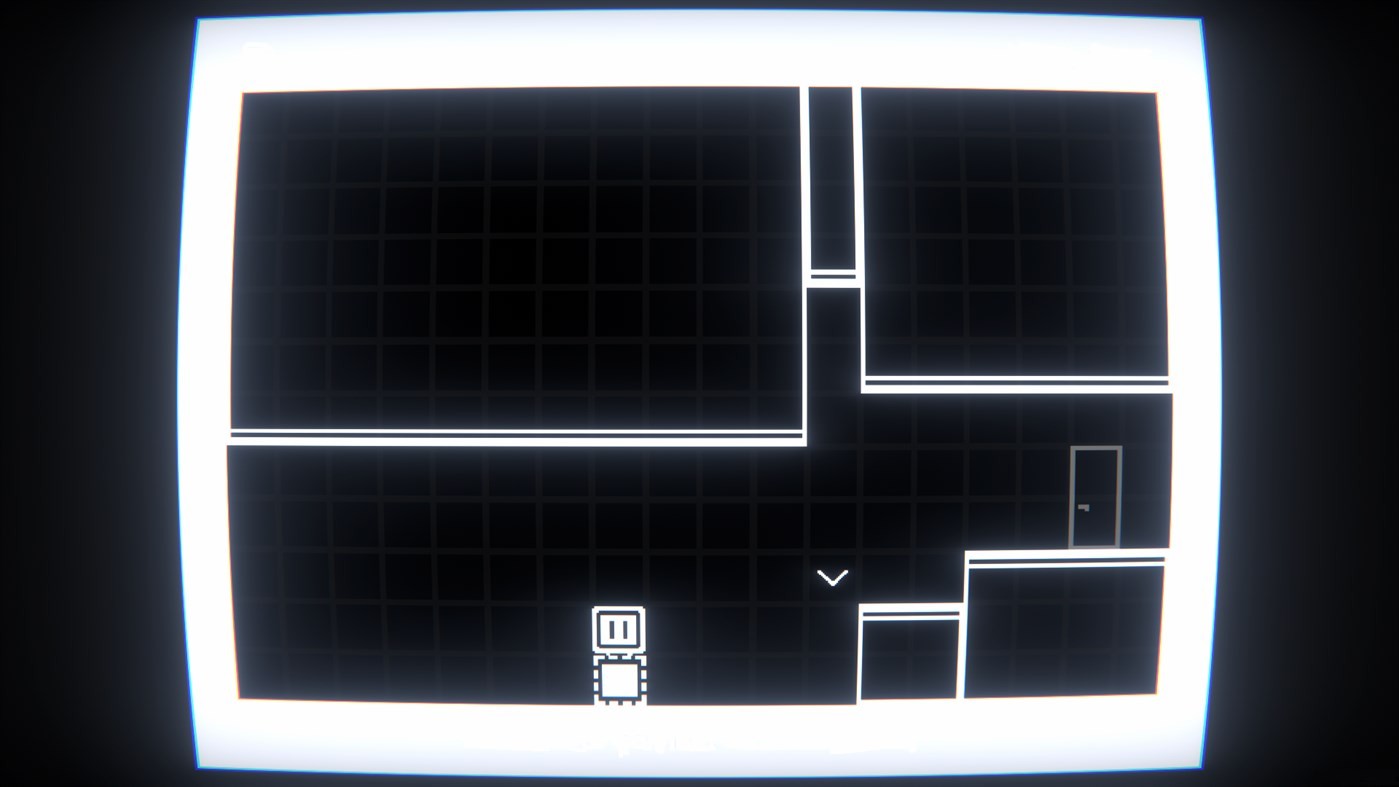 If you are like me, and gravity hasn’t been too kind to you, you will also probably be wondering the answer to these questions; “I wonder what it would be like to be taller?” and “What can I do to make myself taller?” This is exactly what the main protagonist of The Taller I Grow is contemplating. Developed and published by Noobles Studio, this puzzle adventure game has a simplistic monochromatic view on life. Spanning across 30 levels, you must; Jump, run, avoid traps, and solve simple puzzles. Make your way to the exit door, and search for the answer to your questions.

The journey begins with a small white square called Bip. He is fed up with being small, life is a struggle, and all he wants to do is grow, but how? If you don’t know the answer to a question all you have to do is ask the tallest and wisest square that you know. Bip is told to go on an adventure, by truly challenging himself, he will grow. It takes time and patience to obtain these results. And so the scene is now set, you must go on a journey of discovery.

You are given the option to complete this title in either normal, or hardcore mode. Both play through the exact same levels, the main difference between them is the permadeath feature found in the latter. As you open your adventure, you will be lulled into a false sense of security. The early stages all appear pretty straight forward, but they quickly become more challenging as the list of required moves starts to stack up. The main premise of the game is to connect with other blocks located around the map, as you do so you grow in height, this then allows you to access different platforms, and switches. If you happen to make an error, which you most certainly will, you’ll have to restart and begin that stage again. This simplistic approach forces the player to plan ahead, there is nothing worse than getting to the last piece of the puzzle, and realising that you aren’t tall enough. 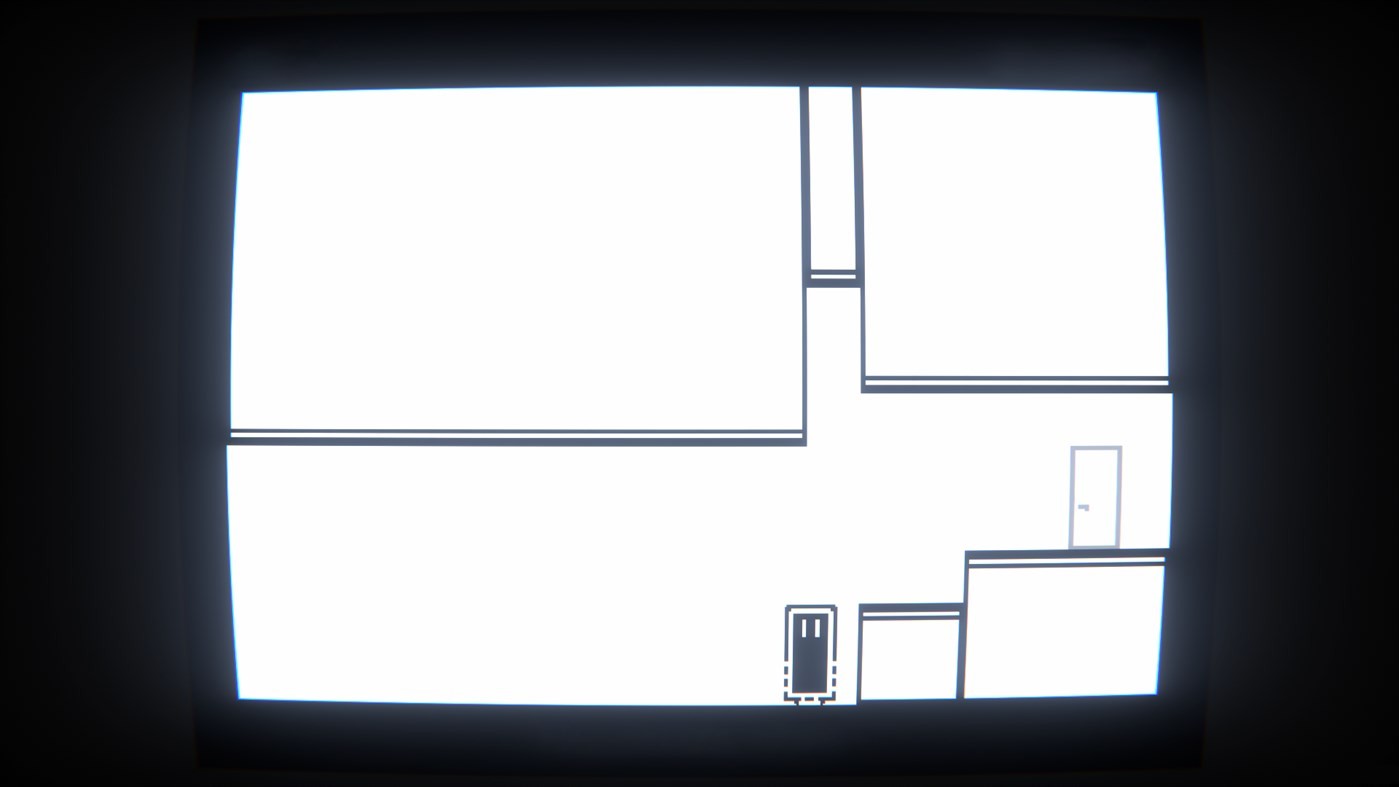 The unlimited number of deaths in the normal mode really does take the pressure off. A level select from the main menu allows you access to any of the stages, so if you wish to practise before upping the difficulty, you have the freedom to do so without having to play the whole game again. Having finished the title in record time, I decided that I was ready to defeat the hardcore playthrough. “How tough can this be?” I thought to myself. My lips were chewed to pieces, and my controller was squeezed with rage, I massively underestimated the challenge ahead of me. Even though it feels unfair, unduly harsh, and almost impossible, it is strangely addictive. My mind would tell me over and over again to just switch the game off, but I couldn’t I wanted to defeat it, I guarantee that you will be feeling this way also. The signs of a great platform title is the addictive, just one more try moment. This basic retro title really has captured that feeling, even if it does make you scream in the process.

When the majority of the gameplay is experienced with monochromatic 2D graphics, it’s hard to really give a thorough viewpoint on it. That being said, I really enjoyed how this title looked. The use of negative colours to represent the moment you had “connected” with other blocks, made it easy to keep track of your actions. The simple design of the traps made them easy to identify amongst all the other elements of the level. The smooth animation of the character models, and moving parts in each stage made it easier to create a plan and stick to it. The majority of the gameplay takes place on one fixed screen, there are the odd exceptions to this, namely the final level. With everything set out in front of you, it is easy to decide how to succeed. The final stage has a number of leaps into the unknown, this made it undoubtedly the toughest part of the title, and on the hardcore mode it is guaranteed to break you.

All great retro titles have a memorable soundtrack. The Taller I Grow clearly has taken influence from some of the big names. Whenever Bip completes an action a high pitch note accompanies him, this is very similar to Mario in Super Mario Bros, this carries on into the jovial sounds that plays out on completion of a stage. This isn’t a bad thing, this basic formula has worked before, so there is no reason why it wouldn’t work again. As you progress, you will hear a soft music track playing in the background, it doesn’t really add anything to the game, its like lift music, you know that it’s playing, but you don’t really take note, as its mainly inoffensive. I enjoyed what the developers had done with the audio, it worked well for the genre, however, it wasn’t spectacular. Though, I didn’t expect it to be. 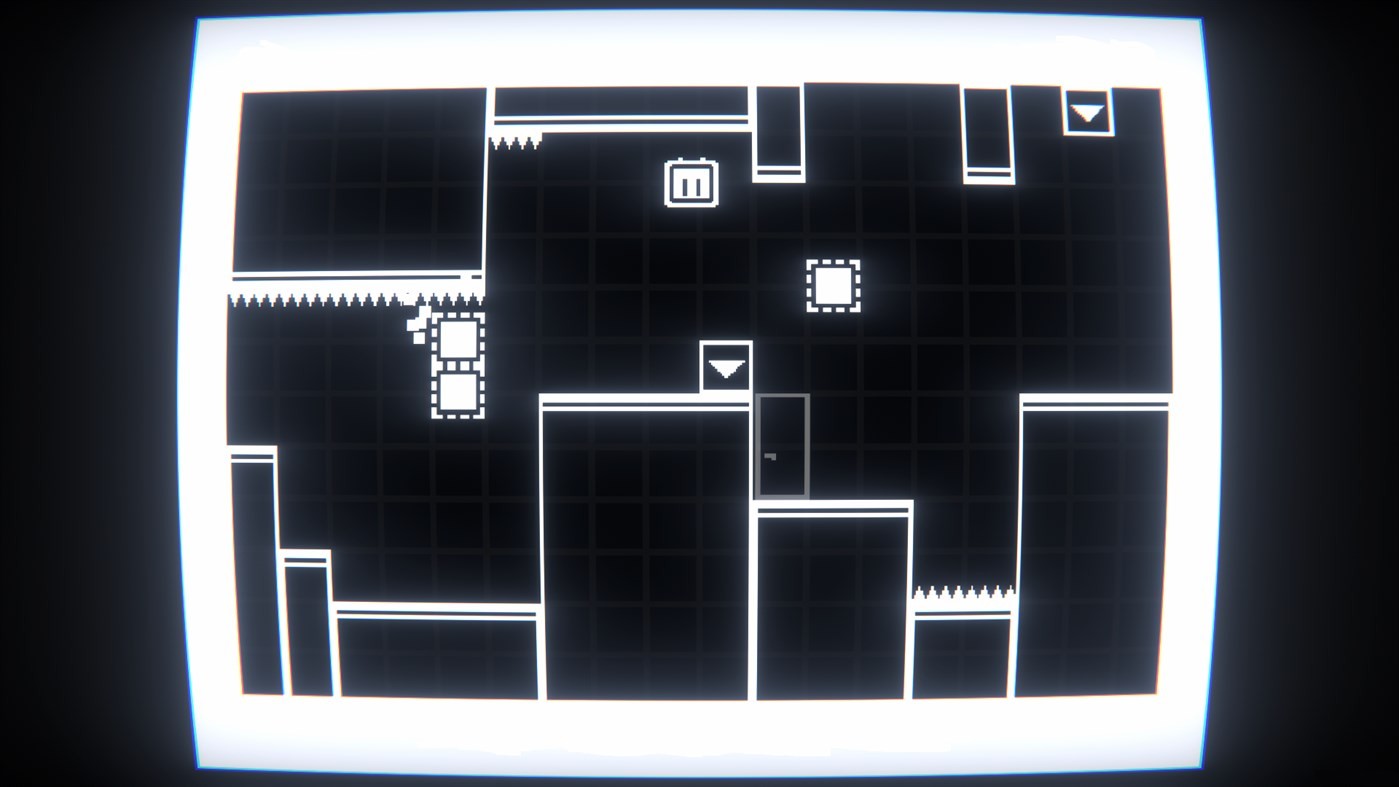 Controlling Bip consists of four button inputs. Use of the analog stick to move, jumping, connecting, and disconnecting. It really doesn’t come much easier. The opening levels are so straightforward, that you will have mastered the controls way before you come across anything that can be considered remotely challenging. I found on occasions that the button input could be slightly delayed, this did cause a number of issues, and I lost out on Hardcore run-throughs countless times because of this issue.

With only 30 levels to playthrough, and both modes using the same stages throughout, you may worry that this could feel a little repetitive. You have nothing to worry about. If you do try to complete the game with the constant fear of permadeath, then you don’t really focus on the repetitive nature, you are just hopeful that you will survive. If you are one of the ever growing number of completionists, who must have platinum trophies, or that 1000 Gamerscore, then I’m afraid I have some bad news for you. This accolade will not come easy to you, the full 100% completion status enforces that you finish both game modes, so no matter how tough it gets, you’re just going to have to suck it up and get on with it. I’d say that you are looking at around 8 to 10 hours of retro gameplay, which represents great value for money. If I’m being picky, I believe that there is one element that is missing, and that is that I would have liked to see a timer for each stage, and one for a complete run through. I believe that this would have added a fun and competitive edge, and would have pushed gamers to making more risks, and not to play it safe.

My entire life I’ve wondered how I can make myself taller, and now I finally know how. All I have to do is connect! “How do I make myself connect with another human? I’ve seen the human centipede, and I’m not willing to go that far. I think I’ll remain short” But for Bip, his eyes were opened, and his question has been answered satisfactorily. The gradual increase in difficulty, and the well timed introduction of new game mechanics allows both veterans of the genre, and new players to enjoy this title equally. I do believe the Hardcore mode will be a step too far for a number of players, I’m sure that this will only be reserved for platform/puzzle fans, and the completionists amongst us. If you are in the market for an unusual, fun, and slightly frustrating game, then, I’d strongly suggest trying your luck with The Taller I Grow. Be you short, or tall, now is the time to venture forward, and learn how to be taller.

The Taller I Grow Review

Bip has had enough of being small, a “short” (pardon the pun) conversation with the tallest and the wisest square around is enough to set you on your journey of enlightenment. Take care though, many traps lie ahead on the journey to becoming taller.