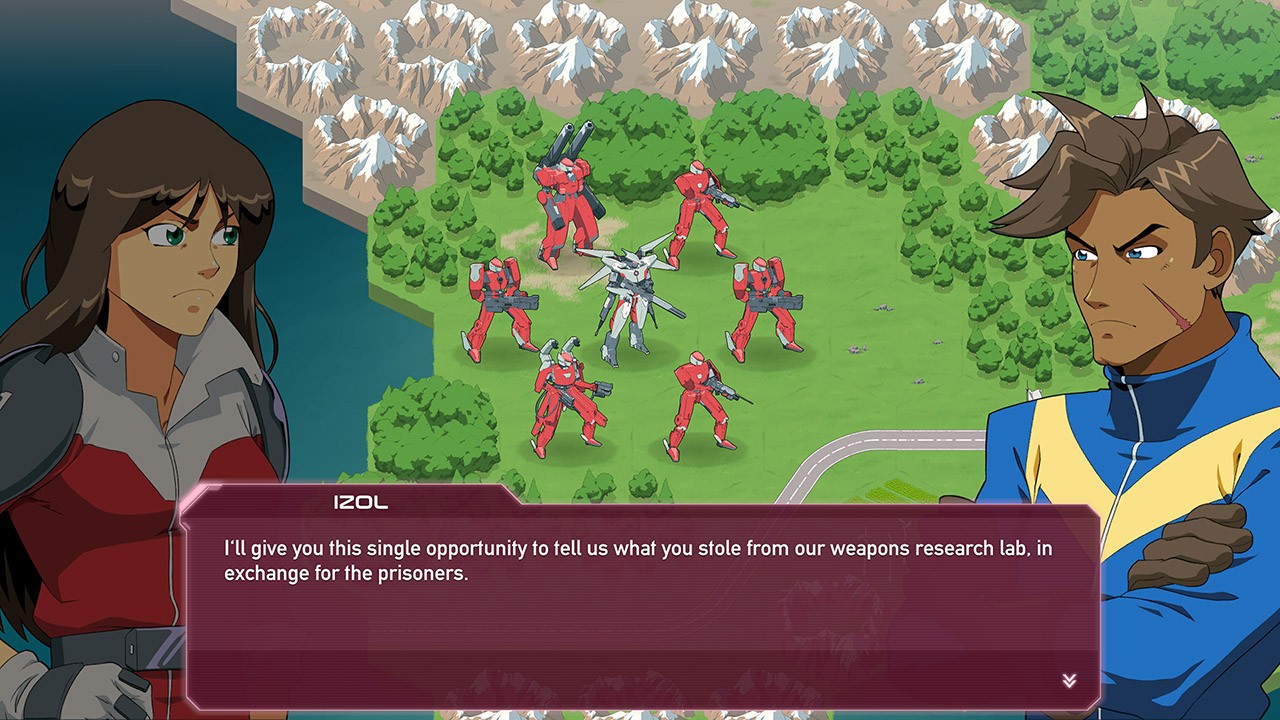 These days, in order to try and stand out from the crowd, many developers try to incorporate a new mechanic or different way to play a particular genre of gaming. Whatever their USP, they usually work in some way of attracting a potential customer base in experiencing a title in a new way. However, sometimes familiarity is nice. Playing a game that doesn’t necessarily bring anything new to the table, doesn’t make it an unplayable title. In fact, the opposite can be said to be truer, as playing a game that holds similar values to a favourite game from your past, or by using tried and tested mechanics can make a game just as enjoyable. This can easily be applied to Raredrop Games’ and PQube’s latest title, Warborn, as it battles a release onto the Nintendo Switch.

The game takes place in a distant galaxy, namely the Auros system, where political uncertainty has sparked an all-out war between two rival factions, the Cerulians and the Nomads. Played primarily as a turn-based strategy game, you act out a series of scenarios across forty or so levels, along a grid-based structure of hexagons. In terms of how its genre plays, Warborn doesn’t necessarily bring anything new to its style. What it does do though, is bring a really nice air of familiarity, making it instantly accessible, and also holds a very striking resemblance to the Advance Wars series of games; not in look or style, but most definitely within its gameplay.

The game holds a very mobile-looking aesthetic. If that’s not necessarily your thing, don’t let that put you off what this title holds. Everything is clear, concise and sharp in its presentation, producing a pleasing palette for the eye. In fact, the game’s been deliberately designed this way, as it focuses on the use of Mechs and, more importantly, is heavily inspired by the anime style of the nineties. You can’t help but feel the warm fuzz of Transformers as your mechs take to the battlefield in a presentation that looks as if it was lifted straight out the cartoons of their time. 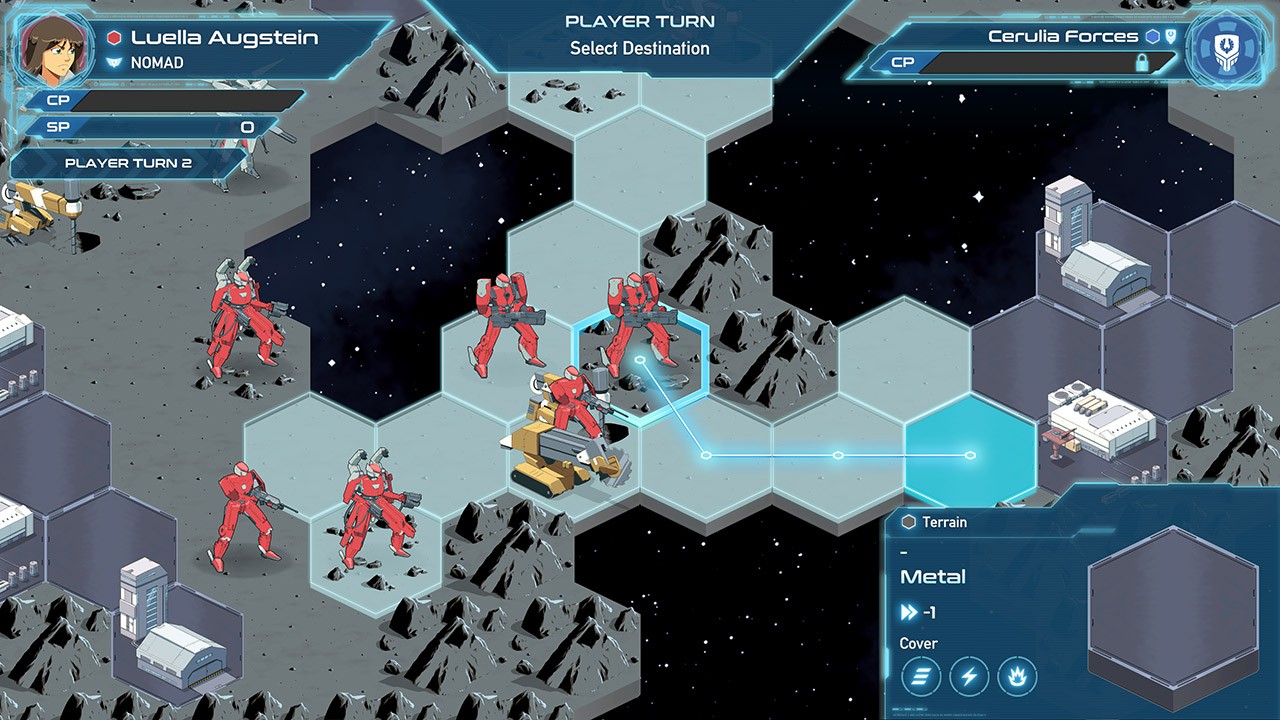 If you’re familiar with its genre, you’ll instantly feel at home on the battlefields of Warborn. Each area, or level, covers restrictions of grid movements, wooded area to provide cover and cities to gain control of, as well as a whole host of other environmental elements. It all takes place within a single-player campaign that views the war through the eyes of four different commanders; each one holding their own unique styles and abilities on the battlefield. Shielded within the Mech suits of the Variable Armour, you control a series of units that range from basic infantry units, heavy gunners, snipers and more, including medics and stat-boosting allies. Commander Units though, posses the ultimate power with their Deity armours, possessing advanced fire power and abilities.

Each of the units have their own strengths and weaknesses, creating a different scenario within each of its levels as you use tactics to utilise the best of what your force can offer. The amount of units you hold at the beginning of each match are limited, but by taking over establishments and capturing them, awards you with SP points, a sort of monetary value, that allows you to purchase and deploy extra units onto the field. This makes reading the battlefield as equally as important as completing the mission objectives given to you on each level. However, more campaigned units also accrue CP points based upon how long they remain on the field. Once maxed, these points then allow you to activate special abilities that can change the flow of the battle. 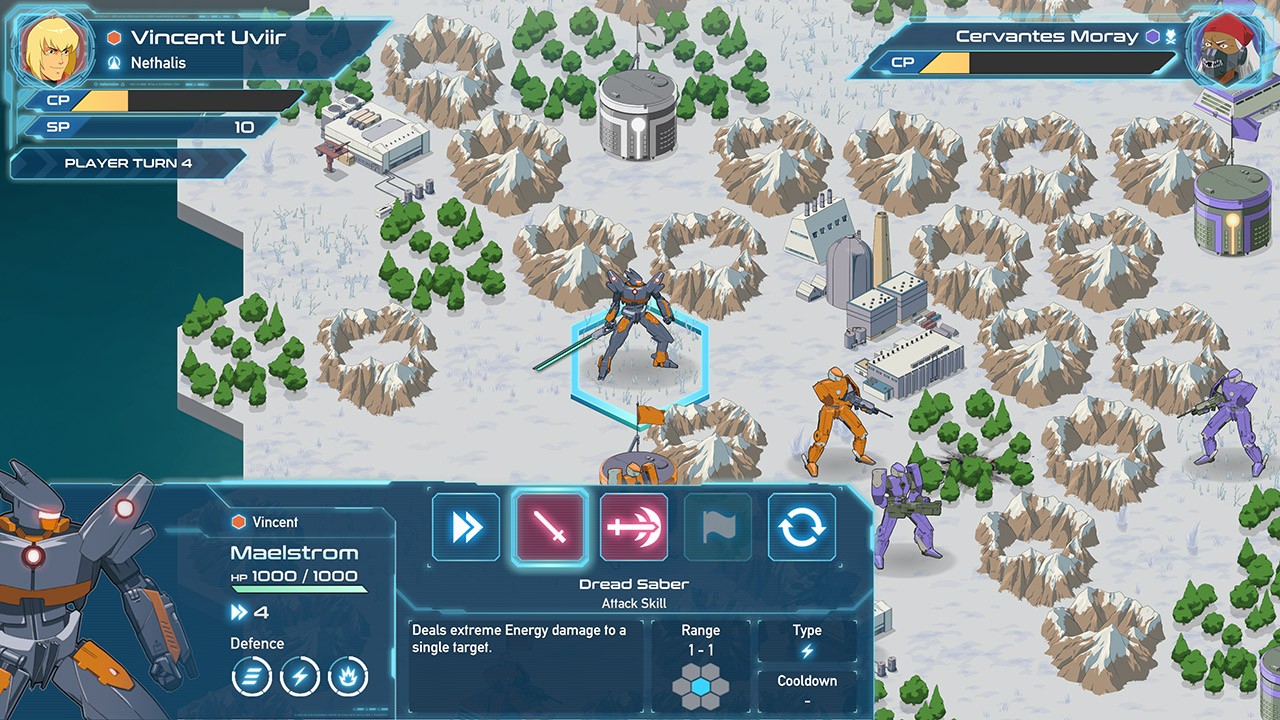 As far as movement and combat are concerned, everything here plays within a template of familiarity. There’s nothing particularly new here, but what it does have, has already been tried-and-tested and used to great effect. Variable missions task you with offence and defence, scouting, protection and escort duties. Long range units are effective from distance and shorter range units are deadly in close-quarters combat. However, each of the units can also posses some interesting mechanics to keep things feeling fresh; Deity units being able to take out multiple targets or heavy armour being able to fire off two-or three rounds, rather than just a solitary one.

As well as an extensive campaign that will take around twenty hours to completion, the game also contains a skirmish mode where you can customise your own battles against AI opponents, as well as an extensive level editor that allows you to create your own maps. As well as this, the game can also be played online in two-player skirmish matches. Unfortunately, I wasn’t able to test the online functionality at the time of writing this review, although I was able to create my own levels and play them out against the AI. As an added bonus, user-created levels can also be taken online. This adds a huge layer of replayability and long-term appeal to the title, giving it a near-infinite amount of possibilities in how you play.

Overall, Warborn is a perfectly adequate turn-based, strategy game; even it doesn’t necessarily add anything new to the genre. However, it does contain a retro, throw-back feel; one that easily holds many similarities to the Advance Wars series of games and for that alone, this game makes for a very worthy addition to your library. It’s all presented in a very clean and concise fashion, with its aesthetical look and feel holding many similarities to the Japanese anime productions of the nineties. Its use of Mechs and their variations are cool and produce a satisfying level of gameplay. With a fully-fledged campaign, four commanders to experiment with, AI skirmishes, online play and an extensive level editor, there’s plenty of content here to ensure a long-term investment. Where the game really shines though, is in its accessibility and finely-tuned mechanics, making this an ideal strategy game for newcomers and veterans alike.

Warborn brings the playability of Advance Wars and the look of nineties, Japanese anime to a satisfying turn-based strategic level.