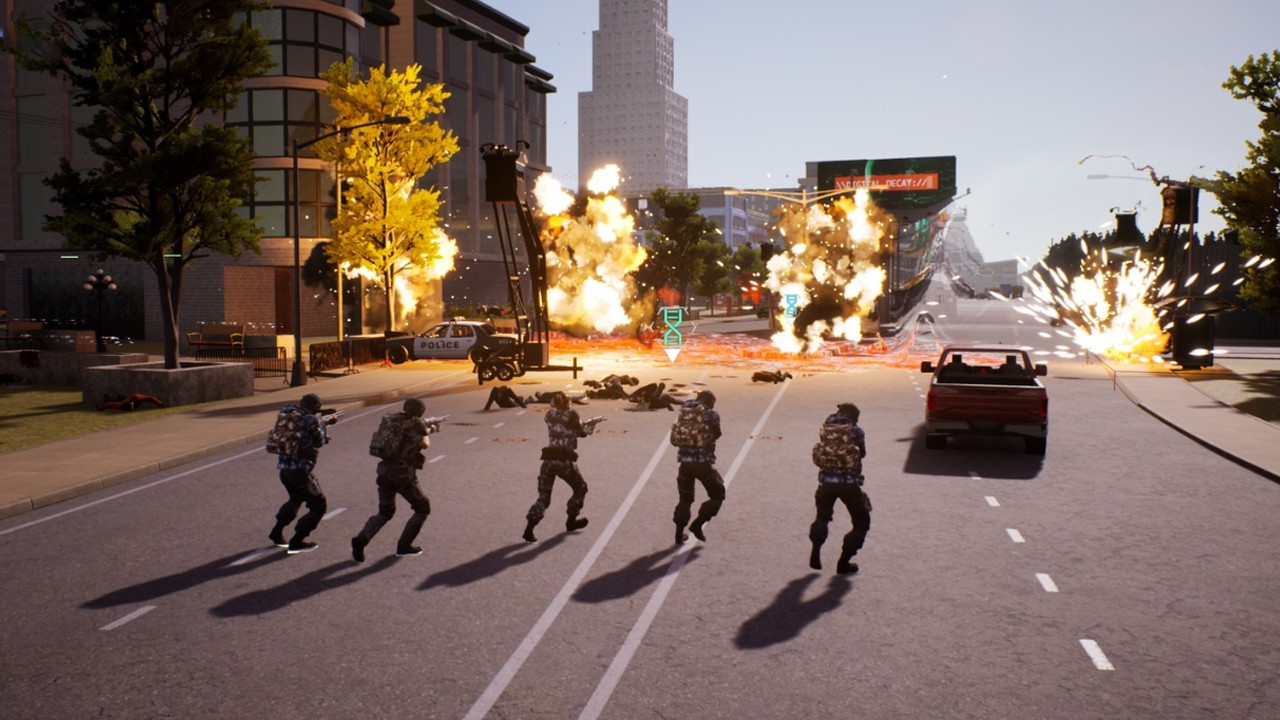 Zombie media, especially games, have been all the rage these past years. From World War Z to The Walking Dead and Resident Evil, lots of creators keep trying to make the next big zombie addition to the lore. Cepheus Protocol takes the zombie formula and marries it to the RTS world. Can it be the zombie Starcraft or will it be another husk in the pile of stinking corpses?

Cepheus Protocol is an RTS strategy game that tasks the player with commanding Captain Winter and her squad in recapturing an island from a Patient Zero who slowly infects it as time goes on. Once Patient Zero is killed, the game is over. Spoilers: That is the story to date in early access. Currently there is only pandemic mode, where Captain Winter needs to capture zones around the island, defend them to keep civilians safe and earn money, all while gathering the appropriate resources to upgrade weapons to kill Patient Zero, who will keep resurrecting otherwise. The game can continue once Patient Zero dies, allowing players to free and cleanse the rest of the infected parts of the island. This offers extra replayability for the player to work on either faster wins or a high score, meaning improving on the number of citizens not becoming infected.

Captain Winter is the only unique character in your arsenal, however there is a plentiful upgrade tree of units that can add variety and strategy to combat. Engineers allow buildings to be built anywhere you control an area. Medics will heal your units. Heavy Gunners bring the firepower. Scientists can gather the DNA of dead zombies to use for research. Since the player can only have a limited number of units at one time, the strategy comes from managing and balancing short-term and long-term plans and situations. 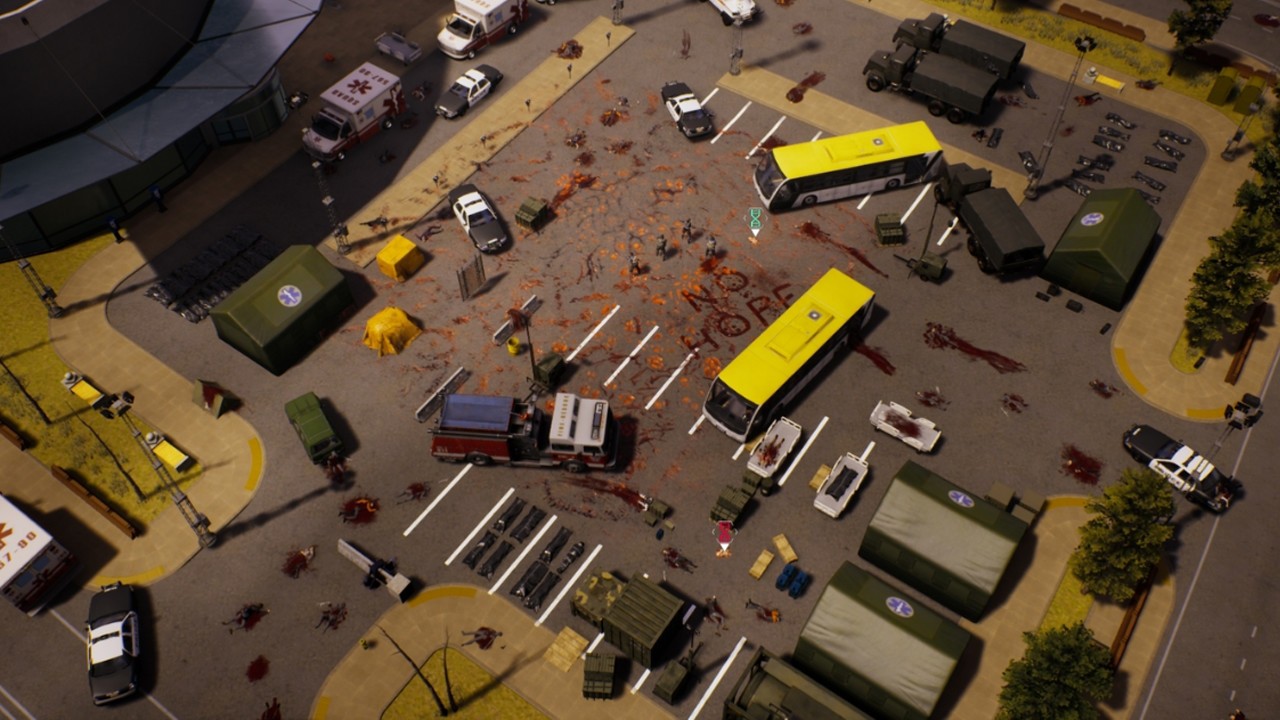 The base building can be fun and strategic, especially when plotting where to put defensive structures, however at times it can get slow and wonky, where best-laid plans are ruined due to the game not utilizing locking mechanics. Building walls are smart when wanting to block off an area but the walls do not snap into the surroundings. Players need to trust they block the path fully, or take excruciating amounts of time to zoom in while placing the structures. One small hole is enough for the infected to squeeze through. Currently, there are also a lot of bugs when building structures as randomly the engineer will just decide not to build it. Thankfully, you can cancel the action and get the money back.

The movement pathing is also lackluster currently. At random times your units will decide to completely break formation to get ahead of other units, decide to switch spots in the formation and slow everyone down, or simply not decide to move. For a game built around survival, the pathing needs to be spot on from the beginning or else players lose not because of a miscalculation or poor strategy but instead due to poor coding.

The enemy has a huge advantage compared to the player as they can spawn units continuously while the player only gets few in comparison. This becomes a problem when wanting to take out infection towers. Once the enemy starts spawning faster zombies and bloaters, among other stronger units, there is simply not enough firepower to handle the opposing numbers when on the offensive. One way I’ve dealt with this is by utilizing mortars to simply destroy the towers from a distance and send in units for mop-up duty. This works but is painfully slow and boring because there is no select-all mortars command. Having to slowly micromanage a dozen mortars, individually choosing targets by panning back and forth, is not fun, especially since the map is quite big. 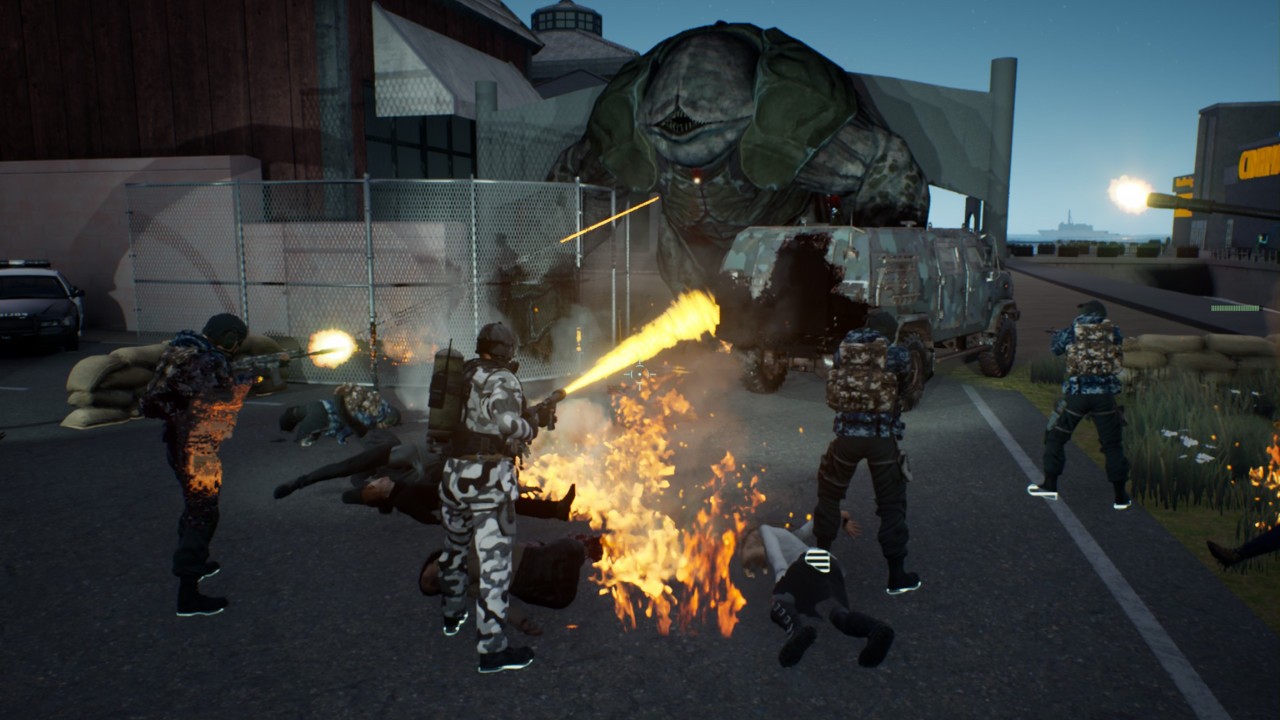 A lot of the difficulty in the game comes not from the challenge of holding off the swarms but by the tedious micromanagement. Every machine gun placement needs to have its ammo replenished manually. Every gate needs to be opened manually. Everything needs to be done manually. The game does not employ a pause system to allow players to handle the 50+ different micros needed to be done at any given moment. Technically, there is a ‘slow-mo’ mode, but time still continues. In order for the game to reach Starcraft levels of depth, it needs to fix the unnecessary micros.

This review, overall, has sounded quite harsh. Yet Cepheus Protocol has the foundation to be a good, if not a great and fun game. Right now though in early access, the frame does not have anything built on it, leaving players with the bare bones and unknown waiting times before more and more content is released. Check this out in the future if a single game mode is not up your alley. Lastly, if you’re reading this review in the future and some, if not all, of the mentioned problems are fixed then tack on more points to the score because the creators have released a roadmap of additions, some of which could address some if not all of these problems.

A game that released too early even for early access, it has the foundation of what can be an excellent RTS game but is currently lacking a lot of features and bug-free gameplay to keep up interest past a playthrough or two. Check it out once more features drop in the future.