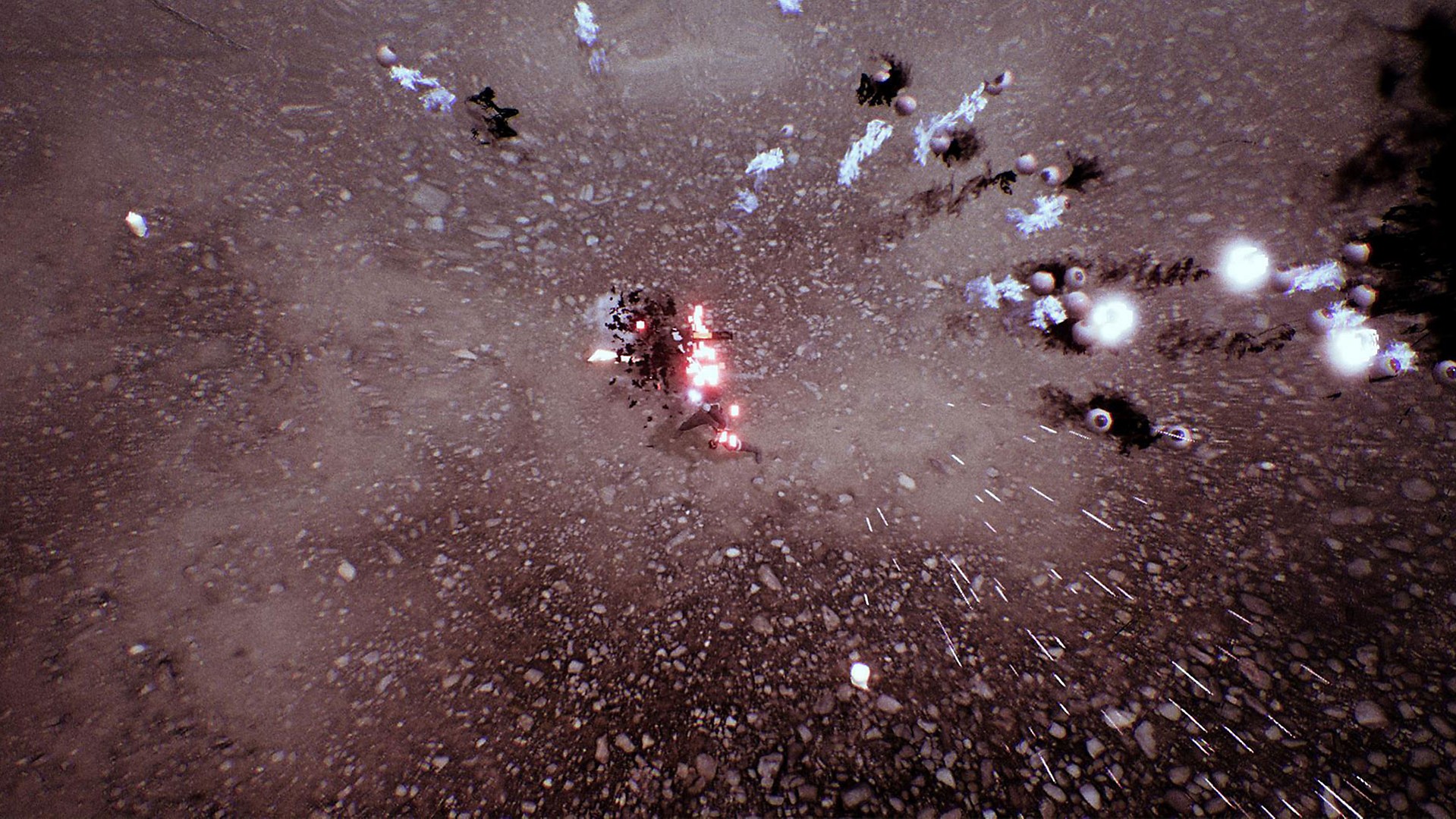 Nuanced games with simple controls, minimal HUDs yet a bit of ambiguity appeals to me. Sometimes it’s refreshing to play a title that doesn’t require a complex tutorial where you’re still looking at the buttons hours into the game not getting whether you’re ‘doing it right or not’. Ling: A Road Alone has these sought after features, but it just feels lacking.

That’s not the most constructive response, but it’s a bit of a mixed bag as the presentation and simplicity is appealing at first, but the repetition and reliance on a specific game mechanic to get anywhere are both frustrating and monotonous. Now would be a good introduction into the story, but it lacks one. Before I continue, I have to stress as per earlier, I love ambiguity where I’m thinking and asking questions much after the experience. In a film, this is one of my favourite elements, and it works great in games too, but in Ling: A Road Alone, there’s not enough dots to connect to form an opinion, nor do you really care.

Starting in the wilderness, your surroundings are covered in snow. You’re a long-haired character with a glowing fist that gives a knowing nod at Iron Fist, and you drag an over-sized bastard sword where the character carries it more with the grace of Pyramid Head from Silent Hill 2 than Cloud Strife of Final Fantasy VII fame. In addition to that, you have a dash which can be used for dodging attacks. Other than that, there’s nothing else there. The right stick is redundant, there’s no inventory or equipment list, and frustratingly, there’s nothing that remotely resembles a lock option when fighting enemies. 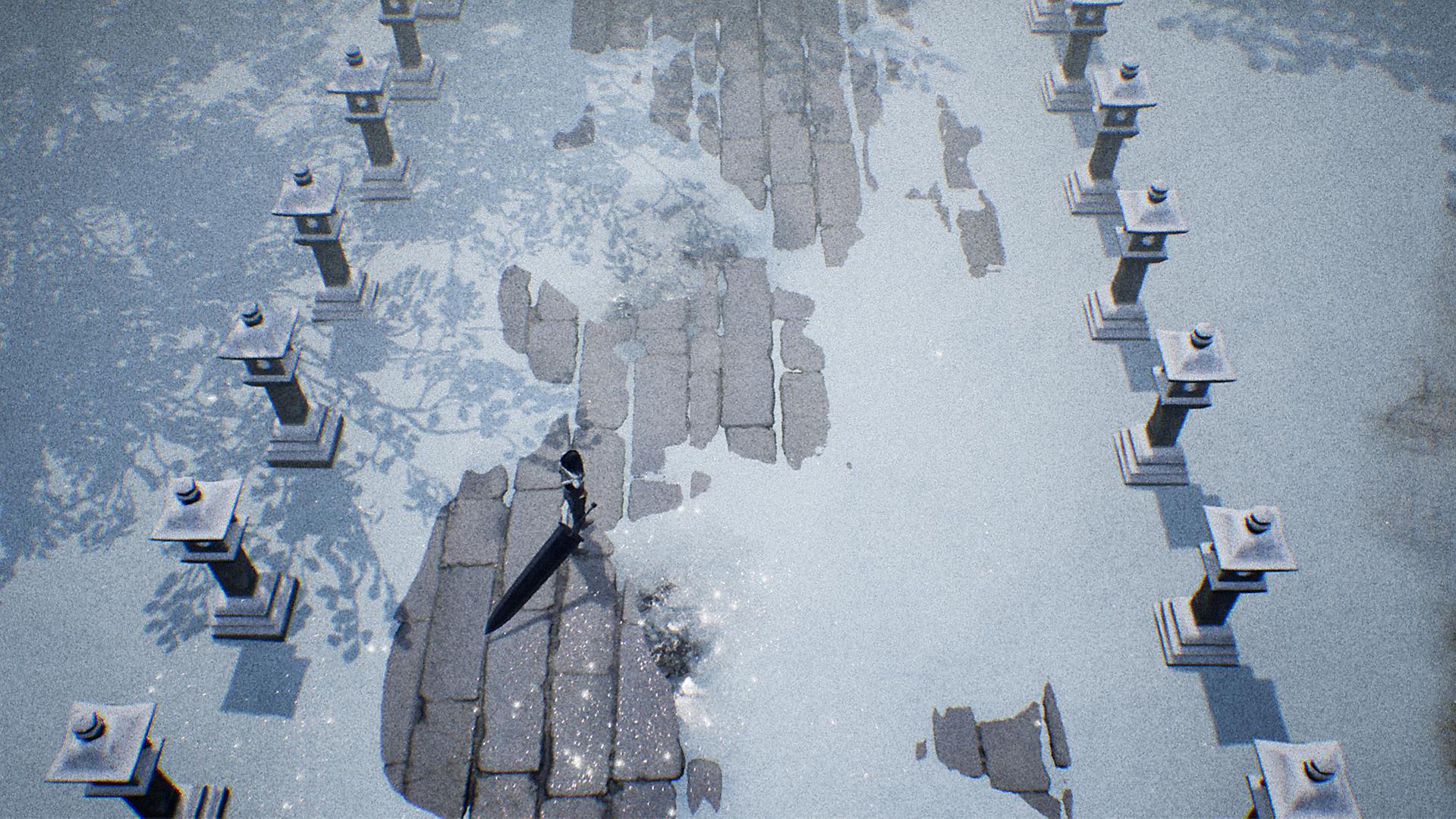 Ling: A Road Alone is a top-down/isometric action game that looks a little like it was cast from a Diablo 3 mould, though with an arcade simplicity. At first. Touted in the promotional material as a hack and slash, while it does look like that on the surface, the counter mechanic in the game slows everything down so a sluggish halt. Though you can mindlessly bash the buttons on lesser characters when facing the frequent bosses, you have to time your attacks; otherwise, you’re in for an endless fight.

After the first few minutes, I eventually encountered a tutorial; well, it taught the one mechanic needed for the game. You have to time it so that just before an enemy attacks, you hit them with your fist then swipe with your sword to do maximum damage. If you time it wrong, their health starts to refill, and this happens with the bosses, all the while you’re getting swarmed by other enemies. What is perhaps the biggest flaw is the animation is relatively swift, so while you think you’ve just spotted the opening for the attack, they hit you, and they earn more health, strike too early, and no or little damage is done.

It became evident this was required to get through the game, and that’s when my interest diminished. As you walk through the long paths where there are hints of civilisation, nothing really happens. Instead, it seems like endless attacks by the same type of lesser enemies. This would be fine if you’re levelling up as I like a good old grind (don’t quote me), but it’s pointless here as there are no levelling up devices or any incentive other than to say “Ling: A Road Alone? Yeah, finished it”. You’re not overthinking that lack of enthusiasm in my tone. 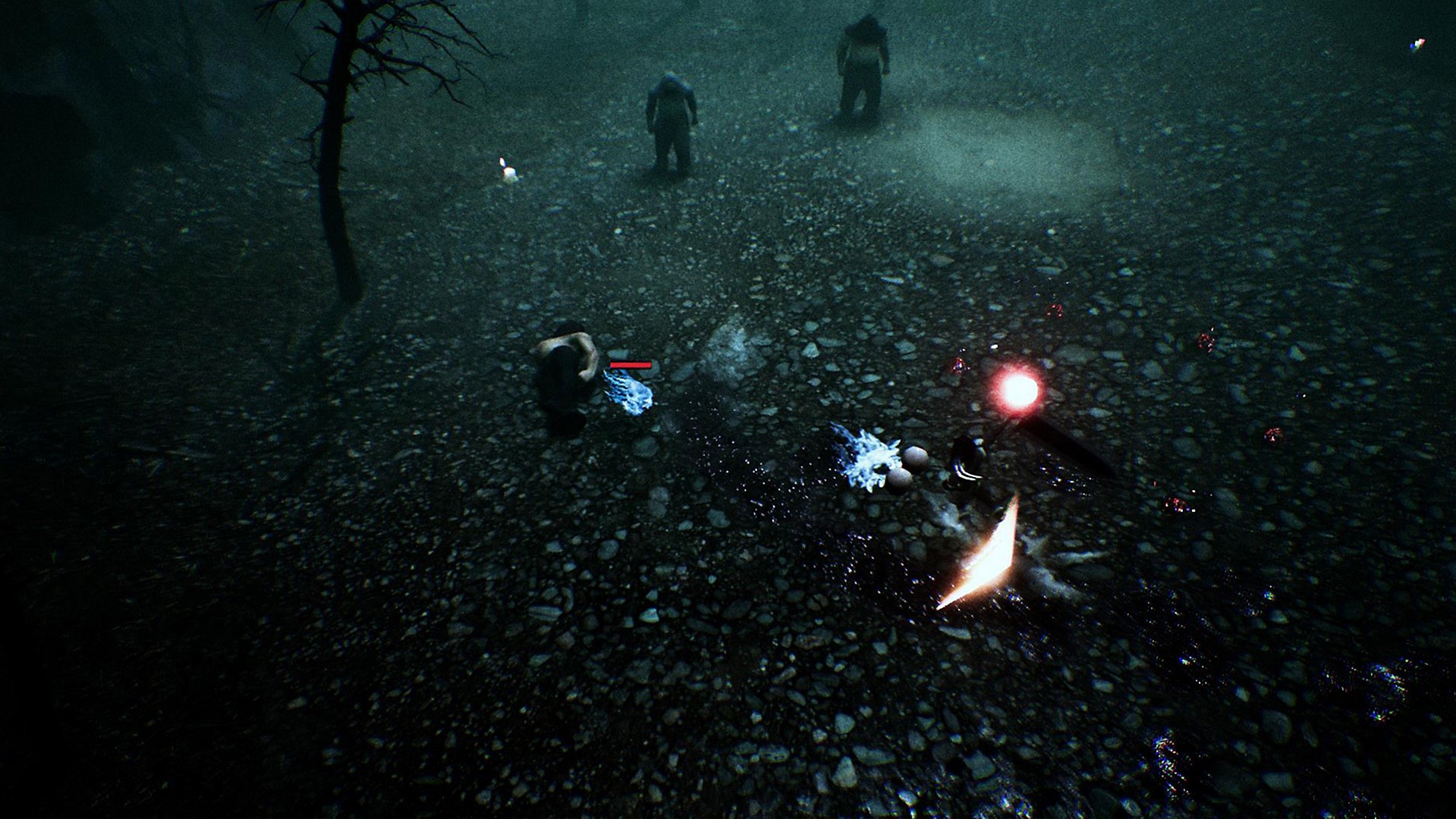 When your character dies (quite often, even if you switch to the ‘beginner’ mode), the game will switch to a first-person look at a scene close to where you died. There’s usually nothing happening in the frame, just lightly hovering (insinuating the soul, perhaps?) and rapidly pressing the buttons on the controller to get on with it. When I first played the game, I had to reboot it as the game was perpetually stuck in this view from the outset. There were no titles, no ‘press this button’, and despite frantically hammering all sorts of combinations, it wasn’t meant to be, and I started again.

On the surface, the graphics were nice, and it’s not all snow settings, and even the animation is fine, but the lack of moves, weapons and development offers no real depth. The only real saving grace is the counter technique of waiting for an opening and smashing the sword attack button, and that’s tiresome as the bosses will mostly spam the same attack. At the same time, you continuously take the hits until that one fist can connect, take off a good amount of damage with the sword, then rinse and repeat as you mistime your attacks as the boss refills their health. And don’t get me started about the projectiles in the game and landmines.

Ling: A Road Alone isn’t a terrible game, but it isn’t one that I can recommend because winding someone up isn’t my thing and despite there being so many hidden gems out there, this isn’t one. If you’re looking for something that is essentially simple, yet on the other hand very challenging, then it could be for you. Still, to be truthful, that lack of incentives other than perfecting your timing skills simply isn’t enough to offer up any real praise here.

Deemed a hack and slash, but the frustrating timing/counter-attack prevents it from fitting in with the genre so much, Ling: A Road Alone is too trying for most gamers due to the repetitive moves and lack of features.