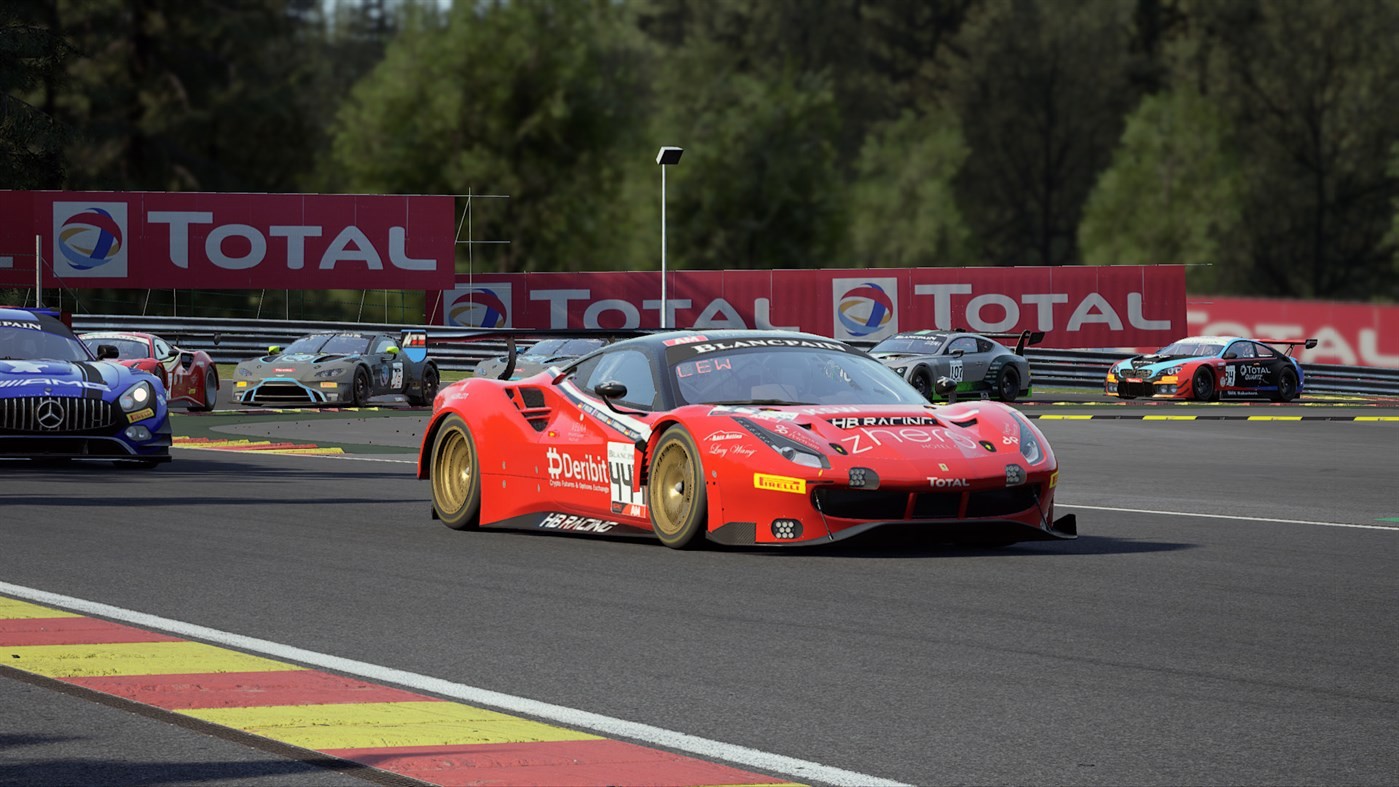 Racing games in the last few generations have become sprawling, utterly comprehensive beasts, obsessed with covering every inch of professional motorsport. That might be ok (if a little tiring), for the mega-rich likes of Polyphony Digital and Playground Games, the kind of developers in which money and resource would rarely be an issue, but for the AA likes of Moto GP, Assetto Corsa, and comparatively speaking, even the likes of Project Cars, I always got the impression that such a comprehensive approach ultimately comes at the cost of overall quality.

Sure, most of those games are at least good, and in some respects, actually rather brilliant, but if one of these less well-resourced developers committed to a more focussed approach to motorsport, couldn’t they create something genuinely special? Some might bemoan the comparative lack of content, but for my money, Codemasters already proved as much with the utterly fantastic and criminally underplayed GRID, a game that pares everything back to create a pure racing experience that, pound for pound, is as good as anything else released this generation.

Now, let’s be clear, 505 Games and Kunos’ largely excellent Asseto Corsa spin-off, Assetto Corsa Competizione is a very different game to the more casual-friendly, GRID, but by narrowing the focus of their game, they have managed to create a racer that, while not without its issues, delivers an experience unique to the more sprawling likes of Gran Turismo and Forza Motorsport. That might narrow the games’ appeal of course, and I for one had never actually heard of the Blancpain GT series upon which the game is based and fully licensed, but honestly, if you’re a fan of simulation racing games, that really shouldn’t matter, as behind that narrowed focus lies one of the most beautifully crafted racing games of all time.

As visually stunning as it is amazing to play, if judged purely on its moment to moment gameplay, Assetto Corsa Competizione might well be the finest racer on the market. By limiting the numbers of cars and tracks to those found in the GT3 series, Kunos has been able to deliver a level of visual detail and mechanical authenticity that arguably puts its more financially robust competitors to shame. 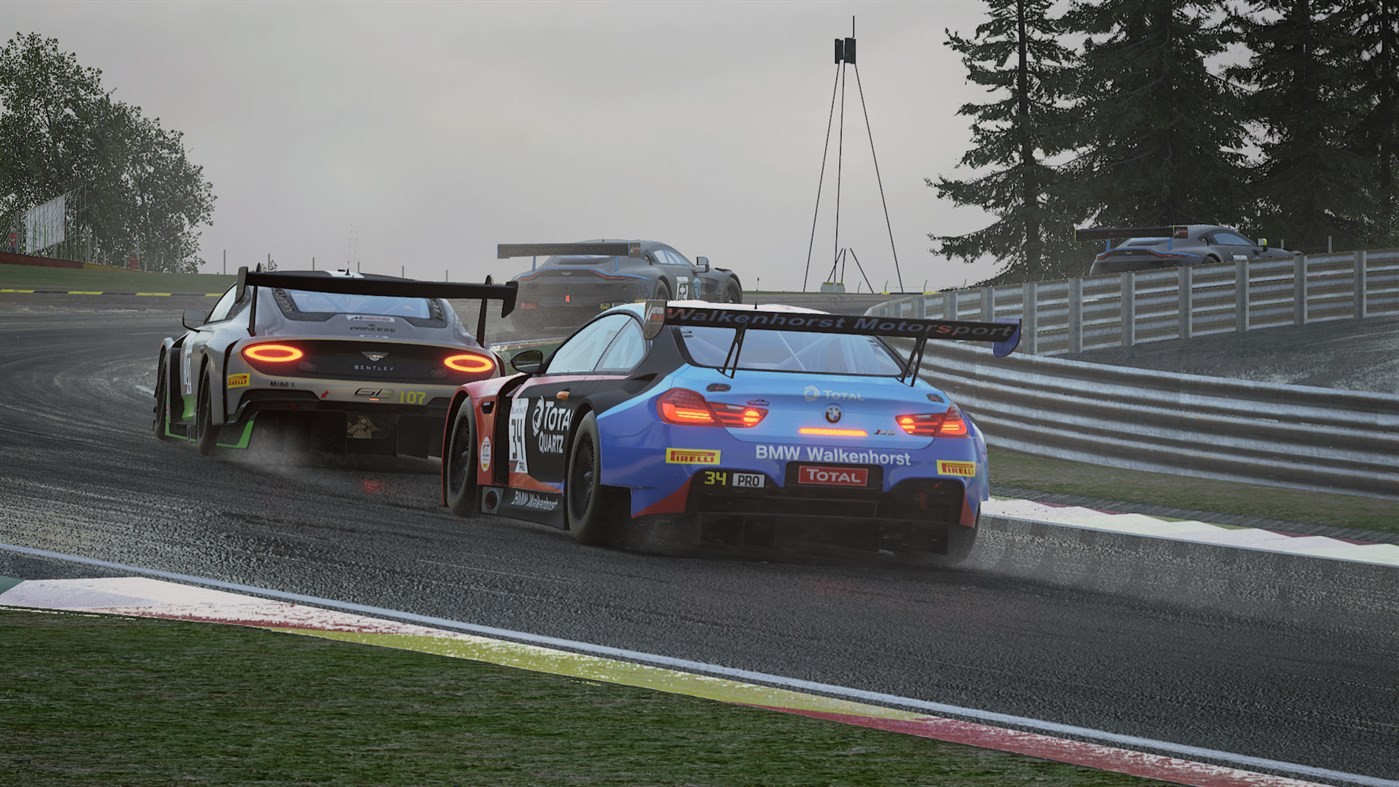 Whether it be the Bentley Continental, the Porshe 911 or the Audi R8, every fully licensed car has been lovingly recreated with an unbelievable level of authenticity; from the exceptionally detailed interiors and exteriors to the outstandingly distinct handling model of each vehicle, and perhaps best of all, the ear-splitting sound of each cars’ monstrously powerful and sonically aggressive engine, Assetto Corsa Competizione arguably overcomes its limited content and vehicular variety by ensuring that each and every car you drive feels utterly unique.

Sure, the handling for each car is invariably tied to the underlying physics of the GT3 Series with hard turning and huge downforce coming as standard, but despite all races falling within the one series, it is amazing how different each car actually feels, and with the relentless requirements for racing perfection, moving from one car to another can actually feel rather daunting. This level of challenge of course won’t be for everyone, but for those looking for a  genuinely authentic racing experience, few on the market come close to matching the intensity and realism of Assetto Corsa Competizione.

Whether it be the unique handling of the vehicles themselves or simply dealing with the basic race requirements of the sport itself, this is a game that asks you to be perfect on each and every turn. From the surprisingly intense rolling starts and the pressure of getting your pit stops right to managing your tyre wear, this is a racer that asks more of the player than most. Even if you turn off the more hardcore / sim-based requirements, reduce the AI (the lowest it goes is 80, which I’m pretty sure is the equivalent of the easiest setting being ‘hard’), add racing lines and minimise damage, Assetto Corsa Competizione is still a brutally unforgiving racer, one that insists upon your full concentration at all times.

There may only be eleven official race tracks (plus four additional tracks as pre-order DLC), but like the cars, each track feels like an utterly unique challenge that needs to be mastered, and with dynamic weather featuring across all circuits, that unique challenge can change in a moment’s notice. You may think you’ve got a specific car or track mastered, but throw some heavy rain into the mix, and that can all change very quickly. Beyond being gorgeously realised from a visual perspective (Assetto Corsa Competizione has some of the best rain effects I have seen in any game), the change to the handling of your car and feel of the track can be huge – especially if you haven’t got any of the assists on and are dealing with such complexities as tyre wear and tyre heat.

In terms of realism and the connection between car and track, Assetto Corsa Competizione might well be in a league of its own, but as an overall package, the game isn’t without its fair share of issues. Some will bemoan the reduction to ‘just’ 20 cars on track for the console release (the PC version was released over a year ago), but the real issue is the required drop to 30fps. Now, I’m not a tech guy, and for my money, plenty of games run just fine at 30fps, but for a game of this ilk, the results are undoubtedly jarring. As gorgeous and beautifully detailed as the tracks and cars might be, that beauty is somewhat ruined by the games’ jittery technical performance. If it ran at a solid 30fps, it might have got away with it, but when things get busy, the game drops quite a bit below that, and even when you’re racing on your own, the game never runs as smoothly as you’d like it too. In the car too, as gorgeously recreated as the interiors might be, the inside view and all of those amazing details are disappointingly undermined by the crazy hand animations. I know, steering animations shouldn’t be that big a deal, but the steering style looks so unnatural that it totally took me out of the game and ensured that I stuck with the exterior view when racing. These are issues that might well be fixed down the line, but for now at least, the technical performance on all consoles (including PS4 Pro and Xbox One X) is definitely an issue. 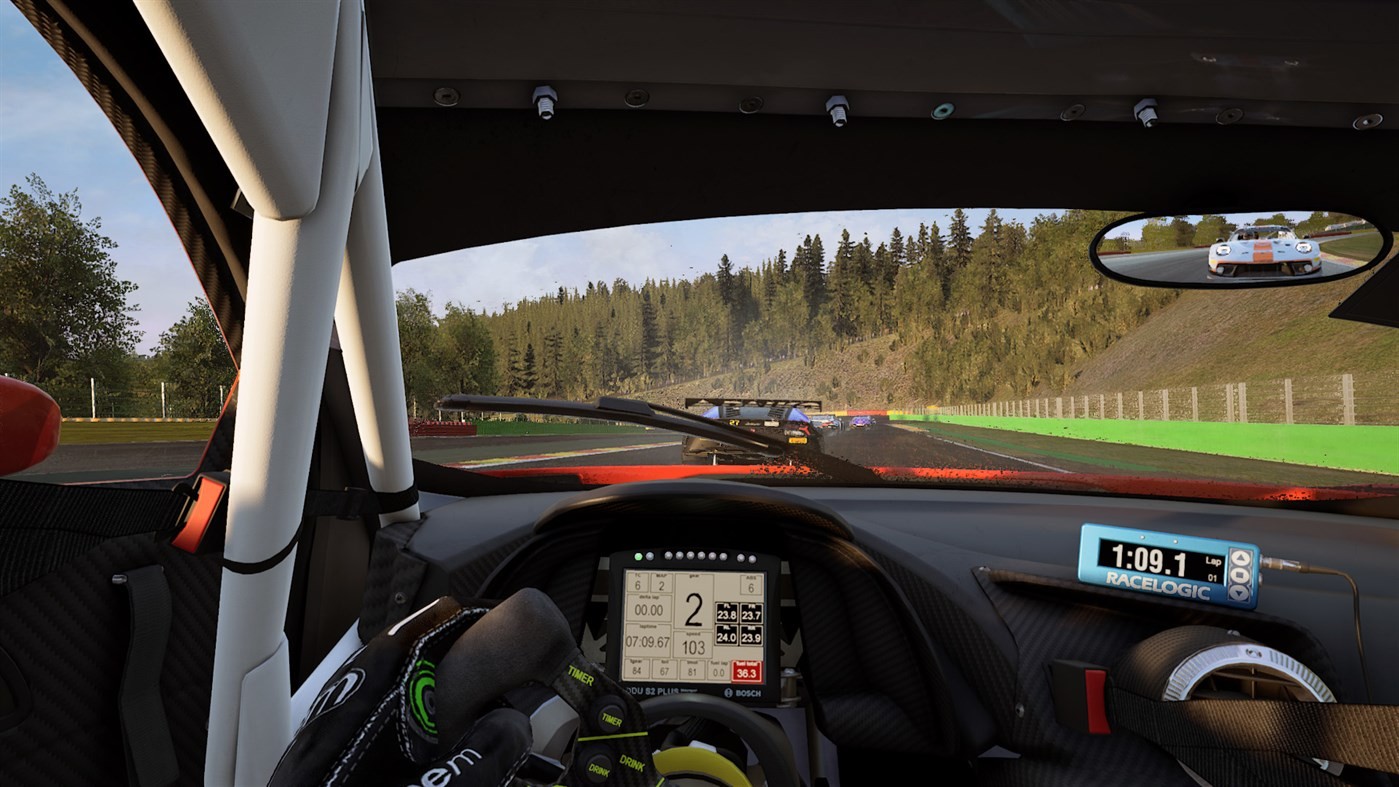 Beyond that, well, the other issues are far less egregious and will depend largely upon your own expectations. The current lack of private lobbies will be an issue to some (especially given the games’ clear intentions to embrace the eSport crowd), but for the most part, the online aspects of the game work pretty well and are linked ingeniously to your own racing talents with certain events (on specific servers) only accessible to those of a certain ‘SA’ level. The campaign, while lacking the finer depth or the more management related aspects found in other racers of this ilk, is perfectly serviceable, but that’s about it – serviceable. Like just about everything off track, the campaign is just fine and does its job without ever pulling up any trees. Like the limited content, this will be an issue for some, but honestly, the streamlined nature of the campaign ensures that the emphasis is always on the track, and that is where Assetto Corsa Competizione undoubtedly shines brightest.

The lack of content will be an issue to some, but I for one believe that the streamlined focus on a single racing series is of huge benefit to a game of this ilk, one that allows a mid-sized developer such as Kunos to genuinely compete with the genre’s big boys by keeping the emphasis on what it does best. In terms of pure, sim-based racing, Assetto Corsa Competizione is arguably top of its class with a driving model that accentuates the unique nature of every vehicle and track created within the game. Yes, the number of cars and tracks is comparatively small, but mastering each one can feel like its own unique accomplishment, thus delivering plenty of longevity for those eager for a genuine automotive challenge. What ultimately keeps this game from greatness is its technical issues. It might well look gorgeous (especially in the rain), but with the frame rate often dropping well below its 30fps target, the game never runs as smoothly as it should, and while the actual racing isn’t adversely affected in any great way, it does lead to an often jarring visual experience. Hopefully, those technical issues can be ironed out in future patches, but as its stands, Assetto Corsa Competizione is a genuinely exceptional racer that, on console at least, is ultimately let down by its technical deficiencies.

Assetto Corsa Competizione is a genuinely exceptional racer that, on console at least, is ultimately let down by its technical deficiencies.