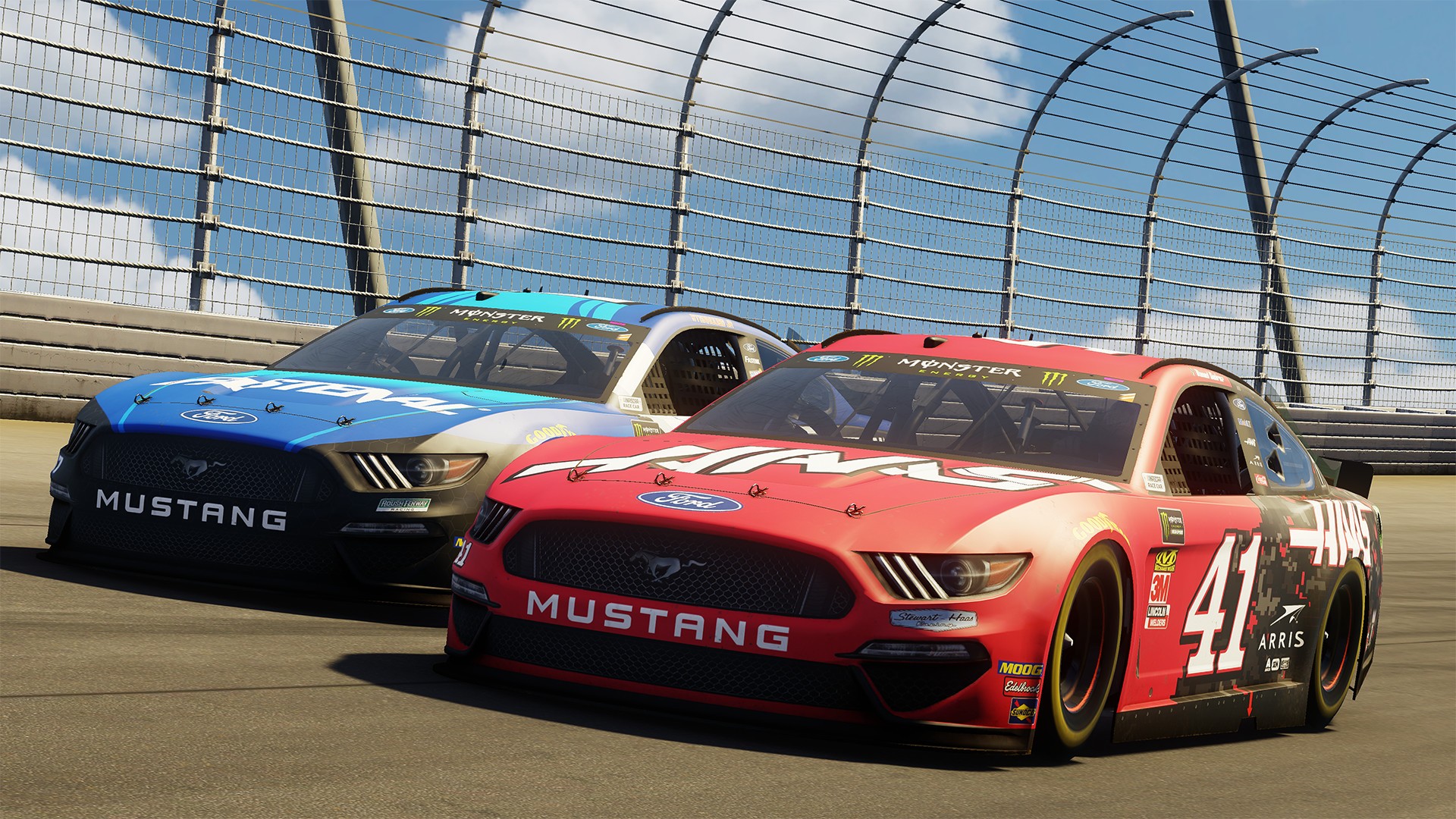 I’ve never been into Motorsports much – but I have always enjoyed racing games. Gran Turismo is a franchise that I have always kept an eye on having fallen in love with Gran Turismo 5, known for how scenic its view of the track are as well as how easy on the eye the cars are as well. When making a driving game in the modern age, it really becomes a showcase of the graphics and sound design capabilities of games.

The gameplay of driving games is never really going to evolve, especially in a sport like NASCAR which, while technical, is not as technical as other driving sports. It can pretty much be reduced to the motto of “car go left very fast”.

While the sound design and the graphic of the cars themselves look very nice, the backgrounds and the crowds look like they belong on the PS2. For a game trying to create an authentic NASCAR experience, this is rather disappointing as it doesn’t simulate the sport as well as it would like to.

Considering the fact that NASCAR Heat 5 has just come out, the multiplayer servers for this game are as dead as you would expect them to be. Gameplay wise, the career mode is the main spectacle. You rise your way up from Dirt tracks to the Monster Energy NASCAR series by either making your own team (with a disappointingly limited amount of customisation options) or joining another team. 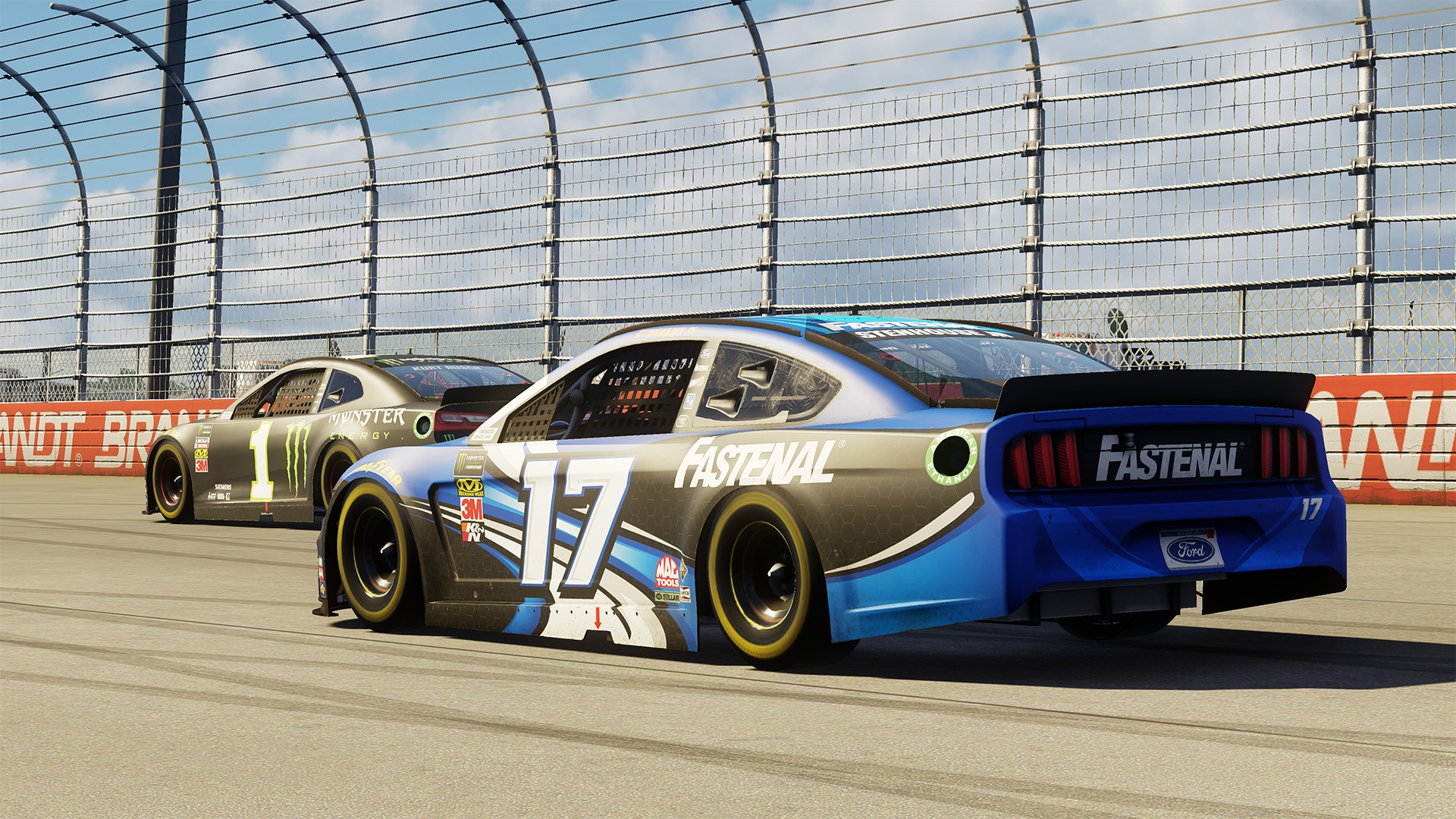 If you join another team, then you will be constantly driving around in a circle for a very long time. At least there is an attempt at some RPG elements in creating your team, as you customise your vehicle and upgrade your equipment and staff. Even if these are a bit shallow (are they are in pretty much every sports/ driving game), at least it offers some variety. Once you fully upgrade your car though, the races become trivial. You could start in last place and quite easily come top 5. You will have to completely bottle the qualifying stage for this to happen.

The game also boasts a ‘rivals’ system, where if you keep crashing into other drivers, then over time they will be more aggressive towards you. I never really noticed this system manifest, which is a bit disappointing, yet it is quite funny to provoke these drivers on some fake version of twitter.

An aspect of career mode that I can say offers nothing of note apart from a good laugh about how jarring it is compared to the rest of the modes is the fact that real drivers from the various NASCAR leagues will mentor you, with videos of them in real life sitting in a room telling you “good job” or “hang in there” depending on your performance. Every single driver looks incredibly bored, I can only hope they were not paid too much for their performances. 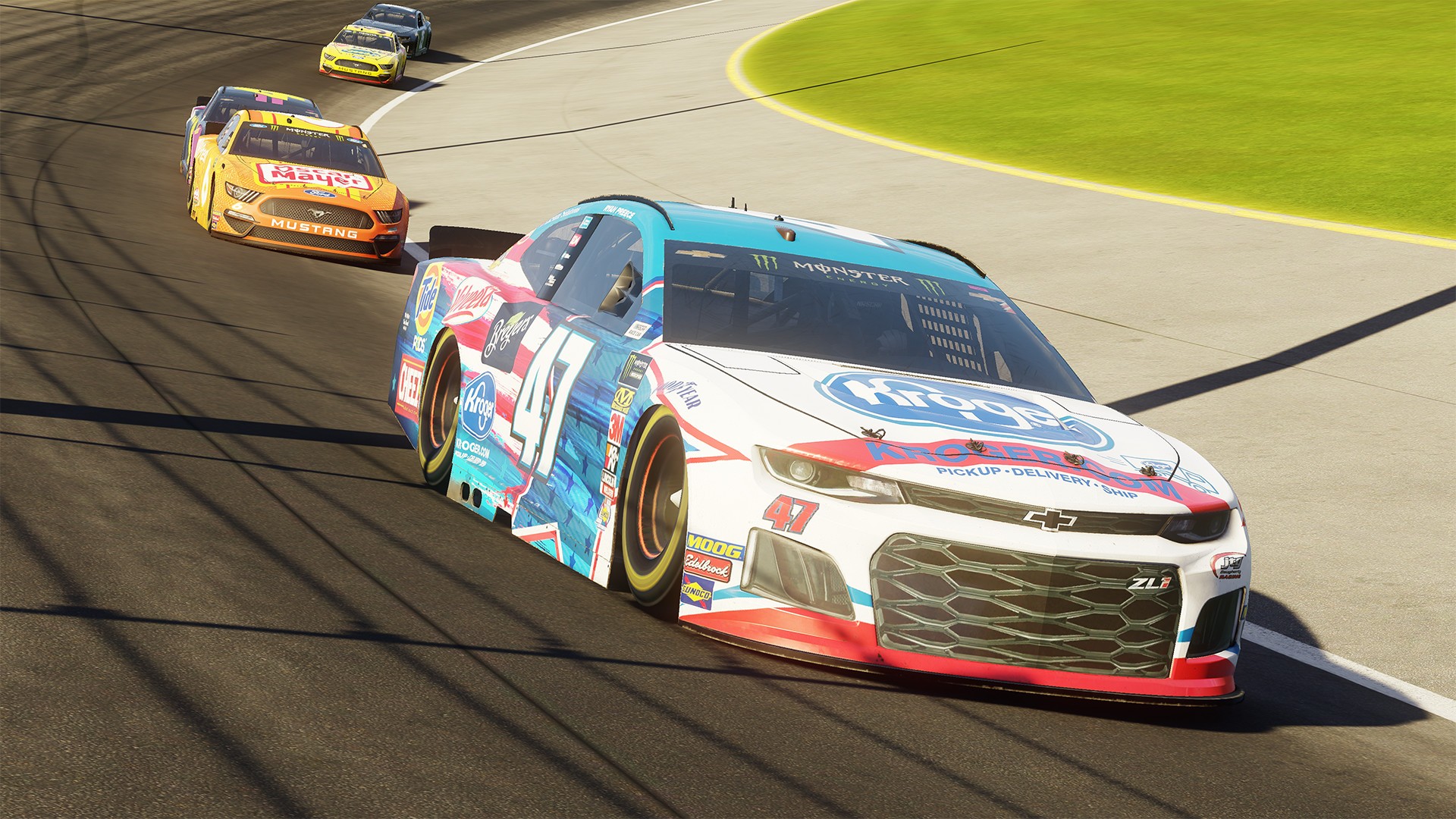 There is an interesting challenge mode, which claims to be doing something different. Challenges will offer a scenario from real NASCAR, but tweak the car, tyres, speed, etc. To make things interesting. It tests your skills in going left very quickly, but going left very quickly is not exciting unless you already love NASCAR. The only difference between the ultimate edition and the standard edition of this game is the fact that the ultimate edition has a few more challenges in it. Calling it ‘Ultimate’ is very much overstating the upgrade value.

If you want to race the Daytona 500 or the Talladega 500, there is nothing here to stop you. But considering that each lap could take you up to a minute, this could take you over 8 hours to complete the bloody thing. A dream come true for Superfans of NASCAR, but I think that anyone who isn’t a Superfan of NASCAR would think it was insanity.

Overall, for the fact I am not a NASCAR Superfan, I can’t say I found much enjoyment from this game. I doubt many NASCAR fans will pick this up, especially as NASCAR Heat 5 is out, so this game is pretty much dead in the water.

For a game trying to create a really authentic NASCAR experience, this is rather disappointing as it doesn’t simulate the sport as well as it would like to.