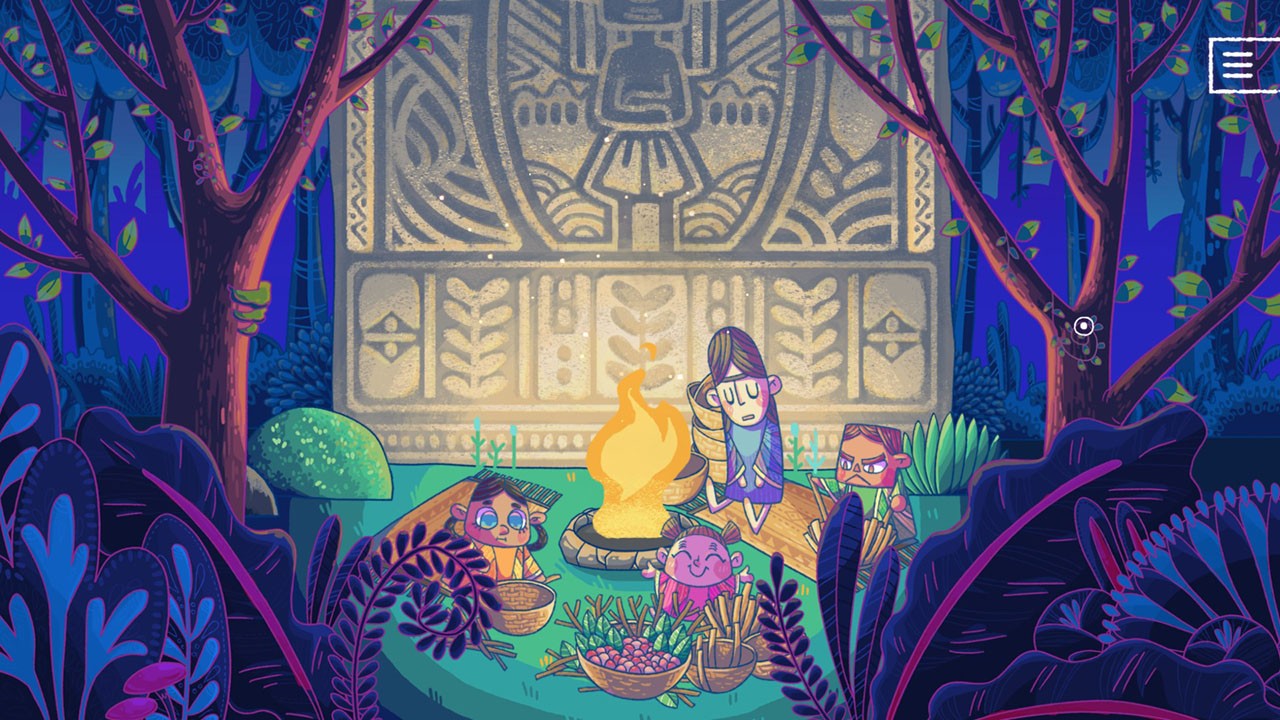 Going into She and The Light Bearer, I did not realise that this pretty and poetic point and click adventure title was aimed at children. (It’s 3+ age rating did not tip me off!) However, despite its child-friendly aims, this charming and interesting game used the genre to create an interesting experience not limiting the enjoyment to just younger people.

This game follows a fairly simple plot. The tale of this game is told in a storybook-style by Grandma White to her grandchildren. You play as the Light Bearer, fondly known as a Firefly. Only small and relatively gentle, you are exploring the world entirely created by ‘the Mother’ in a biblical style story. When the Mother fell asleep and disappeared, life became harder for inhabitants of her world. The little firefly sets out on a task to find the Mother. But when she is caught in a gust of wind, losing all of her possessions. Her task of exploring the forest proves more challenging than she first expected. Firefly must meet unusual friends to solve puzzles and solve the mystery of where the Mother went.

Despite its simplicity, the plot of She and The Light Bearer is a refreshing and relaxing story to consume. Away from the darker themes of many points and click adventures, this childlike fantastical world is full of colour and life. All the characters, even smaller NPCS, felt charming and well written -each having their own energy and individual spirit. Whilst there were some errors grammatically and spelling-wise in the narrative, it is a strong piece that can easily be enjoyed by children. Be warned, like many of its genre, this point and click narrative game is heavy on the reading and light on gameplay. 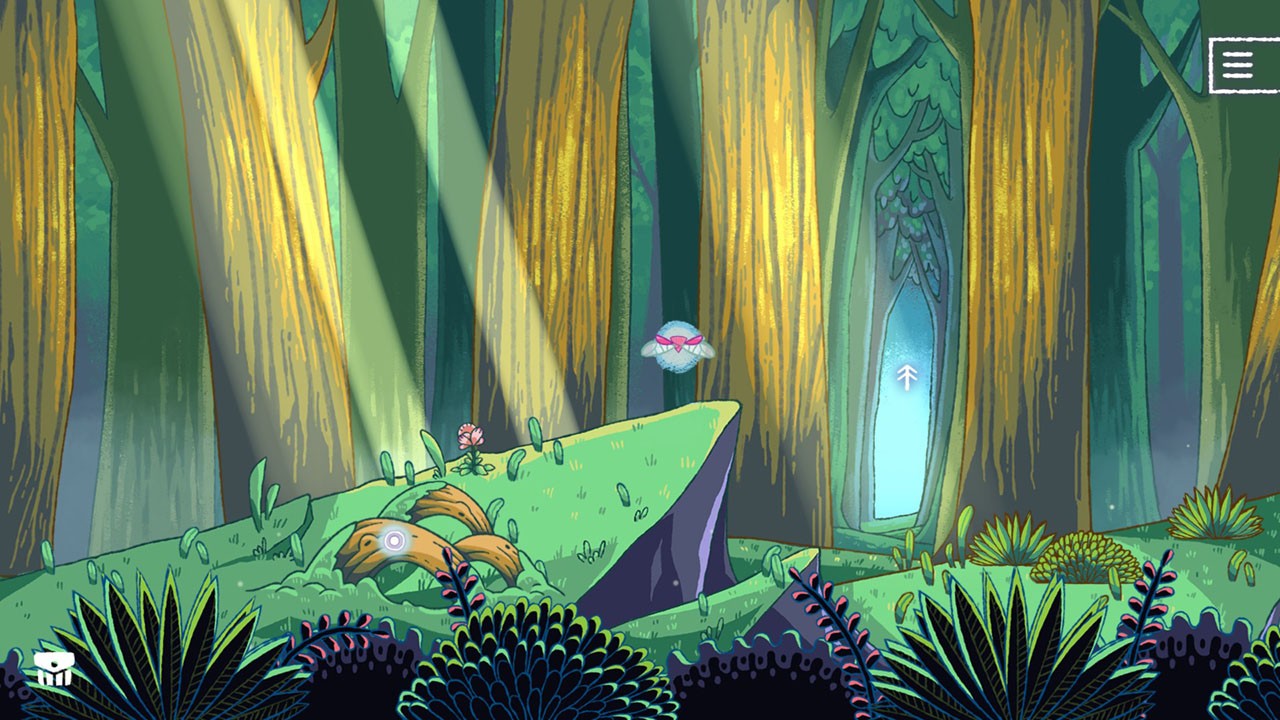 Gameplay is very limited in She and The Light Bearer. Most of the puzzles involved are short and are fetch quests. While you may have to backtrack to find, collect and use certain items, these puzzles aren’t very time consuming. Most ‘gameplay’ is choosing narrative choices. However, most of these have no impact on the story and choosing a certain option will just reload the dialogue box and allow you to try out each option, each time. I feel like this limited the gameplay and story, and while it may be simple enough for a child to understand, it may even bore a child to replay this game.

In total, the game is not very long at around 2-3 hours maximum and has very little replay value. This short experience, while a nice and tidy piece, is definitely not the most detailed and fleshed out game of its kind. She and The Light Bearer is certainly not shovelware, but it is a quite limited gaming experience and definitely suited towards a younger audience. 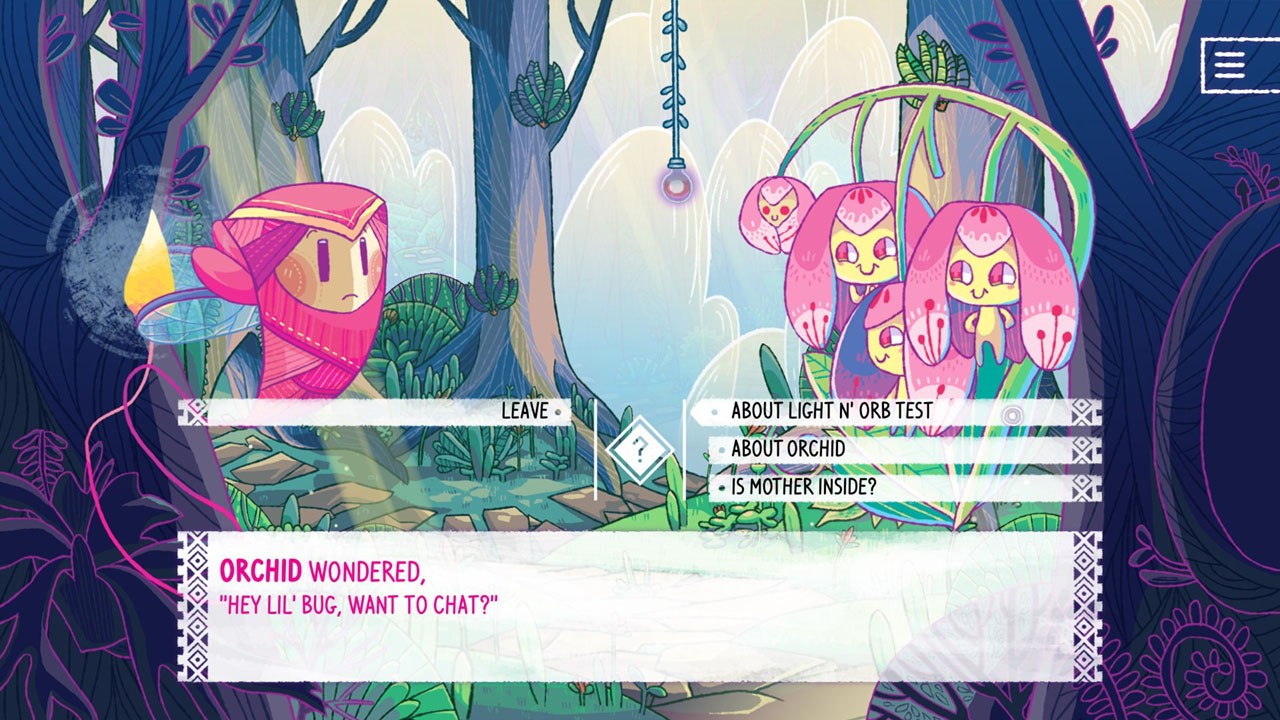 The game flourishes due to its artistic direction. The almost watercolour style of art and design and the original soothing soundtrack are the standout features of the title. It gives this world the originality it needs to sustain its score for this review. The instrumental music tracks were by far the best part of the game, and I looked forward to each new song as I raced through the areas. Playing this on Switch meant I could use the touch screen, and this made the game feel truly involved and the world created through the ambience and art was stunning to experience.

Comparatively, the game reminded me of the moving through the map’s style of the Professor Layton franchise, but without the depth of puzzles. It felt like the entire game was looking for more decorative hint coins that I could never spend. Whilst the characters had the potential to be a strong like those of narrative games such as Cinders and Undertale, the delivery did not quite meet these high-quality comparisons. However, for its price and its young intended audience, this game scratches an itch for a relaxing, soothing game.

She and The Light Bearer Review

You’re only a little bug, but in She and the Light Bearer you’re on a big quest to find the Mother!