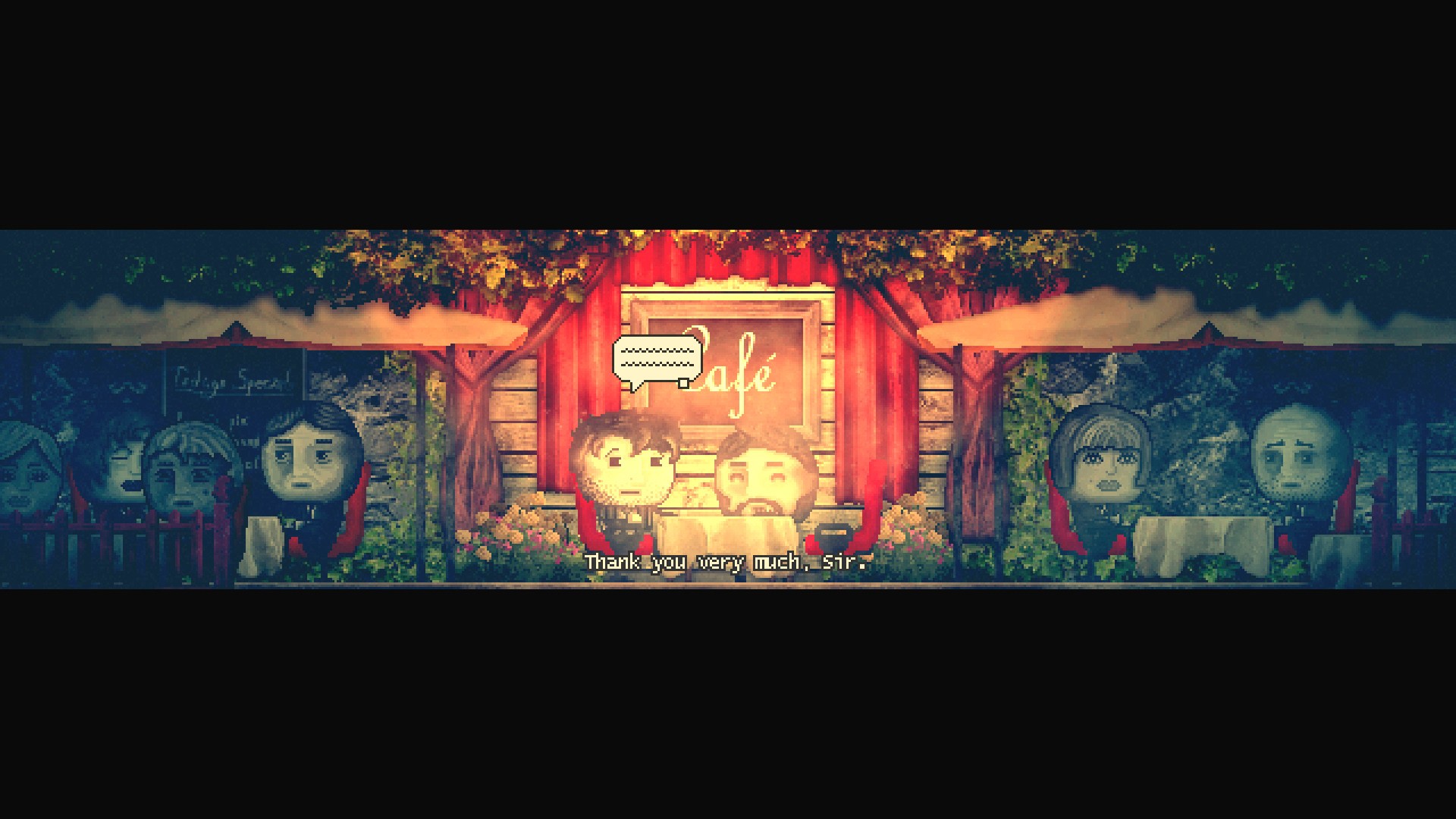 My foray into indie titles these days is mostly limited to the Switch. Still, once in a while, the odd title comes my way on the PS4 that isn’t a triple A. They’re either visual novels or shmups – which is nice and all, but Distraint 2 is a point and click/puzzle type game, but not in a conventional way.

There’s not much that springs to mind that is like this game. There will probably be several titles that come to mind later, but for now, it’s relatively unique.

Taking the role of a chap named Price, we’re thrown into his world on the tail-end of professional success, which perhaps leaves him feeling quite hollow. With one of his most recent tasks, he ends up making an older person homeless. She appears to be okay with this, but he isn’t. It transpires that he has quite a lot of mental baggage he’s been carrying for some time that he’s attempted to sweep under the rug, but this most recent experience sends him to the brink of killing himself.

As we join Price in these dark times, we get to explore his past. Is it a dream? Is he already dead? There are so many questions raised, and Distraint 2 does the honours of answering each one through a tale of flashbacks as well as lucid anecdotes that build the bigger picture. You see, Price isn’t such a bad person. That’s evident from the start. However, as you progress through the story, and dive deeper into his past, you realise why he is the man he has become. 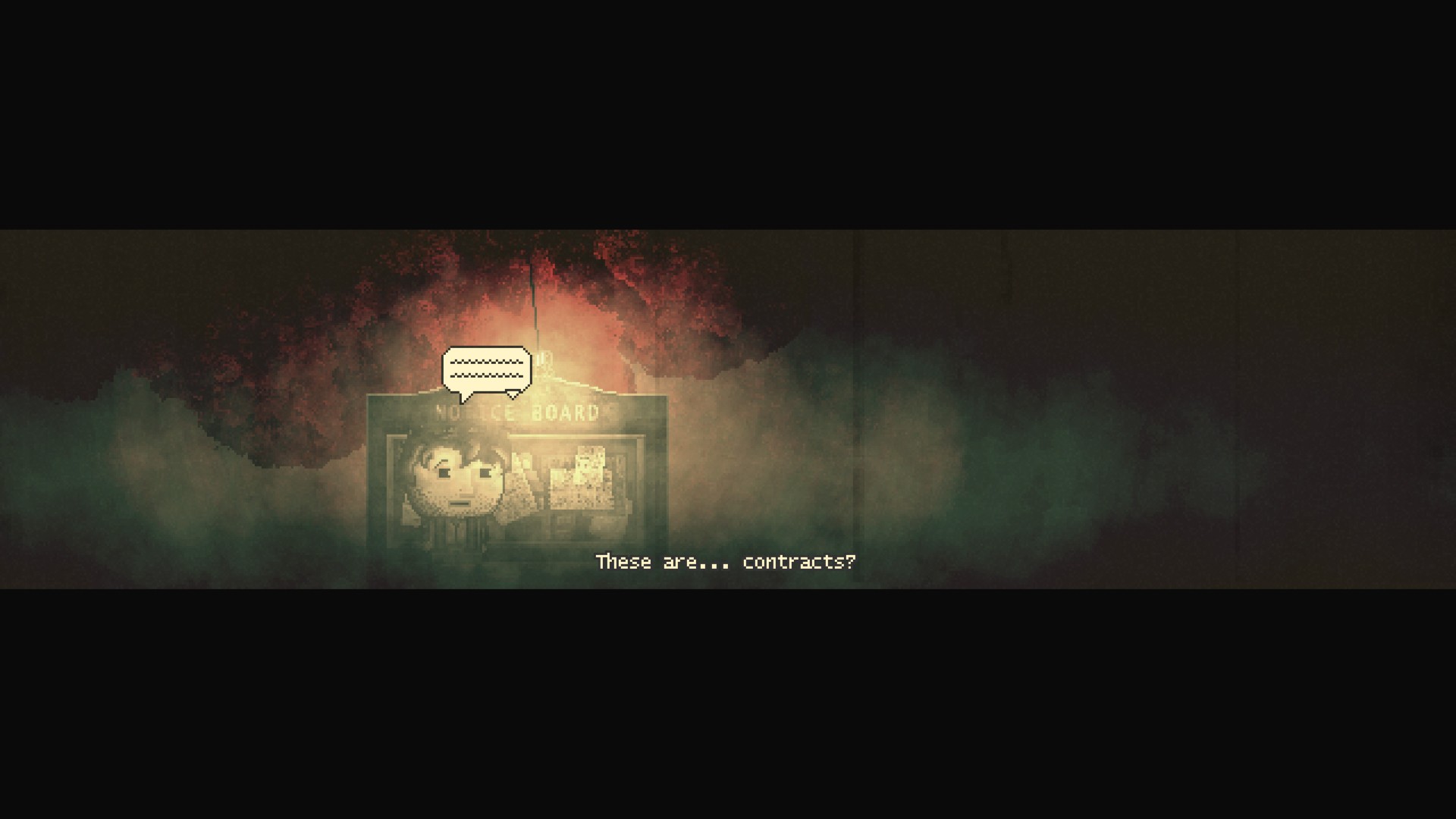 A relatively short tale, Price encounters various characters, each with a name associated with an emotion or state he has experienced – some more than others. Reason is a recurring character, as is Greed and also Agony. They all play a greater role and cleverly interlinked to offer a conclusion by the time you reach the epilogue. As mentioned, it’s a short tale and can be completed in one sitting as the puzzles aren’t particularly hard. There aren’t any environmental hazards to avoid in the game, such as traps or health restricting baddies.

That said, it is possible to die/fail sections, but with the frequent save points, you can quickly return to these and repeat once more. In fairness, this only happened to me twice. Once I encountered a character that somehow took my life on contact, and the second time was the same character, only I had looked away from the screen for a moment and when I returned, was already dead. It’s not remotely frustrating, however, and plenty of save points, though the game doesn’t feature an autosave, nor does it penalise you to save at each section repeatedly.

It’s an interesting presentation featuring a filter that makes the experience feel all the more disorientating. Price isn’t sure where he is, and neither should you. There are constant questions asked, and in some way reminds me a bit of the Lost TV series. Am I already dead? Is this just my imagination? Why did that fat guy never lose any weight when stranded on a remote island?

The music and sound effects are aptly ambient throughout and the dialogue reasonably minimal, but enough to tell a story about the human condition and themes that can affect us all in some way or another. 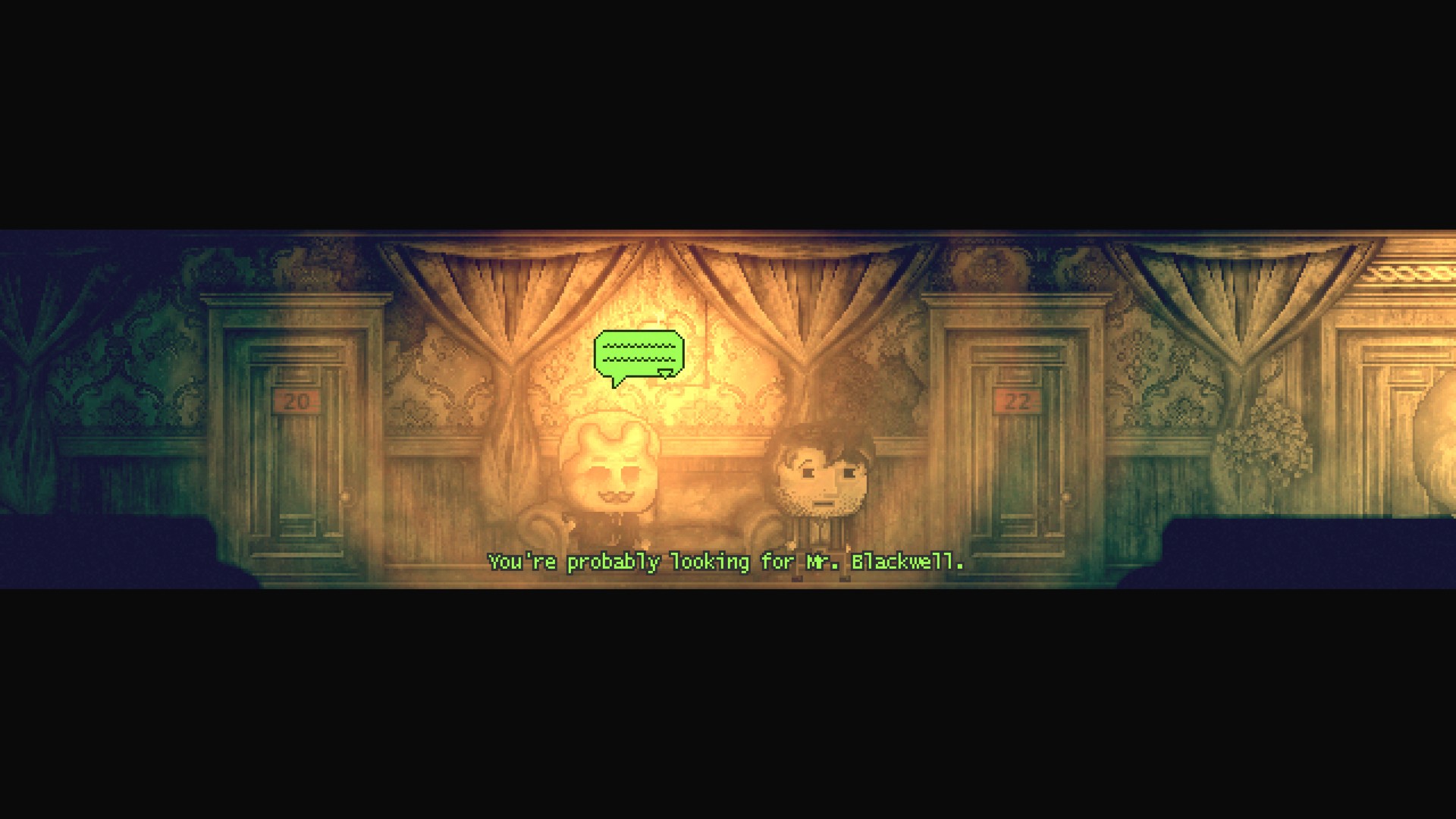 As mentioned about the puzzle difficulty, the same applies to the controls. It’s a simple setup of moving left and right in a 2D environment. Though it resembles a point and click feel, it’s straightforward. Walk up to an object, and you can examine it. If there’s an object for you to pick up, it will do so automatically, and to use said object on another, you press up or down on the d-pad and X to interact. It’s all pretty straightforward, allowing you to enjoy the story.

Playing environments are often short and separated by doorways so you can enter a room, or are sandwiched between two shadows. Either side of the screen is blacked out, so if you stray too far, you’ll be in the pitch black, and there will be tormented sounds coming from all over the place. Nothing gets you, and there’s no health gauge to worry about, but it was a better mechanic than the classic ‘invisible walls’.

As a puzzle game, there are a couple of backtracking moments where you have to run back and forth to places you’ve been to, but it’s never far. The run effect is a little like Gears of War. Well, not that elaborate, but if you’re impatient, you can run everywhere, but at the risk of missing a few hidden areas to unlock the trophies. Getting the platinum was relatively easy. I won’t be telling my friends that, but it sounds good.

Distraint 2 follows on from the previous title, and if you enjoyed that, this would have been worth the wait. Sure, it’s over relatively quick, but it makes a nice change to the typical indie titles that grace consoles, and it was a nice break.