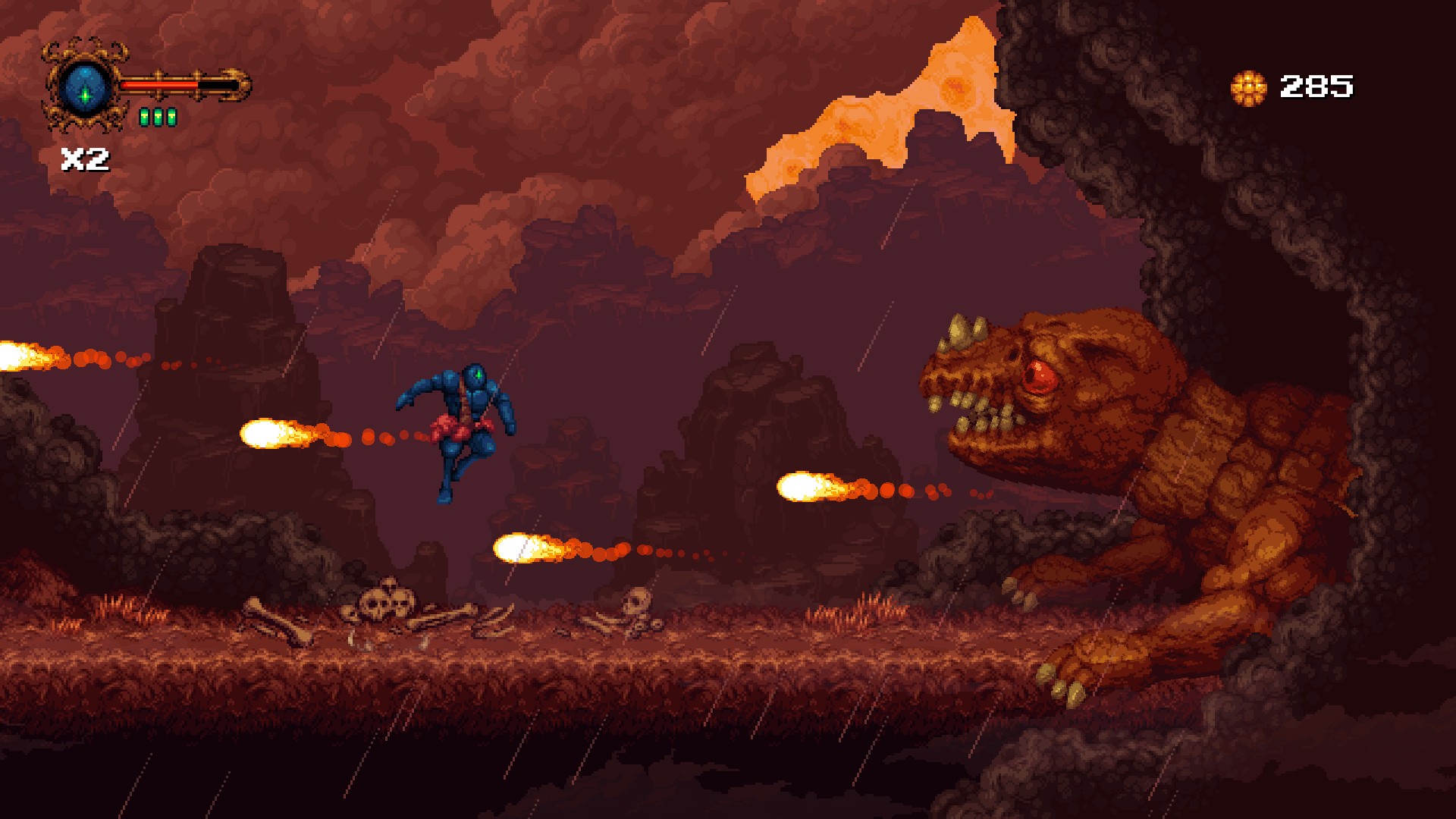 Primal Light is an action-packed old school 2D platformer. Primal Light is developed and published by Fat Gem. Primal Light got released on July 9th, 2020. And received positive reviews from the community for looking like a superb platformer from the 90s! What really makes me enjoy Primal Light is mainly because of the dark atmosphere and the difficulty. I enjoy playing difficult games since they encourage me to try again and adapt my strategies until I succeed.

In Primal Light, you take the role of Krog. Living a normal life in a tribe until one peaceful night, a tragedy occurred and made them all suffer. A god has punished the village with a curse and it is up to Krog to fix what has been broken. Krog has been tasked to find twelve artefacts that have been scattered across the land in order to save the tribe from the curse. The only thing that stays in the way between Krog and the artefacts is the danger that awaits. You will be up against devious traps and dangerous monsters! You might ask yourself what game modes are available in Primal Light? Well, there is pretty much is only a story mode! But to be honest, I really feel like that there shouldn’t be more than that. It already feels complete when it comes to modes, since the game already offers a challenging experience for those who seek it! 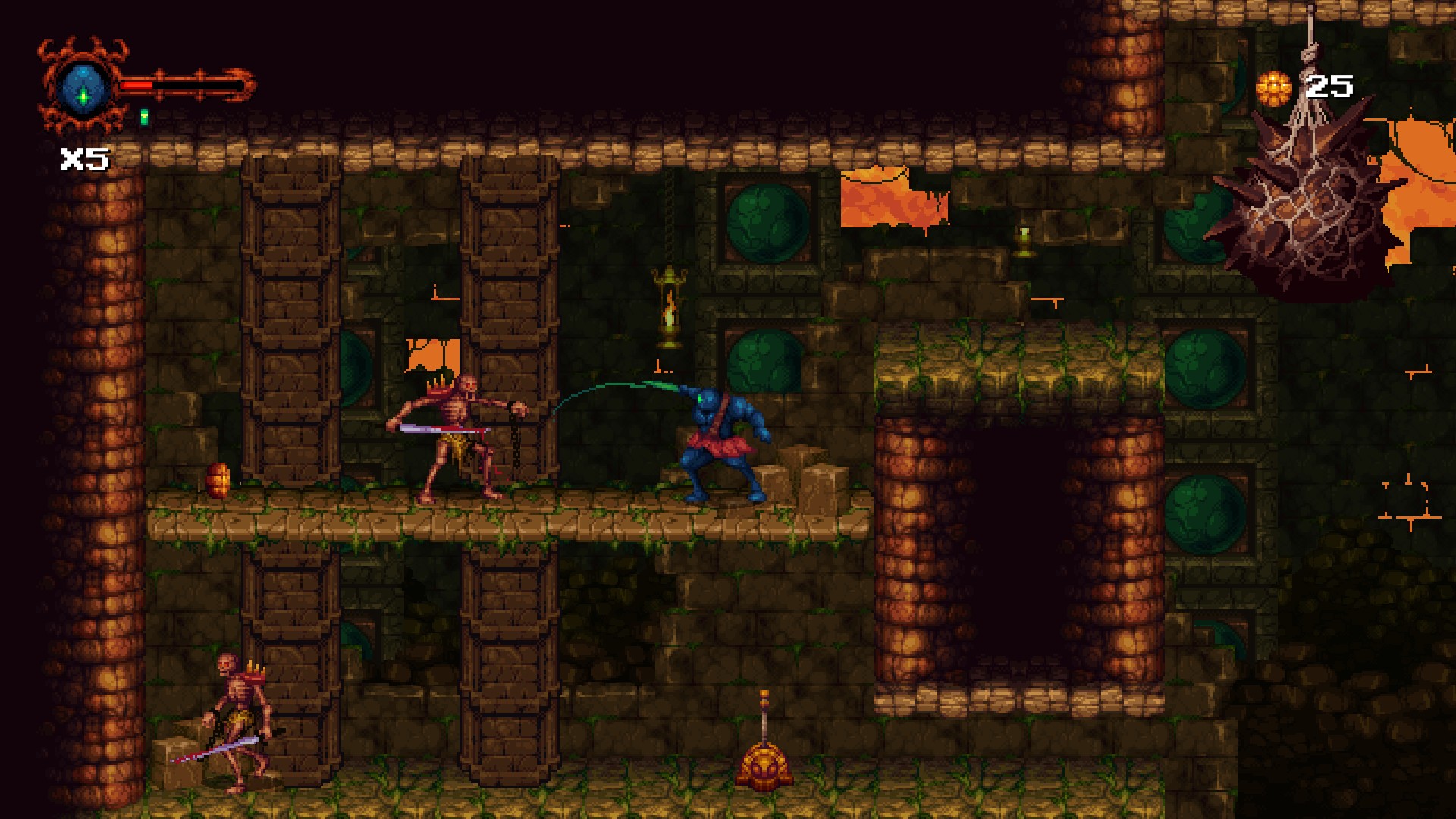 I would also like to talk about the pixel art in Primal Light. It looks absolutely stunning! The colour scheme is really well-suited for this type of game. Mainly because the game itself already has a pretty dark story. The gameplay and controls of Primal Light are pretty simple, but the game itself is pretty challenging! You can jump and roll, you also have a close-range melee attack as well as a healing ability that fills up your health bar about 50%. As you progress throughout the game, you will be able to find chests with charms in them. The charms will be equippable at the checkpoints and will give you certain buffs. You will also be able to gain new abilities as you make it through the game, such as the slide ability. The soundtrack is a really nice touch to the dark atmosphere of the game, it compliments it quite well because of the dark tunes. After all, most of the audio in the game really made me feel like I played a classic! 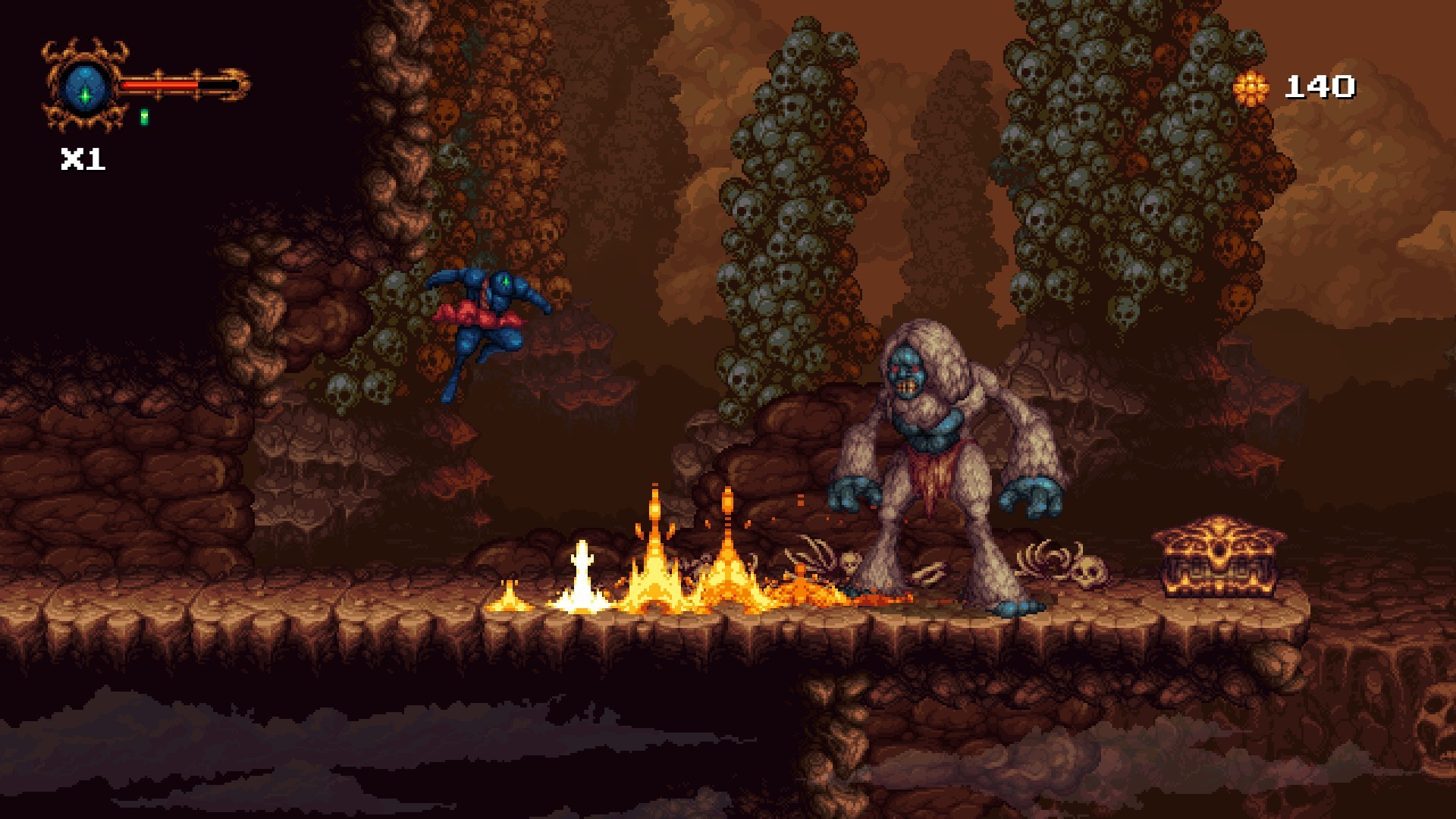 Playing the game on the “Normal” difficulty, I already feel like it is hard enough for me. I would also like to point out that the “Normal” mode was the intended experience of the game! If you happen to die throughout the stage, you will be respawning next to your last checkpoint! If you run out of extra lives, you will have to restart the entire stage. Some might think it is unforgiving, but I personally think it adds up to the challenge! Since there are three difficulty settings available, it truly makes it more flexible towards a larger audience of the players! You will soon notice that some bosses and some sections of the game will be quite difficult to overcome and will require trial and error in order to be beaten. You will have to learn the patterns of certain bosses and know when to strike and when to hold back! Oh man, the boss fights are so much fun! I really feel like that all the bosses are tough in their own way and that is what makes it more fun! I will definitely come back to Primal Light again, and that’s for the challenge!

In the end, I really feel like that Primal Light is a nice treat for those who likes a classic 2D platformer. Just like 2D platformers back then, most can be quite difficult. But if you are up for the challenge, I’m sure anyone who has a great time when it comes to 2D platformers will enjoy Primal Light as well.

To wrap it up, I really feel like Primal Light brings back what we like about classic 2D platformers back then. Being able to experience it again today is truly a treat!