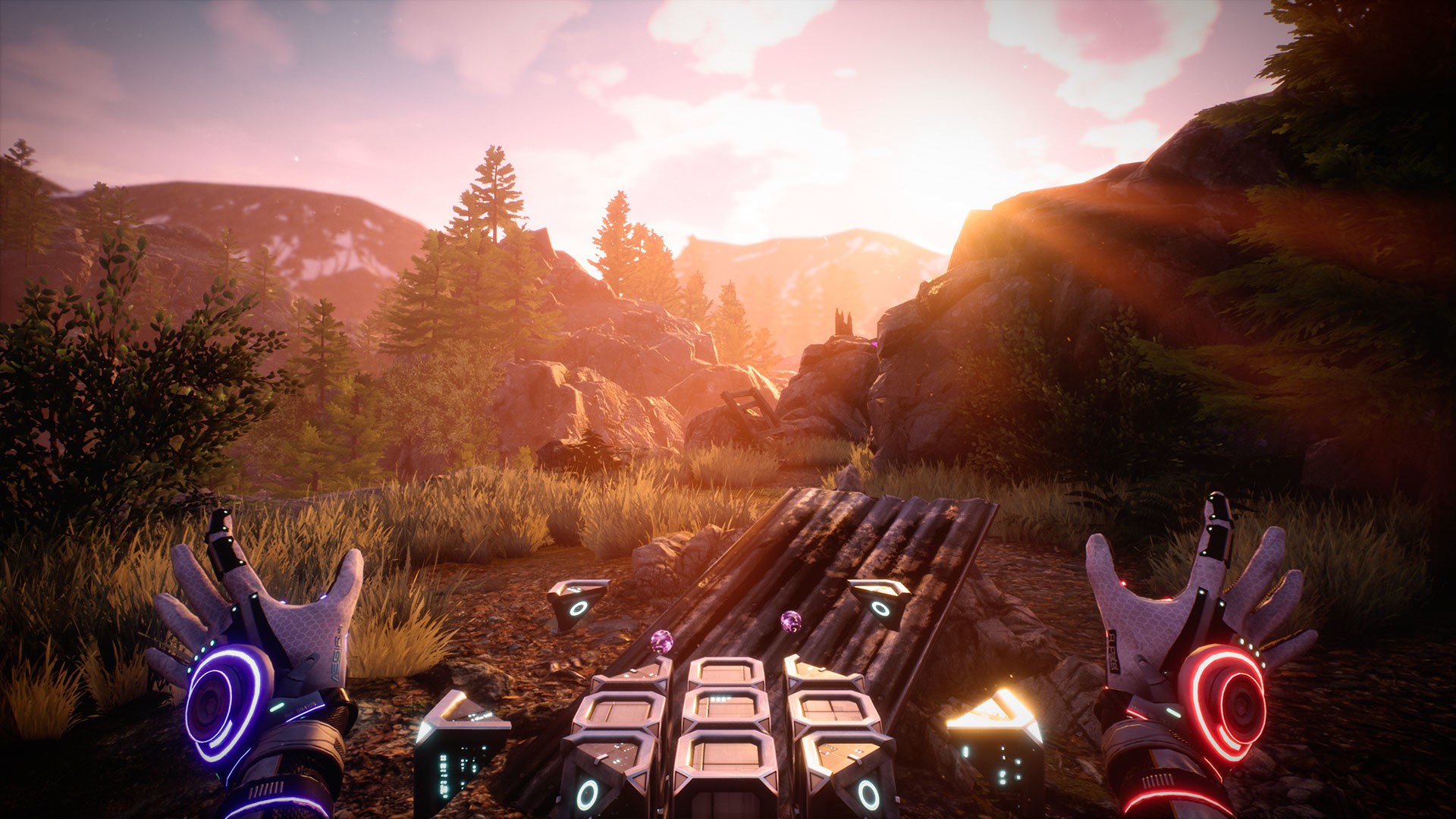 It seems a little bit unfair to compare Relicta to Portal, even a bit lazy perhaps, but you know what, everyone else will, so I’m going to as well. Honestly though, it really can’t be helped – as a first person physics-based puzzler with a sci-fi setting, female lead and chatty AI, Relicta really does tick all of the Portal boxes, except for, well, its distinct lack portals of course. Instead of those, Relicta puts an emphasis on cubes (although not of the ‘companion’ persuasion), that need to be manipulated via the magnetism and gravity-based abilities of your super sci-fi gloves.

Rather than getting to the end of any given ‘course’ using portals, here, you need to bring down the barriers in each stage by getting the required number of boxes from one area to the next in order to shut down the surrounding energy field so that you can continue on your adventure. It’s a simple enough premise at its core, but one elevated by some ingenious puzzle design and a surprisingly well-told story.

It’s a lot more earnest than its portal-based counterpart, but the narrative of Relicta is undoubtedly well written, even if it does suffer from some occasionally ropey voice work and put a little too much emphasis on dialogue delivered outside of the core gameplay experience. If you’re in to the story, it probably won’t be too much of a problem, but if you’re here primarily for the puzzles, then it’s likely to prove a slightly irritating, but easily forgivable distraction. 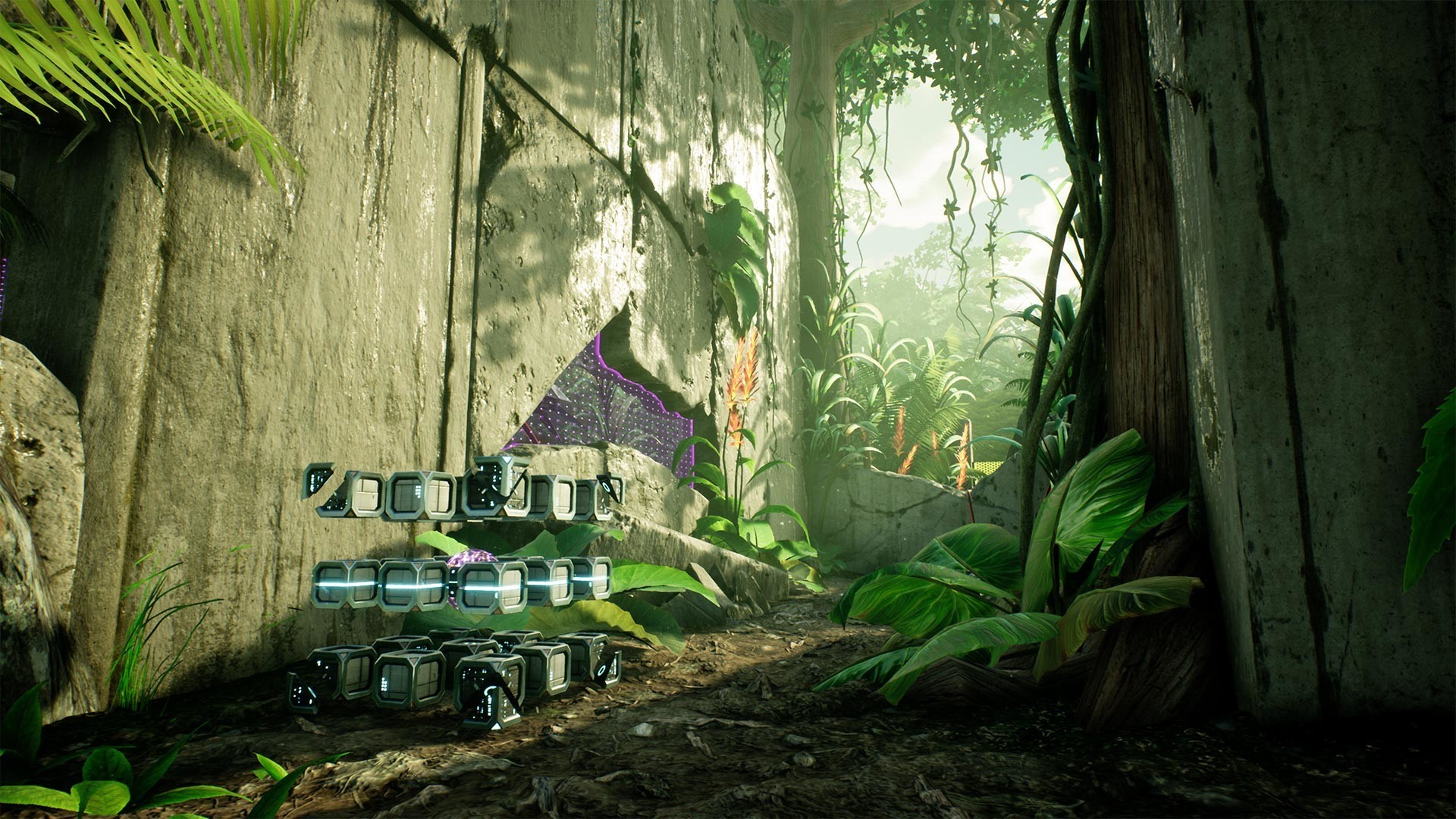 Saying that, I’d suggest that all gamers at least give the story a chance as the mystery surrounding the Relicta artefact, its effects on the Chandra moon base and its suddenly AWOL crew members delivers a solid and somewhat compelling reason to keep pushing through the games’ myriad of surprisingly complex puzzles.

Of course, some will find Relicta’s puzzles easier than others, but I for one found the mechanics and rules that power the experience initially obtuse. From managing the colour coded magnetic abilities of your gloves and how they are linked to the cubes scattered about the now deserted moon base to the occasionally ropey gravity abilities, Relicta’s puzzles are something that didn’t come as naturally to me as Portal’s, well, portals.

While it did take me a while to tune in to the abilities and puzzles of Relicta’s world, when I did, I soon found myself tearing through its puzzles at an enjoyably rewarding pace. There are still some surprisingly tricky areas later in the game, but once you click with the games’ mechanics, Relicta becomes a far less stressful and much more entertaining experience. 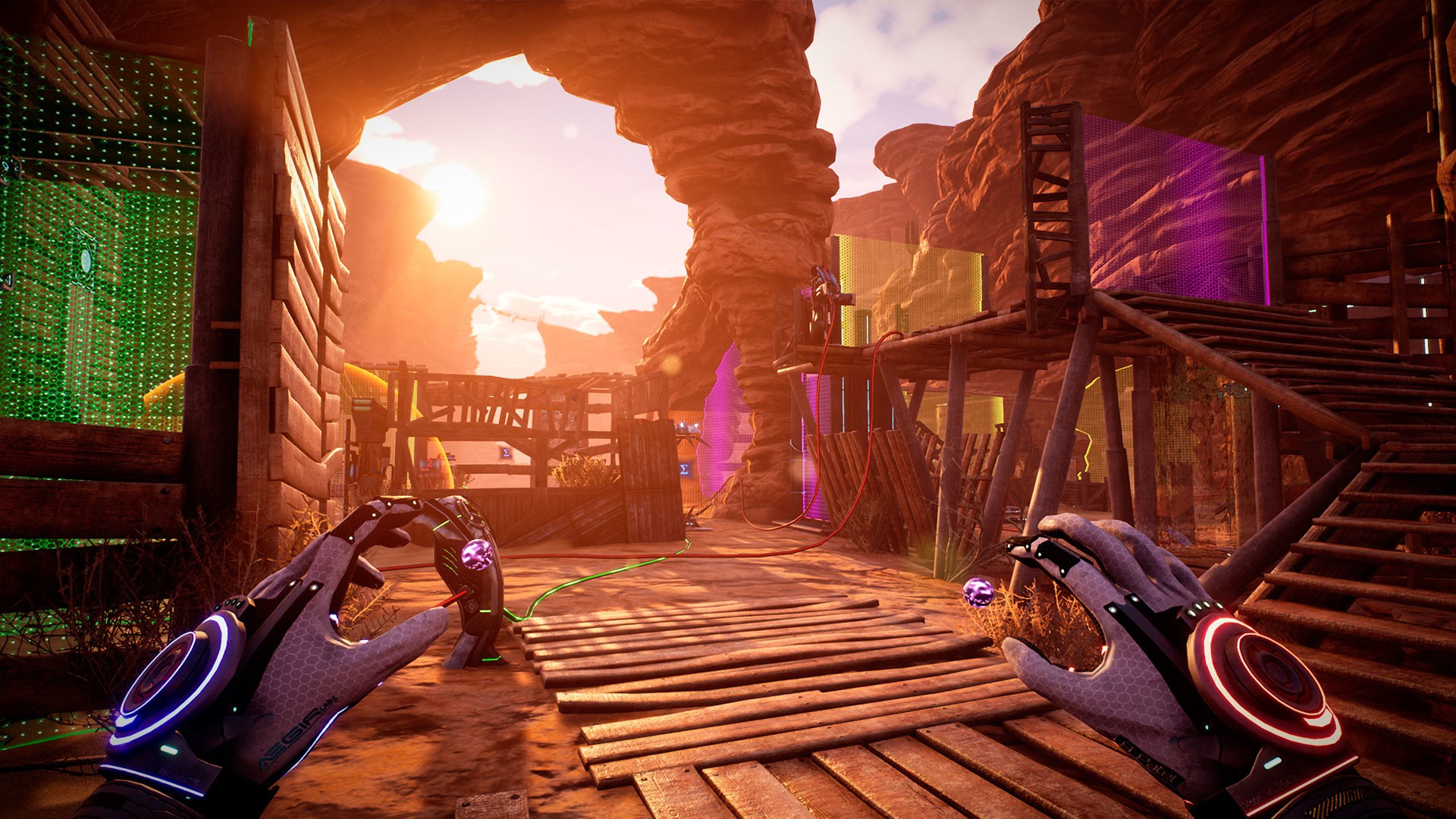 It’s a shame then that, as good as some of the puzzles are, and as surprisingly compelling as the story might be, inconsistencies in the games’ physics and the occasionally obtuse nature of some of its puzzles can lead to the experience becoming more frustrating than fun. It didn’t happen all that often, but there were a few occasions when rage really did get the better of me. In some instances, you could undoubtedly put that down to my lack of puzzle-based expertise, but there were at least a few occasions in which I knew what I had to do, but was denied by those inconsistent mechanics / physics. As angry as I might have been in those moments though, it speaks to the general quality of the game that I never once considered quitting – I always wanted to see the next puzzle and was always driven forward by the compelling narrative.

While it arguably lacks the style of Portal, one thing that Relicta has in its favour is its utterly gorgeous visuals. The ‘stages’ themselves are actually rather small and do come with some unpleasantly unsubtle invisible walls, but from a purely visual perspective, Relicta really does have all the hallmarks of a triple-A developed video game – it’s genuinely amazing that a relatively small indie developer has delivered a game that looks this good. Yes, it is set on the moon, but Chandra Base where the game is set is home to a wide variety of ‘outdoor’ environments that not only look spectacular, but ensure that a sense of progression is cultivated beyond the mere completion of the games’ puzzles.

With its varied environments, gorgeous visuals, deep lore and enjoyable narrative, Relicta is more than just another hastily constructed Portal clone. It has its own unique tone, some ingeniously constructed puzzles, and in Dr. Angelica Patel, a genuinely compelling lead. The occasionally wonky physics can prove somewhat frustrating, but for the most part, Relicta delivers an otherwise top-tier physics-based puzzling experience. The somewhat obtuse nature of its core design might prove an initial hurdle to some (it certainly did for me), but when it clicks, the ingenuity of its design really starts to shine through. Mighty Polygon and Relicta appear to have come out of nowhere, but based on this impressively constructed puzzler, they’re a developer worth keeping an eye on.

The occasionally wonky physics can prove somewhat frustrating, but for the most part, Relicta delivers an otherwise top-tier physics-based puzzling experience.