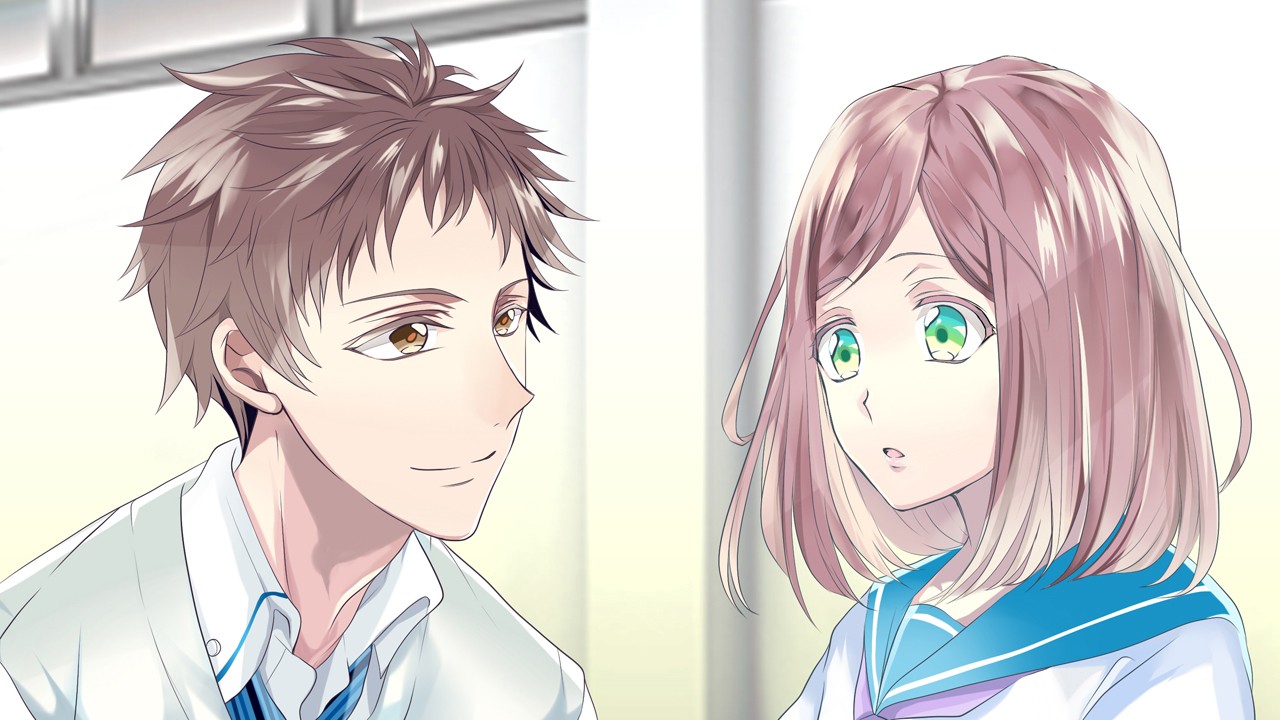 I just can’t help but love otome games. In this particular case, Spiral Memoria -The Summer I Meet Myself- caught my interest. Besides the stunning artwork, the game sounded like it had a great premise as well. That being said, I was slightly hesitant as this visual novel is a mobile port, and I didn’t make a lot of good experiences with most of them except for a few. Regardless, it’s hard to say how a game will turn out before actually trying them — so here I am.

Spiral Memoria -The Summer I Meet Myself- introduces the heroine who lost her all of her memories two years ago in an accident. However, her parents were luckily very understanding and helped her out a lot. Everything she knew was from her parent’s story, although a lot of things seemed odd recently and didn’t add up. Eventually, she has to decide whether she wants to find out the truth or just live her life peacefully like she previously did. Maybe she will even find love along her way of pursuing the truth.

So, first of all, Spiral Memoria -The Summer I Meet Myself- had a promising start. I mean, it has handsome guys and a mystery that was just waiting for me to get resolved. I couldn’t ask for more. However, I, unfortunately, wasn’t really satisfied with the plot nor romance. Let me tell you why: This game was simply too short to be able to build up a proper narrative. It took me an hour to finish a route which already shows that there isn’t a lot happening in this game. 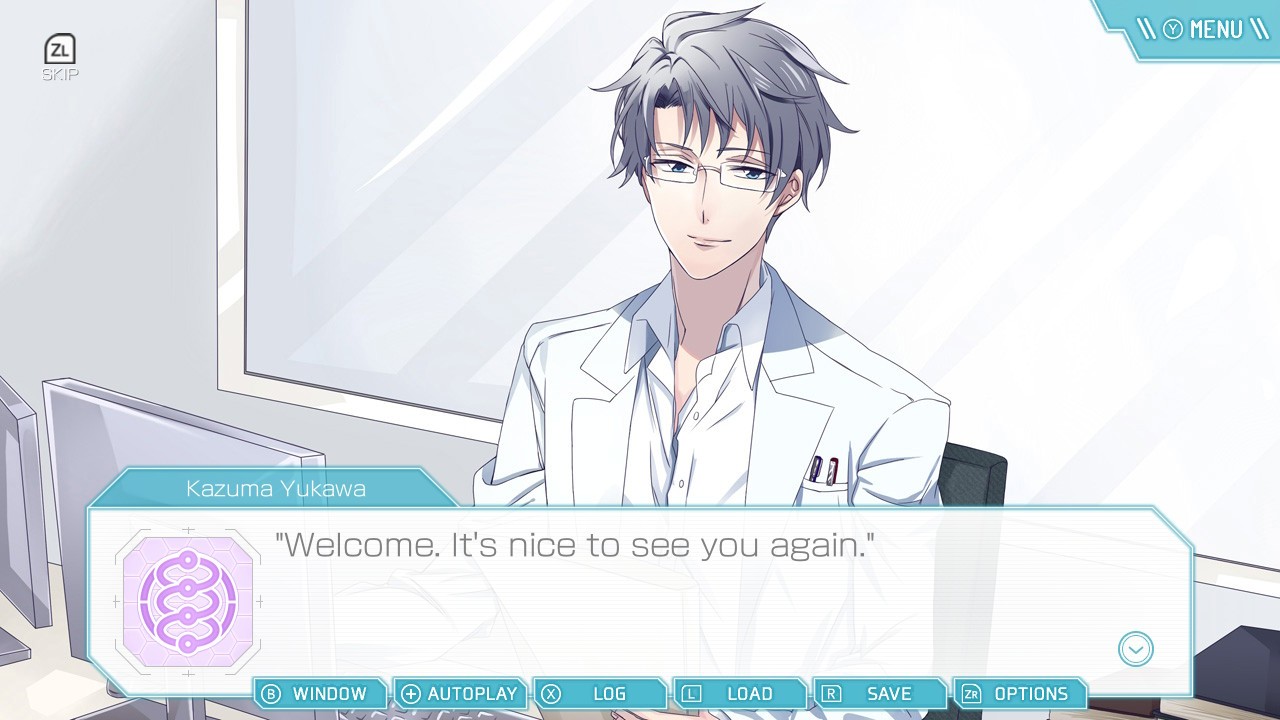 This visual novel is split into two arcs. While the first one only implements slice-of-life scenes, to show that both characters are slowly getting closer to each other, the second half is where the mysteries are getting revealed and the heroine finally finds out more about herself. Don’t get me wrong, the romance scenes were sweet, and I liked each guy, but there were not enough events available so I could properly relate to their feelings. I found the confessions came out of nowhere at times and while I shoved it off as “love at first sight” in the first route, I occurred this issue in all of them.

Now, let’s move to the plot. I actually liked the plot twist, and it was something that definitely made sense according to the previous hints in the game, but at the same time still surprised me. However, the pacing is off here as the revelation takes place near the end of the game and before I could digest the happenings, the credits rolled. I felt dumbfounded and all I could think was, “What? That’s.. it?”. It left a sour taste in my mouth and I wished the story would have been more fleshed out, giving me time to comprehend the happenings.

A huge issue I had with the plot is that it’s the same storyline for every single route. So, when I went through the same happenings more than once, it quickly felt dull. The same plot got used repeatedly, but only with another romantic interest. I’m positive I could have enjoyed it more if I didn’t play all routes right after another. However, that doesn’t change the fact that it’s repetitive and I already knew the whole plot twist after the first playthrough. At times, even the same dialogue got added into another route, which made it even worse. 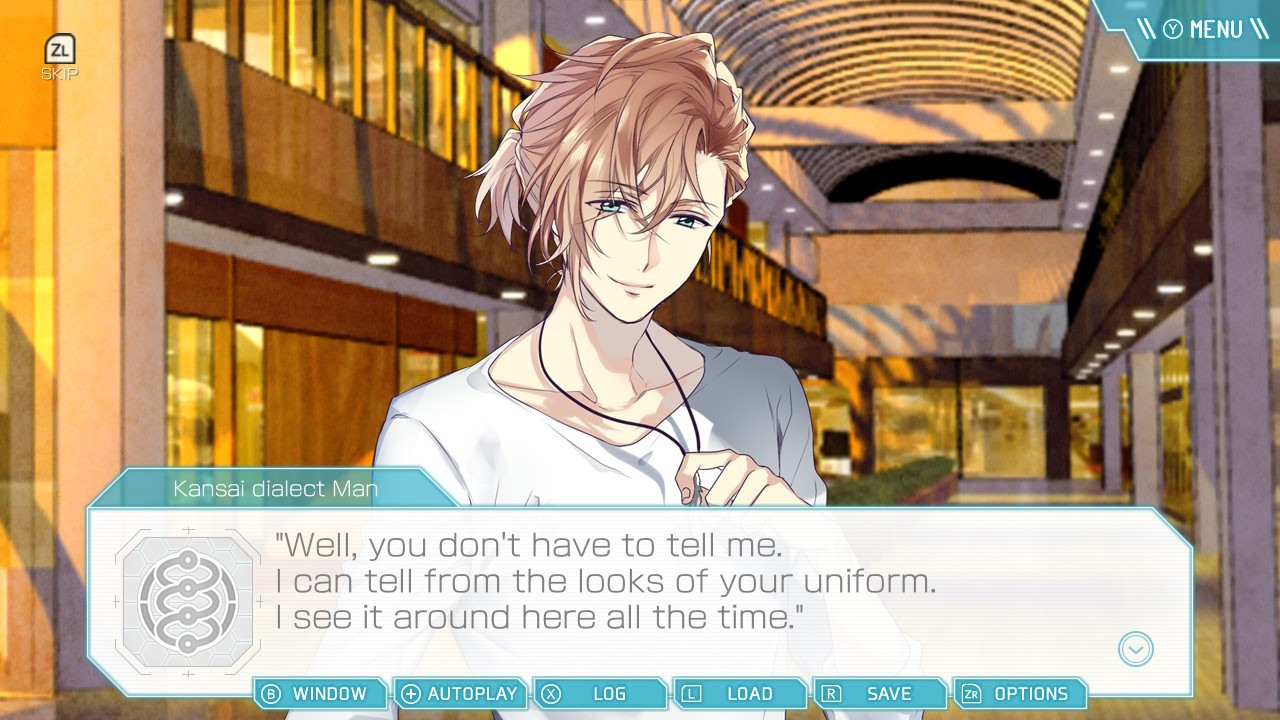 There are four romanceable guys available in total in this game, as well as choices throughout the routes. The player can choose a guy they want to romance right after the prologue and that’s an aspect I quite liked as the game doesn’t waste its time with a common route but goes right into the real deal. However, a downside is that the choices don’t matter at all, except for when the player is hunting for all CGs, and only the last answer impacts the ending. And to top it off, it was obvious which choice would lead to the true or normal end.

Graphic-wise, Spiral Memoria -The Summer I Meet Myself- is gorgeous. There are only sprites available for the guys and the female protagonist, although the one for the latter only showed up in the corner during her dialogue. Something I noticed is that the backgrounds are looking off and even slightly blurry. This was present for some CGs as well. Anyway, there are nine CGs available in total for each love interest which can be visited any time in the gallery. Besides that, the visual novel is fully voiced except for the protagonist, and the soundtracks were pleasant to listen to.

Spiral Memoria -The Summer I Meet Myself- had a great premise, however, it wasn’t well-executed. With the short playing time, I found the story and romance weren’t fleshed out enough and I couldn’t relate to the characters. It’s even worse that the same plot twists and reveals get used for all routes, which made it tedious for me to go through them. Overall, if the reader plays through one playthrough, they already know every mystery and I didn’t feel like I had any new insight with the new routes, as they all go the same way more or less. That being said, Spiral Memoria -The Summer I Meet Myself- has stunning sprites and CGs and I enjoyed the sweet moments but it doesn’t come without its shortcomings.

Spiral Memoria -The Summer I Meet Myself- Review

Find your true love and self in this romance, mystery visual novel.