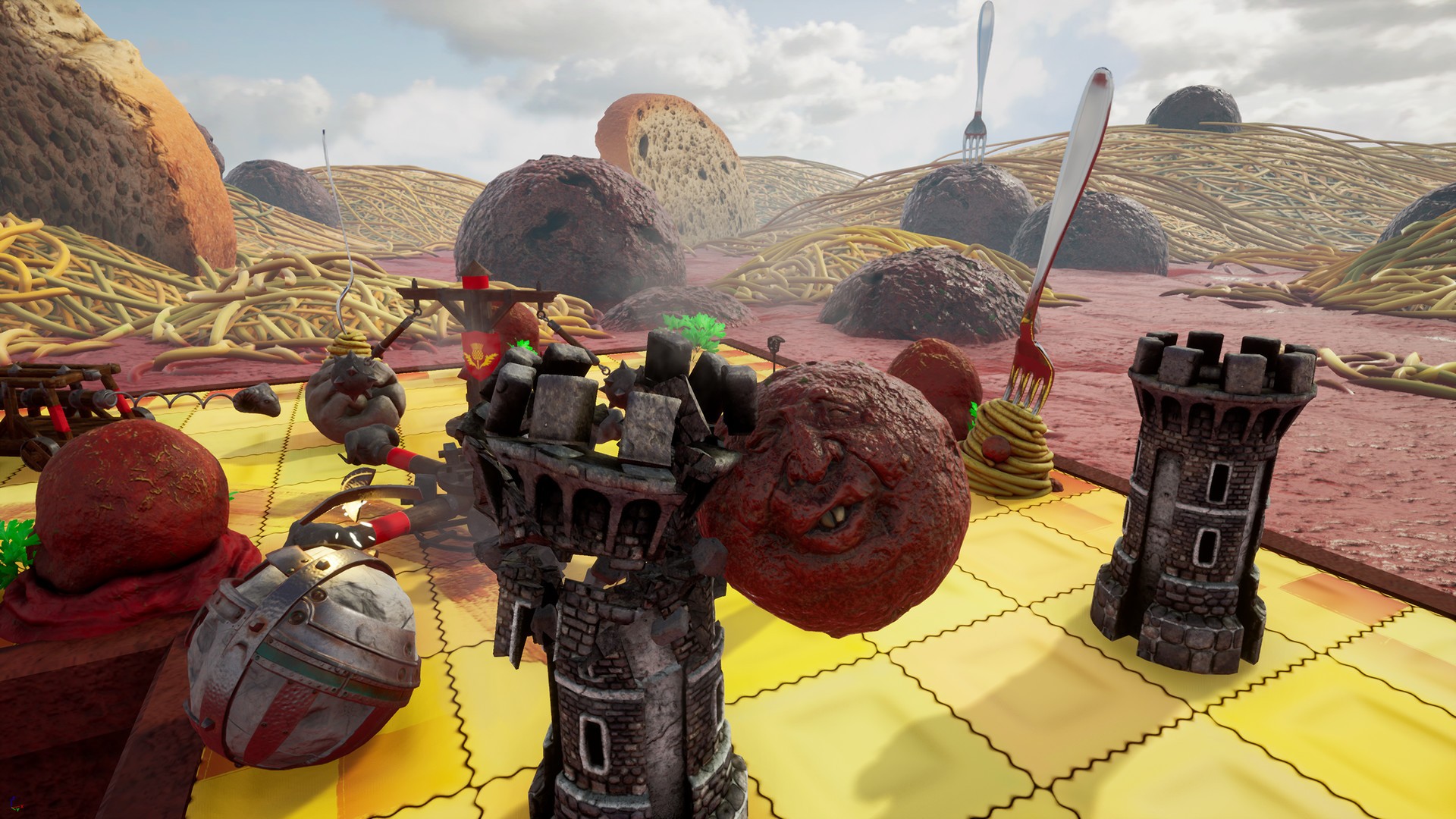 ACE Team is one of those studios where you can immediately recognize their products, there’s just something about their titles and unique aesthetics that always seem to nail it. The Rock of Ages saga is a perfect example of that, as it’s now on its third iteration and the ball shows no signs of stopping (pun intended). Not only there’s a series of single-player levels and cutscenes that players have come to love when it comes to ACE Team’s quality, but there’s also 4-player online multiplayer, 2-player cooperative split-screen, as well as a new map editor which allows you to create your own tracks and share them with other players.

If you don’t have the slightest clue as to what Rock of Ages is all about I honestly wouldn’t blame you. ACE Team’s titles are not particularly famous, but they’ve certainly found a niche audience that just can’t get enough of it as it seems. To put it in simple terms, Rock of Ages is what you’d get if you were to mix a downhill boulder racing game with tower-defence elements. However, in reality, there’s a lot more to it than just that. It might be complicated to try to picture what this really entails; but, rest assured, the game is extremely simple and easy to understand once you see it in action. 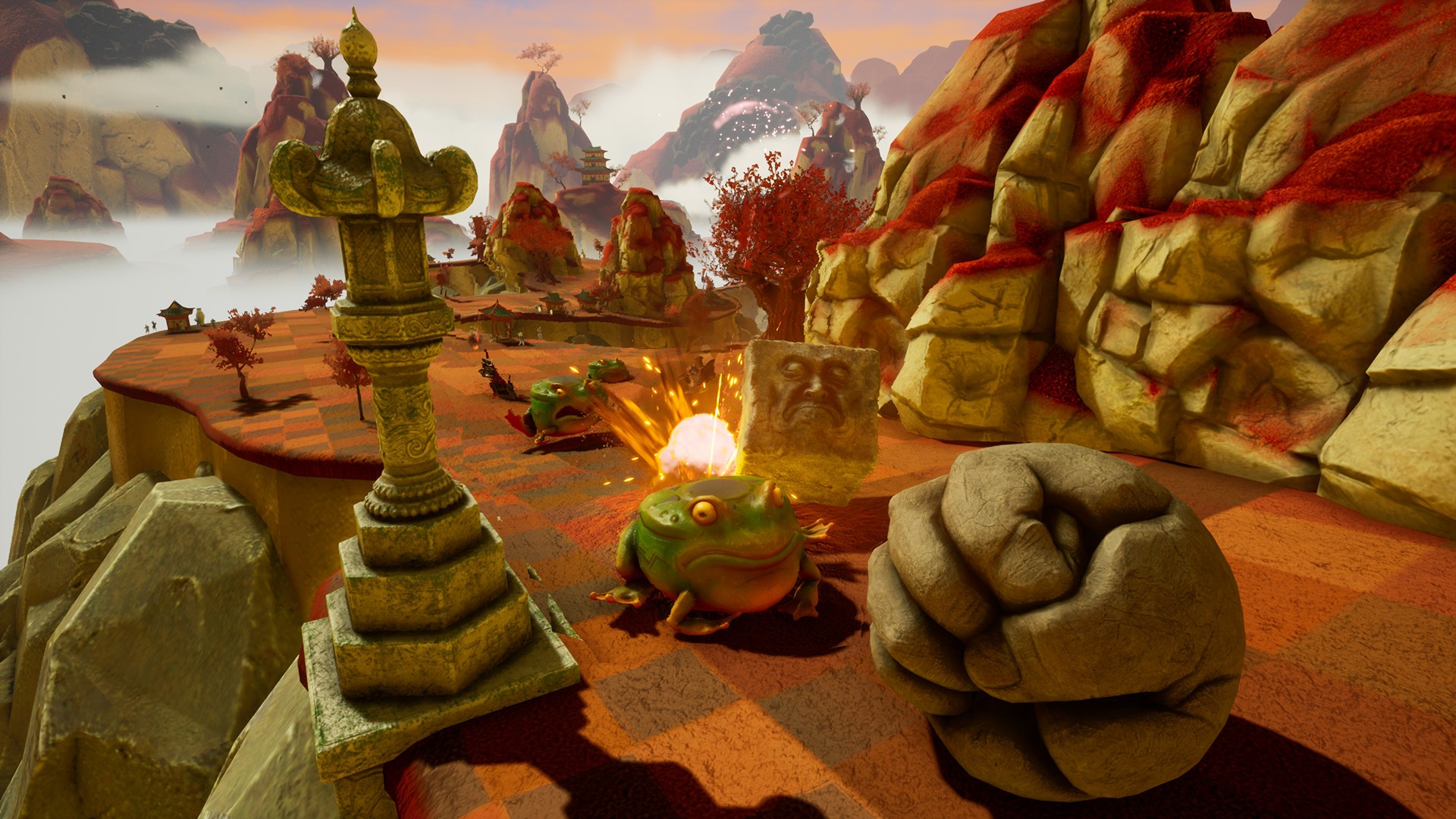 Before getting into the meat of Rock of Ages 3, it’s important to specify what the goal is in this strange game. To keep it simple, the objective in each level is to lead your boulder down a track to your enemy’s gate and ram your boulder against its gate. The first side to successfully breach the other’s gate wins. Now, this is only half of the gameplay, as while you’re rolling down the track you have to avoid enemy defences and units whose only goal is to stop you from reaching their gate or, at the very least, to slow you down so that you lose momentum and don’t crash into their gate at full force. Likewise, you’ll also be setting up your own defences along another track that leads to your castle. It’s almost as if we’re getting two games for the price of one, no?

In any case, if there’s one thing that really sets Rock of Ages 3 apart is the gameplay, which is pretty much exactly as I remember it to be from Rock of Ages 2, which is good news if you’re a fan of the series. Besides, what was already present in the previous game, the developers have expanded the catalogue of boulders and defences. There are over 20 boulder types that you can unlock and choose from, with each having different stats and some having an extra function that can prove useful in certain scenarios. Not only there are plenty of boulders made out of different sorts of rock, but there’s also a meatball, a cheese wheel, a snowball and plenty of other weird options. As for defensive units, you can expect to see all sorts of crazy shenanigans, from Da Vinci tanks to gigantic creatures that stun enemy boulders, from trebuchets to cannons and airships, there’s plenty to choose from as you make your castle impenetrable. 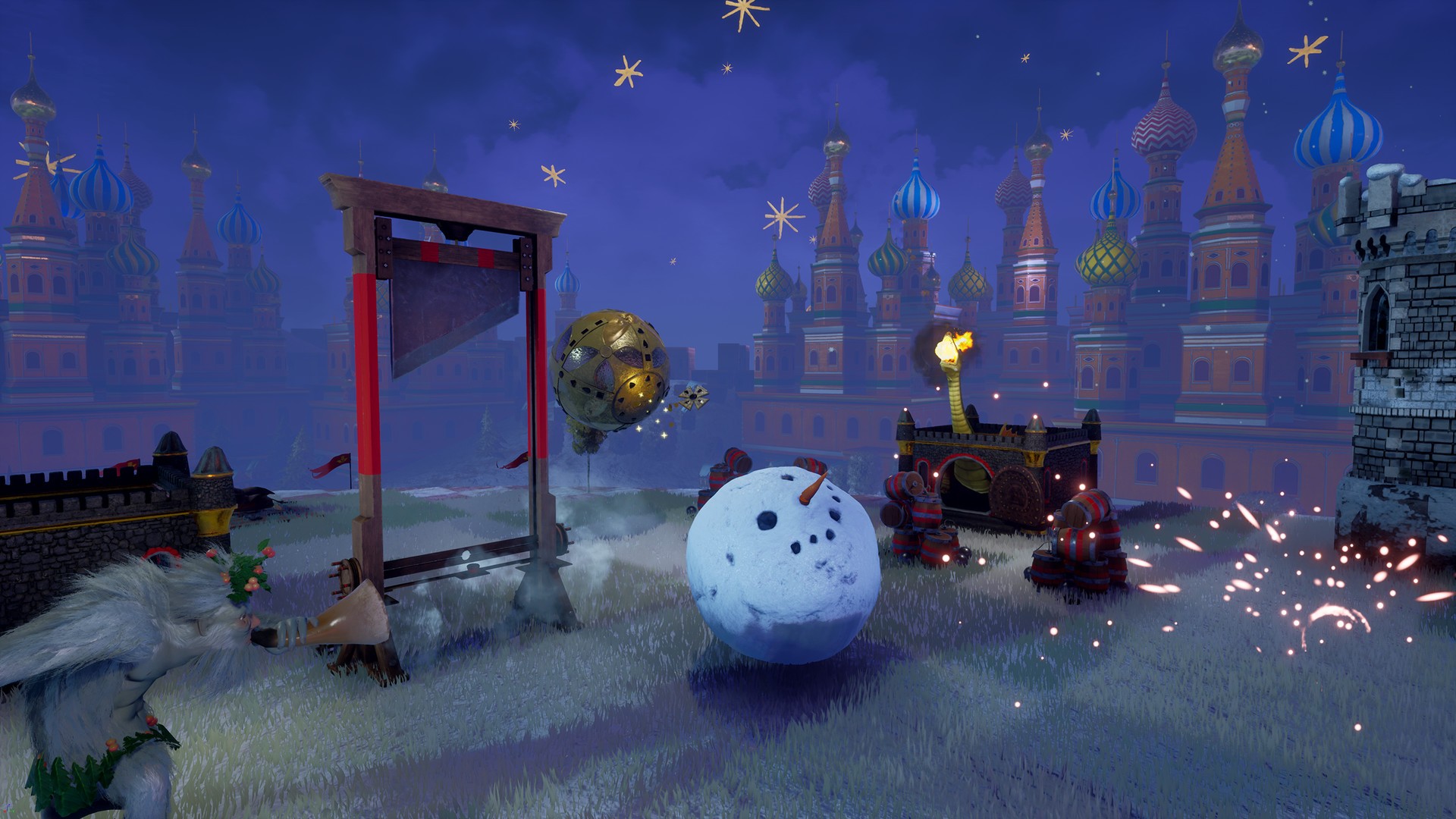 Rock of Ages 3: Make & Break doesn’t really feature a single-player campaign in the usual sense, instead it features a series of levels that can be accessed through a world map. However, in order to unlock these levels, you have to perform well enough in previous levels so that you’re awarded with enough stars to allow you to unlock subsequent missions. Besides the main missions, which do contain the typical cutscenes found in previous games, there are also a lot more challenges that also reward you with stars upon completion. Still, these challenges are different game modes, such as races and time trials, and some also allow you to unlock new units, so you should definitely be doing this if you want to experience everything that the game has to offer. Furthermore, there are also some boss fights which feature unique mechanics compared, which I found to provide a nice change of pace since they do require a substantial amount of stars to unlock when compared with the rest of the levels.

Although I’ve enjoyed Rock of Ages 3, I didn’t find its humour, story content and cutscenes to be on par with the previous franchise instalment, and from what I’ve seen, it seems that I’m not the only one feeling this way. In any case, Rock of Ages 3: Make & Break is more Rock of Ages, and if that’s all that you wanted, then I don’t think you should hesitate on pulling the trigger on this one. Rock of Ages 3: Make & Break undoubtedly shows that ACE Team still knows what they’re doing and I’m definitely keeping my eye on their future games.